Mamita, Aren’t You Tired of Crying?

This Month is Lit: Jaime Chu reviews Leopoldine Core’s When We Watched.

Looking for a pick me up? Check out this new track from Philadelphia-based producer Nebraska “Death to the Klan”. 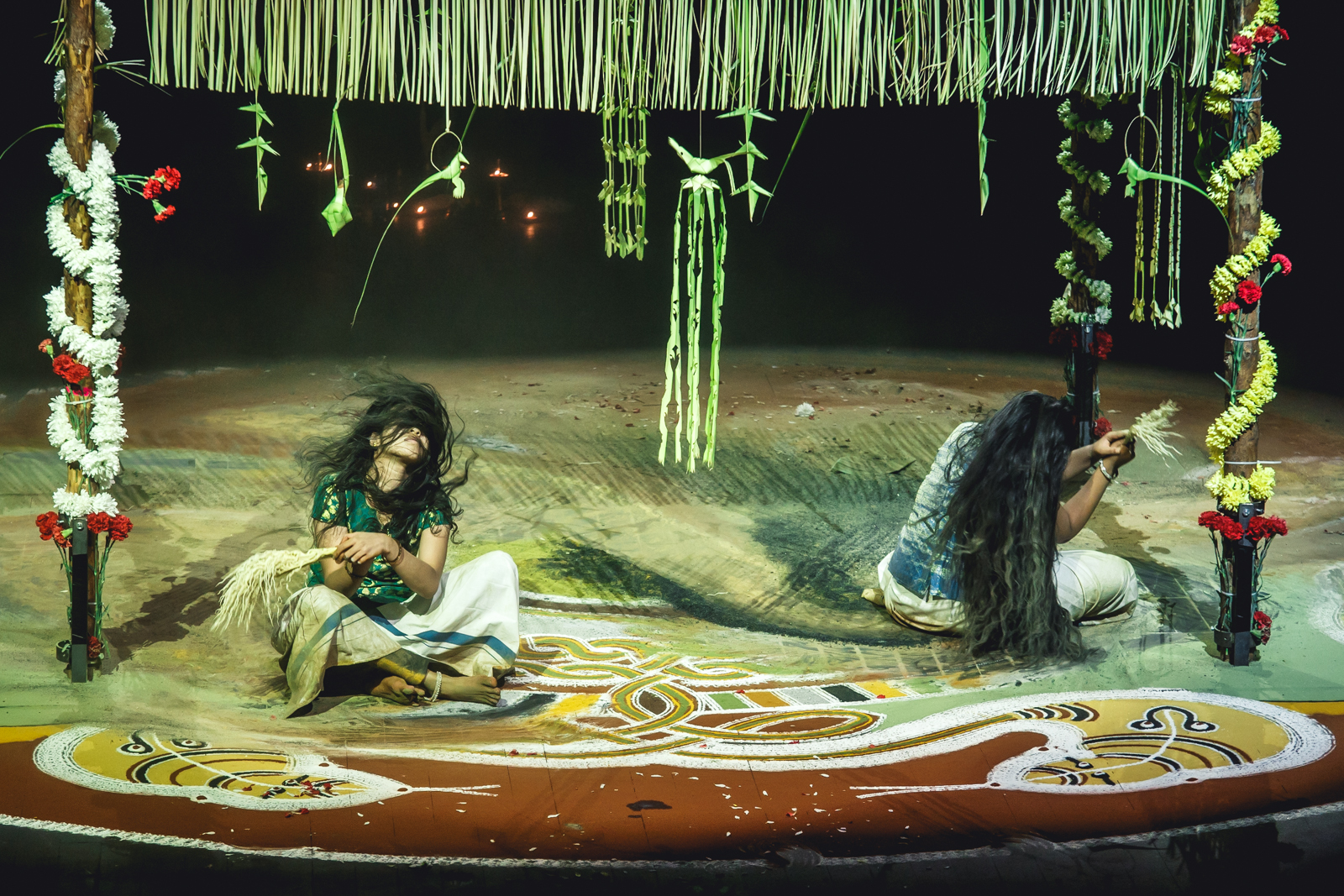 Mamita, Aren’t You Tired of Crying?

A few weeks ago I was on vacation in Miami and on the first morning of my stay I get a call from my mom. Whispering, she asked me what I was doing.

She asked why I hadn’t sent her pictures, why I hadn’t texted her when I landed. Why it seemed as though she hadn’t crossed my mind. It is not uncommon for me to leave and each time I do she tells me she hopes I will be different – kinder, more considerate. She cries so that I am aware of how much this bothers her. She squirms and moans over the phone and the long distance echo of her discontent evokes what it must feel like on the Day of Judgment. I should feel awful for making my mother cry but I have seen her cry so much already that often I think, “mamita, aren’t you tired of crying?”

I tell her she shouldn’t have these sorts of expectations.

“Frankly I find it odd and melodramatic that you are crying. It hasn’t even been 24 hours since I left,” I say.

And more, we don’t live together. We don’t even share an area code. We haven’t for several years now.

“Mom, you’re not my girlfriend.”

My mother crossed the border into the United States when she was 27, lured in by the promise of love that my now-estranged father coated in fool’s gold. Her family begged her to stay when she announced she was quitting her job as a schoolteacher in Peru to follow him. Despite having lived all her life in the same home, she left with unexpected ease. She slept for the first time in an unfamiliar place, as one of several anonymous bodies nestled in haystacks or crammed into the back of a utility van. She relied on the frontera equivalent of pimps, strangers who made a living protecting illegal immigrants on their trek north. She glows when she recalls her feat.

“I was once also daring,” she says.

True love is eternal. Good deeds are rewarded. If not for her sacred ideals and lofty fantasies, perhaps she would not have come here. Although she was qualified to teach in her country, the teacher certification process in the States required an American Master’s degree – i.e. time and money. Her partners – always machistas – discouraged this pursuit, playing instead on her desire for the sort of nuclear family life she experienced in Peru. He would make the money and she would manage the home, the finances, and the children. She worked tirelessly in the service of her loved ones; a self-imposed bond of enslavement woven from her dangerous investment in a quixotic understanding of marriage and motherhood.

I try to remind her that she made a sacrifice for us kids when she decided to stay in the U.S. Because of her, I learned French and studied old German philosophers for four years. I’ve travelled to 19 different countries. I can afford a membership at a hot yoga studio.

Still, in her sleep – I wonder which life it is she likes to dream about.

I grew up with a fucked up sense of authority. With no consistent father figure actively involved in our home life, I felt in many ways like my mother’s partner throughout my adolescence. I was born in America and my first language was Spanish, but I picked up English shortly after being initiated into the public school system. As I developed a stronger understanding of oral and written language, I became somewhat of an assistant to my mother. I clarified documents for her, defined and explained the nuances of certain words, edited her emails – sometimes I pretended to be her in important telephone conversations with bank people or government officials. She preferred this as her accent was pronounced and she hated being told, “Ma'am, I can’t understand you.” Sometimes, I would keep information from her by withholding an explanation – school functions and parent gatherings for instance. I liked to think I was managing on my own.

Even as a little girl, my slightest rebellions disturbed her. I was an unknowable little person, so much that it made her shake. “But you are my daughter,” she would say, “the first thing I ever made.” She refused to attribute our differences to personality or nature; for her, my actions were always personal, wrought with betrayal.

She often accused me of defecting, of becoming una gringa.
“Yes,” I remember telling her, “So what if I am?”

I was uninclined to physical affection. I did not like to be touched. I was secretive. I spent too much time alone in my room. I was often reproached for speaking like an American, of succumbing to the form and content of English, which she found so harsh and objective. At the very least, losing Spanish as my dominant tongue might have provided her with the comfort of an explanation for my deficiency of warmth.

“When you speak, culebras y arañas spill out. A young girl is supposed to make flores y mariposas.”

I remember looking at my tongue in mirrors, observing the meaty bristles and the white discoloration that would ebb and flow as I scraped my tongue back and forth against the top row of my teeth. I imagined pulling out morsels of sunflower from the corners of my mouth, the brown chunks of its seed head slathered in thick saliva. Surely flowers were vile, too.

I was in high school when my mother began menopause, which proved for us an unfortunate collision of mercurial temperaments. I was typical; reckless and eager to fill my teenage bucket list with small victories – namely, getting fucked and smoking weed. I got alcohol poisoning my sophomore year of high school and my mom never took me to get my stomach pumped. I squirmed around in bed, drunk, vomiting, and then hungover, as punishment. She called me a gringa as if it were some sort of affliction and I spent the rest of high school trying to convince her I was not like all those god-denying white people I called my friends. Even then she was suspicious of any extended outing, seeing it as an occasion for cultural possession – as in, the sort of possession that needs to be exorcised. I often lied and we argued routinely.

With such ease would we burst through the veneer of propriety, the ideal hierarchy of the mother-daughter relationship that never really existed for us in the first place. When we screamed at each other our faces would light up crimson red, our complexions burst out in what looked like a rash extending down to our necks; we would rustle our feathers and stand toe-to-toe, our noses touching. Stand down, concede to me. Sometimes, she would grab a wooden spoon and chase me around trying to strike at some part of my body. No, I would have never stood still for a proper beating. Why take that? I was always much larger than her anyway, her being a petite woman with chicken legs and I, your average thunder-thighed American. In any case, I don’t take offense to her impulse to beating, as I made equal displays of physical aggression. Besides, it practically emphasized our intimacy — you don’t feel comfortable to act this crazy around just anyone.

We tend not to argue since I left home. Distance provides a reason for difference. Though I’ve noticed she always calls from home, and I, from different places. 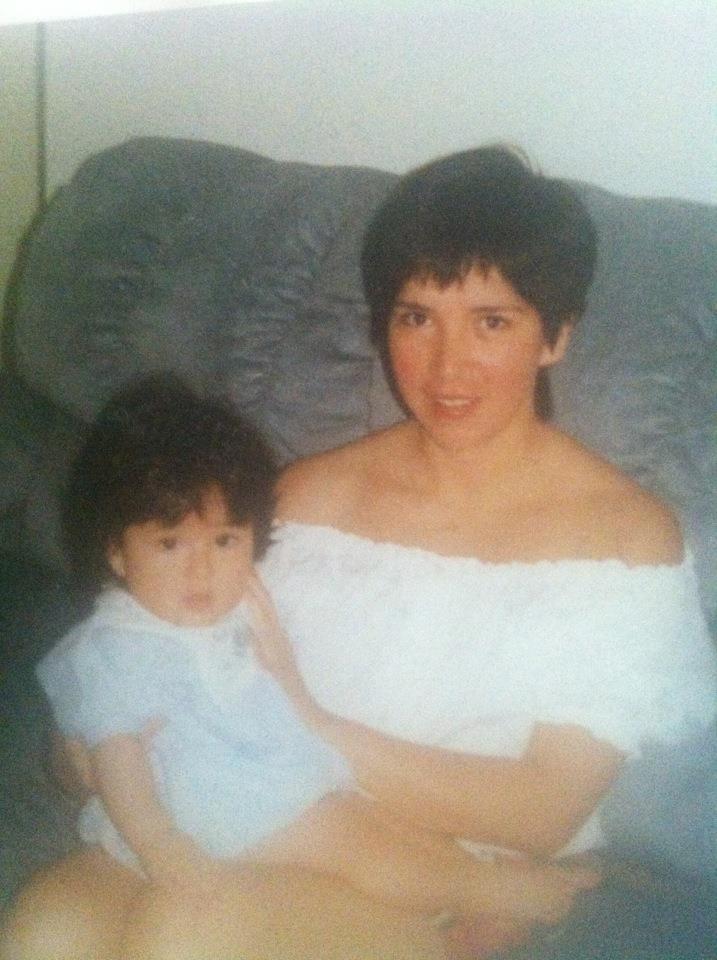 I was studying at a university in southern Virginia when she told me over the phone. She sounded as if she were on the verge of vomiting, whimpering after each failed attempt at forming words. “Dime. Que te han hecho?” I reacted defensively, “What did they do to you?”

A few days ago she had discovered that her husband of several years had a mistress. When she confronted him, he said she had no passion and he left the house. She suspected where he might be going and she went there. She saw him getting out of his car and walking towards the door of a town house. She did not hide. She rolled her window down and peered out from her van, which she stationed parallel to his car. They exchanged looks. He walked in and she drove back and found herself at home alone.

She was hurting deeply and all I could muster was “fuck him.”

The next year or so was a difficult time; I made sure to answer my phone. “You were whole before you met him, mamita,” I would say, “you are not missing anything.” She was depressed for a long time and I tried my best to be tender. When I visited, I would cradle her head into my chest and let her sob. Her tears would leave large splatter marks on my shirt and I could feel the moisture bleed through onto my skin. Despite already being thin, my mother lost 20 pounds that year. She said she could not bring herself to swallow.

Months and years went by and she could tell that she was repeating herself; she spoke the same sadness because it refused to leave her body, like a kidney stone that would not pass. I wanted to cut open her belly and yank it out with my bare hands.

Then this past winter, I, too, was dealt with some unexpected foul play. After spending some time alone in bed, I felt obliged to tell my mother. Despite intentions to inform rather than divulge, I found myself weeping. Because of the event, surely, but also because it did not feel right to dismantle so crudely before her. She had enough suffering of her own.

That weekend there was a big snow. “Ven a mi casa,” she told me, “veremos la nieve juntas.” When I arrived, I didn’t feel like talking about it. We watched The Office and made fun of Donald Trump and stared at the snow as it piled up to 30 inches.

The next morning I walked into my mother’s room and found her tiny figure curled up, comically small against the backdrop of her king size bed. She was awoken by my entry and stared at me with wide adoring eyes. Smiling, she unwound from her sleep like a tiny flower bud, sprouting viscerally with each inhale. She had not looked so pretty to me in years. All I could think was, I want you to wake up like this even when there is no one around. Both of us, I want this for us both. 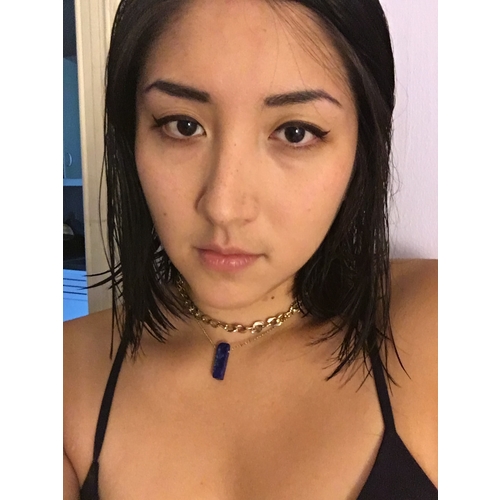 Beatrice Loayza is a writer and translator living in Washington, D.C. She is an unconventional Capricorn, but a Capricorn nonetheless.