Misha's “Radiant Flush” Mix is a Tribute to Mother Sound

Legacy Kid Kai Williams carries the weight of her great-grandmother and civil rights activist Yuri Kochiyama's legacy in the midst of the Black Lives Matter protests at her high school.

Cameos Light up your life with style tips, dreamscapes, beauty advice, and more from Soleil Summer, Vivian Medithi, and Meowzai 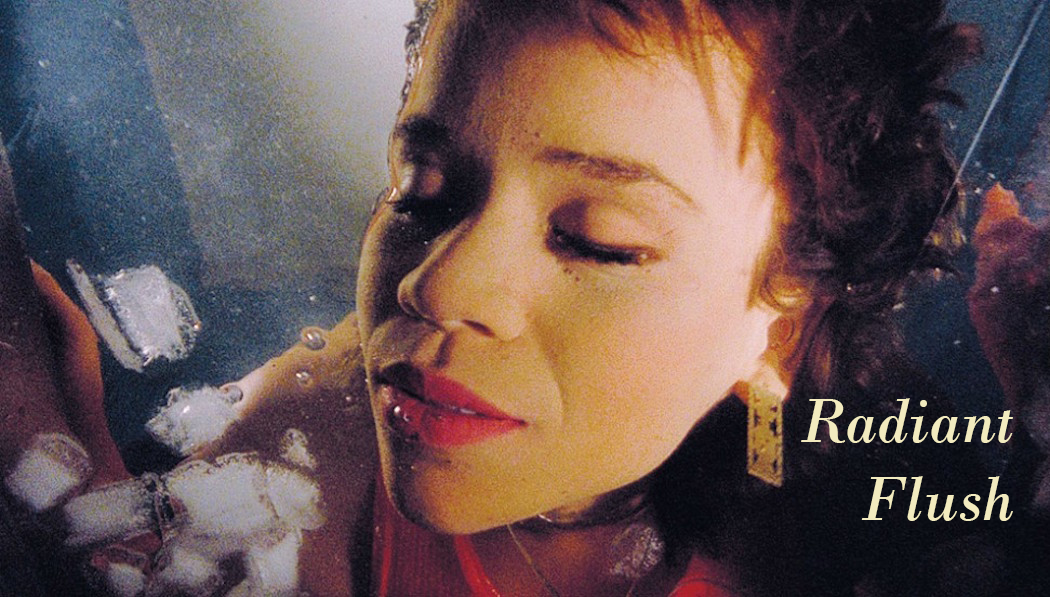 Misha’s “Radiant Flush” Mix is a Tribute to Mother Sound

No sound is too small for this mix from Misha, a DJ and artist who has been, until recently, based out of North Carolina. In “Radiant Flush,” she brings us house and funk and psychedelic soul and conversations and whistling, and there is a sweetness here too, like the rainfall that opens the mix with unassuming, earthly magic. We hear also from Fred Moten, reading “Arthur Jafa & Greg Tate” from the book B Jenkins: “having identified the shit, the shit you can’t say shit about, that’s all I can say about that.” Anyways, that’s where I’ll leave it, because Misha was kind enough to share with us her own words on “Radiant Flush.”

“I owe so much to sound. It is one of my mothers. And as you get older you think about the question “who mothers who?” Radiant flush is me making my own crib out of sound. Or maybe more like a car seat? Or just my happy place.

Radiant flush describes the feeling when you in a room full of music; perhaps you have been dancing. Your eyes are closed and the sound lovingly engulfs you. Glows from you and into you. And you can feel the warmth rising up to your cheeks. And maybe it pushes out tears or a smile or both. It is that keen moment of joy and pain that brings you. Surrounds you. You are lucky to have this moment, and at the same time you have deserved this moment for so long.

We spoke with Misha about her journey into making music, what she’s got on the horizon, and the influence of the “Black Aquatic” on her work:

Where are you from? Where do you live now? I'm originally from Brooklyn. I've lived in the Chapel Hill and Durham area for the last eight years. But I'm currently on the move. . . .

How did you get into making music? That's funny this is the first time I've been asked this question before!

I started out doing college radio when I was 17 years old. From there I went on to DJing, first on a computer, and then to vinyl which is what I had always wanted. All the while I was thinking more deeply about sound, particularly the place of black woman in sound experimentation. The capacities sound has for liberation, and what that does and can do for black woman. What we have contributed (EVERYTHING). What we have been systematically barred from in the music world. What otherworldly capacities we have in the sound realm. I became increasingly more interested black women and electronic sound. There are definitely some heroes I have in that arena, Kelli Hand, Pamela Z, Matana Roberts to name a few. But there were so few who I could find at all, or being acknowledged at least. So then I just figured I would have to do it myself! It was something that I had always wanted to do. Always was a part of my fantasies, the way I saw myself in my mind. But I was looking for mentors or people who had paved the way or something. Someone I could see myself in. But during a time of unemployment I realized that I had to stop waiting. With the help of some truly celestial people in my community, it just started happening. Music, or whatever you want to call it was being made, and people were supporting me making it. I am still very very very new, like fresh out the womb still with goop on me new. But I have found my space for now and it fills me with joy and more questions than ever.

What are you working on now? What's coming up for you? Right now I'm working on a tape, my first release. I want to release it myself because I want to know the ins and outs of label work. What goes into making something physical. I know what that's like on a small scale, but I want that to expand more and more over time.

In addition I'm also working on a mixtape series. “Radiant Flush” is actually side B of the first physical mixtape that I made. DJing more and more over time has made me so keen on vinyl. But I'm also thinking about the specificities of other sound media. Right now, it's the cassette tape. Particularly as it relates to sound exchanges in incarcerating facilities. Prisons still rely on a cassette economy. And how can we think about cassettes as a resource. Sound liberates people, and is it possible to use a form of sound media to liberate on an more literal level? That is all to say that I am thinking about how this mixtape project can do be a part of that conversation.

Anything you’re particularly excited about right now? I'm excited about everything all the time ha! The people realm of Planet Earth is a devastating place right now, and has always been for us black people. But I find other black people's thoughts to bring me the greatest joy, in addition to the enormous love of my family and chosen family.

Fred Moten's The Service Porch. His poetry is just like . . . guuuhhh. Just the separation between poetry and music is none at all. Moten's work is jazz. Period.

Kodwo Eshun's More Brilliant Than The Sun. A brilliant friend of mine mailed me this book and I have had to read everything in it a million times. This book gets me. Thinking about black futuremusic as a portal and a propeller. What an indescribable thing music is when it unbought and unbossed!

To deepen my love affair with my MPC1000. To sing more often and more loudly.

You’ve mentioned before that your personal study is rooted in the "Black Aquatic" – what do you mean by that? I am very interested in black people's relationship to water, historically, presently, futuristically, timelessly. Here in the states, we are told we are afraid of water. We have been denied access to swimming pools and coastal land property. But on the Coasts of Africa, we were excellent divers and swimmers. White supremacy turns water against us in Flint, MI, in Chapel Hill, NC (Rogers Road landfill contaminating a historically black neighborhood's water supply), and so many other places.

And on a connected plane, what can the possibility of a Black Atlantis do for those of us above water? What happens if those lost to us in the Middle Passage, really weren't lost at all? I do not believe that they were. What happens when we refuse to believe they were lost?

When we think about a wave, we think about something that has the power to pummel you, or the power to lift you up. To feel folly! It can fool you and trick you into thinking that you are in control. How is water doing that to white supremacy and capitalism? Especially if there are so many black souls under the surface? Living, or dead, and beyond? I am interested in what thinking about black people's bond with water does for our visions of the future, as well as learning from other black people who have engaged that relationship through art (Drexciya, Howardena Pindell, Jeff Mills, Ellen Gallagher, and so on).

Embrace the wave and follow Misha on Soundcloud and Twitter to get more of the good stuff!