Making Better Decisions in 2K15 – A letter from the editors explaining the issue theme behind the January issue. 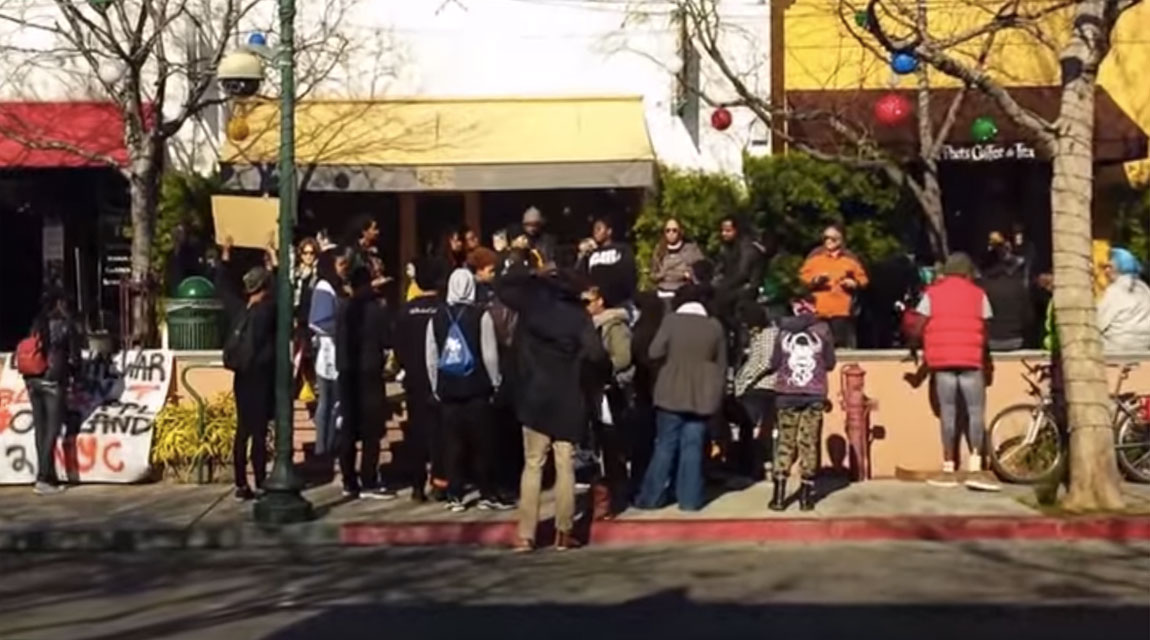 Whenever I wake up hungover on a Sunday morning, the first thing that comes to mind is how amazing it would be to stumble into a brunch place and order a Bloody Mary and some Eggs Benedict. Nothing represents freedom like having a drunken Sunday brunch ritual.

But I don’t go to Sunday brunch because I just can’t justify the egregious cost of a plate of food that’ll only last me a couple hours. Like many of my broke friends, I’ve developed somewhat of a hatred towards brunch, and brunchers. Yeah, I too have smugly watched those videos of bottomless brunch patrons peeing, puking, and falling. With just as much satisfaction I watched videos of these “smarmy pricks” shifting uncomfortably in their seats at several restaurants this past Sunday as they were confronted by activists of color making noise about police violence.

Black Brunch and Other Stories of Disrupting Business as Usual

In the grand tradition of brunch hating, in the last two weeks, demonstrators disrupted this holy Sunday ritual by walking into breakfast spots, spending five minutes at each location reading off the names of black people who were recently murdered by police and vigilantes.

This demonstration – which has been coined “Black Brunch” – has taken place in New York, Baltimore and Oakland over the last few weeks. Some customers were supportive, but most responses have been violent and antagonistic. The manager at an Upper East Side restaurant attempted to lock in the Black Brunchers, and ex-police officers have threatened them with guns on Twitter.

#blackbrunchnyc New Protest Strategy: Disrupt the meals of the very people who have to get up for work tomorrow to keep your EBT Card full

Like the bridge and tunnel blockades of past months, Black Brunchers are disrupting routine, ruining the sanctity of white complacency one brunch at a time. But they aren’t the only ones standing up in unlikely places.

Last week, workers at Chipotle put their arms above their heads referencing ‘Hands Up, Don’t Shoot’ and refused to serve some cops who strolled into their Brooklyn Heights location.

And last May, the owner of Portland cafe The Black and Red dialed 911 to report a patron overdosing in their bathroom but specifically asked that the city not send police to respond.

If this is how we are ringing in the New Year, who knows what’s to come!