Catch Up With Culture Roundup

Binging on Friends. Get annoyingly nostalgic for a time when codependent 30-something friend groups reigned in a pre-recession New York.

How to Dye Your Hair Grey. A few helpful tips of the trade to keep your hair looking fly and feeling as healthy as it can post-process. 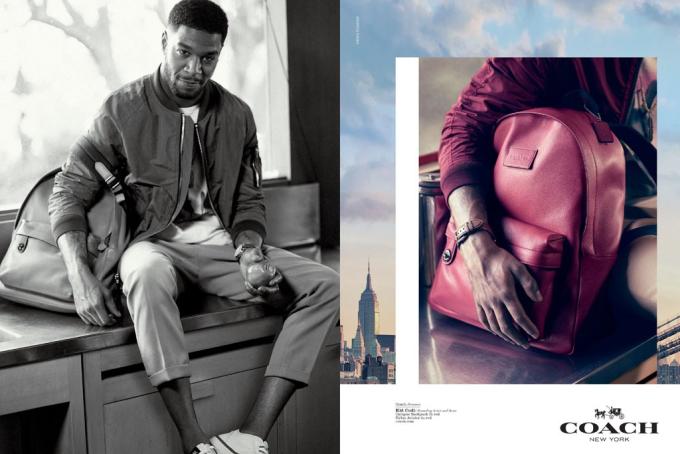 Catch Up With Culture Roundup

Since every week is as boring as the last, we’re making it a weekly habit to throw you a bone and roundup our favorite cultural moments from the weekend. We all hate Mondays so, you can find us on Tuesdays bobbing in our seats to new tracks while drooling over delicious ad campaigns. Here’s what we have for you this week.

Princess Nokia literally just dropped her latest video “Young Girls.” The video is a shout-out to her Caribbean and Taino roots, and brings us into her world like she does on her Know-Wave show Smart Girl Club. As she did with her electric “Nokia” music video, “Young Girls” provides us witha strong vision of her utopia where women come together to make each other’s creative dreams come true.

ICYMI: Princess Nokia's latest interview with Impose is an incredible story of taking red pills and building resilience. Be sure to check it out.

Saul Williams honored Martin Luther King Jr. Day with his new song “All Coltrane Songs At Once” where he exclaims: Fuck you, understand me.

Yesterday, he penned an essay for The Fader explaining himself.

The notorious weirdo Björk had her album leaked this weekend only to release it on iTunes a few days later. The album includes collaborations with the young producer Arca who is making a splash these days. She has also announced a series of shows in New York City so you should get on that, I guess.

Like a blast from the past, our beloved TLC launched a Kickstarter project attempting to raise $150,000 to release their new album.

The group is asking fans to contribute between $5 and $5,000 offering incentives like their famous onesie and a recording for an outgoing voicemail by the members of TLC. Like we saw with the Veronica Mars movie, it’s fascinating that well-known artists and actors are resorting to crowd-funding; we can only assume the rigidity of the industry demands it.

Lana Del Rey is sad and making music. What’s new? She is a guest on Emile Haynie’s new song “Wait for Life.”

Swoon! Kid Cudi is the new face of Coach Men’s wear line taking a significant step away from his usual streetwear style. Similar to Roberto Cavalli’s explanation for making Nicki Minaj his pick for his new line, Stuart Vevers, the Creative Director of the ad campaign, indicated that Cudi was chosen in order to signal a shift in industry trends. He said in an interview with WWD, “Kid Cudi’s effortless ease and coolness could not better embody the spirit of the spring ’15 men’s collection.”

The Witches of Bushwick released their most recent issue of Coven Magazine featuring new and prominent artists in the Brooklyn neighborhood doing their thing. If you are not doing anything on Thursday night, check out their party.

In collaboration with MTV, Queen Nicki Minaj’s second documentary My Time, Again came out yesterday. It’s 40 minutes long and provides a brief glimpse into Minaj’s emotional roller-coaster leading up to the release of The Pinkprint. Bookmark this for tonight!

Help us keep this up:

Subscriptions to Mask Magazine are available starting at $2 per month.