Marc Jacobs makes domme-inspired line. Just another example of how all good things are produced in the margins.

CIA's Alien files have been declassified. What better way to wait out the snow-pocalypse than by reading through all 140,000 pages. 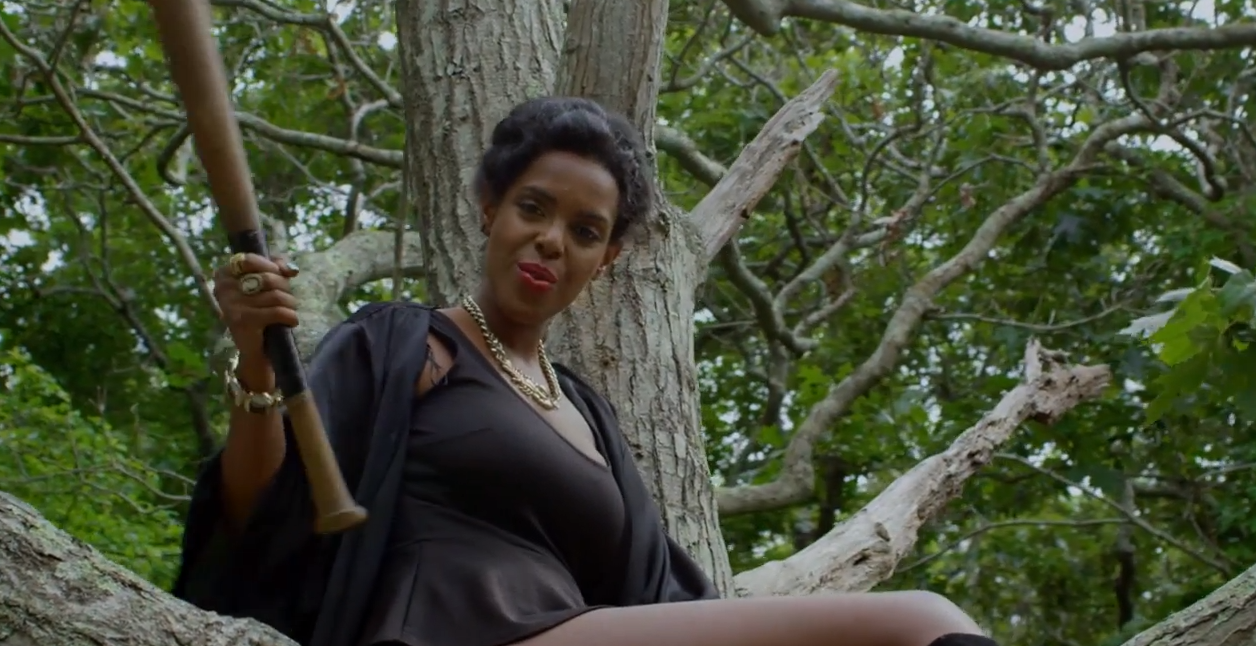 A Culture Roundup for Snowmaggedon

If you are snowed in like us, you probably have a ton of time on your hands. Take a break from shoveling snow to catch up on what happened this weekend.

Bronx-raised performer and member of the Camp & Street crew Rahel just dropped the video for her debut single “Serve”. I’m captivated, but what’s going on here? Falling in love and hitting lobsters with baseball bats while wearing evening gowns? Sounds good to me.

If you don’t know about Camp & Street yet, definitely check them out. The collective is made up of several incredible black artists (including Le1f) who work together to hype each other's work as they come up together in the industry.

Small artsy publications are getting props from the mainstream, I see. Sarah Nicole Prickett and Adult Magazine are highlighted by the New York Times as alternatives to pornographic magazines like Playboy.

Kid Cudi is really disappointed that his queer make out scene was cut out of the James White movie, which premiered at Sundance Film Festival this past Friday.

Our friends over at Whatever 21 had their shopping rave "Multitask" featured on Vice Thump. Here's the concept: lifestyle brand invites your favorite DJs, producers and artists like DonChristian and Mess Kid, to perform while their friends hang out, buy clothes and dance. Looks pretty family friendly if you ask me!

Sex workers take to Tumblr to discuss how Facebook’s new location policies are making their correspondence with clients increasingly unsafe.

God should have made me a coat so I could have been licked by Tilda Swinton at the cloak room of Hood By Air’s Florence fashion show.

KUNQ's False Witness gives us his own take on this playful track. Now I'm wishing there was a snow party happening tonight.