NYPD Slowdown shifts to Broken Windows Crackdown. Here’s what you need to know about what’s gone down in the NYPD slowdown recently. 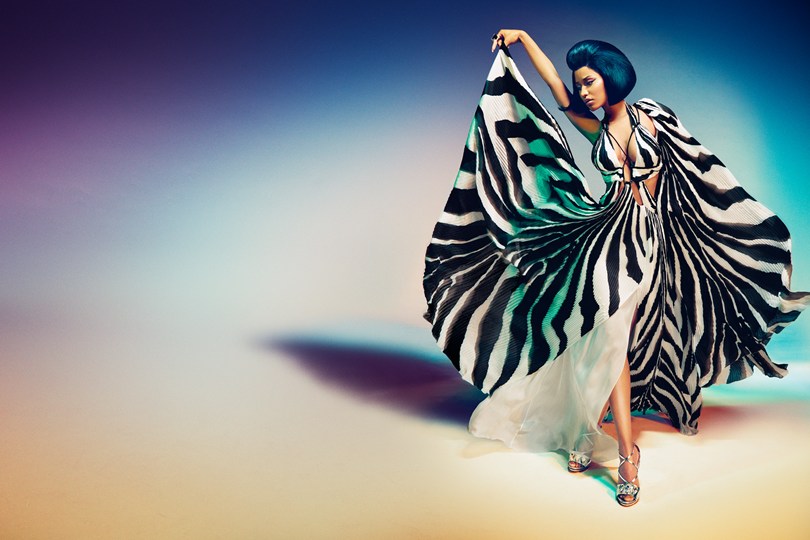 All hail the Queen of rap. Nicki Minaj is slaying in this new ad for designer Roberto Cavalli. From being featured on the cover of Rolling Stone to this high fashion campaign, Nicki keeps showing us that she can do literally anything.

Cavalli claims that Minaj was his pick for the campaign to send a strong “countertrend” message to the industry about the need for a celebration of a new kind of femininity and sensuality. He also seems to be posing a mentality that says “out with the old” to trends that make women wear potato sacks to hide their body shapes.

(Sidenote: In case you were wondering what Mask and friends did for New Year’s Eve, we all fell asleep in a pile debating racial capitalism while listening to Minaj’s new album The Pinkprint which dropped on December 15.)

If hearing her spit rhymes about analingus and the economics of sex doesn’t make you love her, her recent Rolling Stone interview where she discusses police violence and her abortion as a teenager certainly will.

If you’re looking to take over the world in 2015, maybe “Feeling Myself” featuring Beyoncé should be your anthem.

"Bitches ain't got punchlines or flow/ I have both, and an empire, also."