Six Chicago Rappers to Watch – Christopher Alley continues to feature rappers who were young in the 90s. This week, he closes in on Chicago: Lil Herb, Lil Bibby, Chance The Rapper, Vic Mensa, and Lil’ Durk. 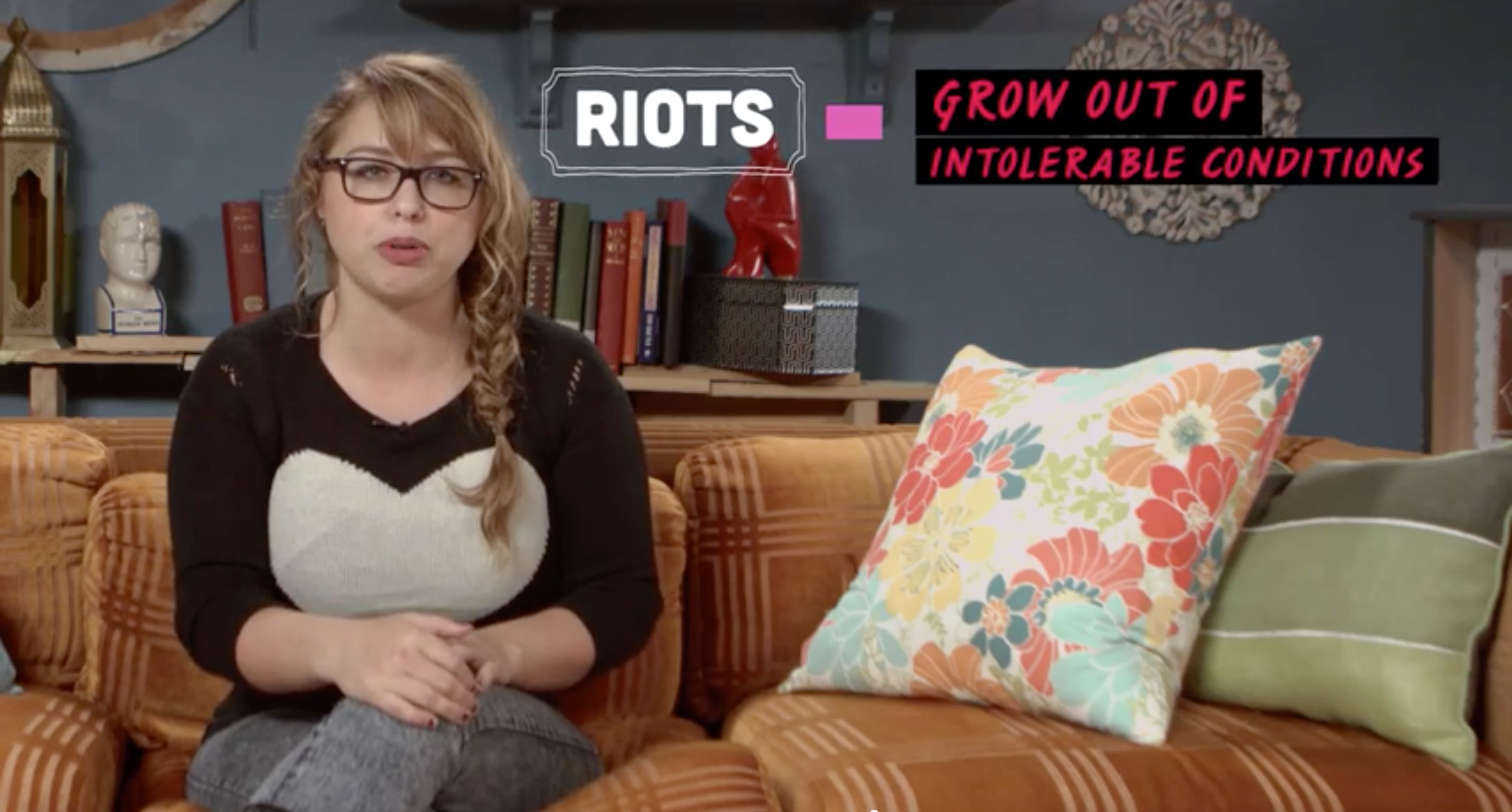 You know shit is getting crazy when even MTV's viral-video sex educator is like: let’s talk about riots. Yesterday, Laci Greene posted this short video “Is Ferguson like Mockingjay?”

In a clever bait and switch, Laci entices us with The Hunger Games, and then 30 seconds in starts talking about the legacy of riots in the US. She discusses the Haymarket and Stonewall Riots, taking what otherwise might be seen as boring history and makes it accessible to MTV viewers.

This video signifies the shifts happening in discourse around tactics as the frequency and brutality of police violence becomes harder to explain or comprehend, with major publications and cultural institutions defending rioting – even militantly anti-police riots – in unprecidented ways.

New Video "To All Those Who Can't Breathe"

What's more, late last night we were sent a link to a new video calling for the creation of widespread "zones of autonomy" to be extended from the protests and blockades that have interrupted daily live across the country for the last week. The video was produced by organizers in New York City, and also evokes the latest installment of The Hunger Games, and follows the call for a public call to participate in a Black Bloc in NYC.