An Evening with Rafael Sánchez An intimate portrayal of the playfulness, loss, and hardship that paved the way for today’s gender revolution.

Back to Basements It’s not yet clear whether New York City’s new Office of Nightlife will help the DIY community or alter it beyond recognition. 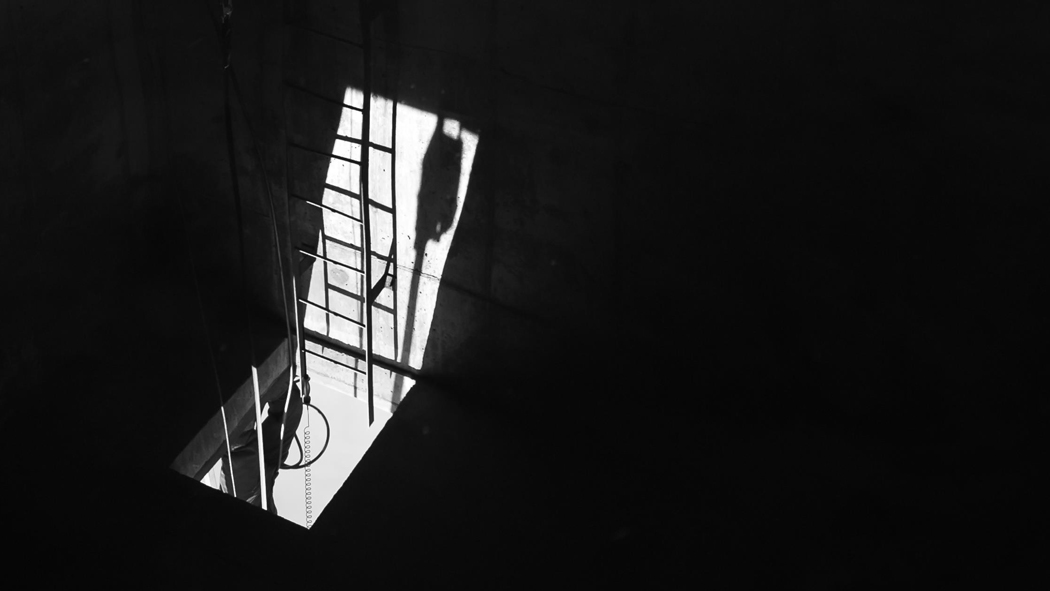 Your life is precious. But it’s your life, you get to decide how to live it or not.

Maybe you woke up, involuntarily committed, drinking a drip through your arm. Maybe you woke up disappointed watching your heart beating, a blossoming cadence of red in tepid and darkening bathwater. Maybe you woke up in your comfortable bed with alcohol poisoning, but not enough of it; or interrupted from embracing a perfect haze by an unasked-for dose of narcan; or maybe in a cell with no shoestrings in sight.

Sometimes we wake up even though we chose to never do so again.

You aren’t wrong to hurt yourself. You don’t deserve shame or guilt. You have the authority to forgive yourself, or bear your own punishment alive, or hurt yourself again if that’s what feels right.

These are some things my loving friends and family wouldn’t or couldn’t say when I needed to hear them. It’s like they needed me to stick around for their own lives not to cave in. Maybe you’re familiar with this misgiving. So be it, and God bless them. I want to share with you the stuff I heard from another friend who had made an attempt but uncannily stuck around, and I wanted to write to you because of how much their words helped me when I was closer to suicide.

I’ve been waking up to suicidal ideations for the past ten years: trapped in comfortable patterns, upholstered with plush, poison ideas in my brain’s gray folds. They come and go. Sometimes I act on them, usually not. One time I threw myself down a flight of stairs. Another time I took a bottle of pills totaling a little under 2 grams of dextromethorphan – 500 mg above the estimated human toxicity threshold. This didn’t kill me; I am a larger-sized person. I did however suffer serotonin syndrome and deep dissociative fugue for two weeks afterward. A teenager wandering aimlessly around my childhood home, I was unsure if anything would ever be the same inside.

Over the years I’ve designed lots of other suicides, lazy or slow or half-assed hazards: cutting myself up, the razor’s charisma effective but not quite enough to bleed me out; biking sober and hoping to be hit by a car and killed; alone, handling a wild copperhead snake on a hike and, a different time, alone on my back in a garage asking a black widow to bite, only to have them slither or skitter away calmly and without incident.

Not everything has been so extreme. Distributed throughout a life of petty crimes for “survival,” there have been subtler, less-visible long cons on life. Beyond the ideations, I noticed myself taking up new practices, which, if preserved, would end me – at least some aspect or dimension of me. For example, I may have sacrificed my capacity to have fun a few years ago after one too many martyr-activist consensus meetings, the bony fingers of the grim reaper twinkling in Occupy-style sign language. This is how I imagine liver damage occurs: among a group of friends in perfect still and silence, but with a permanent effect that beats louder with each breath.

A couple years ago I attempted to kill my assigned gender by starting to medically transition, only to realize I’m never going to feel right as a “woman” or a “man.” I quit hormones and hunkered down into my gender-bleak life, curating a wardrobe I hoped could affirm and annul my identity as needed.

For what it’s worth, I see courage in suicide. There are so many horrific moments we have to endure in this life – for me, really more of an ornate tapestry of horror than some intermittent sine wave of terror and calm. I don’t think it foolish or wrong for anyone to consider suicide as an option to manage suffering, trauma, pain, unbearable joy, anything. But as long as I’ve lived, I’ve carried the weight of imagining how my suicide would amplify that primary unbearableness for those who survive me. This paralyzes me.

Beyond these, there’s the manifold emotional suicides available to the stalwart nihilist. For example, nowadays I only rarely get angry, and if I do it’s usually with people who it’s not helpful to be angry with, like myself, or the sun. I look back on the many little political sacraments I took and recognize germs of suicide: forsaking ‘community’ to fit in with the sexy nihilist insurrectionists I so thoughtlessly idolized; abstaining sexually despite my desires, because of the profound anti-authoritarian power I saw in sex negativity; extinguishing all emotions because I read feminism as a male-assigned person’s studied silence, unvibrating vocal cords offered up on the altar of guilt.

I used to take selfies, but I’m tired of seeing the contrived smile on the face of a fool whose trump card was to be in a state of witholding, who ended up without anyone to withold from. Outside myself, in the space of atrophy and dissociation, mirrors are risky encounters, too easily a bouquet of shards available for cutting.

Beyond that though, it’s easy enough to avoid seeing my own face, and renouncing hygiene helps keep me away from my body, along with a strict regimen of not just sexual abstinence, but no touching at all. But I’m still obliged to move through the old biological necessities: putting calories in me, changing the position of my limbs, activating REM-sleep, and so on. In bed I revel in the amniotic parasuicide of oversleeping, embracing the drowsy specter who lurks just behind the snooze button and ingesting as many sedatives and stabilizers as possible to extend the magic of a sleepy bender, prolapse the slippery splendor of the dream-organ.

I have trouble codifying this or that as ‘self-harm’ when ‘self’ as a whole has been dubious and ugly and uncertain for so long. Because how lovely to have a chance to murder what we hate inside, sculpt our inner ideals out of the unrequested slab-ship we’re coerced upon birth to pilot through this life. The palimpsest text-face for those of us who keep changing names, severing nomenclature in hopes of a chance at a livable identity, a name we can treat like a prayer.

At this point in my life, in recovery and sobriety, and with good friends who I trust and who care for me and bless me, I am glad I am not dead. If not already abundantly clear, that has not been the case for much of my life. What’s hard is to trust that there are other people who care for me who also don’t want me to die. To believe I don’t deserve to die or be exiled or drink myself to death, that I can survive traumatic experiences and be forgiven and tolerated, and moreover that I can nourish people with my presence here, alive. For the first time, I can bear having abused and harmed without sentencing myself to execution by my own hand.

Even if I find myself somehow serene and belonging, no longer among those who can’t get enough of the taste of death, unearthing and identifying triggers can be really hard. Before sobriety but after I started going out again, I found that different social interactions required different approaches. If I spent the evening DJing or going to a club, I’d need to haunt the park until I’d secured enough crack and xanax to manage my amplitude, secret-drink a fifth into the awful quiet. When I was near my closest friends, I became nearly catatonic, ready to consecrate that dissociation chemically as soon as we parted. Every social interaction, calm or jarring, made me want to use; and when I use, I use toward death. Self-isolation became the best strategy I could manage, and I embraced it almost to the point of agoraphobia. I knew I could at least manage what situations I was in, and it gave me time to think about risk factors, boundaries, limitations, and the kinds of people I wanted in my life.

I decided the kinds of people I needed in my life are forgiving, have space for me, don’t coerce, manipulate, abuse, neglect, invalidate, or leverage me for social capital. They don’t judge me when I’m vulnerable and weak, and, especially, sick (like mentally and as an addict). They know my abuse history and won’t abide me not carrying it or disclosing it; at the same time they don’t cast me out for it.

These people are witches, violent empaths, social engineers, time travellers and oracles – I remained in their hearts somehow after I thrashed myself raw in the big city I moved to. When I found the sweet thicket of air and slowness back home, their doors were open. They handed me steaming mugs and did not ask questions. They bless me with so much grace that I can get by with just a few. So I’ve been afforded a queer tranquility that gives me some room to write here now; maybe enough thick sweet air to share, if you need it.

Nowadays, it’s still a lot easier for me to seek intimacy in text-form while at home behind a screen, than it is to do so in person. I sometimes think of myself as a generous ghost whose words will outlive me. If I’m coerced into bodily existence but can titrate the best of me onto the page, I’ll feel at peace, I think – or at least, smug, as a truant of the corporeal.

Inexplicably beloved, I hope whatever happens to you, consider that 1. your life is precious 2. it’s your life and you get to decide how to live it or die it. My friend Feral died in a warehouse rave fire last winter. We used to joke, tongue-in-cheek together, at the Metallica lyric: “your lifestyle/determines your deathstyle.” The way-it-was blurs in the wake of loss, and I can’t say whether we were actually joking. Looking back, I’m not sure... I’m not sure whether she’d appreciate being mourned or if she’d troll me for being a poser, close as we kept death.

A suicide is an ending-abruptly, and I’ll give my essay over to that moment now.