Back to Basements: The DIY Venues That House NYC’s Underground Music Scene

CW Suicide Sometimes we wake up even though we chose to never do so again.

December Horoscopes Water is the element that connects us to our inner worlds.

New York’s new Office of Nightlife intends to support and legalize smaller DIY venues, making it easier for those that are up to code to flourish. But many underground spaces have no intentions of becoming legitimate spaces.

On September 19, New York City Mayor Bill de Blasio signed into effect a law creating the city’s first Office of Nightlife. The new office will work to ensure safety for legal venues and make it easier for club owners to navigate the thorny rules and regulations concocted by the municipal government. The law came to fruition after months of activism by groups such as Dance Liberation Network, and the owners of Bushwick venues such as Bossa Nova Civic Club and Secret Project Robot.

The signing of the bill occurred at Bushwick’s House of Yes, which while now a fully legal venue, had originally been launched in a self-described “hippie-punk squat” loft space. Its website details an origin story of migration between multiple loft buildings in the late aughts and early 2010s, traversing fires, rent hikes, and internal struggles on their path to legality. Now House of Yes is a shining example of the kind of space that Office of Nightlife seeks to assist transition from squat to nightlife hub.

At the signing, Anya Sapozhnikova, founder of House of Yes, spoke about the difficulty of operating a space that wants to be safe and inclusive, but doesn’t yet have the recognition and support of law enforcement. “As you’re creating a safe space for people of all types to come together and dance and celebrate life and feel safe,” Sapozhnikova said, “in the back of your mind you always feel like you could get shut down for absolutely no reason at all.”

The owners of legal venues that pushed for the law seek an end to these looming fears. If the law turns out to be more than mere lip service, we may be entering a new age of collaboration between these venues and the Department of Cultural Affairs. No members have been appointed to the Office of Nightlife’s 12-person advisory board yet, but the bill is clear in its intention to “Serve as a liaison to nightlife establishments in relation to city policies and procedures affecting the nightlife industry,” with the goal of promoting “an economically and culturally vibrant nightlife industry, while accounting for the best interests of the city and its residents.” It’s a win for the community of venues in a legal gray area, as well as the DIY venues forced to operate underground. The chief sponsor of the Office of Nightlife bill, city council member Rafael Espinal Jr., even shouted out shuttered Brooklyn venue Shea Stadium as an inspiration for the bill.

But for every House of Yes that now hosts Bill de Blasio, every Shea Stadium that’s referenced by council members, there are dozens of venues that have faded into obscurity. They’re the lofts, warehouse, and basement spaces that the Office of Nightlife wouldn’t necessarily consider to be full “nightlife establishments.” They’re spaces that are iconic to the patrons, snapshots of a moment in a scene, but ultimately disappear. Parodic punk news site The Hard Times once skewered this phenomenon with its 2015 article “Legendary Punk Venue Now Just a Normal Basement,” in which patrons recall their oh-so-punk experiences of fictional venue “The Pizza Dungeon.”

The joke hits a little too close to home. I run one of these spaces, called HECK. We coordinate shows once or twice a week, and have done so for nearly two years. We don’t give out our address publicly. Our team of residents and volunteers handle booking, coordination, promotion, inventory, staffing, lighting, sound, cleaning, and every other logistical concern that allows the space to operate. We fall under the category that council member Espinal articulated as “the DIY venues and the smaller venues that actually provide a hub for artists and musicians to come together and express their art.”

Most DIY spaces are racing against a proverbial clock set by rent increases, eviction, internal conflicts, or, simply, exhaustion. Sooner or later, venues face a choice: close, move, or become a legitimate business. The Office of Nightlife presents an opportunity for the latter, but that’s not always the main goal of an underground venue. It certainly isn’t mine. So while the bill is a positive step for DIY venues looking to go that route, it predominantly empowers pre-existing, fully operational venues trapped in a legal gray area, and those that are able to work within whatever strictures the Office of Nightlife rolls out. It seems an inappropriate remedy for DIY, to be forced to rely on a large government agency.

My fear is the law will not do much to change a problem already present in the DIY community: erasure of the smaller venues in favor of those with more resources. HECK is not going to benefit much from this change. But venues that have the means or desire to work with the Office of Nightlife will, and have a chance of eclipsing anyone outside of that purview. There’s an entire informal economy based in these quasi-legal, secret spaces. As former venues get converted into media offices and coworking spaces, their names, their addresses, and the experience of their patrons are lost in a one-dimensional narrowing of DIY history, and the individuals who helped build and maintain it. It’s equally important to recognize even these venues that never were or had any intentions towards legality. 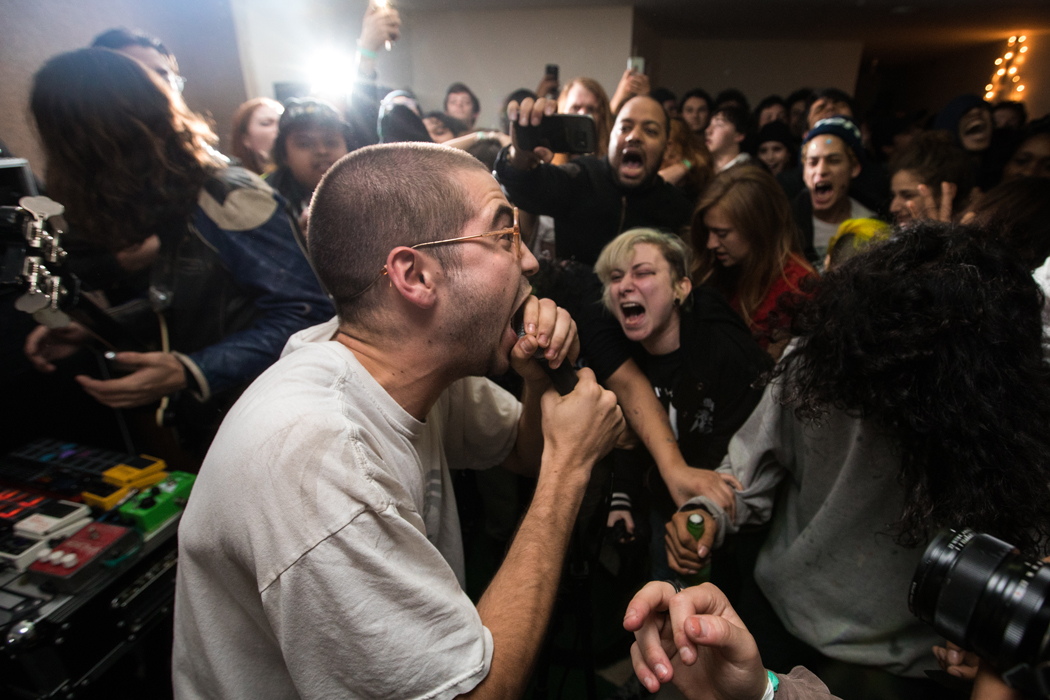 Show Me The Body show at The Meat Shop, which operated in The Bronx between 2015–2016. Photo by Walter Wlodarczyk

At 17, Bronx native Peter Del Orbe found himself searching the internet for all-ages spaces, spurred on by a love of DC hardcore and bands like Minor Threat. His motivations were simple: “I wanted to be a part of that world.” He came across ABC No Rio, a staple community space of the Lower East Side perhaps most notable for long-running punk and hardcore showcases (ABC’s original space shut down last May). Del Orbe showed up, and continued to show up, volunteering to do everything – even, in his words, “clean up the piss on the steps.”

In the summer of 2016, Del Orbe got an internship with Aviv, a DIY space in Brooklyn that began in 2014. “Intern” was a loose job title. “I was the door guy, security, janitor, all at the same time there,” he said. “I spent my summers there. I’d spend more time at Aviv then I did at home.”

When Aviv shut down last October, Del Orbe used the operational knowledge he’d learned and brought it back home to the Bronx. He searched for local community centers to host shows, and was eventually referred to a basement space known as The Meat Shop. He quickly became a central member of their operations, booking POC-fronted punk, rap, and power electronics in the space.

I met Del Orbe at a Subway, the chain, not the train. “The Meat Shop started in 2015,” he told me. He was reluctant to give me additional information about the original founders. Del Orbe didn’t know me, after all. I was just a person claiming to work for a publication asking a lot of intricate questions about an illegal venue. I understood that the Subway functioned as neutral ground.

“I was doing something very basic but very different at the time.” Del Orbe explained, after opening up a bit. “I had this attitude, like, we’re the Bronx kids, we’re the punkest kids in the fucking city, because we’re the ones facing all this mass poverty. We’re the ones that were dumped by society, and don’t fit in with anyone.” The Meat Shop became a locals-first answer to that displacement. Their run culminated in a blowout final show, a packed house with scene mainstays Show Me The Body, who have made a name for themselves by touring the country’s DIY show spaces.

This is a preview of one of our feature articles, the other 60% of this is available to subscribers. 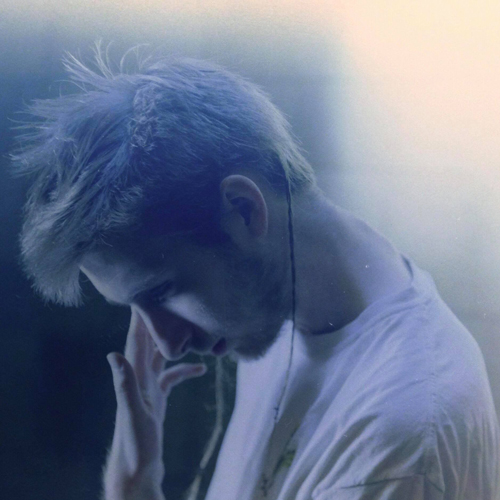 James Johnson is the co-founder of Brooklyn DIY venue and gallery HECK. You can find him writing about music subcultures across the internet, and on his site activecultur.es.