Aloiso Played a White Man on Tinder for a Month

We sat down with style icon, activist, and poet Alok Vaid-Menon to talk curating life as content and being unabashedly complicated.

Videogame designer and ex-scuzzy femme merritt kopas talks about pivoting into new projects and having a streamlined internet personality. 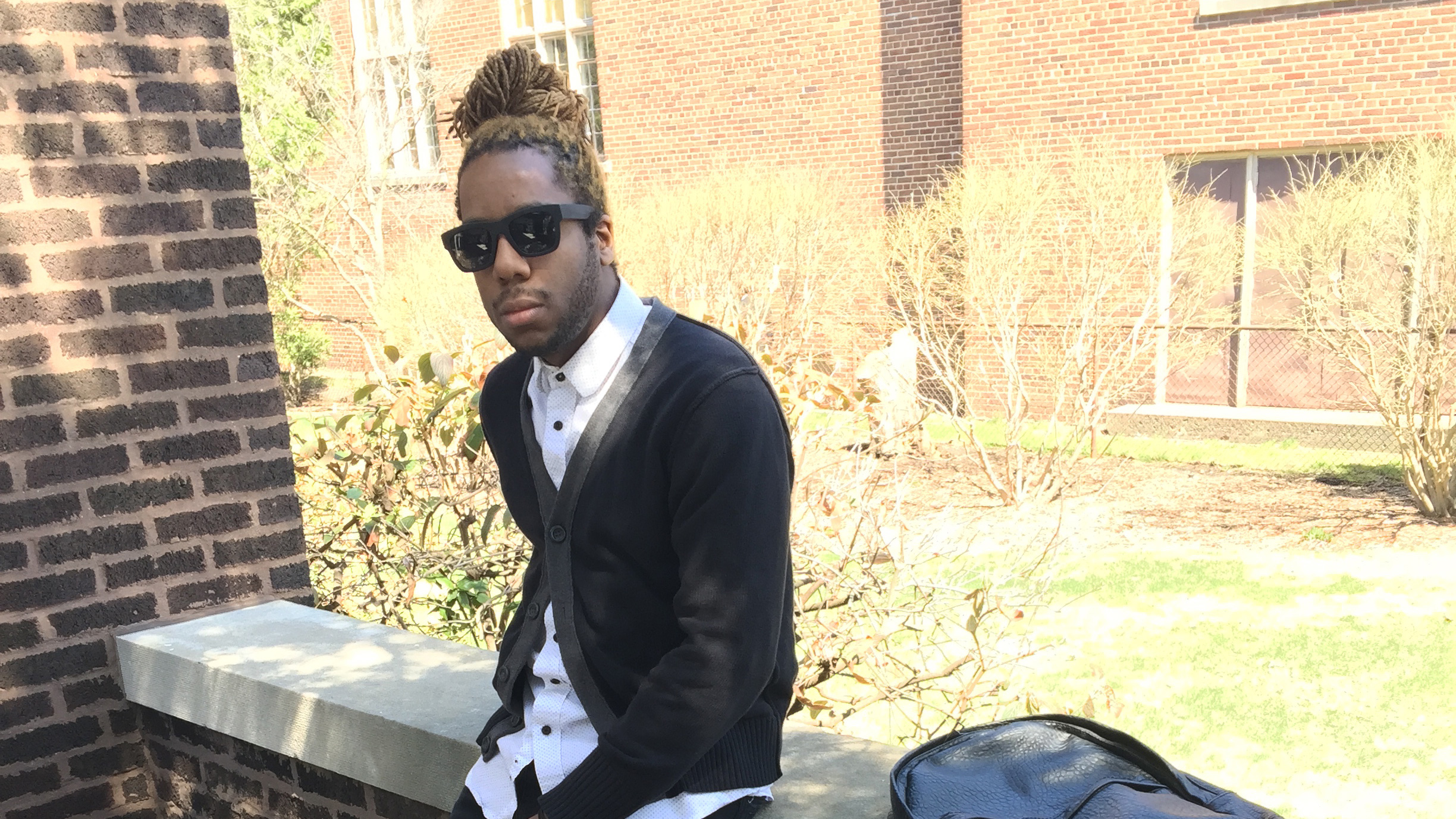 Swiping right is all right

One of the biggest challenges of contemporary relationship building is trying to figure out how to meet new people. Without the safety net of connections formed through school and work, Tinder’s just one of the many online tools available to our disposal. Unfortunately, one of the many nuances of Tinder is that we take in profiles by face value. It takes mere seconds for a user to determine whether or not a profile is worthy of swiping right or not.

I met Aloiso Wilmoth through Twitter (@HE_VALENCIA), my chosen platform for connecting with others online. When we started talking to each other on a regular basis, we would often talk about what it was like to date in our cities as a racialized person. A few weeks ago, he announced that he was going to switch his Tinder profile photo to that of a white man. Everything else about his Tinder profile remained the same. For a month, he was using Tinder as a white man before changing things up completely again. Over email and the occasional Facebook message badgering, I talked to Aloiso about his Tinder experiment and what it feels to be “slept on.” 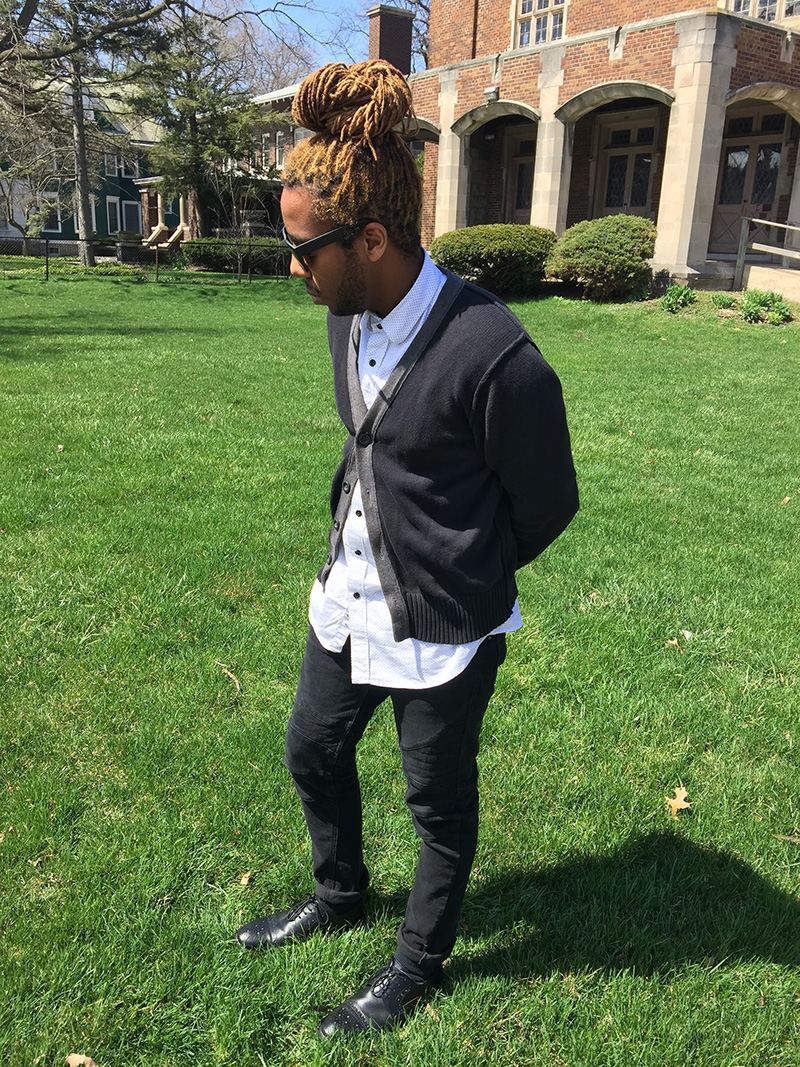 What is your relationship with Tinder? My relationship with Tinder is like an NBA shooting guard not having a good night with his team. Despite constantly shooting shots and not making them. He still has a glimmer of hope and trust in his team, but knows deep down inside that they're gonna lose. For me, this is pretty much every single game of the season.

What is your experience with dating in South Bend, Indiana? Dating isn’t as “casual” compared to other cities. One thing I’ve noticed about Midwest dating culture is that people move very fast in relationships. It’s pretty common for people to be settled and or married between the ages of 18-24. A lot of serious relationships are solidified during the high school years and tend to stay that way. I’ve dated a few  people locally but the relationships didn’t last mostly because there’s nothing to do around here.

In earlier conversations we had, you said you sometimes feel “slept on” in Indiana, can you elaborate on that statement? It’s difficult to find places outside of the campuses where I can meet like-minded people interested in different subcultures like techno. It’s very divisive. As a result, I have to rely on using social networks to meet individuals. I’ve had friends tell me that I’m a big fish in the small pond that is South Bend.

Did you notice any changes with your matches when you would visit another city like Detroit or Chicago? The changes are significant. Whenever I’m in those cities, my matches are more diverse, interest-wise. I seem to have more in common with the women that live in major cities. While there are more women of color, Tinder is still overwhelmingly white though – about four out of five swipes are still Caucasian women.

Do you think POCs are not using dating apps? Or they are, but they’re simply not ‘swiping right’ on your profile? I’ve seen quite a few POCs whenever I log on and make an effort to swipe right and or reach out to them. I think they’re most likely wanting to match and meet with white people. I haven’t matched with any yet so I assume they aren’t swiping yes to me.

What prompted you to start this experiment? I wanted to start this experiment primarily because of frustration. I always see my friends experience a lot of success with online dating and that motivated me to keep at it with hopes that I’d eventually luck out. Unfortunately, it has been the complete opposite. I’ve come to terms with that it’s better for me to skip the middle ground offered by online dating and simply meet people in person. There is still a ton of underlying biases – whether it is cultural and racial – with dating sites. Which makes them incredibly flawed, especially if you do not fall into the dominant archetype of conventionally attractive masculinity. We like to pride ourselves on being progressive but still fall back on a lot of weird preferences within the comfort and sometimes anonymity of the screen.

Have there been any surprises with the results? Yes! The number one thing that surprises me is how straightforward the women have been. A lot of them have even messaged me first! Usually, women would put a disclaimer about messaging first. But I think that’s a bit of plausible deniability, it just depends on how you look. I would go for days between responding to messages and some would still message me with the same vigor and enthusiasm. Furthermore, no one has questioned me about my name Aloiso. One thing that’s been constantly haunting me is how 'easy' it’s been to message people since posing as a white male on Tinder.

What do you hope to get out of this Tinder experiment? There has been a lot of discussion around how race is still a determining factor in one’s experiences with online dating but not a lot have been done from a more personal perspective, especially from the perspective of a black male. I want to let POCs or specifically black men know that it’s still a bit of an uphill battle with things as simple as online dating. I wanted this to be just one drop in the pond of many perspectives.

Do you feel guilty about potentially catfishing some of your matches? You know, when I first started the experiment, it felt like a light-hearted joke. But when I started messaging people, a friend of mine mentioned that I shouldn’t get in too deep because I’d essentially be lying to them – despite keeping everything else about myself factual. I’m trying to keep interactions to a minimum. I do have recurring thoughts to myself, like, “Dude you’re literally being an entirely different person right now.” 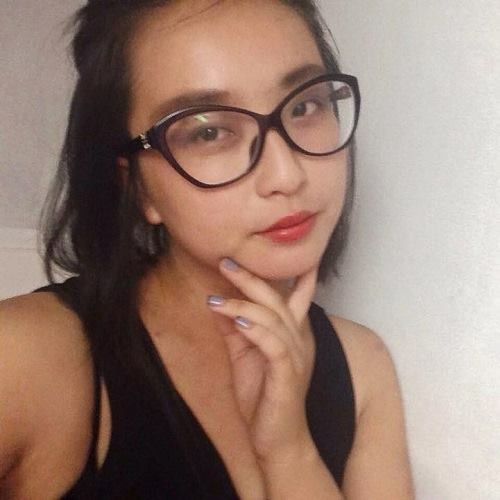 Sofia Luu is currently existing, writing, and having a decent time in Toronto. She’s perpetually tired, stuck in tabs hell and would prefer a Mangorita over everything else if you had to ask.