This Week in ACAB Italian Police shut down protest against Trident Juncture – NATO’s biggest war exercise in over a decade.

If Travis Egedy is Dr. Frankenstein then Pictureplane is the Monster. The godfather of witch house and designer of Alien Body tells all. 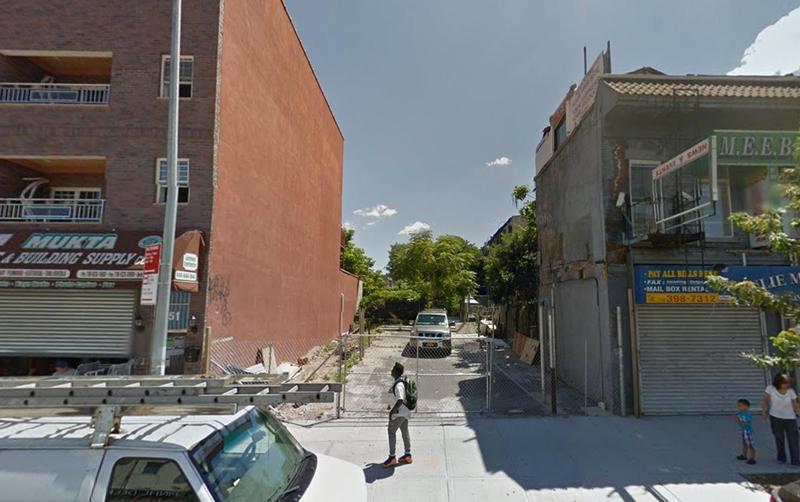 New York City is regarded as more a destination than a hometown. It has always been this way, but it feels especially pronounced today as gentrification intensifies in cities all over the country, while Brooklyn, my hometown, exists as the quintessential case study.

People often ask me how I feel about all the changes that have occurred in Brooklyn over the years. I get the feeling that they expect a satisfying anger in my response and yes, in my opinion, there is nothing morally ambiguous about poor people being priced out of their homes and displaced in the name of “progress.” But my response is less “Watch Man Destroy the Economic Effects of Corporatized Cool” and something only slightly more acerbic than “yeah, gentrification is pretty bad.”

Maybe I should be more angry. I was born here and I’ve never lived anywhere else for longer than a few months at a time. Meanwhile, your friendly neighborhood “Brooklynite” who’s actually from Detroit (but probably Bloomfield Hills) has planted her flag here like it’s the Moon and is already halfway through telling one of her brave pioneering tales.

The moral high ground feels good underfoot. People start complaining about “what Brooklyn was” upon arriving on JFK’s tarmac, so why shouldn’t I go off? Probably because I’m part of the problem. I’m in the same artisanal cheese shop you are. Don’t forget to take a number at the counter, by the way.

Making sense of all this is a constant, albeit mostly concealed, process. I grew up in East Flatbush and moved to my current neighborhood in 2009. It’s not one of the new hotbeds of gentrification, but some of my best friends, well-meaning as they are, are gentrifiers. I live in an older building in a neighborhood that hasn’t changed all that much in my lifetime, but it’s still a surreal experience stumbling out of bars on blocks that used to be mostly residential and working poor.

It’s hard to grasp all that goes into gentrification, how it displaces people, how it changes the community and identity of whole neighborhoods with alarming efficiency. It seems near impossible to reckon with it on a personal level. It’s hard to think of a decision so fundamental as where you choose to live as “problematic” even though it is and will always be to some extent. There’s not an Etsy shop for affordable housing, but that doesn’t mean we can’t all stand to occupy spaces more gently, with more care and consideration.

I think back to 2008. I was sitting in a Brooklyn classroom where we were discussing Brown v. Board of Education of Topeka. The instructor pointed to a present-day map of Brooklyn school districts and their racial demographics, circled the district I grew up in, and declared to the class, “this...this is not a pretty picture.” He was referring to a lack diversity in the area, as it was and still is almost exclusively black and immigrant. I understand the point he was trying to illustrate but, in this and all things, what he meant to say doesn’t matter as much as what he actually said. My parents still live in that neighborhood. I don’t view where I grew up as problem that needs fixing. It’s a safe neighborhood that consists almost entirely of black, middle-class families which feels, unfortunately, extremely rare today. So, what’s not “pretty” about this “picture?” To this day, we are very accepting of spaces in this country that are majority white and that acceptance is borne by everyone. But communities of color are stigmatized by being viewed as unnatural. The conditions that shape these communities weren’t created for or by us, and the moment any prosperity is wrung from them, the creators of said conditions want to reshuffle the deck. The lecture continued as I watched a classmate use the terms “black neighborhoods” and “bad neighborhoods” interchangeably. It was a fun day of learning.

How we talk about these spaces and the people in them matters. Maybe don’t beat your chest about how you “settled” Brooklyn. Maybe don’t call everything you find mildly distasteful or inconvenient “ghetto.” Be concerned with your safety, but understand what makes you feel unsafe and how much of your perceptions are based on what we’re conditioned to believe about the people and places in this city.

Of course our actions also matter. Some New Yorkers, transplants and natives both, radiate entitlement like body heat and I’m not sure what causes it. Perhaps it’s excess pride in “surviving” in a city that is in many ways a terrible and grinding place to live. Maybe it’s the belief that living here requires a certain assertiveness when, in reality, it’s just a rationalization used to act like overbearing assholes. Maybe some people are just small, sad, and horrible (my pet theory). Whatever it is, dial it back. There are certain levels of privilege we all enjoy that allow us to live here and unfortunately, a lot of arbitrary disadvantages that have displaced whole families so we can have apartments, fair trade coffee, and whatever other good and terrible comforts we demand. If we can’t muster some shame about these realities, the least we can do is understand that this city has been forever altered in our names, whether we asked for it or not. Our needs have been catered to at great expense to others.

For better or worse, I’m not particularly militant on this issue. It brings me sincere joy (and significant relief) when people tell me they are happy to live here. Conversely, I feel terrible when friends tell me what a rough time they’re having in the city and I try to do what I can on a personal level to help with that. So, I’m not advocating for people to “go back to where they came from” (not all of you, anyway) but let’s all try to be cognizant of our roles in all this. And while we try to collectively face the way we are pushing people to the margins, we can in the interim try to live with a little more humility and respect for the people and places we encounter. And while striving to be better residents of this city isn’t by itself a solution, it isn’t a bad start.