He Left the LDS Church and Created a Sci-Fi Cult

This week in #acab: more than 1,015 people have been killed by US police so far this year, and Oaxacan rioters claim $85,000 in property damages.

Decode Your Teen’s Tweets This guide to casual antagonist banter is handy af. 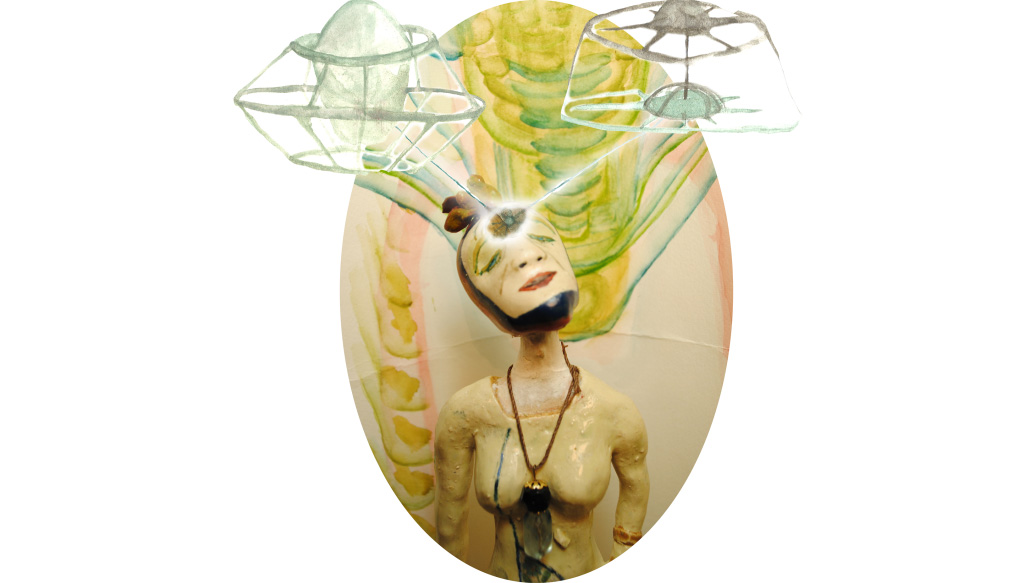 Chris Allman left the LDS church and created his own sci-fi cult. It has attracted audiences as varied as the FBI and MTV, but he doesn’t recommend that you model your life after it.

In the City of Ieya, members of the community gather at the Temple Library, bathe in bath houses, and contribute revenues back to the community to ensure the gap between the rich and poor never goes over a certain percentage. Thanks to robotics, little manual labor is required, and everyone’s needs for housing, food, and clothing are ensured. In this Shangri-La, the people of Ieya are able to concentrate on empathy, creativity, collaboration, and other values to enrich the lives of their community, while projecting themselves through space and time to send messages to leaders throughout history about how to live better, happier lives.

For the Chicago-based artist Christopher Allman, he found a new way to approach religion: he created his own (((Sci-fi)))) cult, The People of Ieya. After leaving the LDS church, Allman says that “it occurred to me that I could make up my own religion, and that I could come up with the framework that I could hang all my content on.” But before you clutch your pearls over associations with Heaven’s Gate or Scientology and the likes, keep in mind that this started as an art project for his MFA at the School of the Art Institute of Chicago, and has since expanded post-graduation. Inspired by the extensive prints of William Blake that centered around his relationship to Christianity, Allman decided to create a new origin story, and began by creating ceramic characters and designing a city as a backdrop.

The utopian ideals of the Ieya are pretty basic – empathy, fairness, sincerity and rationality –  but Allman uses those as a root to stem the rest of the beliefs into a more detailed outline. You can find details on his website, but fair warning, it can get pretty dense, so I suggest you digest it in doses. To sum: the five Ieya (pronounced eye-uh, but, Allman says, “I created all the names visually, just what looked nice, so it doesn’t really matter how you pronounce it.”) are mystical deities from the future that time-travel to us (specifically, in this iteration, to the prophet Xavier Toubes), as well as travelling to leaders in the past; albeit those messages have been filtered through leaders who centered the religion on their egos, leading into unfavorable actions and situations. Allman’s role is that of a courier to deliver the messages that Toubes received, after he found manuscripts in his apartment in Chicago detailing the messages of the Ieya. 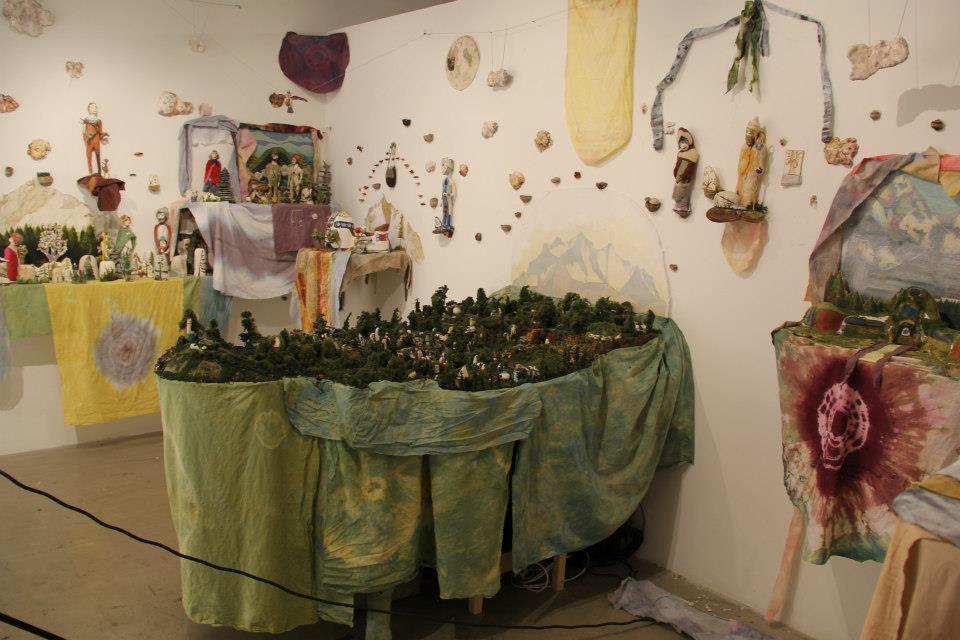 The personalities and stories of the Ieya are ways for Allman to explore different possibilities of a future we could be heading toward, and allow him to view the human timeline in a new way. Jeomaio can manifest itself as two physical bodies – one male, one female – or Bnyamiin chooses to manifest itself in a black, male body, while Modotier also manifests itself with a duality, appearing either as an older or younger woman. The notions of physical appearance, race, and gender are expanded in the future from being assignments to chosen expressions that can morph as needed, and time and space are materials that can be manipulated as the Ieya communicate with others throughout history.

For Allman, the People of Ieya is all about toying around with possibilities more than trying to set ground rules that are unshakeable. The way he sees it, “looking at the march of time, we are evolving into some sort of super organism that will likely have godlike powers and evolving into a giant planetary godlike being ... like maybe God is us, maybe God is us in the future having evolved and become a god,” he says.

While the People of Ieya are completely made up, that doesn’t mean that Allman takes it lightly. “I’m sincere with it, I express all of my sincere beliefs and interests and values,” he says, adding that “all those things are real, despite it being ultimately a work of fiction.” Allman admits to being interested in cults, even to the point of wanting to join one at one point in his area, but he makes it clear that he’s making this up. “It seems really stressful to me that somebody would take really seriously what I have to say. I would hate for somebody to try to pattern their life off of an art project,” he says. Although he’s clear about the fabrication, around 20 people have registered to receive an embroidered patch and email updates.

That doesn’t mean he doesn’t attract some pretty bizarre audiences – first the FBI and later MTV: True Life found out about the cult through various means and have taken to surveillance – albeit MTV maneuvered with compliance and signed contracts, and the FBI still cannot confirm-or-deny their investigation after Allman tried to file with an FOIA.

Outside of working on the ceramic characters and dream-city, Allman does walking tours around Chicago, where he tells stories of time-travelers and happenstances with the Ieya. While he was surprised that he would perk such an interest from the FBI, he understands that a guy leading people in downtown Chicago, in a white robe, telling stories of time-travelers can seem sketchy. “What I didn’t expect is that when you’re under surveillance, it’s not like they’re trying to hide it, it’s like they wanted me to know,” he says. From vans parked outside his door, his apartment broken into, to receiving a barrage of phone calls from numbers across the world, there was a period of about three months two years ago (when the project first started gaining traction) when he and a few of his close friends were consistently bothered for information.

The harassment eventually withered, but it’s unclear whether the file on him has been closed. Nonetheless, Allman has moved forward with the project, creating a pageant, a collaboration with his friend Brock Rock (who wrote the music) that was filmed for the MTV: True Life episode. Allman plans to continuously perform and expand on the pageant, creating a hymnbook and adding new music, as well as expanding on the web comics. Despite talking about doing weekly feasts and meetups on his website, he says, “I’m way too introverted to want to do a lot of in-real-life sort of things … I think I want to focus more on making videos, and some sort of an online haven of a calm space.”

When asked about what realizations he’s come to from working on the project, Allman says, “it’s shown me that there does seem to be a legitimate need that people have for something to fill the role that religion has been filling. But religion feels really outdated, and doesn’t really speak to our modern lives and needs and values. I’ve come away with the sense that there is something that people are wanting, and there’s this sense of optimism that the world is on the cusp of change.” Whether that is true or not, Allman has learned one thing from his art project: “Rituals and communal experiences that are religious and spiritual in nature, even if they are completely fictional, [can give you] the same thing that I got out of Mormonism when I believed. Just the physical acts provide something beneficial, even if it’s not based on something that you believe in a literal way.” 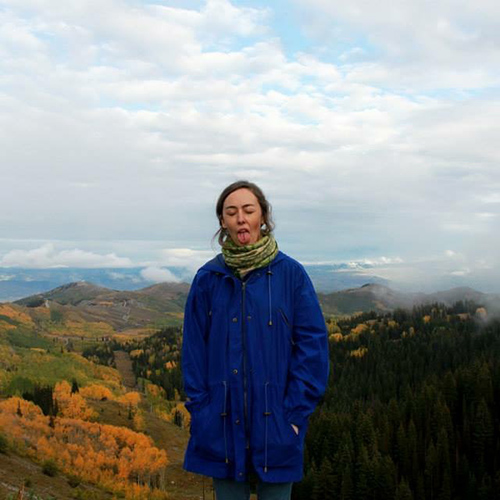 Brinley Froelich lives in Salt Lake City, UT, where she spends her time writing, stitching, or in/on the water. Find more of her work at booforever.com.