Bad News: The UFO Was More of a Metaphor 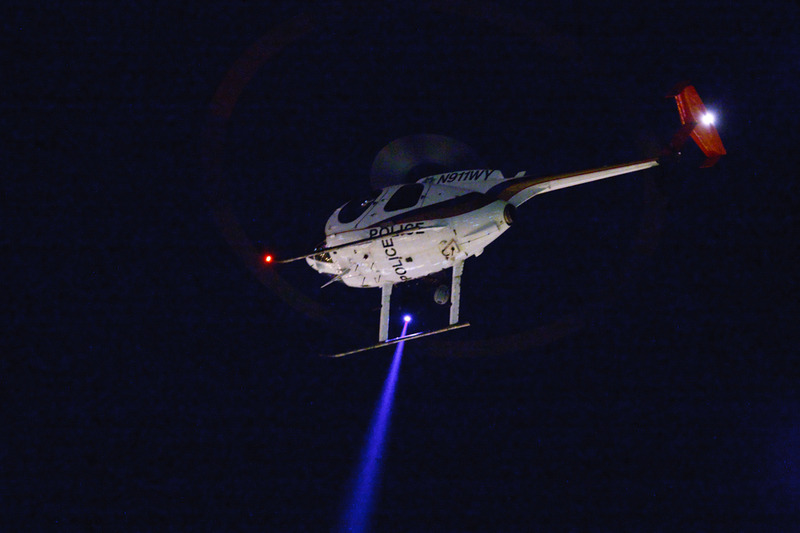 A day late and a dollar short, as usual. This week we take a look at all the fucked up shit that happened on “spaceship Earth” last week, namely the malfunctioning life support systems. The ship’s alarm network is broken, so I'm just going door-to-door shouting “ahwoooga” up your stairwell in the form of this week’s entry.

In case of emergency, smash that soundtrack button, and meet me in the escape pod:

The sun rose on classrooms around the country this morning on the back of news about this new FBI computer game designed to identify young extremists enrolled in the nation’s public schools. The campaign, ironically named Don‘t Be A Puppet, presents teachers and students with a series of questions and scenarios aimed at “preventing young people from being drawn to violent extremism.” Of course, instead of questions about 4chan, Mountain Dew, and Call Of Duty kill/death ratios, the software targets primarily Muslims thought to be at-risk for “Islamist radicalization.” In related news, there have been four lethal school shootings since ten students died at Umpqua community college in Oregon this past October.

Speaking of recruiting schools for extremist organizations, new light has been shed on the secret NSA school that has been recruiting nerds for classified massive surveillance operations. If you ask me, these mathematicians should be included in the war tribunals that will no doubt be imposed on America when all this dust settles.

Good news for Facebook, bad news for everyone else – the social network is expected to join the short list of corporations worth more than $300 billion this week. What does that mean for you? Pretty much nothing, just that the free labor you’re providing them by liking and sharing and posting for hours every day is directly related to how much money is not available in the economy for you and your pathetic “actual material needs.” On the upside, they’re trying to bug you less about your name.

China has been chasing currency reserve status for the yuan for a bit now, and the People’s Bank just announced they would begin accepting trades for the Swiss franc. Not a huge surprise, but it is one more straw on the back of some knees that have been buckling. Meanwhile, today China recorded the highest levels of human-created smog in world history, breaking the record at 50 times the World Health Organization’s maximum of 25-micrograms per 24 hours.

You know in movies when it turns out the evil corporate CEOs who destroyed the mountain village turn out to have vast riches secreted in the Cayman Islands? Well there is a list of the world’s best places for the super-rich to hide their money from taxes called the financial secrecy index and the United States just jumped ahead of the Cayman Islands and became the third best place to be a supervillain.

A big habituation study came out today, the first insight is cute in a menacing kinda way: 72 percent of American children younger than eight use mobile devices like tablets, and children three to four are completely capable of using apps like YouTube and Netflix unassisted. The second finding is shit-your-pants scary: teenagers spend nine hours a day looking at screens. That’s more time than they spend sleeping. It’s also more time than they spend at school.

In trigger warning news, while US death rates have been falling across almost all demographics for nearly a half century, middle-aged whites have been dying in greater and greater numbers every year since 1998. While whites are still less likely to die than blacks, the gap is closing. Why the shift? Welp, experts cite rising rates of suicide and drug overdose.

When the sun set on Monday, it set on a widening fissure growing in just outside Yellowstone National Park.

Squash that beef button! Experts say that due to rising prices, meat thefts are at an all-time high, most of it at the hands of consumers on fixed low incomes faced with the option of eating less meat, or shoplifting it.

A report published today by the Pentagon found that male members of the US military are being sexually assaulted by other male soldiers at a rate 15 times reported numbers. Among the reported numbers, almost a third of the assaults were rape. Staggering and horrifying.

Scientists claim they have found evidence of a parallel universe – a “mysterious glow” leaking into our universe from somewhere else. Are you there God, it’s me, the Tyler stuck in this miserable alternate timeline.

A man accused of bombing a Walmart because it stopped selling the Confederate flag was arrested today, which failed to initiate the debate about whether or not racist white people in America should be considered terrorists.

Researchers in Japan have hooked humans up to EEG machines to measure our emotional response to robots “getting hurt” and found that we do indeed empathize with robots more than other objects. Eeep.

In San Francisco, residents voted on the controversal Proposition F, which would place regulations and restrictions on short-term housing rental such as Airbnb. It lost by basically a landslide. If this is any indication of the economy to come, it’s that disruptive companies can break into the black market with illegal services and then force the government to just deal with it. Real cool. This isn’t what we meant by “we need an illegal squatting movement.”

Google just gave $2.35 billion to racial justice community organizations around the country, which would be cool if it wasn’t because they want to upload all of us into the matrix.

Speaking of, the British government is trying to pass a new law that would force internet providers to track the web browsing history of everyone in the country. The funny thing is they liken this to an “itemized phone bill.” Nope, sorry, it’s actually literally Big Brother.

Target has been closing stores across the country. The department store chain hasn’t really recovered from a massive hack that exposed their entire database of credit cards.

A fascinating piece in the Times today: Stressed, Tired, Rushed: A Portrait of the Modern Family. It’s a collection of a lot of recent studies looking at work-life balance in the digital age, the falling value of college degrees, and the plummeting median household income. Right up my alley, lol.

A Colorado county just voted on the country’s first college scholarship program completely funded by marijuana sales. The program will subsudize tuition for 400 people each year, a savings that will almost certainly help Colorado students afford an extra quarter-ounce a week.

While we’re on the subject, huge news down in Mexico, where lawmakers are considering a nationwide legalization of pot. Just thinking about how serious this is and how it will affect drug cartels is making me worried for the safety of the lawmakers in question. Smoke ’em if you got ’em.

If you’ve ever been to a professional sports game, you might be familiar with the ridiculously over-the-top patriotic pageants that sometimes occur during halftime: soldiers parading around in formalwear, fireworks, literal on-field recruitments, and staged surprise homecomings. A new report today revealed that the Pentagon pays the NFL, MLB, NBA, and NHL millions of dollars for “military marketing contracts” to create these spectacles. Jesus fucking christ.

Let’s consult the logs. What happened today? Well, there was the proposition to allow 16-year-olds to vote. The $500 million dollar military contract to develop a computer program capable of killing people. A new computer algorithm that allows employers to predict whether or not someone will quit their job. Crackas With Attitude, the hacker duo who hacked the CIA director’s email announced they also hacked FBI Deputy Director Mark Giuliano’s email. Apparently there is no such thing as a straight woman – what a surprise to find out that “straight” is a fiction and sexual desire is complex and nuanced. Exxon-mobil finally under official investigation about whether or not they can be held criminally liable for fucking up the entire planet. And last but not least, people are buying homes for the first time at the lowest rate in the last three decades. Other than that it was just a normal Thursday.

Make no mistake, Friday sucked too. It started to the moment Republican lawmakers began harassing the National Oceanic and Atmospheric Administation about whether or not climate change is real, threating to cut funding to the nation’s only weather monitoring organization. This playground shit is actually happening.

New numbers from online retailers reveal that only five companies get 70 percent of all online commerce. Amazon, Facebook, Google, Ebay, and the corporation that owns Sprint and Time Warner Cable are raking it in, with Amazon taking a full fucking third of all money spent on the internet.

Blaming the refugee crisis in Europe, today shitty-furniture manufacturer IKEA announced that they sold out of beds.

Did you know you can tell your web browser to ask internet companies not to track your clicks? It’s called a “Do Not Track”, and internet services can choose whether or not to respect it. Today the FCC rejected a petition to force big internet companies to respect this preference, which in plain language translates to “fuck you, insignificant internet user, this is capitalism.”

Early Saturday, the US military announced they would be conducting secret operations above Los Angeles and diverted air traffic at LAX. By the time the sun was setting, mysterious lights over Los Angeles had everyone screaming about UFOs. In more important “national security” news, the first evidence that President Obama may actually shut down Guantanamo was released today.

Donald Trump hosted Saturday Night Live tonight. Aside from performing a hotline bling meme, making him the first candidate to meme his own meme less than a month after it was created, he also gave the network it’s best ratings in three years. Worse still, the advocacy group who promised to give someone $5,000 if they shouted “Trump is a racist” during the filming ended up giving it to Larry David, who shouted it while in character as Bernie Sanders. Effectively scripting anti-racist protest in an attempt to prempt it. Oh look cool, a modern hellscape.

Nothing happened today unless you count the new eye-tracking software hitting the market, or France saying “life on planet is at stake” because of climate change, or the college football players who went on strike to protest institutional racism, or the fact that Americans over 30 are more miserable than they have ever been.

Tune in next week!