The People of Ieya Chris Allman left the LDS church and created his own sci-fi cult. 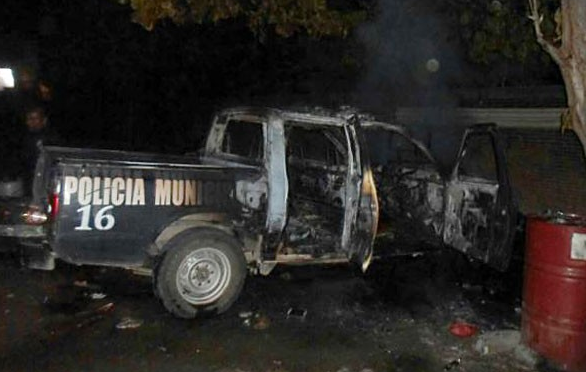 On November 13, Turkish police placed the Kurdish city of Nusaybin under curfew in their ongoing fight against Kurdish militants. Since then, gunshots and explosions can be heard constantly in the town, and seven people, including pregnant women and teenagers, have been killed by police gunfire in the city.

In Brazil, on November 19, charges were filed against officer Rafael de Freitas Rodrigues for his killing of 10-year-old Eduardo de Jesus Ferreira on April 2. During raids on drug gangs in the Complexo do Alemão favela, police claim that they thought Eduardo was pulling out a gun when he reached into his pocket for his cellphone and shot him in the head. The charges being filed, on the other hand, say that police simply shot randomly without any provocation. Eduardo’s mother, Terezinha Maria de Jesus, said that there was no shootout as her son played with his cellphone near the entrance of his home. The only shot she heard was the one that killed her son. Large protests soon followed Eduardo’s death, which occurred only two days after a 41-year-old woman from the same favela was shot in the face by cops during a shootout between police and drug gangs.

People in the small town of Tehuantepec in Oaxaca, Mexico turned all the way up on November 17 after local police crashed their patrol car into a mototaxi, killing the driver, 18-year-old César Aldair López Jiménez, and severely injuring his passenger, 48-year-old María de Jesús Ortiz Lorenzana. At around noon, officer José Alexis Reyes González was driving his patrol truck at high speeds, supposedly with his siren on as he made his way to an emergency. The officer hit the mototaxi, and by the next day, the teenage driver was dead. The officer was quickly removed from the scene, but locals who witnessed the accident were already enraged and hundreds soon gathered to demand justice. They cornered and detained about 20 cops shortly after the accident and began setting fire to three patrol cars and a motorcycle. Police reinforcements in riot gear soon arrived and managed to rescue their fellow cops. Cops also arrested six men identified as agitators which enraged the crowd even more. Hundreds of locals then showed up at the local police station that night and torched the police archives, smashed windows, destroyed furniture, burning at least nine more police vehicles, and even engaging in a gunfight with cops according to some reports. No one was injured, but at least 18 more people were then arrested. By Wednesday, at least 24 people between the ages of 13 and 42 were arrested, including the officer involved in the crash that started it all. The rioting locals caused about US $85,000 in damage, and the mayor blamed outside agitators and organized crime for the unrest. On November 19, people from Tehuantepec then blockaded a major highway to demand the release of all those arrested during the riots.

More than 1,015 people have been killed by US police so far this year, including Jamar Clark in Minneapolis and an unnamed man in Oakland, both killed on November 15. Protesters in both cities then engaged in forms of militant resistance against police repression including throwing rocks at cops and destroying cop cars.