Cooking and Eating for the Young, Broke and Restless. Our new food columnist introduces us to a pasta sauce that is both affordable and perfect bait for snaring lovers. 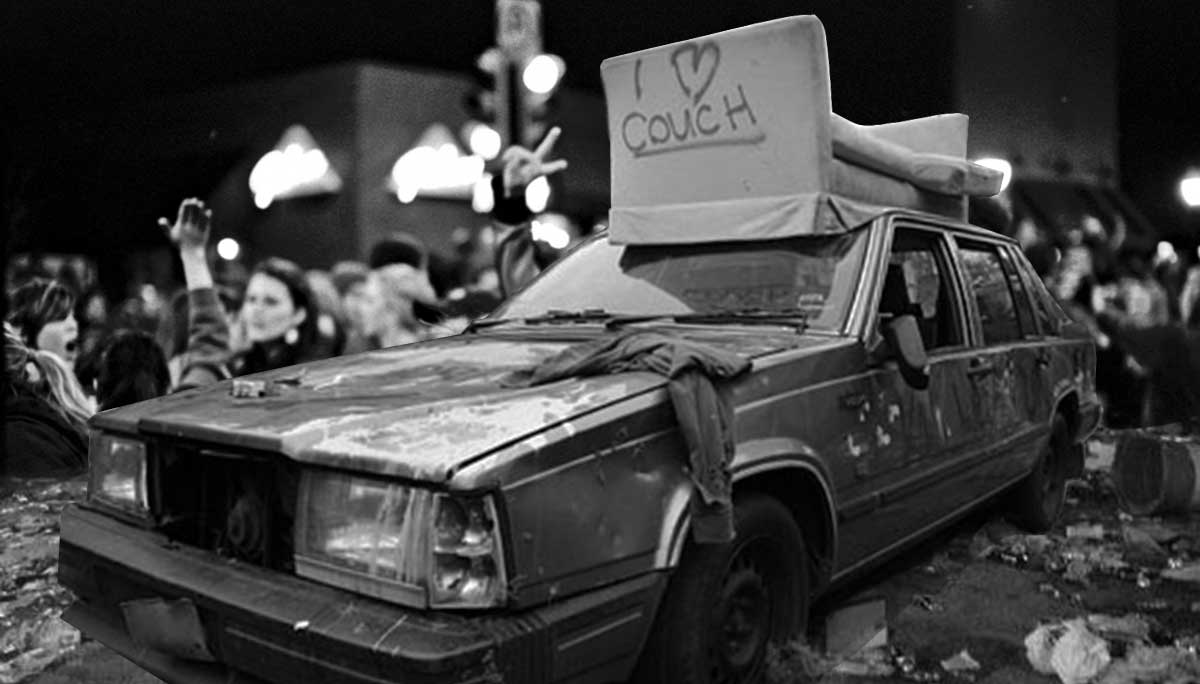 Follow this rule — you’ll be surprised how little you miss out on.

In the winter of 2009, I was 18 years old. Being a non-drinker, I had a pretty complex relationship to house parties but, in general, I enjoyed going to them. When my friend invited me to an “underwear party” in Peoplestown, Atlanta, my first thought was “how are a bunch of hipsters in their underwear gonna avoid being robbed in Peoplestown?” and my second thought was “Definitely, that sounds like that Jimmy Eat World music video!”

As a matter of fact, it was just like that video. Over a hundred young people crammed into a house, dancing in their underwear, watching bands perform catchy songs in the living room. Not a single person seemed to be having a bad time. I caught up with old friends, made some new ones, and screamed along to a Misfits cover band. Midnight came and passed and the crowd was still swaying, laughing and drinking. It seemed as if the night was going to go on without a hitch.

Slowly, however, a mist began to roll over the crowd. At first, no one else seemed to notice. Maybe I was the only one to see it. The room suddenly appeared less jovial than half an hour earlier, and the floor began to collect a new coating of beer and trash. Soon, the music was over and someone started puking in the bathroom. A fight broke out, ended, and then another began (two fights, three guys – someone’s a trouble maker!) A screaming, dramatic break-up erupted in front of everyone, someone passed out and the cops arrived. Holy shit, what just happened? I checked my phone: 2:00 am. It was time to fucking go.

Little did I know that my future would be full of moments like this one. Half a year later, I watch an entire party freak out after some kid overdoses on ketamine, bleeding from his eyes and nose. 2:00 am. Somewhere in the suburbs, my friends end up running through the woods with 80 strangers, hopping fences, dodging angry dogs and getting nabbed by the cops after a high school smoke-weed-be-crazy party is snitched out by the neighbors. 2:00 am. A few years later, a good friend is stabbed by a bunch of homophobes at a New Year’s Eve party. 2:00 am.

I have developed a science for avoiding these scenarios. The rule is simple, but very strict. Always leave by 2:00 am. Because 2:00 am. is fucked up. Why would anyone even want to stay at a party later than that? There’s nothing left to drink, everyone has already decided who they’re going home with, the cops have already showed up a few times, no one thinks straight anymore, and the morons shouting “ironic” racist jokes abound. If you think something is salvageable about this hour, go elsewhere. Maybe some Chinese food will go well with that conversation, maybe it’s a good time to find a swimming pool. Maybe it’s just time to collect some phone numbers and go home. Haven’t you already heard this song tonight, anyway?

Despite my conviction that nothing good happens at a party after 2:00 am., I am willing to admit that I am wrong sometimes. Partially wrong, at least. I’ve seen a few things happen after 2:00 am. that were pretty cool. Or, more accurately, that were noteworthy. For instance, how many times do you get to see a sectarian brawl – hardcore bros vs. PBR hipsters – on a tiny porch in East Atlanta? At least one, if you’re me, breaking my own damn rule. How many times do you get to watch Andy Dick show up to and then drunkenly offend everyone at a punk show in a Decatur basement? How many times have you seen someone calmly slash the tires on a cop car in front of an entire party? (OK, so that last one is noteworthy and undoubtedly cool.)

In any case, the cons far outweigh the foreseeable benefits. The next time you’re at a party, leave at 2:00 am. Watch what happens. You won’t get pulled over, broken up with, jumped, or thrown up on. You guaranteed won’t be hungover in the morning or fired from your job, and if you watch where you walk, you might find money on the ground. Just make sure someone stays to let you know if the party turns into a riot or something.