Always leave the party by 2:00 am — why staying later than that never leads to anything good. Well, almost never. 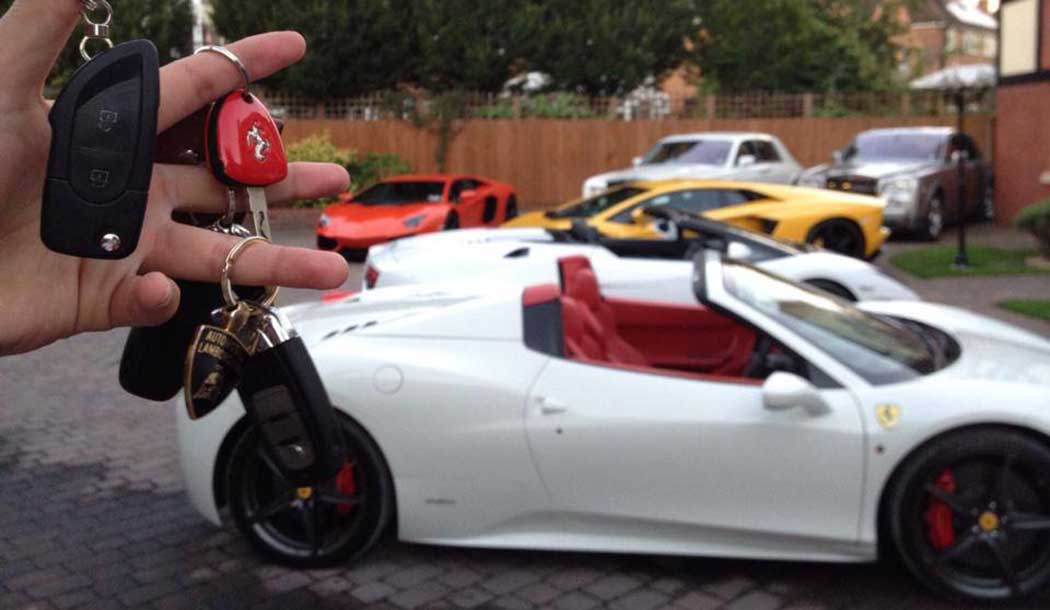 Which one to choose?

Rich Kid of Instagram Loses $850,000 Worth of Luxury Cars in Repeated Arson Attacks

Flipping through Aleem Iqbal's Instagram feed, I quickly lost track of the number of cars this 19-year-old claims to own. Like other ‘rich kids of Instagram’ ‘Lord Aleem,’ as he calls himself, seems to buy new luxury cars just to have something new to say, and because buying another copy – but in a different color – of something you already own is one conceivable form of consumption. Either way, his life recently took a turn toward minimalism as four of his luxury cars got destroyed in repeated arson attacks.

Aleem Iqbal works for his father's luxury car firm which leases Rolls-Royce, Lamborghini, Ferrari, and Bentley cars. On June 6, Iqbal took the Lamborghini Aventador Roadster he had leased to a wedding in Bedfordshire, UK. At the end of the night, it had been drenched in petrol and lit on fire. The next week, three other cars were destroyed in Birmingham. This time it was two Audi R8 Spyder supercars and a Bentley Flying Spur,

Although Iqbal has thousands of fans and followers on Instagram, Facebook, Youtube, and Twitter, it seems at least some people had enough of his boasting. Oh well, maybe he learned something. But probably not.