#FreeBlaq According to their social media and friends, Blaqstarr is being held in a Baltimore jail without bail.

Not Sorry The latest mix from DJ Erika Kayne gets in your face and stays there – and you'll love every minute of it. 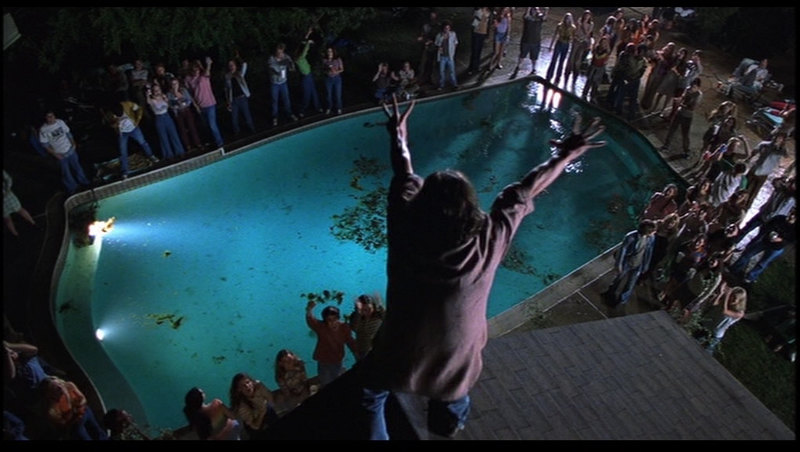 “A man is a success if he gets up in the morning and gets to bed at night, and in between he does what he wants to do.”

I don’t know if Bob Dylan actually said that, but the Internet says so and for me, it’s the lens through which I have always taken stock of my life. How much time am I spending doing the things I want to do?

After a couple months of anxious unemployment, I’ve been at my new job for a little over six months now. And while it’s still a job, with demands on my time and energy, this career change has been the biggest step I’ve taken toward “doing what I want to do” and therefore, the biggest step toward my personal measure of success.

When I was with my mother one weekend, she again explained to my sister the only part of my new job she understands: that I wear a T-shirt everyday. I think my mom is impressed by this considering how often she brings it up. She seems to tacitly understand the flex involved in not having to “dress up” for anyone, even if it’s a right I haven’t earned but one I have been given by a permissive workplace. She also says my cousin (who I’m not related to at all, but calls my mother “auntie”) thinks I’m a “rockstar.” I think about these things as I pull on my sweatpants before work, and I feel pretty good.

I take the bus. “Rockstar lifestyle might not make it.” I’m the first stop so usually I know when to be there, and I wait for the driver to finish taking their break, before they climb in and invite me aboard. I say good morning, drop my Metrocard in, and then say thank you as I walk to the back of the bus. I rarely make eye contact. I still have trouble with it as a general matter. I do worry it comes off as rude but I just have trouble with it.

I’m still not used to commuting above ground, but it’s good. I can check Twitter, listen to music. Right now I’m reading a memoir called Born Bright: A Young Girl's Journey from Nothing to Something in America by C. Nicole Mason. It’s about overcoming poverty, something I admittedly know nothing about firsthand. My mom grew up poor. My parents worked extremely hard when they first came to this country and still do, but most of their hardship came before me. Shortly after I was born, they moved into their own house. Recently my mom showed me the envelope containing their last mortgage payment. There was no celebration or anything. She smiled though.

Right now, work has a certain flow to it. Some days are busier than others, and I generally know which days ahead of time. I get in early and leave at a reasonable hour. I still tweet a lot at work on days that are slower, and my boss who follows me doesn’t seem to mind. He’s pretty hands-off in general. As long as everything gets done and done well, he doesn’t seem too worried. It’s nice. I don’t complain about work on Twitter anymore. I’ll trade some content for happiness, at least sometimes.

The trip home always feels faster. I’m pretty reclusive on weekdays. If it’s a particularly stressful day, I’ll sit and have a smoke. If it’s not a particularly stressful day, I’ll sit and have a smoke. I’m trying to cook more to save money but also to feel like a regular person again. Anxiety keeps me from doing even the most basic and easy things around the apartment. Cooking and cleaning became these impossible undertakings and though I still struggle sometimes, I’ve gotten a lot better. I sometimes go for runs with a friend, but I never was much of a runner and I haven’t run with him in a while. I’m still working on the exercise thing, but cooking for myself again makes me feel less guilty about it. These “problems” are pretty nice to have compared to where I was a couple years ago, broken over nothing and everything. Life now feels like working on how to make things better, instead of just working on how to not fall apart. There are still bad days, but they are fewer and farther between now.

I’m not having a bad day right now but I’ve been feeling my emotions start to slip. I’m worried about nothing in particular and I just don’t feel “good.” That still happens, and I’m sure to some extent, it happens to everyone. That non-specific sense of dread is so hard to deal with because my way of coping with bad feelings is to try to dissect them until I understand what’s behind them and then I can start to let them go. This doesn’t work when nothing is “wrong.” It’ll pass, one way or another. The fact that I have faith in that is a good sign. I still worry about more tangible things: relationships with my friends, family, women. I started worrying about my “career” recently which is something I never thought about before because every other job I’ve ever had was just that, a job. I’m not an ambitious person by any stretch so this is a new, bittersweet, concern.

I watch reruns because they are comforting and because TV is still the only thing that stops my mind from racing. After I climb into bed, I tap three times the front of my shoulder which has the words “Go! Fight! Win!” on it, an inside joke and tribute to a friend that passed five years ago. In my head I say the names of people that have died that meant something to me. Christina, a girl I went to highschool with who died way too young; Troy Davis, who was executed for a murder he almost certainly did not commit; Trayvon Martin; Mark; another friend; my grandmother and Aunt Donna; and the mothers of two of my best friends. I say them in that order, and add a couple more names as things happen in my life or in the news. I pray for them because I like to feel that there’s something out there that can hear me and then I pray for “the strength to do what I need to do” because I feel like that’s asking a lot without asking too much. I go to sleep.