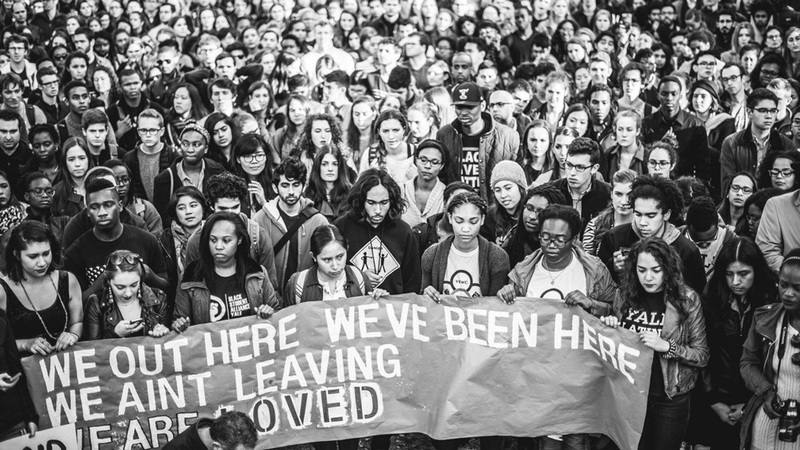 I was on the bus heading to work when I came across that piece about MTV News in my Twitter feed. I started by reading some excerpts, then, even though I wanted to withhold my click, I dug into the whole thing. It went out of its way to discredit a group of insightful, talented, black writers. I can only imagine the anger they must’ve felt and I witnessed some of it looking at their Twitter feeds. Despite their accomplishments evidenced both by their academic success and their journalistic output, their credentials were reduced to “well-oiled personal brands” and being “entrenched in identity politics.” As far as I can tell, this dual criticism translates to having readers and writing while not being white. The bit about “identity politics” stuck with me.

The term “identity politics” is bullshit. More precisely, the way the term is used (as it was in that piece) to dismiss the experiences, perspectives, and intellectual work of anyone that isn’t white and male, is bullshit and here’s why: no one experiences or produces anything devoid of identity. We all filter everything through who we are, but only when you’re non-white and/or non-male are you accused of bias for relaying the truth of your own experience.

When non-whites and non-males speak on what we experience, or even speak based on careful research and observation, all while conforming to the language and references of whatever white men have decided is canon, we’re often dismissed as biased by the mere fact of who we are. But who can truly reach outside themselves and transcend their own identity to see things with an objectivity divorced from that identity? Certainly not a white man, who, while rarely accused of the myopia of identity politics, has had the least reason in all of history to even consider what goes on in the lives of people who aren’t also white men. Why is that perspective seen as default and unbiased when it’s been allowed and even encouraged to be the narrowest?

Identity is the sum of your life’s experiences and it’s inseparable from how you see and understand the world. You can’t turn it on and off. You’ll always see and understand things through the lens of yourself. Whiteness and maleness are identities too, ones deeply steeped in their own privileges and biases, but only recently has the term been applied to white people and even in those pieces the term is recognized as typically applied to marginalized groups, as if white people don’t perceive the world and its issues through their whiteness.

If we accept that we all have identities that inform how we think and act, the importance of diversity becomes clear. Diversity produces better, broader, more thoughtful perspectives. We can’t rely on anyone to look at things “objectively” but we can try to understand the issues we encounter from as many angles as possible. Diversity isn’t just a “nice to have” or a demonstration of morality. Diversifying spaces is not a favor bestowed upon marginalized people. Diversity helps address the blind spots we all have by relying on “the wisdom of crowds,” to borrow the title of James Surowiecki’s book. But the idea of white, male objectivity and the Nation piece, though not written by a white man, ignores this value. The author writes,

“...concerns about hapless token hiring and lowering the bar of quality just to fulfill an undefined diversity quota loom large. In practice, however, it often just rewards how well a writer is able to promote his or her perspective to a specific audience.”

“...in order to make your opinion count, you need to sway people who don’t agree with you.”

The piece is quite old by now and has been heavily criticized by many, but I take it as an example of the larger way non-white, non-male people are discredited for simply existing and speaking. Our experiences and opinions don’t matter because we are underqualified and only filling a quota. They also don’t matter because we’re not convincing “people who don’t agree” with us, as if the burden is on us to get others to validate the truth of our experiences, to convince you that our lives are what we say they are. This burden just doesn’t exist for white male writers. Their experiences and opinions are taken as de facto valid. This is curious because as much as the demographics of the world are changing, a white person can still build an entire, full life where they avoid all meaningful interaction with people unlike themselves. And yet we’re the ones regularly accused of suffering from tunnel vision, even as we navigate their world, succeeding at games with rules we didn’t make. We’re the ones that can’t see past ourselves.

I have no problem saying that non-whites know much more about whites than vice-versa. The same goes for LGBTQ persons and straight people and other dynamics involving dominant groups and subjugated groups. The subjugated have to amass that knowledge as a matter of survival. To perpetuate this idea of white objectivity – a dynamic in which we are forced to know everything about white people while also being accused of not being able to see or understand beyond our own identities – is incredibly bold and out of touch.

The idea that non-white, non-male persons are biased by default is part of a larger problem. This applies to much more than being black, but I speak from my own experience: being black is constantly being told I’m crazy. Being black is constantly being told that I don’t see what I see and I shouldn’t feel what I feel. It’s beyond being told my experiences don’t matter, it’s being told that I didn’t even have them, that I’m misinterpreting events and memories in my own life. Being black is having someone who barely knows you or anyone like you, telling you all about yourself.

This isn’t about shitting on white men or people who think they can be objective in their views where others can’t be. This is about pointing out that we all impress our own lived experience onto the world around us. But it’s also about dispelling the myth that people who aren’t white men are not to be counted on for legitimate analysis. If there are any people that can be counted on to be objective, it’s definitely not those who have had the most privilege and least reason to venture outside of their socially and economically protected little bubbles.