Streetwear's long rebellion against itself – Alex G. Brown describes the birth and transformation of an iconic American style. 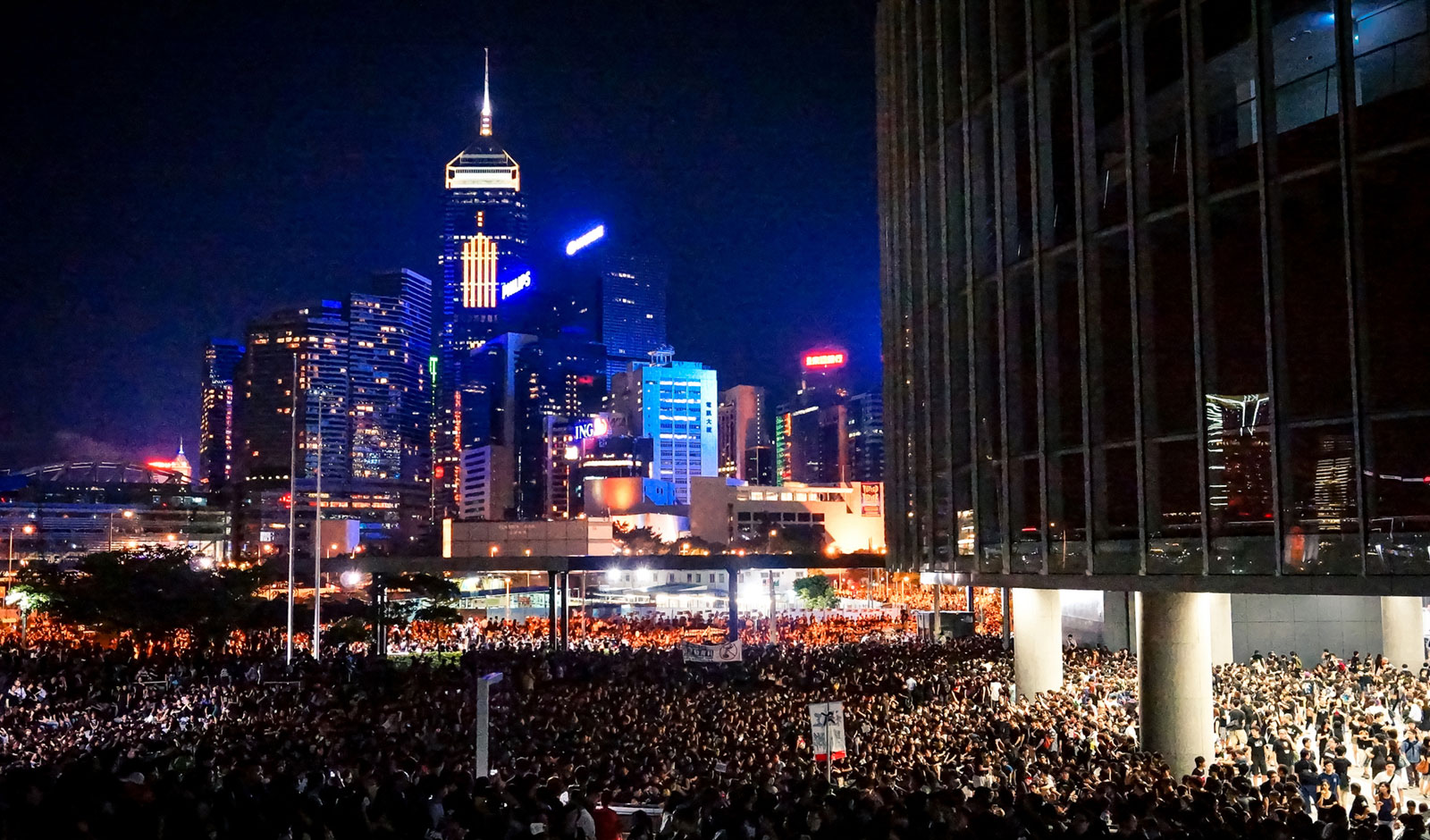 Witnessing the Protests in Hong Kong

I realized that something was brewing while on the hour-long train ride from Lok Ma Chau, the land border crossing from Shenzhen, into central Kowloon, the bit of Hong Kong hard across the harbor from the LED-drenched skyline of The Island. The video screens on MTR trains play an ongoing loop of local news snippets, complete with repeated commercials, and subtitles in Chinese (which I neither speak nor read). Catching up on an uncensored Internet for the first time in several days, it took me a while to notice an uncharacteristic violence in the news video clip playing in my peripheral vision, and then to slowly realize that the public transit system of a city in China was showing video, shot the night before, of police violently suppressing a public protest.

I had to go see for myself, of course.

The protesters flowed out of Admiralty station in a steady stream this past Saturday. Mostly students, nearly all wearing the yellow ribbon, most carrying a surgical mask or a set of shop goggles or a bit of cling film – talismans against the “CS foam” (pepper spray, to those not enmeshed in the paramilitary lingo of modern policing) deployed the night before. MTR employees in soft yellow polo shirts shepherded the flow, ignorant to the political or entertainment goals of their riders on a Saturday night.

Closer to the Government Center the atmosphere grew louder. The footbridges over Connaught Road were clogged with people. Every few minutes someone would walk up with a box of water bottles, or a bag of energy bars, or an umbrella, to make a donation to the cause. Video cameras, DSLRs, point-and-shoot cameras, and phonecams were in every hand to document abuses.

At the end of the footbridge the reason for the crowding became clear. The stairway, escalator and elevator leading down towards Civic Square were blocked by two dozen police officers, who’d set up an efficient little PA speaker and given the mic to a young, calm-voiced officer who repeated more or less the same words, over and over, a sort of benediction against the manifest will of the people.

The people of Hong Kong have a peculiar Britishness to them. In some ways Hong Kong feels more British, to me, than London – the latter metastasizing over the last decade into a strange playground for Russian money and Arab kleptocrats while the former built new trains and created new art about the Falklands War.

But as one Hong Kong native told me earlier in the day, “We never had democracy in the first place”. The British Empire was too busy to spend much time worrying about the feelings of overseas subjects, and the Queen’s appointed Governor was certainly not elected locally. Western democratic ideals were a late arrival in Hong Kong, and the big selling point for the 2017 elections is “universal suffrage” – at last, everybody in Hong Kong gets to vote on the Chief Executive. The catch is, under the election rules as they stand, Beijing gets to pick which candidates “everybody” can choose between.

Which is why the students are protesting, carrying their little bundles of plastic film and their phonecams, installing FireChat and Twister in the hope that mesh networking will save their digital communications from being shut down by the police, getting maced and blocking the main arterial road, hoping that their bravery and loops of yellow ribbon will translate to the possibility of a locally supported candidate having a chance to contest the election.

I watched Occupy San Francisco devolve into a muddy morass and crumple under the batons of cops, and I have watched many more protests worldwide on video and in person. Standing on that footbridge, that Saturday evening in Hong Kong, I was utterly blown away by the simple courtesy of the confrontation. Nearly none of the protesters had any mask beyond a surgical one; I didn’t see anything that could be construed as a weapon (although that didn’t prevent the officials from decrying the plastic cling film as a threat to public safety the next day); and while I don’t understand Cantonese, I do understand the tone and body language of provocation, and it was almost entirely absent from the crowd.

They just wanted the police to stop preventing the protest.

Later in the evening, a small group of officers attempted to set up a new barricade at the far end of the footbridge I was on, to prevent additional protesters from joining the perhaps 800 people standing on the bridge closer to Civic Square. For a few minutes it worked; people emerging from the underground station followed the barricades along, away from the protest area, and the crowd on the bridge thinned appreciably; but then the mass of protesters realized what was being done, and without malice or threat, a sizeable crowd filtered towards the cops’ position from the rear, and after a small and not especially tense standoff the barricades came down and the temporarily separated crowds surged together, joyously. Less than five minutes later, I saw one of the officers from the barricade, in the crowd, without a backup officer, tearing down and cleaning up the POLICE LINE DO NOT CROSS tape from an earlier, even more futile, crowd control attempt. The officer was smiling and joking with a protester.

Every once in a while, things would get more raucous near the escalators, folks would surge inwards, umbrellas would be raised more vigorously, and a certain amount of yelling and scuffling would happen. Then each time, the situation appeared to re-settle without significant change occurring, and I found myself bewildered – what just happened? After one such commotion, I saw a group of five students leaving the crowd, heading towards the subway, comforting each other, and the people near me muttered that these kids had been sprayed.

To which the crowd’s response was to chant some more, to pass a few more umbrellas forward, to continue to photograph, to record video, to organize, and to pick up the trash.

I shudder to imagine how this would have gone down in San Francisco or St Louis – how many broken bones, how many drawn firearms, how many senseless and unprosecutable arrests would have ensued.

The protests continue. Connaught Road is now occupied, blocking the major motor throughway connecting the east and west ends of Hong Kong’s iconic downtown skyline. The tear gas and threats of firearms have escalated the violence from the police, while a few protesters apparently made illicit entrance to one of the public buildings.

I don’t know if Hong Kong will get a free election; I have hope, but Beijing seems unyielding. Hong Kong is keenly aware of its reduced economic leverage; the mainland export economy could probably survive cutting off Hong Kong entirely (although the transition would be rough; a significant fraction of export business from Shenzhen and other export-oriented cities still depends on Hong Kong-based hacks and workarounds for economic barriers erected during the Special Economic Zone era). Beijing is deeply paranoid of political protests spreading within the mainland (you can’t say “umbrella” on Weibo, today).

The western news coverage focuses on the drama of the anti-crowd weapons, but the enduring image for me will be the simple decency of a 14 year old girl, in school uniform, unpacking boxes of donated water, electrolyte drink, and food, and stacking the boxes next to the rubbish bins. Even in protest, Hong Kong is orderly. 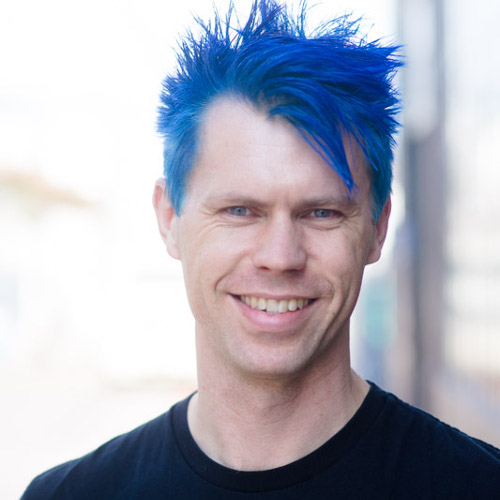 Andrew Isaacson is a hacker based in San Francisco, where he co-founded
the Noisebridge hackerspace. He likes increasing human liberty, helping
communities empower themselves, securing digital communications, and
drinking good coffee.