Living with Candida. After years of pain and infections, Sheba found out that she has candida, and had to adjust to living with it for the rest of her life. 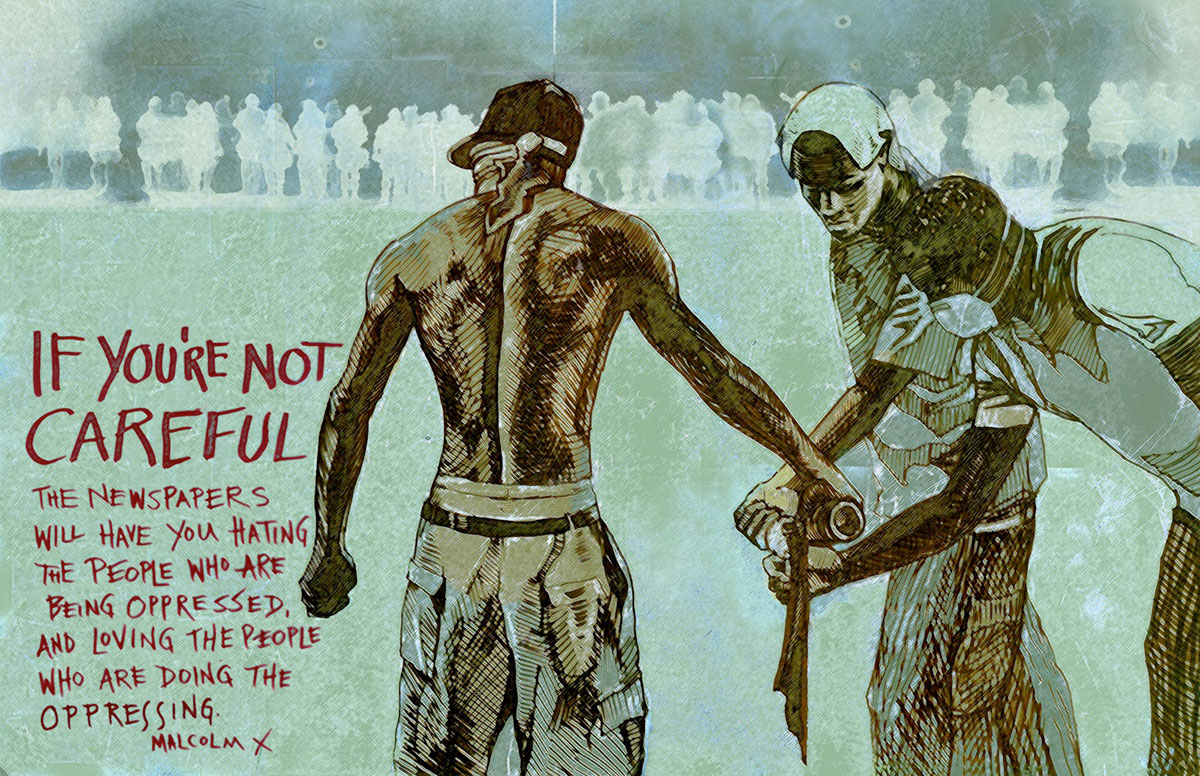 One Simple Way To Support #Ferguson

To be totally honest, when I wrote “Hey, Step Back with the Riot Shaming” the morning after the first night of anti-police riots in Ferguson, MO, I thought that it might go on for maybe a few days. That was ten days ago now. Since then, the article has been read more than 30,000 times and shared on FB more than 10,000 times. As someone who has been watching and living this sort of thing my whole life, I honestly thought it would be just another tragically short-lived #JusticeForSoAndSo tribute to a person of color shot by the police. I was wrong.

It’s kind of a gross time to be a magazine right now with the world’s attention on Ferguson. It’s so hard to say something useful or important or incisive without choosing a side, as it were. For many magazines, that’s a scary thing to do. (Not us: fuck the police.) Also, pretty much everything about Ferguson that goes up online produces ad revenue. That’s also pretty gross. But because we have both chosen a side and have zero ads on the site, I thought I’d take advantage of the attention we’re getting to support #Ferguson.

If you’re time zones away from Ferguson, reading through Twitter or seeing articles fly past on Facebook wondering “what can I do?!” this is what you can do. The tear gas, the rubber bullets, the tactical sweeps through the neighborhood, the LRAD noise cannon, and all the other police brutalities are merely superficial compared to their most effective tactic of repression: legal entanglement.

For generations, the legal system in this country has disproportionately targeted poor people, especially people of color. Entire communities are trapped in cycles of poverty, court dates, fees, jail time, credit card debt, petty crime, repeat ad infinitum. In many ways, that’s what this struggle is about in the first place: disproportionate treatment by law.

The group Anti-state STL is committed to relieving “those arrested during the demonstrations – their bail money, fines, legal funds, or other related expenses” and has recently stepped forward to help manage a donation account, and distribute the money to those in need.

So here is what you can do. You can head here to donate. But we are also excited to announce that Corina Dross, the author of the Mask Magazine horoscopes, has produced a poster to raise money. It’s pictured above, printed on 11×17 80# gloss stock, and ships flat. It’s $10. All proceeds go straight to the legal fund. Get it.