Dead and Dying on the Bayou 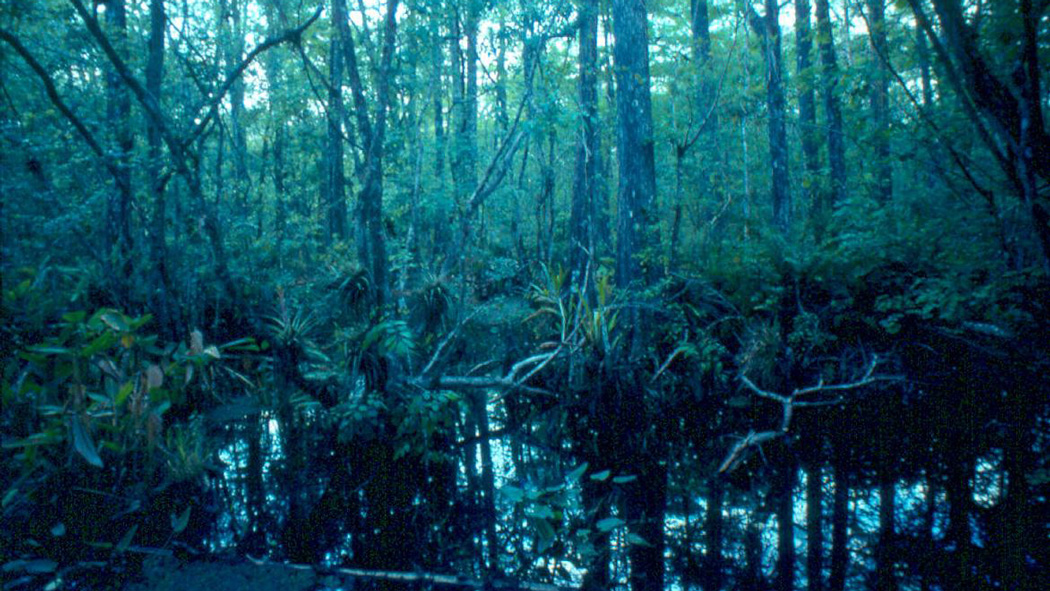 Dead and Dying on the Bayou

Things don’t happen how they are supposed to, but this time Uncle Bob made sure to die.

These are tales of mud and death in America. These are tales of love and forgetting in Arkansas. Here is the tale about the time Uncle Bob made sure to die; during a family movie night, he locked himself in the bathroom, slit his wrists, then overdosed on his prescription pills, which he removed the labels from so no medic could help him. I don’t know how much time had passed until the rest of them realized that he was gone for way too long. The medics said he died in the ambulance, but my aunt, a nurse, knew that when she found him, he had already been dead. This is a tale about when it rains in Arkansas, when the ground softens, when the water rises, and when it doesn’t stop.

My uncle was someone I barely knew. I feel quite disconnected from him, as a matter of fact, because I had only met him when I was seven years old, at his marriage with my Aunt Linda. I don’t even remember what he looks like, but I’m sure he was a good man, because Aunt Linda decided that he was worthy of spending her entire life with, despite her past. Uncle Bob had resembled a sort of second chance for my aunt; after she overcame a divorce from an abusive relationship, and an incident of rape during her adolescence, she found the right guy. He was sweet and funny; someone a person like her needed in her life. Sometimes I wonder: Would she have married him if she knew all of it would end like this?

A disgusting, stereotypical hayseed culture that is lassoed somewhere between the midwest and south swamps my family. They are polite, but behind their manners is tied a web of ignorance and fear. I have come to despise it, as one should. I’ve never been an admirer of guns, quite the opposite actually. I’m queer, they’re not. I’m agnostic, they’re fundamentalist Christians. Yet it is my gradual unlearning of these reactionary convictions I had been taught as a child that makes me feel like a liquid among a group of solids. I always feel afraid at family gatherings; afraid that something about my queerness will accidentally slip from my mouth, afraid that I might uncontrollably express my leftist views at the dinner table, afraid of how my family might react. I change my phone wallpapers from beautiful men to the basic screen of a greenish haze. I am conscious of whoever is around me when I scroll through social media.I shouldn’t have to fear my family, but I do. The only way I feel connected to the majority of my family is through blood and obligation. I feel like there is nothing I can do to change these things.

The Louisiana Purchase State Park is located in Monroe County, Arkansas. In the park is a boardwalk, and at the end of the boardwalk is a tall granite marker, with a commemoration of the date that US engineers surveyed its land. I believe it is no coincidence that that giant stone also resembles a tombstone.

My mom’s side of the family had never been financially fortunate. Generation after generation, they had always settled out somewhere in the Midwest or South, to reap the land of all its fruits, to slaughter pigs and cradle cows. But what they lacked in riches, they made up for in faith. The family generation before my own, all attended a Baptist chapel, along with the rest of their community. My mother would tell me stories of religious miracles that occurred within the church; stories of healing and stories of salvation. Out of all her sisters, my mom remained the most religious, as she dragged me to church against my will, insisting that it’s “because we’re a family.” The rest of her sisters, including Linda, never did the same to their children.  Apart from the occasional bible verse quote shared on Facebook and a conversation of God or two with family members, she would hardly be considered religious. It’s odd, though. One would think that a person with the most miserable life would turn to religion for comfort, but my mother is the most fortunate out of all of her sisters, and yet she is the most religious.

My mother moved to the West Coast and made a life for herself as an elementary school teacher. She married my dad here, who was also an elementary school teacher. They made a lot of money. Meanwhile, my mother’s sisters struggled financially, and she would often lend them money. She lent Linda the most money of all the other siblings, almost too much money. Linda says thank you, since that’s all she can really do, and my mother doesn’t mind, because she strives to represent the ideals commanded in the good book; ideals such as generosity and forgiveness. My mother often sends me Bible verses, even though I tell her not to. One she had sent me was 1 Timothy 6: 17-19: “Command those who are rich in this present age not to be haughty, nor to trust in uncertain riches but in the living God, who gives us richly all things to enjoy. Let them do good, that they be rich in good works, ready to give, willing to share, storing up for themselves a good foundation for the time to come, that they may lay hold on eternal life.” Linda was rich in good works. Her name, of Germanic origin, means, “soft, tender.” 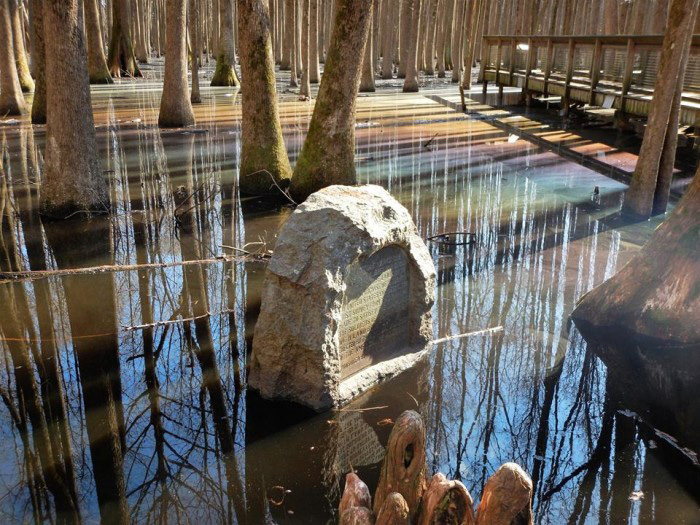 Uncle Bob had always struggled with sickness. His family berated him. At Linda’s and Don’s wedding, Bob’s parents would intermingle with the rest of the attendees. My grandmother remembers that they went on and on about all of their children with pride and admiration, with the exception Bob. It was their own son’s wedding, and they didn’t say a good word about him. After his death, my grandma told me all about his abuse. With her eyes gazing at the ground, she said, “I just couldn’t believe it... It’s a wonder that he turned out as kind as he did.” I can only imagine how his family’s brutal treatment against him had sowed deep seeds of inadequacy within his heart. I’ve been told he went to a psychiatrist. The doctor prescribed him some anti-depressants. He took them, they seemed to work, so he continued taking them. He never saw a therapist. He rarely opened up about his issues. Instead, he self-medicated, making more of a promise with the ring around the bottle than the ring around his finger.

After Bob’s death, I asked my mother how Bob’s mother must be grieving. She said, “Well, I’m sure she is grieving.” Losing a child is the worst pain in the world. Suicide makes the death even sadder. Especially at such an old age. The son isn’t supposed to die before the mother, that’s not how it’s supposed to happen. It’s supposed to be the grandparents, then the parents, then the children, then the children’s children, and so on. But things don’t happen how they are supposed to happen. So, sometimes, children die before their parents, and sometimes parents treat their beloved children so cruelly it’s as if they hated them. Still, Bob’s family should have loved him better.

I remember when my family, my grandma, her daughters, and their children, all visited their old farm home for the last time before it was torn down, taking me along with them. I was seven years old. The house had fallen apart. There were rats, dust bunnies hiding in the corners, and some clothes that seemed to belong to no one. The white paint on the picket fences had slowly chipped away, to blow away onto fields of dead grass. Some wealthy family planned to destroy the home, and refurbish the land into something useful, expensive, and clean. The two-story house, built by my grandfather alone, wasn’t just a place of occupancy; it was a place of storage for fond memories. Stories of rambunctious children and clueless adults; stories of miracles and magic, among the mire. But like all things, it turned brown. In the end, those agricultural wetlands were bound to sink and drown, after my grandpa had suffered a heart attack. He grabbed his chest, fell from the white porch step into a front lawn of brown weeds, and died.

The precautions my uncle took for his death are quite alarming. But it is these precautions that prove to me that he was absolutely determined to die. He knew someone would come in and try to save him, and he didn’t want that, hence the locking of the door and removal of the labels. He knew that sometimes pills don’t work and that sometimes the slitting of wrists fails as well, and by doing both, he reinforced his potential to die. He really did want to die. And I really do believe, that if there is a heaven, he is there. Despite what the ignorant fundamentalists say, despite their accusations of selfishness and damnation, they are wrong. No one that kills themselves is selfish, they are just hurting. I barely knew Uncle Bob, yet I love him so much.

Despite my agnosticism, I often think of a bible verse when a loved one dies. In the New Testament, in Matthew 13:44, is written: “Again, the kingdom of heaven is like treasure hidden in a field, which a man found and hid; and for joy over it he goes and sells all that he has and buys that field.” My uncle went, and he sold all that he had, and he bought that field.

The wedded couple was a dynamic duo. While Bob illustrated skills with the guitar, Linda could sing like no other. At their wedding, they both decided to perform a song, written by a songstress who shared Linda’s name: Linda Ronstadt. The song they chose, was Blue Bayou. In a couple of months, they would have celebrated their 10th wedding anniversary. 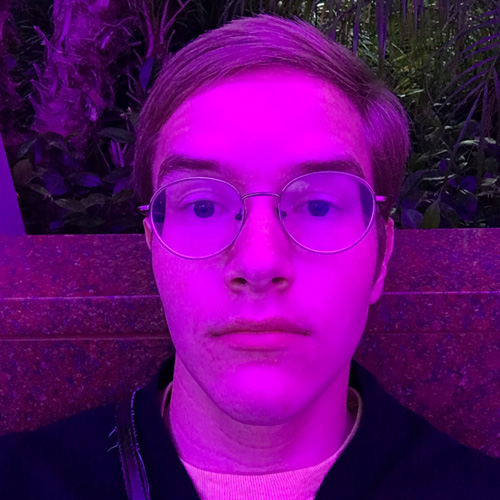 M.E. Funke is a non-binary seventeen-year-old, emerging as a freelance writer, while suffering in sweaty suburban Southern California to achieve his high school diploma.