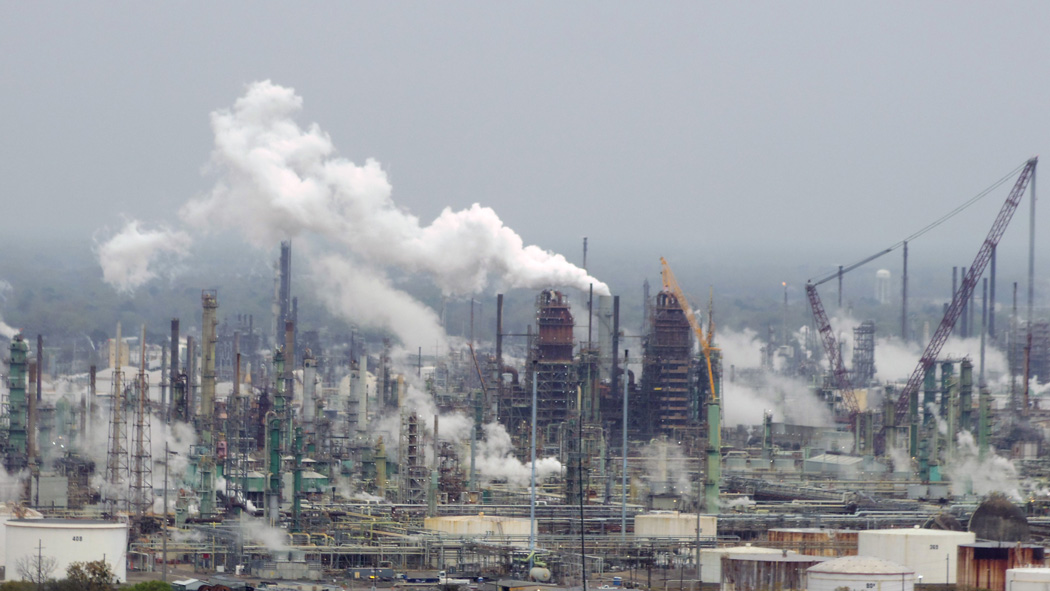 The Hidden Struggle of Cancer Alley

A 100-mile stretch from New Orleans to Baton Rouge has over 156 industrial facilities. The most toxic land in the Western hemisphere, it is also a site of black resistance.

In Wes Craven’s 1982 film Swamp Thing, adapted from the DC Comic series of the same name, a Louisianan scientist named Alec Holland is transformed into a monstrous human-plant hybrid. The creature, dubbed the eponymous Swamp Thing, is unnatural. He is sentient vegetation, after all. Yet even after he diverges from homo sapien to the vegetal (swampus erectus?), his actions in the film betray very human attachments. After Holland’s love interest, Alice, discovers his mutation, he hands her an orchid and tells her, “Much beauty in the swamp, if only you look.”

But despite Holland’s declaration, and his designation as the film’s redemptive protagonist, the terrain after which he is named and from which he is made is nonetheless figured as an impenetrable vault. Growing wild at the margins of civil society, the swamp is where strange science experiments (including one that Holland himself was conducting) and DNA-spliced, binary-collapsing creatures, are hidden from view. 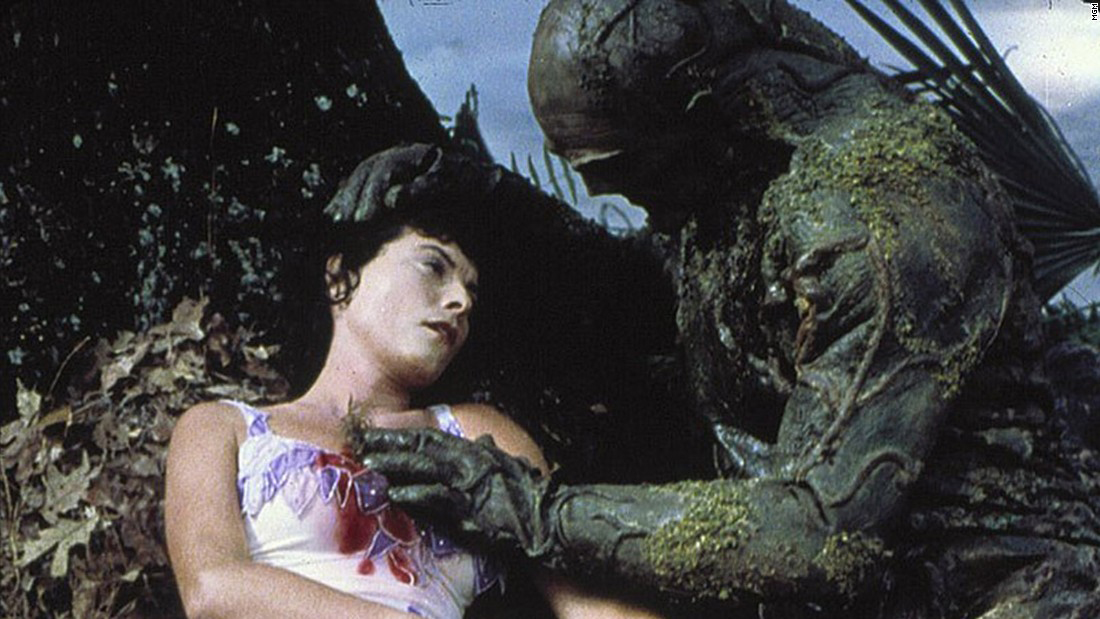 The swamp made an additional appearance in popular consciousness in 2005, when the levees built to protect New Orleans from the rising flood waters of Lake Pontchartrain and the Gulf of Mexico failed. The outermost wetlands, which had been assiduously drained since the nineteenth century to make way for residences, had returned. Nowhere was the devastation more acute than in the Lower Ninth Ward, a neighborhood that at the time of Katrina was over 98 percent black and largely poor. It was the last part of the city to be pumped dry, the last neighborhood to regain electricity and water services. Historical segregation and redlining, the legacy of Jim Crow, and incompetent infrastructural design amplified the hurricane’s destructive impact on black residents. The destruction of the Lower Ninth Ward and the struggle over its reconstruction actualized a racist narrative that interpreted Hurricane Katrina as a divine mandate to “clean up” (that is, gentrify) the city. Only about 37 percent of its original residents have returned to the Lower Ninth.

But the spatial proximity of poor people of color to the swamp predates New Orleans at the time of Katrina. In the eighteenth century, Louisiana held the largest Maroon settlements on the continent. Maroons – from the Spanish cimarrón, a name given to those that had escaped slavery – found cover in the swamp, forest, and tributaries surrounding the plantations, where muddy terrain made pursuit difficult. Like many of the areas in the state lying closest to the swamplands, the Lower Ninth was first populated by poor black people, many formerly enslaved, who were unable to afford land in safer, higher-elevated parts of the state. According to Sustain the Nine, a grassroots organization for the restoration of the Lower Ninth, the neighborhood was so undesirable that “poor African Americans and immigrant laborers from Ireland, Germany and Italy ... risked flooding and disease to move [there].” Given this historical proximity to the swamp, is it any wonder that the swamp has been designated as a no-man’s-land?

The institutionalized effects of white supremacist capitalism were made harshly visible during Katrina. But folks living along the Mississippi River have been struggling against business interests for dignity and autonomy for decades. Lesser known is the struggle of those living in “Cancer Alley,” a 100-mile stretch along the Mississippi River from Baton Rouge to New Orleans that has the highest concentration of petrochemical plants in the Western Hemisphere. Those working in the industry refer to it proudly as the Petrochemical Corridor, in a linguistic move that subordinates the land and its residents to the project of amassing ever more astronomical profits. As of 2005, there were 156 industrial facilities that collectively emitted 129 million pounds of toxic waste annually. More recently, while levels of hazardous output decreased to 87 million pounds per year, the emissions that hang over Cancer Alley still compose 63 percent of the state’s overall toxic output. This figure doesn’t account for so-called fugitive emissions, which are unintended or accidental leaks of hazardous gases into the surrounding area.

Cancer Alley’s origins can be traced back to the 1970s, when the number of petrochemical plants, oil refineries, and factories nestled alongside the Mississippi sharply increased. As a natural byway to the Gulf of Mexico, the Mississippi River was a prime location for the oil and gas industry. Not only is the Gulf a notoriously rich repository of natural gas and petroleum, the river itself is territorialized for the transportation of extracted resources and toxic waste. Their ubiquity was painfully apparent to the residents, who were exposed to an acrid stink, in addition to experiencing a wide-range of physical symptoms, including burning eyes, asthma, skin problems, and higher rates of cancer.

For many residents, who subside on or below the poverty line, moving is a financial impossibility. Although corporations have bought out some properties, the sum they offer often isn’t enough to support relocation. On the other hand, the presence of the factories has caused property values to plummet, causing the local housing market to be all but nonexistent. Beyond financial constraints is an identification with the area that stretches back generations, before the abolition of slavery. In many ways, the petrochemical plant has replaced the plantation. Robert Bullard refers to these conditions as “energy apartheid,” with poor people and people of color overwhelmingly bearing the brunt of toxic exposure by living, working, or going to school near sites of ‘dirty’ energy. The starkly differentiated contours of vulnerability are reinforced by both mainstream scientific studies and the lived knowledges of those in the area. Study after study – from the University of Minnesota, Yale University, and others, as well as countless independent studies of popular epidemiology performed by independent scientists in collaboration with community members (Dr. Florence Robinson’s collaboration with Cancer Alley townsfolk comes to mind) – demonstrate that race and poverty are critical variables in determining levels of toxic exposure across populations.

While Hurricane Katrina’s destruction exploded over a period of days, the pace of violence in Cancer Alley is slower, more entangled in everyday reality. In *Slow Violence and the Environmentalism of the Poor, *writer Rob Nixon refers to this as slow violence, “a violence that is neither spectacular nor instantaneous, but rather incremental and accretive, its calamitous repercussions playing out across a range of temporal scales.” In this sense, the swamp itself becomes a cover, a place to export toxic waste materials that will outlive us all.

What follows is an abbreviated list of petrochemical-related ecological catastrophes in Cancer Alley, all found publicly on Wikipedia’s page List of Pipeline Accidents in the United States (1975–1999):

1973: A white cloud of gas precipitated a large pipeline explosion in Diamond, Louisiana. It killed an elderly Black woman, Helen Washington, who was napping in her home, as well as Leroy Jones, a sixteen-year old boy who was mowing her lawn.

1988: At a Shell Oil Refinery in Norco, Louisiana, a blast in the catalytic cracking unit (where crude oil is converted into gasoline) caused a shockwave felt across a 30-mile radius. Seven Shell workers were killed.

1996: A Marathon Petroleum pipeline ruptured near Gramercy, Louisiana, causing gasoline to enter the Blind River. Widespread ecological damage was caused to the surrounding flora and fauna as a result.

1997: Over an unknown period of year, more than 420,000 gallons of gasoline spilled from leaks in the Colonial Pipeline in St. Helena Parish, Louisiana. The leak was discovered by Colonial in 1997. More than 60 acres of groundwater had been contaminated before the discovery.

2016: According to the environmental and racial justice group Bucket Brigade, there were 144 pipeline accidents across the state of Louisiana over the year.

The intersecting architectures of white supremacy and environmental degradation demand forms of resistance that connect land exploitation and hazardous exposure to the long history of slavery, segregation, Jim Crow, and present-day disenfranchisement. If we are to understand environmental racism (a term coined by former director of the NAACP Benjamin Chavis in 1981) as a hierarchy of values, by which some lives are demarcated as disposable, then we must work to end every dimension of society that reinforces such distinctions. And this struggle is global: as the effects of human-driven climate change intensify, it is poorer nations that will bear the brunt the most harshly. Consider, for example, the effects of global warming on agricultural production. Rich countries are far more able to withstand the impact of drought, flooding, and crop failure, due to industrialization and the use of GMO technologies. But in countries that depend on subsistence farming, many of which are located in the Global South, crop-yield declines. I’m reminded of the words of economist Lant Pritchett, signed by Lawrence Summers, written in a leaked 1991 memo: “I think the economic logic behind dumping a load of toxic waste in the lowest wage country is impeccable and we should face up to that.” When he wrote the memo, Summers was Chief Economist of the World Bank.

In resisting ecological exploitation for profit, we open ourselves up to an encounter with the landscape on its own terms. But this isn’t a call to return to the land – the land doesn’t need returning to. Instead, we would do well to meet the people that already live there, so that we might know the swamp by a rubric other than its potential return on investment. 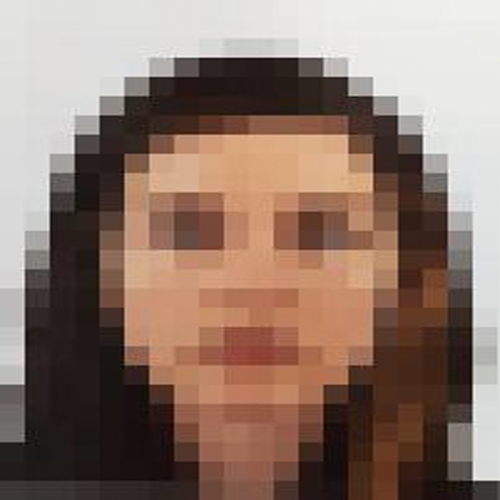 Aria Alamalhodaei is a Florida-born writer currently living on the south coast of England. She spends a lot of time thinking about speculative fiction, toxic ecologies, and psychoanalysis.