School kills What I learned as a truant student agitator about the limits of radical education.

Nothing to Booze Ruby Brunton looks at some lessons she’s learned as a social drinker with painful memories. 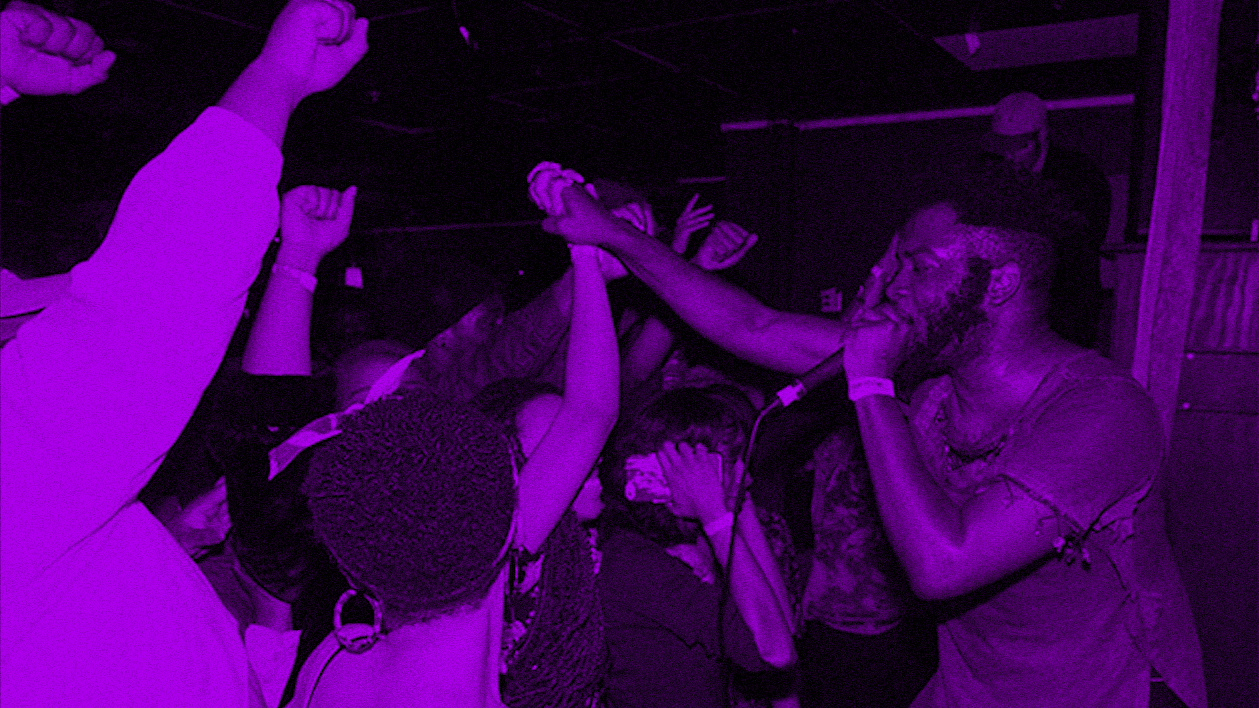 In late March of 2015, we interviewed Baltimore’s Abdu Ali about politics in music, Baltimore Club, Afrofuturism, and surviving as an underground performer. Not long after we published that interview, Baltimore was in flames. The murder of Freddie Gray, and the protests and riots that followed, rolled across the country and the world. Today, on the anniversary of that unrest and in a world that seems no less violent or unstable than it was then, it feels more than just circumstantial that we’re listening to MONGO, Abdu Ali’s new aggressive and emotional 9-track mixtape.

The mix opens with “Take Me To Da Wata”, a reinterpretation of a sorrowful baptismal hymn famously covered by Nina Simone. From there the songs pound. “I’m Alive” reverberates with a kind of eerie road-trip summer anthem vibe, twisting and winding through its hook while Abdu Ali introduces his lyrical texture: a grimey, vibey, spitty standoff with the mic. The thought occurs, after the first two tracks really settle in and the third begins, that this music is uncategorizable. But that thought passes quickly. MONGO, and Abdu Ali’s music in general, is a project of radically present imagination. Imagining, for example, the spirit of the early 90s digital hardcore movement – bands like Atari Teenage Riot – as slam poetry (in “Anti-Chip”) ... but also what Sun Ra’s Lanquidity might sound like mixed up on a CD DJ at the party (in “Boy Bye”), what Nina might have said to a sweaty basement full of kids at a grime cipher (in “Tears Of A Black Mova”).

Throughout the mix, Abdu Ali’s lyrics approach the emotional experience of black life in a militarized police society stratified by the horror of “post-racial” racism and “post-queer-eye” token tolerance of queerness. His lyrics are transcendent, interior, cynical. “I am mad as shit,” he sings. “I got rage of a black mother,” he sings. “I'm alive – don't be surprised.” In a manifesto released with the mix, Ali says: “the revolution is not just communal, it can also be an individual protest through thy work, sweat, or screams.”

I think MONGO can be appreciated as a document of the turbid confusion of life, especially black life, in these violent times. But more than that, I think Abdu Ali (and the talented team of collaborating producers) has demonstrated just how sharply and clearly we can render (or conjure) our boundaries, frustrations, desires, and ferocity in the face of structural racism and the disorientation that such violence causes.

You can hear Abdu Ali’s music on Soundcloud, and follow coverage on Facebook and Twitter. You can also read our feature-length interview with him from last year.