What Does ‘Thrift’ Even Mean?

Let It Rot A recipe for scallion kimchi that can melt your face off, if you want it. 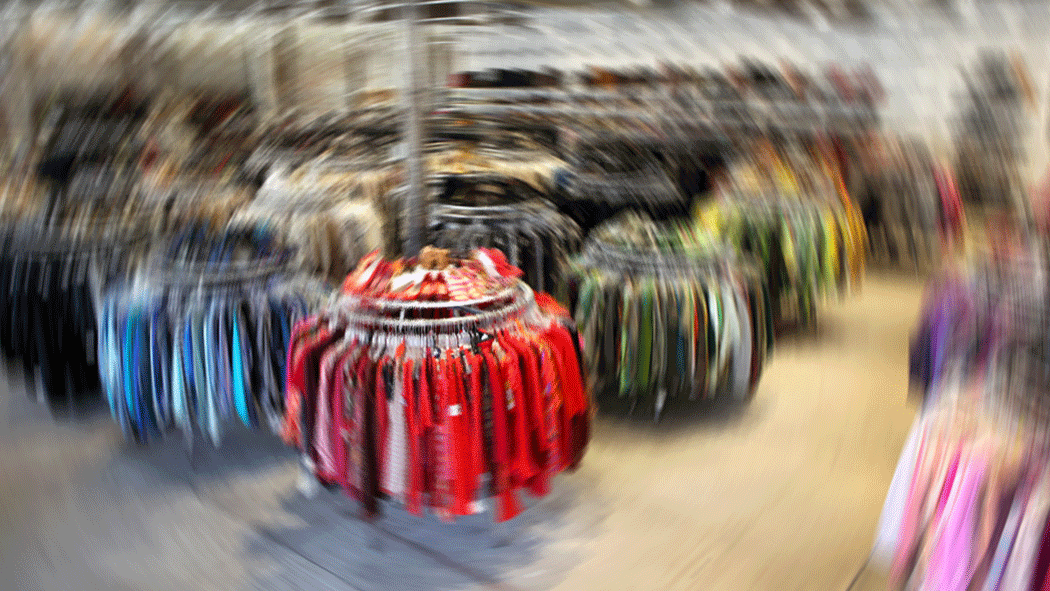 These days, vintage designers and cheap dresses from the 90s are rubbing shoulders.

What Does ‘Thrift’ Even Mean?

“I like my money where I can see it: hanging in my closet.” — Carrie Bradshaw

In an early episode of Sex and the City, Carrie heads to the Village (aka the vintage shopping district of Manhattan’s elite) in search of a seven dollar vintage dress to match her five hundred dollar shoes. A chorus of sartorially-savvy New York voices echoes “where though?” Carrie’s seven dollar vintage dress store must be located in the same part of Manhattan where newspaper columnists amass Manolos and one bedroom apartments cost the same to rent as a shoe closet in Bushwick. That being said, there are still amazing gems to be found if you search hard enough through New York’s endless piles of old, discarded clothing. With this in mind, hundreds of shopaholics, collectors, and costume designers alike descended on the twice-yearly Manhattan vintage fair at Metropolitan Pavilion last weekend.

The ubiquity and persistence of vintage fashion is undeniable and the ever-increasing number of online stores dedicated to reselling decades-old clothing is proof of this. At some point during the 1990s, wearing clothes from decades past moved from the realm of hippie to the realm of hip ... and so did the prices. Wearing secondhand clothing is no longer solely the realm of the poor and we can “thank” Carrie Bradshaw and Chloë Sevigny for the outlandish price of Levis nowadays. ($300 for a pair seems to be the going rate for ripped 501s in Soho.) Lisa Marie Smith of Orlando Vintage in Florida feels the pricing of vintage clothing is justified, “Vintage excites people because of the variety, the quality, it contains history and you can have a one of a kind item no one else has,” she told me. It feels safe to say that if a piece has been around since 1970s and is still in great condition you can expect many more years out of it. 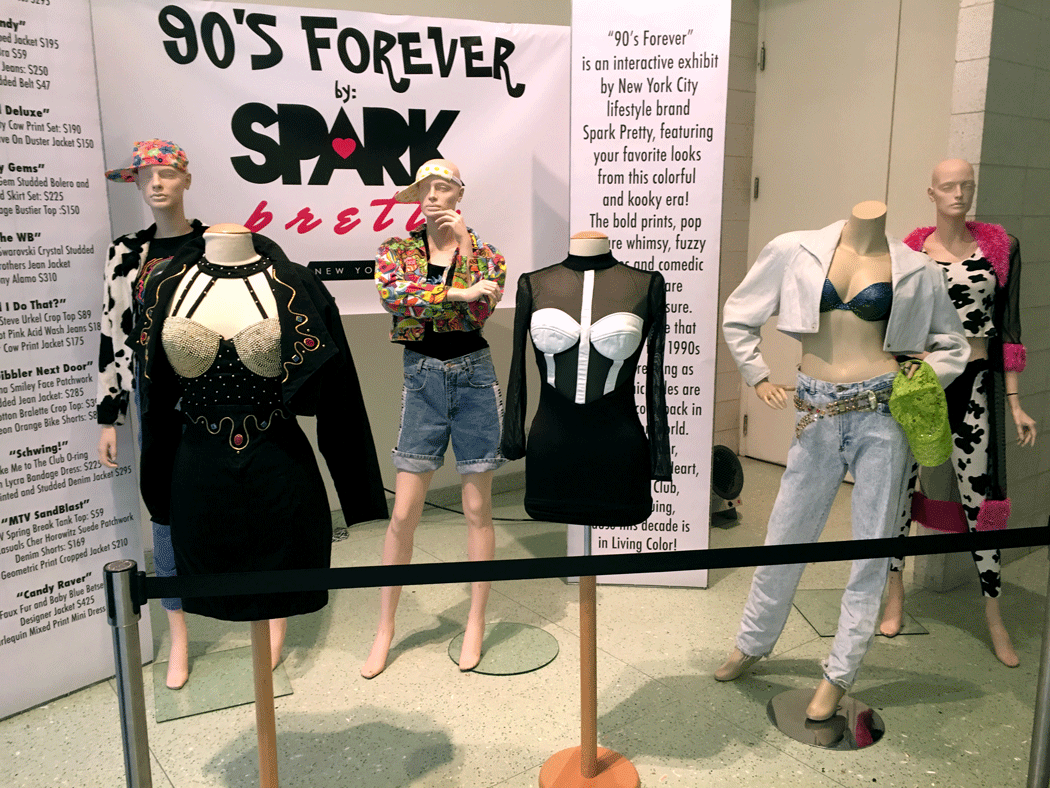 Indeed a vintage piece tells a story, or multiple stories, not only about where it’s from but where it’s been. I think about how amazing it is to hold something in my hands that may have passed through hundreds of others as the proprietor of the andARCHIVE vintage showroom pries open a locket from the early twentieth  century for me to see the inside. “The hair on this side is from 1910,” he said, revealing a tiny blonde lock of a straw-like consistency nestled behind cloudy glass, “whereas the photograph is from the 1960s,” pointing to a picture of a Mad Men-era military man. andARCHIVE specializes in 1980s Japanese designs from Comme des Garçons, Issey Miyake and Yohji Yamamoto alongside antique brass necklaces and ornate rings that were possibly worn to Woodstock. Their showroom is accessible by private appointment, unless you’re savvy enough to follow them from fair to fair.

The vintage clothing world is a realm where anything is possible, high-waisted pants are in abundance, cocktail dresses aren’t just for parties, it’s never too early for pearls, and it’s never a scandal to be seen in fur. Seeing me running my hands over the gorgeous soft coats being displayed by Gem de la Gem from New Jersey, the shop assistant winks at me, “This is not your mother’s fur.” My look was supposed to convey that my mother would indeed have thrown a sexy shaggy fox over her sequined ball gown, but I must’ve looked more concerned than incredulous for she quickly assured me, “No one’s going to throw paint at you. They’re not allowed to do that anymore.” I was taken aback, I didn’t know PETA had been banned from such “actions” and told her so. “Oh, I didn’t mean they’d been officially banned, I mean you can’t just go around imposing your will on other people. You can’t deface people’s clothing just because you hold different beliefs, especially not when it looks this good.” She said, gesturing towards a silky sable that resembled the stuff of dreams, but looked surprisingly modern. “It’s from 2009.” She explained, “Designers have gotten over their fear of fur now and so should we.”

What counts as vintage these days is certainly flexible, at least where the Manhattan Vintage Fair is concerned. A Missoni dress from the 1990s retailing at $475 hung next to a fairly recent looking Alexander McQueen selling for $1200. Between them was a dress from ASOS priced at $175, probably $100 more than what it retailed for originally. Those who live solely in the realm of vintage are susceptible to such scams, especially when a store has its styling process down pat. Curation of a vintage collection is key, especially when you’re asking people to fork over half a month’s salary for an item they’ll need to have altered and dry cleaned at least twice before they can wear it.

Collin James and Brandon Veloria, the founders of James Veloria, know this. Moving in together revealed just how large their combined wardrobes were, so they decided to start selling it off and so their by-appointment living room boutique was born. “Each piece tells a story, we research everything before we put it up for sale,” James explains. Their careful curation has led to a drool-worthy collection that houses Moschino, Gaultier, and Fendi next to unnamed but interesting vintage garments. With labels long gone, vintage encourages experimentations in gender fluidity, one rack containing garments for every body. “No one shops in sections any more,” mused Veloria. This is a dangerous collection you could be inspired to drop six months’ rent on, unless you wanted instead to invest it in the 2011 Margiela cardboard wings coat from Templo in L.A., which can also double as a studio apartment. 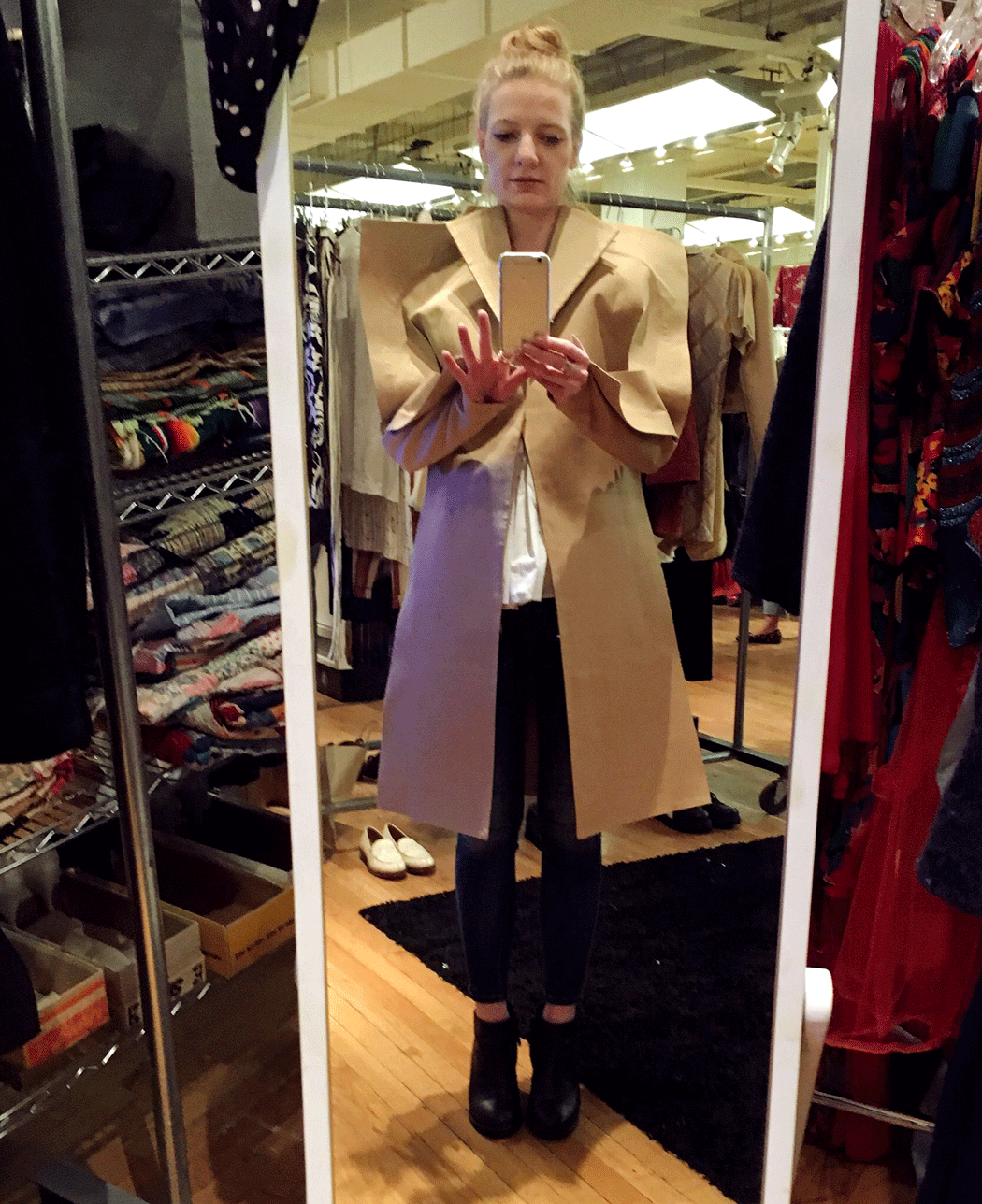 It’s a bitter pill to swallow that the days of filling a bag at your local charity shop for $5 are (almost) gone, but the spoonful of sugar to help it down is that vintage sellers are getting better and better at the game. The borders between new and used clothing are breaking down, more and more high end boutiques are slipping 90s silk slips in between their architectural Belgian designs. Chloë Sevigny is about to auction off her personal collection to blood-thirsty Opening Ceremony interns who might just take each others’ arms off in the race to get their hands on her signature pastels and plaids. Vintage is here to stay, and if you’re smart about it (and know a few insider tricks or Joanne la Prada-size scams) you can build up your own enviable collection of previously-worn gowns dripping in “history” with a faint hint of yesterday’s lavender perfume.