Christina Chalmers, from Journal of the Revolutionary Year

Commotion, a website connecting users with means of assisting refugees, reveals how technology both helps and hurts “caravanerxs.” 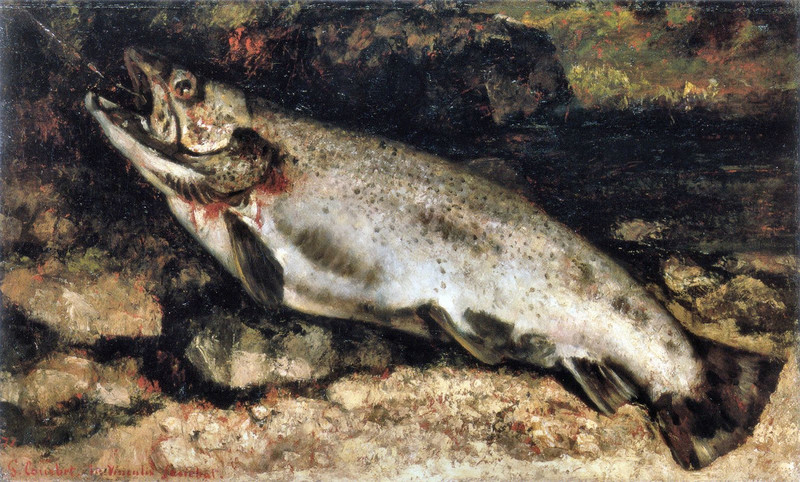 How does translation affect your writing practice?

When I translate, which is about attending carefully to another person’s words, I start to think of my own process of writing poetry from the outside, as more like a translation itself, part based on obvious and necessary connections to do with literal meanings, part random and contingent connections to do with the feel of words. In both cases I’m straining to get the structure of a phrase to make sense in a new way, like in my poetry when I translate scraps of sentences, fragments, idioms, in english or between languages, together into a new syntax, trying to stretch the possibilities of english.


Best advice for how to write a love poem?

I’ve only ever managed to write poems of unrequited love. I’m reading Asma Abbas’ “Another Love: A Politics of the Unrequited”, and starting to think that poems of unrequited love can perhaps do some work to upset dominant discourses of affection, relating to a different horizon of politics. A poem about a requited love can seem too filled with its own plenitude. So make sure the other doesn’t love you back? is my prime love poem advice. Or take the saccharine aspects of your sentiments to extremes.


Best possible collective use of cars in a revolutionary situation in NYC?

Block the exits. Does this question set out its own answer?


What’s wrong with the British?

I think its dominant culture is based in Restoration, protestant work ethic, and colonial apologetics, all types of pathological or reactionary denial. So much british language is mercantile language, which only maybe is possible to turn inside out.

The best book I’ve read recently was Callie Gardner’s “Naturally it is not”, a beautifully weird series of four letters, one for each season, which think about languages of nature. What I’ve read by Momtaza Mehri is brilliant. Otherwise what’s coming out of Boiler House Press is great (such as Francesca Lisette & Nat Raha’s recent books).

Guido Cavalcanti: “Though still I stay Grief's prisoner, unloosed, / And Fear hath lien upon the heart of me” - more here on the radical potential of the unrequited...

Ezra Pound is seen as this indispensable epic genius, whose fascism can be overlooked: but if we can call anyone overrated (though maybe this really means underrated?) it’s a poet who is very intensely rated by Italian fascism and by a contemporary network of Italian fascist social centres, named after him: Casa Pound. I don’t believe in simply dispensing with him but I’d only really want to read him to know how not to be like him, like Heidegger.


Why do you write poems?

They’re a way to see concrete links, or knot together, to present and reflect on the presentation of thoughts or strings of thoughts, that otherwise I wouldn’t know how to work through. It gives me an intuitive way to make connections, like a consciously-induced dream, which I think can be revelatory: and my aspiration is that my poetry will be able to make tangible collective forms of imagining, or awakening, over and above my individual “dreams”.

I don’t know, but I do like revisionist (even wackily, speculatively revisionist) historical accounts of ancient civilisations which talk about the relations these civilisations had with each other, rather than just being these discrete societies. Like Martin Bernal’s book “Black Athena” about Egyptian-Greek relations, or the brazilian activist Abdias do Nascimento who talks about African influences in Toltec society.


Tell us about the poems you wrote.

My new sequence of poems grew up out of an old idea to write a book about counter-revolutionary spaces, about the impending future of bourgeois survivalism (gated communities and worlds), and about the symbols in the French revolutionary calendar: think bunkers, the pastoral, Versailles, counter-revolutionary flight. But then I realised I couldn’t write it, but I wanted to write something contemporary - and even futuristic/sci-fi quite like this - and I also started thinking a lot about what’s happening with increasing species extinction and about ways that ecological destruction will become profitable and even utopian (for the enemy). I built up this futuristic narrative where hunters are trying to breed near-extinct fish, but first have to find them in the wild. This developed into me thinking about “rare” bioluminiscent animals (which Pier Paolo Pasolini talked about in a famous essay on the “death of the fireflies” in 1975), amphibious animals (which relates to a reference in Marx about primitive accumulation), and about insects. The idea of breeding near-extinct species for money, for use, or for capitalistic ends, got me thinking about taxonomy, about bestiaries, about the idea of naming and giving symbolic value or significance to things (animals, or other things in general) as an aspect of killing, or harvesting their death. The poem seeks to think about a poetics of description, and anti-description - of making sense - in relation to this. I hope the sequence will be able to channel a lot of these themes, knotting together the 1871 Paris Commune (and Louise Michel), the ecological future, my own relation to nature and the pastoral, the politics of reproduction as related to the politics of death, the description of species, and the idea of metaphorical language and naming.

from Journal of the Revolutionary Year

only known in its dead form, name, gens,
bioluminescent, qualitative
geometry of the void beneath the sea
no sun to speak of
find it here in the guts
a whole schema of
description:

forewrought . undererred, whose hand removes its murder .
by supple blade the guts stain the tables in the affaiblement of
flesh . food . forbici . fleeting incomprehension of this organ, waste

reddened, marrow reddening to steal its foretaste, but it not
being for food . utilisation, whose ultimate end is : consume this,
leave its carcass behind. said slop, “refuse this”.

open door onto field :
open casket onto the open sea :
the earthquake seizes the compound
(structure of)
the hands shake as much as the weather of earthquakes
wails unhampered desecration :
no tarte aux framboises on the
cruise ship ; spoons sink beneath their
shimmering poor tic,
the light seen from its green copper
end-state
as collecting coupons for
food banks ; rig-workers’
wives await the unreturning new ;
underwater mining
feel the hands in their shake
no kiosque no goatherds
lovers and idylls here will be
plasticated into the ship’s walls
the boats don’t leave
the harbour


and so could call it an ark
but don’t, the womenfolk
being the half-beings in front of
the mirror, to which we bring
our errant friends, errant specimen
loves, bark at it . inspect ourself
by the svelte distinctions of fate.


Water as imperfect metaphor :
can’t make a palace of hidden
nature’s game, where everything
turns into gas . the unthinkable :
the world for a palace of ice
where what wouldn’t melt
is out of mouths, cups,
vehicles or vessels flooded
in the garden – rusted,
splaying the night with
yellow, yellow


. so the sunflowers grow
through their roots .


grey afternoon : suppleness of the outer layer
seems chronophile at this distance . clouded sky
the traced-me-awake , everyone in their reverie
of the dark, go outside my house to find
an architectonic of horsefly routes in the night
which in the dream we dodge and sever, clean
figures of men, or evil wasps, stung party-goers,
or urbanites, bats are predators like other species
of blanquist in the space menagerie . this dream is
a gaoler’s terrible inventory of recently defunct
things:
several names for melancholy
(class hatred, in soft-focus the symbols of dead revolt)
objects, codes flapping their ineffectual limbs (luddites die)
photos curl up at their ends and their faces turn and crawl
back into the inexistent space
words for nations/territories, these themselves
several dead species of love

the ghost-object
parted from the body

won’t leave you
(it is a ghost)

No architectonic
without shame

no flow
without authority

hold my hands out to seep
into the poem

like my sieve in the dream
my fiends moving seaward


In the night farm
tractors, hooves
nothing like gills

the lower level of my teeth fall out
I put a strap around my face to hold their fleshly
tape . harmonies swilled, muttered to my others
the nausea fantasia of the fear in my somnambulant
mouth. my humours have been modernised .
sweet rosewater
ashen rainfall after cigarette
vinegar
saltwater
astringent
swamp
nausea’s signalling bilious obsolescence, in which I’d become
my own petrification , save myself for tomorrow,
preserved in the mud like the neolithic
gold mine accoutrements , prettify this odorous
magnetisation, in the food watered thin .
holding backwater against monochrome
urbanite foreground, salve on this wound
salvo to the futuristic . waking . dreamer
whose meat-hungry molars whose bodies
denuded of prey uselessly
tremble in the morning


in the ruins of so much love
the eyes of so much was and still
specifying by the laboratory’s
LED shadow bright white petri-
light, new names for sullenness
subordination : writ on paper
the silken / unruly taxonomies
threaten ruling in their names
underwrit : where is happiness?
where are single beings in this
protectorate?

sports have a relation to war
in the museum of anthropology
sublimation of stork,
fight to the death

am damned for a kestrel hologram

Am turned by different necks
wood curls up at your feet
as though claiming a metaphor for youth.
Boiling milk. Skins charm like a
lake of pure gold turned to tacky
leaf – didn’t know she would
be the one holding the pan’s handle.
In a chalet but never to step a
foot down on a varnished piece of
lace. the fascists exit the land.
All things lay fallow in themselves
like the shy mooded once was.
Metempsychosis. Frustrate sensate
matter, turn on her nerve, her neck
glides into 180* position to see
her mother turn to a chamber maid
making lace & scruples for the master.

Christina Chalmers is a poet, film-makar, & translator from Edinburgh, Scotland, currently residing in Queens, New York. She is working on a thesis about Italian Marxist & feminist philosophies of history, a poetry book called Subterflect, and a film called Exit Strategies. Past works were the chapbooks Willingness (2016, Materials), Work Songs (2013, Shit Valley), and the short film Notes on Capture (2018). Currently she's thinking about the legal history of birds & labour, dialectical ludditism, and queer alternatives to childhood. 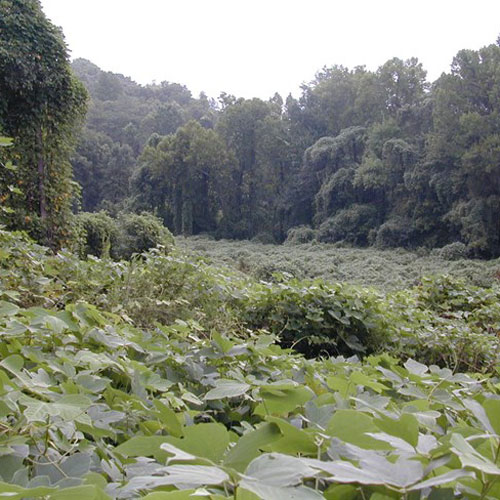