Ergonomics of Emotional Labor tips to help you care for your body as you support those around you.

This week in ACAB: In the USA, cops killed a total of 1,134 people in 2015 including 50-year-old Siolosega Velega-Nuufolau. In Brazil, cops robbed and tortured a group of youth on Christmas night. In Zambia, civilians clash with cops in the streets. 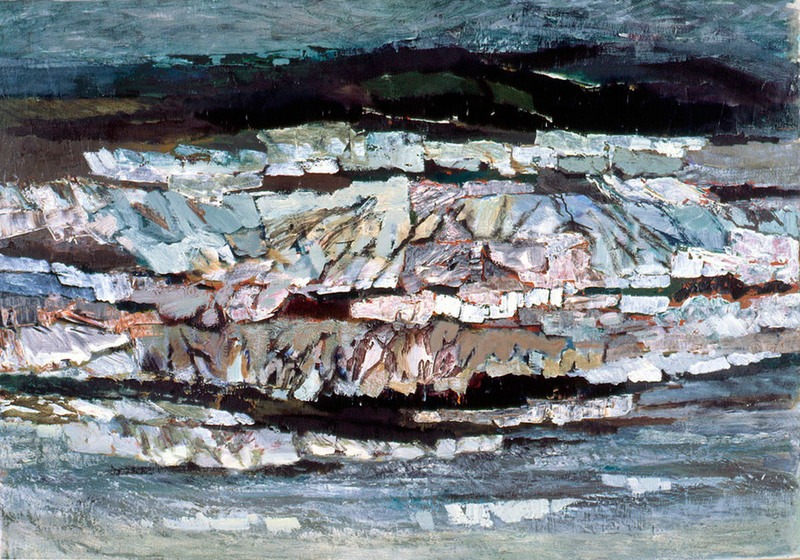 I’ve been journaling on and off since I was a teenager. I’ve kept journals as frivolously as I’ve stored them; most of what I’ve written is empty-headed and petty, and I have no idea where most of those notebooks are today. A couple of them sat on a shelf in my childhood bedroom (turned family-guestroom; who knows how many of my siblings or visiting relatives read them over the years) until I finally started packing it all up last summer.

I also never go back to re-read what I’ve written, not even the one I’m writing in at the moment. I guess my past self embarrasses me; not going back means not having to be bored by my own inanity. But mostly I think I avoid revisiting these notebooks because I am afraid I’ll realize that not much has changed over the years.

This doesn’t mean I don’t think or talk about the past. The character I perform in front of other people is largely made up of this series of anecdotes from my childhood and teens. Every new relationship I’ve formed as an adult at some point reaches that point of intimacy when we either shared secret stories from our past, or not, and then stop getting closer. Friends I spend more time with get to know these stories and sometimes repeat them for me.

The stories I’ve told myself about my life know how to lie in a way my journal doesn’t. While my journal is repetitive, self-deprecating, and sad, my stories conjure up a hell-raiser that won’t be crossed. They are picked and chosen carefully, all the boring parts left out, slightly rewritten with every repetition, always with the purpose to support a favorable current version of myself.

Lately, I’ve become a bit nauseated by this (my, our) obsession with the past. It feels like an aestheticization of ourselves that makes up for a meaningless life, for being trapped wanting things to be different and not being able to do anything about it. Living as if we’re characters in some deep, dark, always-available streaming TV show to be binge-watched, where every little detail reveals our depth and complexity, makes the world smaller and gives us a purpose where there is none.

But my journal entries tell the truth: I’ve stagnated and I don’t know how to stop repeating myself, stop beating myself up about things that don’t really matter.

Being stuck in these thought loops is maybe “not OK” from a mental health standpoint, but it certainly isn’t strange. Just look at all of the “8 things that will happen in 2016” news stories – it’s all the same stuff from last year, turned up a notch or two closer to total shitshow. The climate is going to hell – the climate summit is almost an ironic proof of just how too late it truly is. Cops, murderers though they often are, are being replaced by even less compromising robots. The prison population might be declining for the first time in three decades, but there are still an outrageous number of prisoners and an even more staggering number of people living under constant surveillance and threat of imprisonment while on parole or probation. More and more people are poor in America while safety nets are disappearing. The refugee crisis is worsening and Europe is returning to fascism. The War on Terror is normalizing by the day. The NASA, ESA, and Russian space programs are all continuing their quest to populate Mars. (In order to leave the rest of us behind?) We will only see more of Donald Trump in the coming months. We’re so accustomed to crisis by now that we expect it. Nothing induces sleep like headlines about faraway islands being submerged by rising sea levels.

Honestly, being paralyzed by hopelessness and depression feels like a pretty sane way to be, and when the general atmosphere is so shitty, it’s not strange that we are equally demoralized about ourselves. But sometimes it’s like, what is this, the middle ages? You know, when Christians explained disasters like the plague or widespread starvation by conjuring up an ever-harsher and more punitive God. A merciless God called for merciless, ascetic living, and with time, all private questions and problems had to be answered by self-discipline and hard work. Then came capitalism. Sounds familiar, no? Only now, we’re shifting from capitalism (where the meaning of life is to build wealth and try to live forever) to some kind of attention economy (where the meaning of life is to be noticed for whichever clever and poetic disassociations you employ merely to survive).

We’re looking for meaning and answers in all the wrong places.

A few weeks ago, I stayed up all night after an evening out, talking to Tyler. I told him that I was worried that my body was falling apart, because I was aching all the time and I was losing so much hair. Skeptical of my hypochondria as he tends to be, he told me: you’re at the frontier of human knowledge and experience; just by virtue of being born when you were, you know more about the world than the people who defined modern medicine and whatever systems of knowledge run the world. I saw before me all of my little mannerisms as programmed routines shaped by generations of indoctrination. Obsessing about eating healthy, exercising, and brushing my teeth twice a day takes up more mental space than so many of the things I really care about, and for what reason really? To live until I’m a hundred years old?

Feeling stagnant and stuck is the result of letting these thought programs do the thinking for you. It can be hard to find an anchor outside of these paradigms; how to live and what to live for beyond poetry and self-help. I like to think about how so many ideas which run the world – from Facebook to Western medicine – were developed by a bunch of cavalier 25 year olds. There’s no answer, and it’s harder to figure out how to live if you have a criminal record, precarious immigration status, or no money. But there’s no fucking justice, and no one will give you a handicap, or leg up, no matter how far you’re falling behind. The best we can do is to make hypotheses, fail quickly, and change whenever or wherever we need to.

This is The Not Again Issue, in which we dig up our winter gloves, scuffle through the snow, and silently scream at our wrinkles in the mirror. This month, we’re looking at repetition, self-improvement, and exhaustion. We’ll also take a look at unrivaled comebacks, and share lots of great new music, art, and internet weirdness to help you overcome that New Year fatigue. Reach out with your feelings.