This Week in #ACAB The number of people killed by police in 2015 hit 500 this week, but it wasn’t their record of murder that put cops in the news recently.

Poet Joshua Jen Espinoza opens up about her first social media account and why sad girl Twitter is still a thing. 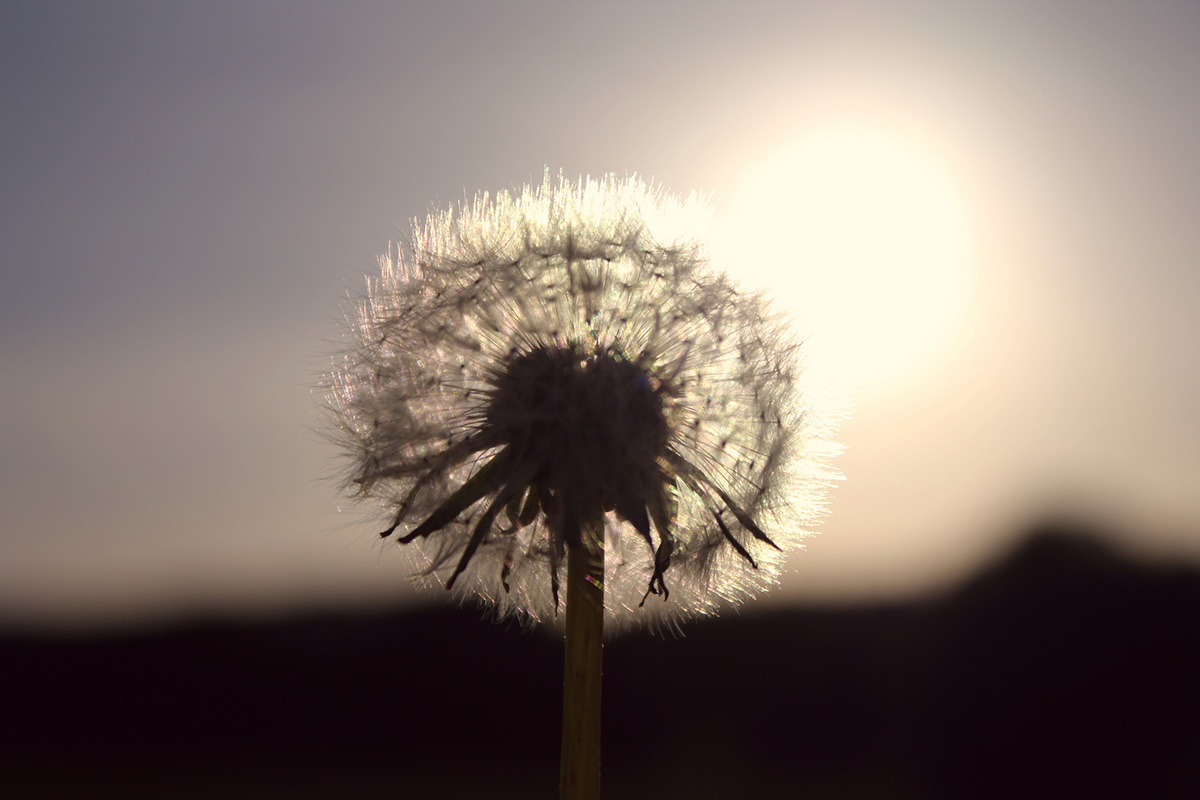 Children of migrants share stories of their family and growing up in multiple worlds.

What pushes people to leave behind everything they know, sometimes severing ties with their homelands in hopes of a happy future for themselves and their children? Becoming aliens in a new place, they might be seeking economic opportunity, trying to send money back home, chasing dreams, escaping violence and legacies of colonialism, getting the hell away from family. The list goes on. But what becomes of the kids – navigating multiple worlds and demands to assimilate while keeping family heritage alive? Traveling through language, space, and time, the second generation are migrants in their own right.

We asked several children of migrants to share stories of (un)belonging, (anti)assimilation, (mis)translation, and diasporic feelings. Let’s see what they had to say.

For my parents, for anyone in exile from their homeland, time freezes your notion of home exactly as it was when you left. Like an idea of place that’s ensconced in amber, time becomes the container for memory. And memory is where the homeland can be located when one is in exile. In the West, my parents found themselves in a curious space of unbelonging. Somalia will never be as it was for them again, and something about the way memory functions in exile is peculiar on that count. Their Somalia doesn’t exist: the country, the people, even the language moves on without the diaspora. Imagine. Even the way my parents speak in Somali is particular to the idiom of the seventies and early eighties. It’s an odd, alienating thing understood only by others in exile or similar states of psychic unbelonging.

For myself, the notion of home has always been a confusing one. I inherited my parents’ notions of home, of a place that is foreign to me but animates my being and sense of self. Something to better explain away the feeling of being alien. But home is neither here nor there for me. Home is some convoluted mix of both and neither.

I recently saw my old friend, Roberto, who joined the Air Force two years ago and is now back in New York trying to reintegrate himself into the grind of life in New York City. I think a lot about his decision to join the military; I advised him against it way back when he was living with my family of five in our tiny one-bedroom apartment in Queens. Of course, we all wanted him to get his shit together but definitely not through the military. Grinding, hustling was seen as more morally acceptable path. Funny, all those weird assimilationist narratives about immigrants joining the military and becoming humble hyphenated Americans never applied to the lived experiences that I saw.

Sitting face-to-face with Roberto for the first time since he had joined the military, we spoke about our mothers. Roberto’s mother and mine became like sisters (I call Roberto my cousin) and each other’s survival network in the 80s when they rode the socially chaotic wave of the Medellín Cartel into the heart of Jackson Heights, Queens – then, the veritable Colombian emigrant mecca (it still is, in many ways). Fortunate, perhaps, she and my mother were undocumented women living in this anonymous city, with no option for returning home (particularly after 9/11). Roberto’s mother, who is basically my tía, was more proactive about petitioning the State for citizenship. She did so successfully long after she had lost her ability to function independently due to a long and drawn out battle with Alzheimer’s. Roberto spoke about how he wished she were here, but that she wasted half her life and died trying to gain legitimacy from the State. When I told him my mother had been meeting with an attorney to gear up for that very same fight, he told me it was a waste – “no vale la pena, parce.” I was intrigued by his remark and pushed him further. “Watchu mean?”

“Yo, honestly, I loved being in the Air Force, but fuck the system. That shit is all fucked up. Don’t let your mom die trying to get a stupid piece of paper, look what good it did mine.”

This year marks the 30th anniversary of my father’s arrival to New York from Buenos Aires. He is an artist and a general contractor. He mostly works in Spanish. He only listens to Argentinean radio, only watches Argentinean TV. He gets all his news by reading La Nación online. He drinks maté all day (out of a gourd, not tea bags). Every Saturday night, he grills Argentinean style, even in the winter. He only grills meat he buys in Queens at an Argentinean butcher. Every Sunday, he watches his team, Boca Juniors, play soccer.

Despite all this, he hates returning to Argentina. It saddens him to see how much it changed, how falling from grace seems to be its national pastime. He is happy to perform these Argentinean habits in New York, which to some makes them seem affected, but to me they are indicative of a lifestyle that is not unlike his English: heavily accented and completely unembarrassed.

In this regard, his pride is commendable. When I consider his polenta-filled childhood, it’s impressive to see how he created a lifestyle that surpasses nationalism and is predicated solely on his taste. His reason for staying here is the same as why he came three decades ago: culture. The first time he went to MoMA, he tried to get as close as he could to a certain Picasso because he wanted to smell the paint that, up until that moment, he’d only seen in reproduced in books. He really is a testament to the greatness of New York, nowhere else could he have molded his life in this amalgamated manner. It’s beautiful to watch him blast tango from his truck on his way to see a Gentileschi at the Met.

I don’t know what hit first: realizing that my Pakistani family was different, or registering that my body was racialized. I saw myself as white for a very long time – Asian American felt so clinical and inaccurate, and anything “Pakistani,” like my last name, felt like a liability. I preferred to try to pass. But even when I was as young as six I noticed that I was treated differently. My friends would tell me that my hair looked crazy and that my house smelled spicy. I felt distinctly un-cute, and sometimes detected quiet disdain from white moms. I often felt like a stain on the perfect photo-op of white friend groups the moms were trying to establish for their children. I still have some trouble trusting certain types of suburban white moms, because they made me feel so invisible. I remember how much of a relief it was when my white mom picked me up from daycare. She’s tall, blonde, and beautiful, and I knew that that was powerful.

The beauty stuff runs so deep. I’ve often wondered: would it have been easier for me growing up if I had been surrounded by my people, more immersed with my Pakistani family? And I have to remind myself not to exoticize my family; my very distance from my Pakistani-ness has everything to do with my Pakistani family’s conscious desire to assimilate. Though my grandmother was disappointed that my father married a white woman, she was so pleased with my relatively light skin that I became her obvious favorite; I was in rewarded for exactly the same traits that made me undesirable in my white suburb. I felt too ugly to be photographed at home, but in Pakistan, my grandmother didn’t hesitate to show off the photo of me in her wallet.

I’m fourteen years old, flinging a teapot onto the linoleum of our apartment because my father won’t let me hang out with the neighbor girl, Lizzy. When I ask him why, he turns up the volume on his basketball game and says what I understand to be “She’s Elizabeth.” I’d obliged his censorship of my black nail polish, mesh tanks, and blue hair, but this seemed unfair.

The only language my father knew fluently was a provincial dialect of Nepali known only to the horse people of a remote part of the Himalayas. When he immigrated in 1988 he swore it off. In his dreams he spoke perfect English, wore blue jeans, and owned a restaurant. In reality, white folk tittered behind his back for confusing “I am very interested in you” with “I am very interesting to you.”

Suddenly I’m twenty-five, sitting on the carpet of our old apartment, eating rice with my sister and listening to my stepmom chuckle at the way he pronounces Machapuchare. He tells my stepmom his Nepali is rusty and hangs his head over his dinner. I want to tell him that there’s nothing special about English, that at a certain point it’s all splitting hairs and misplaced commas. Instead, I ask him what he had against the girl who lived down the street eleven years ago. “What you mean?” he says tersely, “She’s Elizabeth!” He retires to the sofa to watch the game alone.

I turn the phrase over in my head. She’s Elizabeth. Sheezaleezabeet. Shisa-Lisa-Beat. She’s at least upbeat? I scratch my head. Was I missing something? Could it have been some stoic parental tautology, that I couldn’t hang out with Lizzy because she was Lizzy?

Doing the dishes, I ask my sister “what do you think he means, ‘She’s Elizabeth,’ anyway?” She stops scrubbing the spatula in her hand and looks at the ceiling for a moment. Her eyes meet mine and without ceremony she tells me “she’s a lesbian.”

I didn’t have an American name. I don’t mean it in the sense of having a name most Americans could pronounce. I mean having a name for school, in addition to my Nigerian name, like how someone called Kehinde would go by Kenny. Instead I was and am still split between those who pronounce my name with a proper Nigerian accent and those who don’t. I never really bothered to teach it to anyone correctly.

I was raised to be just enough of everything. Christian, Nigerian, and American. Pick and choose as long as you remain the first two things and excel at the last one.

Then, I had the twenty-something-black-girl-realizes-what-assimilation-means-under-neocolonialism experience and began to look back to the roots I had previously discarded. Very cliché.

So far I have found being the eldest daughter of devout Nigerian immigrants to be one of the funniest/most interesting/sublime things I do. Navigating the world, a state, that could not give a single shit if you – a black girl – die. All the while being given the pressure to be exemplary.

The only reason I’m still here is because I have siblings and friends. For this I feel lucky, because I always feel lucky to have anything in the richest country in the world.