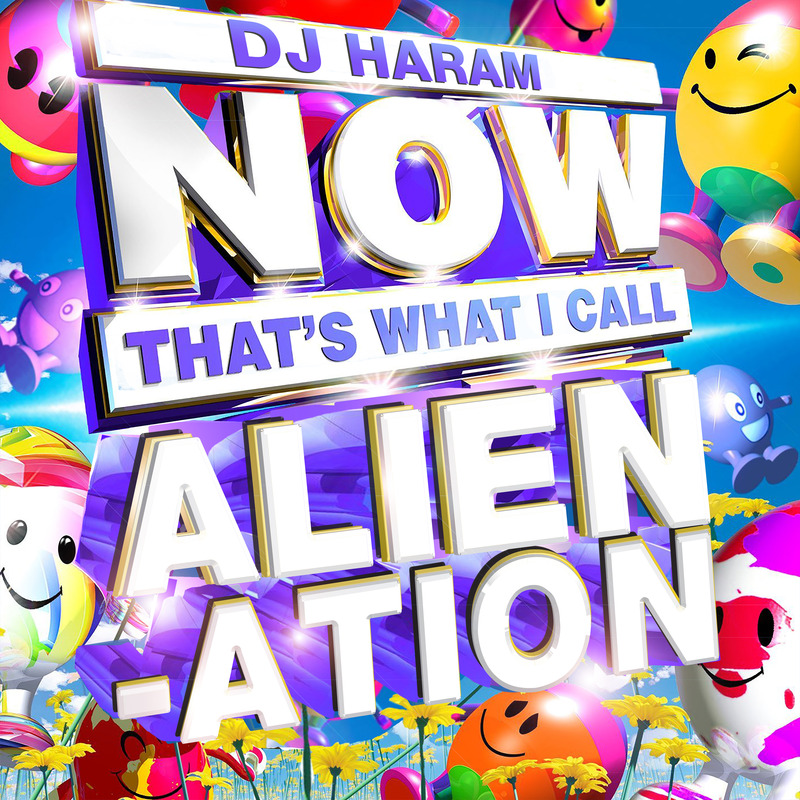 Your soul is steeped in contradictions and Philly’s DJ Haram has the soundtrack to go with it.

Most of what Philadelphia-based, New Jersey-bred DJ and producer Haram puts out is Jersey Club music. Today, she’s bringing us a new and exclusive mix made up of the raw and unsettling sounds from across the diaspora. She mixes tracks from producers hailing from Cairo, Istanbul, Amsterdam, and Brooklyn.

If there’s one person fit to make an alien-themed mix-tape, it’s DJ Haram. Like her mix “Identity Crisis” from earlier this year, “Now Thats What I Call Alien(ation)” speaks to contemporary feelings of both unbelonging, and a strange comfort with the weird, vast, disparate network that is the internet. I imagine the diasporic alien as the first hacker of the Matrix, broadcasting this mix as a sonic intervention, a message: “fuck assimilation forever.”

Catch up with DJ Haram as she tells us about her inspirations for this antagonist mixtape:

“What is more alienating than thinking through the presence of borders, entitlement, belonging, and authenticity of music and it’s makers? Lol. Sonic histories are often portrayed in a deceivingly joyful way. Doing being generally very, very far away (“Doing being” is this anarchist meme from MKE when some flustered chief police jawn described some agitators as “doing being out of control”). The more I learn, the emptier a dream of a peaceful local music reality is carved. This mix is about the sound experiences of profound alienation but also unique comfort. These ideas and tracks inspire #ATM, a dysfunctional club night that my friends at SCRAAATCH and I are starting in Philly. Also, peep my new song called “Basic” with Moor Mother Goddess, which is being released for the first time in this mix. I want to give a special thanks to Lava Space’s Shark Tank Studios and Negative Infinity for helping get that track done!”