“Non-residency is so fragile.“ Shruti Iyer discusses strategic alien-adapting under the constant threat of deportation.

Meet Christine Corbett Moran – a hacker, explorer, scientist, and former roller-derby player who will probably go to space one day. 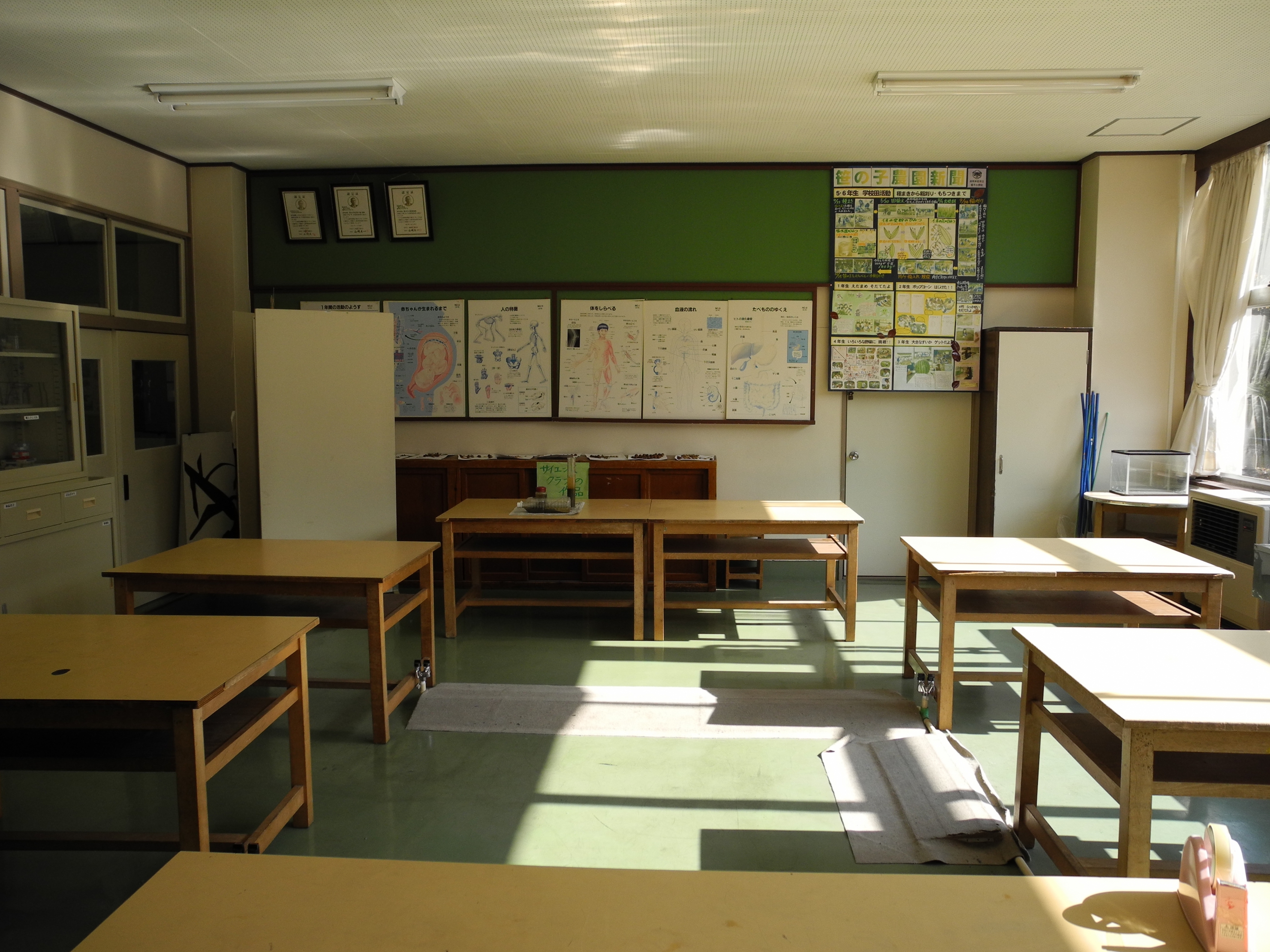 Melissa Mesku reflects on one school day when language barriers in a classroom of refugee students threw everything off balance.

I came in one morning to find I had a new student. The other kids were talking and laughing, but she was just sitting there in the front row, looking at nothing.

I tried to introduce myself but she didn’t want to look me in the eye. I smiled and asked for her name. No answer.

Ninth graders – they’re still children. I went to my desk to call the office. The woman on the phone said she hoped it was OK to just send me the new girl even though she didn’t have a schedule yet, and would I mind making sure she goes from class to class today?

It wasn’t often that I’d get someone new. My class was for English language learners. They came to our impoverished urban public high school after spending a year at a newcomers’ immersion school nearby in Dallas. Most were the children of undocumented Mexican immigrants – “illegal aliens.” The rest were aliens of another kind: refugees.

I assumed the new girl was one of the latter. When I was done preparing for class I came over to try talking to her again, relying on a big smile and a lot of gestures. I got down low with one knee on the ground. Her face was blotchy – maybe dirty – and she smelled a bit odd, a bit sour. Her kinky hair had small bits of bed lint in it.

I took a piece of paper and pointed to the top corner.

“Can you write your name here for me?” I asked.

I handed her a pencil and asked again with my sweetest teacher voice. She limply held the center of the pencil in her fist and made no indication that she knew what I was saying.

Why didn’t I think to ask for her name when I called the office? I can’t even introduce her to the class without her goddamn name, I thought bitterly.

Why won’t she say anything?

Finally a bigger thought shut me up – What if something’s really wrong – what if she can’t talk at all?

I’d heard of some crazy shit since I started teaching. Traumas, sob stories, wild and terrible things kids had gone through, things that broke our hearts. Some of the worst stories were from our Lost Boys – the umbrella term for the 20,000 Sudanese boys who traveled thousands of miles escaping soldiers, lions and starvation until they chanced upon U.N. camps in Kenya and Ethiopia. The Lost Boys are said to be the most severely war-traumatized children in history, and I had a number of them in my class. Though I’d never met one, there were “lost girls,” too. Might she be one?

It seemed I might find out soon. My first period class had most of my African students. Two girls, Aisha and Sarah, had already rearranged their desks next to the new girl.

“Did you guys all have a chance to meet?” I asked.

“We don’t know what she speaks, but me and Sarah, we have three same languages, miss,” Aisha counted excitedly. “We have nine languages together, miss! We’re gonna talk to her!” Aisha was a Sudanese girl who had spent most of her childhood in a metropolis-sized U.N. camp in Kenya. She natively spoke a few tribal languages, plus Swahili and French, which she shared with Sarah, a polyglot herself.

“We’ll get her to talk, miss,” Sarah said confidently.

By the end of first period, we still knew nothing. I didn’t want to acknowledge that this actually meant we knew a lot. Despite Aisha and Sarah’s dogged attempts, not one glimmer of recognition had crossed the girl’s face. Basic communication would be hard.

But there was something far worse that I couldn’t get out of my mind: the possibility that she won’t speak, that she is traumatized or in shock – or, even more maddening, that she can’t speak. I didn’t want to jump to conclusions, but I feared finding out where she may have come from a year ago, or where she came from this morning.

Between classes I called the office again. Busy signal.

Is it possible to not have a language? The going theory is that language is hardwired; even those born both deaf and blind have learned to communicate. Still it remains one of the most unfathomable things to consider. No language. It’s the kind of thing that might flit through your mind as you stare into the night sky.

Living without language is a really “out there” notion, yet, without language, there’s no way to interact with the great out there: there’s only in here, in the self, alone. Perhaps a language-less interior, a language-free in here would be one without thought. Or perhaps it’s an interiority burdened with proto-thoughts rioting without order and struggling to coalesce. Perhaps it’s actually freeing – maybe the mind is elegant and diaphanous without the tyranny of words forcing it into shape.

I kept coming back to the possibility that this girl might live in a completely unintelligible reality. Without language, our boring portable classroom might be incomprehensibly alien. I tried to imagine an inchoate mind grasping but having nothing to hang on to. It’s the kind of thing that’s only possible to contemplate when you’re on full-blown psychedelics, and it chilled me.

Frankly, I was also terrified for myself. An unspoken part of my job was to look for signs of abuse, and that she came to school dirty was not a good sign. We had no idea how deep it went, and we had an obligation to find out. The fear, though, was that I was out of my depth. I’m not a linguist, not a psychologist, not even a social worker, and I knew I could fall prey to misjudging the situation. Already I was getting carried away projecting my own thoughts onto the girl. I’d turned her into a blank slate on which to project my own fears of the void, the abyss, the big empty – a tabula rasa. Without language, she had no chance of asserting herself against this silent onslaught.

I shook off the trippy thoughts. No, there must be a reasonable explanation. She didn’t just fall out of the sky. She’s not an alien or some weird mystery. The only mystery here is why the fuck the office has told us nothing.

By lunchtime, the girl had attended four classes without saying a word. The African girls, who had more or less adopted her, looked increasingly uneasy every time they passed me in the corridor. By this point I was really worried. I tried imagining that what I saw in their faces was just my own anxiety.

The first chance I got, I marched to the office myself.

Out to lunch read the sign on the door. I feel the same way, I thought.

I met up with the other teachers to blow off some steam. We bitched and moaned and then came up with a plan. First, we would talk to the office and figure out what the fuck was up. If we found out anything unseemly – anything that made it seem the girl was neglected or in danger – we’d go to the girl’s house immediately to talk to her family.

When the final bell rang, I ran back to the office. The registrar was finally there and told me that a man, presumably the father, had dropped the girl off. He didn’t bring any paperwork with which to enroll her. Instead, he gave her the business card of a refugee caseworker, one we regularly worked with. She didn’t learn his name or address, or the girl’s name, or what country they might be from – lamely citing his bad English as the reason. She explained that she called the caseworker and hadn’t received a call back yet.

I was appalled. How does a registrar fail to register a child? You can’t have nameless kids wandering around the school unaccounted for.

I ignored my anger. There was no time.

Out in the crowded parking lot I spotted some other teachers. The hope was that we could all hang back to see whether the girl would be picked up. If someone came for her, we could intercept them right there.

Unfortunately, it looked like the girl was about to get on a bus. This was where the plan started to break down. How would we know where she lived unless we followed her home? I really didn’t like that idea. We teachers often did quasi-inappropriate things – feeding kids, counseling them on Facebook, driving them home – but only when there was no better option. Following the girl seemed invasive. But suppose for some reason she didn’t come back tomorrow? She had already fallen through the cracks so much that the cracks had become chasms. We would be letting her fall through our fingers if we didn’t deal with this while we had the chance.

“Miss! She’s getting on our bus!” Aisha exclaimed as she ran toward us.

The head teacher told Sarah to call her once they got off the bus. Then she headed off to her car, planning to follow the bus and intercept them at the girl’s house.

In the end, there was an explanation as to why she came to our school that day. Her guardian, an elderly man from an African country that no longer existed, thought it might be a better school for her. She was recently admitted to the country as a refugee from Kenya, country of origin unknown, and had been attending the newcomers’ school where the speech pathologist and psychologist were well acquainted with her.

What we were never able to ascertain was why she didn’t speak. Many people in her life exhausted themselves projecting their theories onto her. I’m still holding out hope that I’ll get the story from her someday. 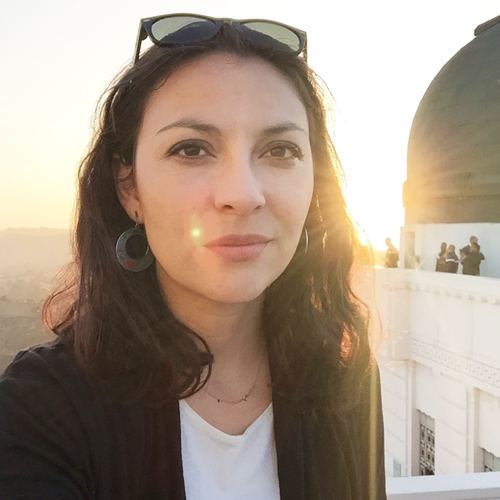 Melissa Mesku lives in New York. She is a web developer, entrepreneur, and the founding editor of New Worker Magazine. Find out more on her website.