Mask Tabs Is Back, and It's Bad News

Oakland’s Riot Culture – How did the Bay Area become the arena of one of the most intense millennial revolts of the decade? 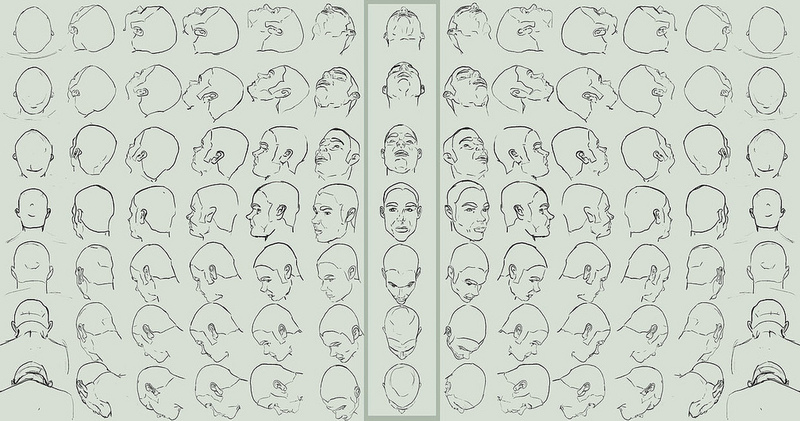 How many times can you rebrand a column? That's a good question: at least three. It's a post-tabs era.

After careful consideration, and by that I mean listening to a podcast in the shower last week, I've decided to switch this column into solemnity and rename it "Bad News". So sit back, crack open an ice cold browser window, and follow along with the mostly-disappointing events of the past week.

Old habits die hard, so here is the soundtrack for this week's edition:

Nothing much happened at the beginning of last week, because America was still recovering from a damaging cold snap that swept across the nation's airwaves: the 57th annual Grammies. No bad news here, except that Beyoncé lost Best Album to Beck, and somehow Eminem won something.

There was a spot of good or at least not terrible news: some Alabama counties found it in their confused homophobic old grandpa hearts to permit the marriage of same-sex couples. How very decent of you, Alabama.

Wtf is Brian Williams? *Googles* Oh right, he's the square-jawed NBC Nightly News anchor. Or was. Williams ... let's say embellished ... a story about his participation in a 2003 helicopter ride during NBC's coverage of the Iraq War. More than once. In the aftermath of this scandal, he was 'suspended' which I think means fired and banished forever. Evidently, this is somehow worse than every other lie the media told about Iraq.

Somewhat more importantly, the planet we live on is quickly becoming a desert. I love the catastrophic and hopeless language these scientists employ, as they try to politely describe their hypothesis that DOOOOOOM is on its way:

This would also allow us to establish the potential risk (that is, likelihood of occurrence) of future conditions matching or exceeding the severest droughts of the last millennium.

Instead of building a hut in the woods, learning to butcher small game, and getting in touch with some sort of Deep Ancestral Way of the Earth – been there, done that; weird phase, don't ask – you can catch me on the internet looking at art exihibits of the growing shadow of our once-great species like this photoseries about the incredible rate of desertification occuring in Mongolia. It was a good run, folks.

But hey, all hope is not lost. Apple, the world‘s most profitable company, announced Tuesday that they are building a solar farm to power the entire headquarters on which they have recently broke ground. What a compelling answer to our problems: the wealth gap is growing at such an astronomical rate, there is nothing left for the rest of us to do to save the environment besides keep buying iPhones! I know I'll do my part in about 4 months, how about you? Do you love Mother Earth? Even if you say yes, you probably don't mean it as much as this 109 year old Australian who has been knitting sweaters for penguins caught in oil spills. As they say in Minnesota: "Oh, for cute!"

Let's see, we got the day's dose of dystopic techno-apocalypse out of the way, what else happened? *flicks through open tabs* Oh, the head nerd at the PAC organized by Florida Governor Jeb Bush's campaign for the White House was canned after it became obvious to the rest of us that he was a sexist, racist conservative. You don't say.

Oh, and Jon Stewart announced he would be leaving the Daily Show after anchoring the comedy news program for ... what the ... twenty years?! *Looks deep into mirror, sees only disappointment and self-loathing* What will I watch while I sit at my desk and eat the soggy, pathetic burrito/sandwich each day? Nooo. Byeee.

Zero good things happened today. Lot's of bad things probably happened, but the most important bad news of today is this report from Reuters that cities that implemented a smartphone "kill switch" to deter thefts have found that it has actually been working. Drat.

Thursday fucking sucked because one of our favorites, New York Times media writer David Carr, died in the newsroom. Without the slightest bit of irony or snark, we've really been down about this. Many thoughtful pieces have been written since – this one is my favorite – but actually I think the documentary Page One is probably the best celebration of his life and accomplishments.

It is a twisted fucking universe, because of all the media journalists out there, Carr was probably the only one that would have something endearing and decidedly pissy to say about this next item on the news desk (tab bar) for today, from Facebook's blog:

Today we’re introducing a new feature that lets people choose a legacy contact—a family member or friend who can manage their account when they pass away. Once someone lets us know that a person has passed away, we will memorialize the account and the legacy contact will be able to

Yes, you read that correctly. Facebook is so much a part of our lives now, that it has seen the need (rightly, I think, as I cry into my keyboard) to add account bequeathment to their service. If you die with the proper privacy settings, a special loved one will be able to access your account, make changes, accept friend requests, and post important memorial information. Bitterness aside, I actually think this is probably a good idea – I've seen so much fucked up shit happen on Facebook after friends die that this has got to be better than nothing. Who should I leave in charge of my Facebook account? *Looks nervously around cold, empty room.*

Speaking of the terrifying collisions of the Real and the Virtual i.e. Facebook, today the EFF reports that hundreds of South Carolina inmates have been sent to solitary confinement for accessing Facebook behind bars since 2012, when the state corrections department classified this as a Level 1 offense, "a category reserved for the most violent violations of prison conduct policies".

Friday the thirteenth is supposed to be supernatural bad luck, so you can imagine how risky it was for the Lexington Dispatch to print a correction to an article that erroneously called President Obama the "Antichrist", when the author had actually intended on calling Obama the Seventh King, the king before the Antichrist in the Book of Revelations.

I don't know much about the guy who invented his own twin brother, then pretended to be him to avoid traffic court, but that's basically all you gotta do to make my shortlist of “Heroes of the Twenty-first Century”.

Deep down, in the dark cold empty space where my heart should be there is an actual person, and all that person does is cry. Tonight, it was because Bri Golec, a 22 year old trans woman from Ohio was stabbed to death by her father who was convinced that the transgender support group she recently joined was "a cult". If it is even fucking possible to pick up the broken pieces of ourselves after such depressing tragedies, and assemble them into anything recognizeable, let it be to form more cults of the kind that offer love and support to those marginalized by FUCKING WINGNUT SQUARES.

Nothing else happened on Friday.

Saturday was Valentine's Day which is the day we fail to celebrate the Hawaiian warriors who killed colonial invader Captain Cook after he kidnapped their ruling chief for ransom. Instead, hundreds of millions of unhappy couples tried to agree on something to watch on Netflix in a competitive display of a "spontaneous film-critic affect" which has been known to build deep emotional bonds between loving pairs. I am just as bitter and vindictive about people who use the word "galentine", so don't think you get off that easy girls who earnestly like Parks and Rec.

But other non-love things happened today, like for instance SpaceX successfully put a solar weather observatory into orbit for NASA, so we can observe the sun blast our planet with electromagnetic and radioactive ejections while we pump the atmosphere with carbon dioxide and watch our planet slowly (or quickly) become Venus.

Speaking of unlikely selfie sticks, someone made a patch for that old school first-person shooter game DOOM that ads instagram filters and a selfie stick to the game.

Oh and I'll just leave this story about the hundreds of teens who stormed a mall and movie theatre with guns, then fought police and somehow disappeared with few arrests right here.

On the seventh day, Kanye spoke.

Also, this survey of 300,000 people over the last 21 years suggests that US teens are more underslept now than ever before which really explains now more than ever before.

The city of Boston used inmates to shovel 16.2 inches of snow out of its transit system, so regular peaceful civil society could get to work without spending a moment contemplating the deep and unreformable machinery of violence upon which it is predicated.

Today, the FAA proposed landmark changes to rules that regulate the air that floats above America that could allow thousands of corporations to use little drone bots to constantly pester us with goods and services that we have no choice but to participate in or consume.