This Week in #ACAB: Fire to the Prisons

Getting restless for the weekend: Joey LaBeija shares his hopes and dreams for his Legendary party. Listen to LaBeija and False Witness’s new track while you get ready, bbs. 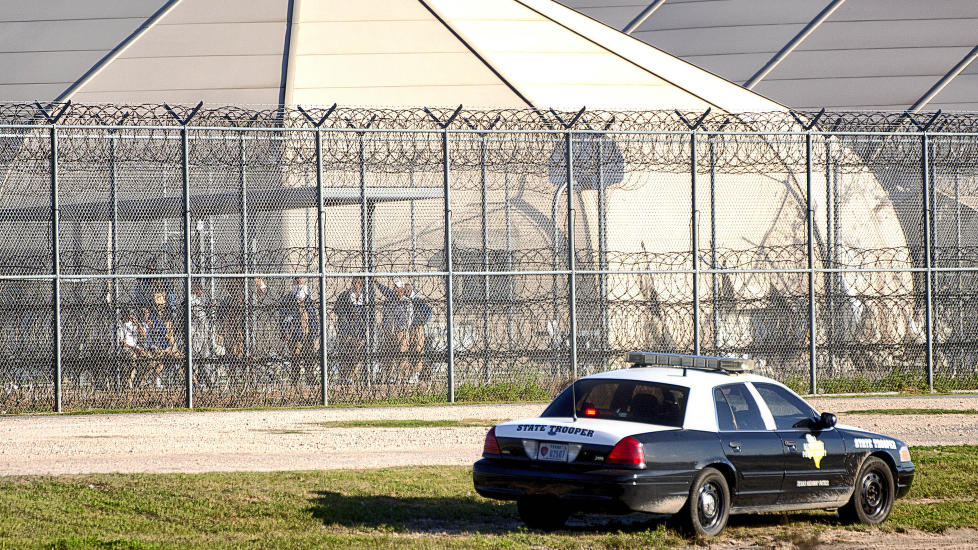 This Week in #ACAB: Fire to the Prisons

The police have killed 168 people since New Year‘s Day.

Yesterday was the third anniversary of Trayvon Martin’s murder. On February 26, 2012, Trayvon Martin was visiting his father in a gated community in Sanford, Florida, when he ran into “neighborhood watchman” George Zimmerman who shot him to death. Unlike most murders of black and brown youth in this country, the event sparked protests and outrage around the country. Like Jackie Wang and others have pointed out, there was nothing exceptional about this murder other than the fact that he was so obviously an innocent child (as if in most other cases, the arbitrary killing of black teens is somehow legitimate). However, it’s notable that since his death, there has been a nationwide conversation about the constant and brutal war against black and brown young men in the US.

Rest in peace, Trayvon. Sorry this world was so shitty.

Well, well. Back to 2015. The police have killed at least 168 people since the start of the year. Here are some other stories that caught our attention this week:

Two thousand prisoners rioted at a private prison in Willacy County, Texas over the weekend. The prison is inhabited primarily by undocumented immigrants locked up for crossing the border illegaly, and many of them joined the uprising to protest concentration-camp-like conditions – forced and unpaid labor, extremely long prison sentences, unlivable conditions, sexual abuse, the lack of medical services, among other things. According to Aljazeera,

Two hundred inmates are packed into each Kevlar tentlike structure that serves as housing, with no privacy between beds or in the bathrooms, where toilets and showers are open without partitions, the ACLU said in a 2014 report titled "Warehoused and Forgotten."

Prisoners have rioted at this facility before. This time, prisoners set structures on fire, leaving the prison “uninhabitable”, and an estimated 2800 prisoners are being transferred to other facilities.

Organizing while incarcerated is incredibly difficult, and not only because prisons do everything they can to make it impossible to do so, as evidenced by the rise of super-max prisons and longterm, indefinite solitary confinement. It’s also difficult because prison uprisings are so easy to repress – the information flows between prisons and the outside world is limited, and guards have weapons, solitary confiment cells, and the ability to punish by witholding food, water, and other necessities. The fact that people are able to organize despite this repression illustrates how unlivable prisons are and how ungovernable humans can remain in even the darkest conditions. Last summer, members of rival gangs held in solitary confinement at California’s Pelican Bay State Prison organized a hunger strike that over 300,000 prisoners participated in – and they managed to do so despite being locked up in their own cells for 23 hours a day.

Speaking of burning down prisons: issue 12 of Fire to the Prisons is out.

Fire to the Prisons is an insurrectionary periodical. It focuses on promoting a revolutionary solidarity between different struggles, prisoners, and existing social tensions that challenge capitalism and the state.

Read or print out the pdf, or order bulk copies for the price of shipping ($3.65/10 copies) at Little Black Cart.

Earlier this week, the Guardian exposed a US police “black site” in Chicago called ‘Homan Square’. In several interviews, former arrestees spoke out about being brought to this location before being booked, being denied phone calls or contact with a lawyer and being handcuffed to a bench for 17-20 hours. The site is being compared to Abu Ghraib and other CIA black sites, as it has been used to hide and pressure arrestees to confess to crimes by refusing to release them or secluding them from the outside world. During the NATO protests in 2012, several participants in the protests were brought to Homan Square and were not taken to booking until lawyers started making a public issue regarding their whereabouts. As The Guardian reports,

“It’s sort of an open secret among attorneys that regularly make police station visits, this place – if you can’t find a client in the system, odds are they’re there,” said Chicago lawyer Julia Bartmes.

Jacob Church learned about Homan Square the hard way. On May 16 2012, he and 11 others were taken there after police infiltrated their protest against the Nato summit. Church says officers cuffed him to a bench for an estimated 17 hours, intermittently interrogating him without reading his Miranda rights to remain silent. It would take another three hours – and an unusual lawyer visit through a wire cage – before he was finally charged with terrorism-related offenses at the nearby 11th district station, where he was made to sign papers, fingerprinted and photographed.

As if we needed further evidence that the “War on Terror” is in fact a war on dissent everywhere: the three Brooklyn men who were arrested on charges of conspiring to go to Syria and join ISIS were most likely set up by an FBI informant.

The known facts from this latest case seem to fit well within a now-familiar FBI pattern whereby the agency does not disrupt planned domestic terror attacks but rather creates them, then publicly praises itself for stopping its own plots.

This was perhaps this week’s most opportunistic anti-cop headline of the week: 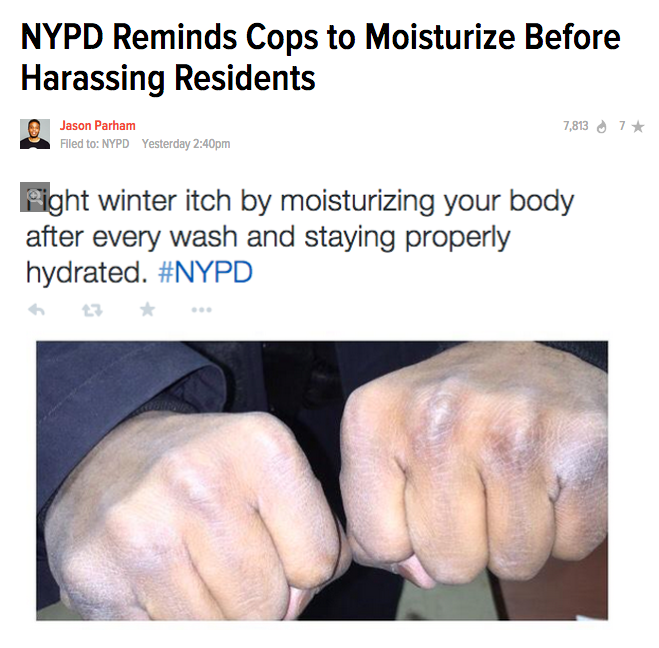 We don’t blame Gawker though, the association is unavoidable.