Björk’s Vulnicura Deserves All the Praise

Winter Layering. Dressing appropriately in winter is a crapshoot. Thank goddess for layers! 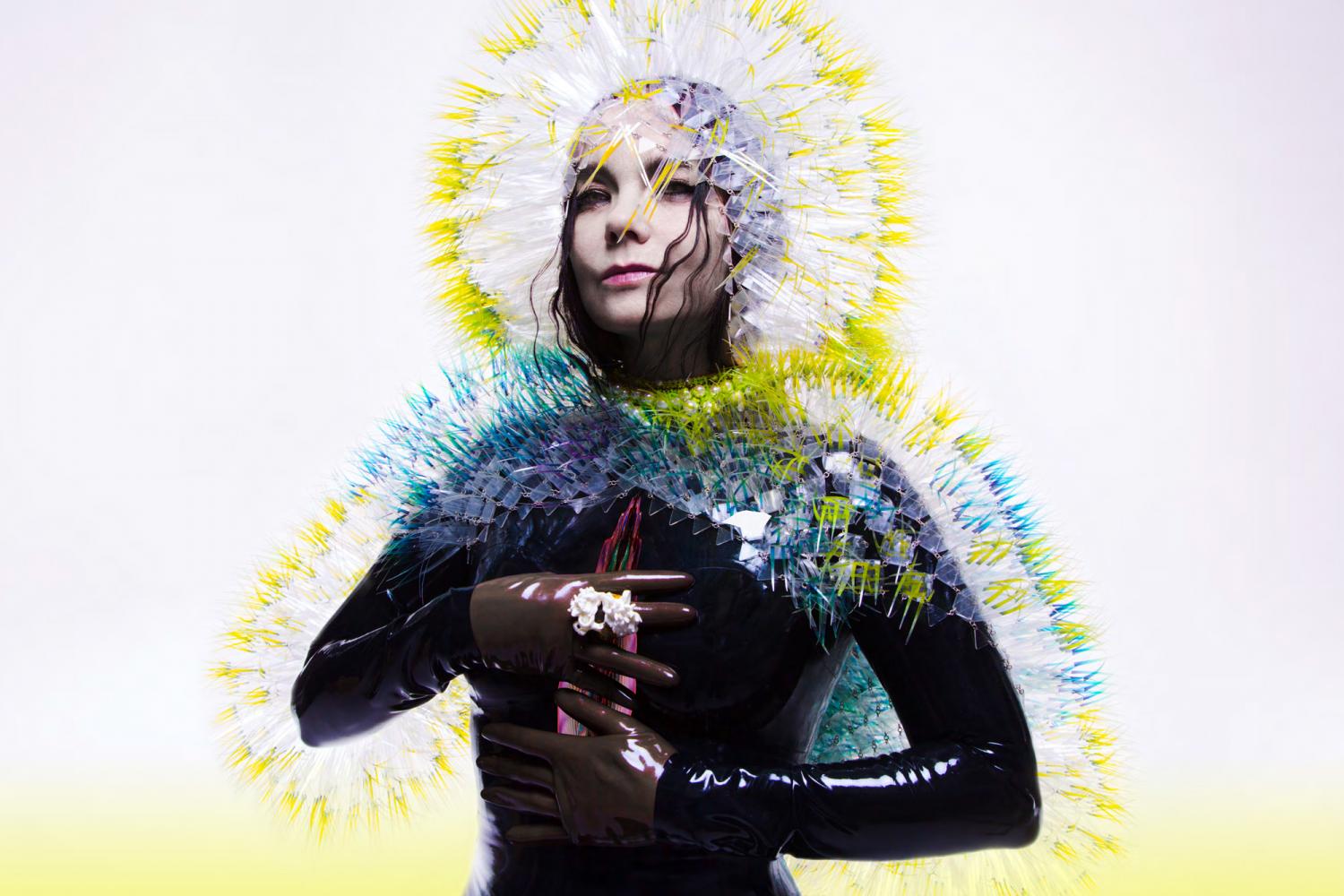 Vulnicura Worthy of Its Praise

There’s an amazing moment on “There’s More to Life Than This,” a jumping dance track from Björk’s first album, where she literally steps out of the song: halfway through, there is the sound of a door closing and as the beat suddenly becomes a low, muted thump in the background, Björk’s voice is foregrounded, almost a cappella, tremulous and impassioned. Then the door opens, she goes back inside, and the song continues as if nothing happened, but the listener is left with the voyeuristic pleasure of having glimpsed a raw, exposed talent, slightly strained but absolutely determined and achingly sincere.

Vulnicura, Björk’s ninth studio album, feels like an album-length version of that moment. For at least a decade (and probably, to be honest, since that swan dress at the Oscars) Björk’s mythos has threatened to eclipse her recorded catalog. Her increasingly elaborate concepts and visuals have proven more interesting than the albums themselves. Even Volta felt overbearing and self-important despite, or maybe because of, its Timbaland hype and fun-toting press releases. Now, two months before a major MoMA career retrospective poised to permanently cement her reputation as a Serious, Respected Artist, Björk has unexpectedly released an emotional, exposed, and intense album.

I’m resistant to “return to form” narratives, mostly because I think the artists most deserving of decades-long attention demonstrate a capacity for continual development and elaboration rather than adhering to a recognizably static form. But Vulnicura is the best thing Björk has released in a long time, and in many places it echoes back to her first four albums, an astounding run of records that created and cemented her global reputation as a singer, songwriter, and producer. The album is grounded in three core elements, the same elements whose impressive interweaving lies at the core of past Björk masterpieces like “Isobel” and “Bachelorette”: lush, evocative strings that are sensual without being sentimental; surprising, driving beats that are forward-thinking without overshadowing the songs; and impassioned, intense vocals that do justice to their songs’ lyrics rather than masking their vacuity beneath a forced coloratura.

Björk’s true signature is her utterly distinct voice, with its malleable arsenal of expressive registers, from muted whispers to volcanic roars, employed to devastating effect on Vulnicura. The vocals are frequently multitracked, often with one take following shortly behind the other in a mournful, disconnected echo, as on the intro to the painfully resolute “Lionsong.” In this Euripidean tragedy Björk is both protagonist and chorus, the various vocal tracks echoing each other in a temporal disconnect like the Ghost of Breakup Past, a live report and a critical recollection at once. Channeling all the impotent frustrations of a failing relationship, the effect calls to mind the haunting stoicism of Kate Bush’s “Watching You Without Me.” In fact, its use of atmospheric sound and the vocal arrangements suggest that Bush’s recent reemergence may have left as much of a stamp on Vulnicura as collaborators Haxan Cloak and Arca.

Oh, and the breakup. The details are well rehearsed in the already-considerable press the album has received, and neither lyrics nor liner notes shy away from this biographical source material; most of the songs include a note in the booklet revealing how long before or after the breakup they were written. Certainly, Björk’s lyrics have never been so bluntly personal and straight-forwardly narrative. But the difference between a concept album and a breakup album is the difference between songs as entities with individual integrity and songs that only makes sense in the context of their concept, and Vulnicura is definitely the former. It’s an album in a way that is increasingly rare: a unified work with a distinctive style, a distinctive sonic palette, and a distinct experiential trajectory from beginning to end, describing an emotional journey. If Vulnicura is raw or exposed or revealing, that’s not because it’s in any way lo-fi or hurried. It’s immaculately produced and the songs are in not unfinished but rather all-too-recently recently finished, a handcrafted object still dripping with fresh paint.

One of the album’s great strengths is Björk’s gift at using beats as a genuine compositional element rather than a repetitive substrate. This was the crucial shift made early in her career, from club-ready “tracks” to rhythmic compositions, an evolution that reached something close to perfection on 2001’s Vespertine and spun off in an unpredictable but fascinating way through the dense vocal loops of 2004’s Medulla. The compositional use of rhythm is most deeply illustrated by the aptly named “Black Lake,” the album’s longest track and its emotional and narrative core. Beginning with slow, mournful strings, two minutes in a quiet, crunchy kick drum appears, fades, and reappears, growing more complex with each verse; suddenly the strings and vocals fall away and for a few brief seconds the track morphs into a thudding beat that sounds like Burial reimagined as German techno, before a renewed swell of strings returns the track to its initial elegiac mood, but more sweeping and driving. The percussion on “Black Lake” approaches program music in its jagged approximation of an uneven heartbeat, narrating a physical counterpoint to the agonized vocal take.

Despite its intensity, Vulnicura refuses the tragic mode. The album’s center is occupied by its three most tortured (and longest) tracks – “Black Lake,” “Family” and “Notget” – but in its final tracks it rises up from the heartbreak, anxiety, and anger of this dark triad with a stolid Scandinavian pragmatism. Happy is the wrong word for the emotional state in which we wind up, nor is it resigned, but it’s certainly not broken or miserable. The album ends on the swirling, strident “Quicksand,” with its multiple vocals chopped up over a stuttering but not glitchy beat. This is witty, rather than virtuosic or effects-driven programming, a quality for which Björk never got enough credit early in her career and which, perhaps as a result, was in short supply on her more recent albums. “When she’s broken she is whole,” Björk sings on “Quicksand,” “and when she’s whole she’s broken”; it’s hard not to read that line in relation to the decayed cliché of great art born from suffering. Elsewhere, on the grim, droning “Family,” she ask “How will I sing us out of this sorrow?” There’s clearly a reflection here on the relationship between the artist, her art, and her personal life, but it’s not a mopey romanticization of sacrifice or a facile opposition between producing good work and having a happy family. Music in this metaphoric vocabulary serves not as an aim but as an instrument. It’s not the cause of the tragedy, but a way of coming to terms with it. It’s been funny to see just how many reviewers have effectively apologized for finding this the best Björk album in over a decade when it was born from such evident pain. But that’s only an apology that needs to be made if you’re glorying in the pain or moping about it, both of which Vulnicura refuses to do.

If Vulnicura is an album-length instant of Björk stepping out of her own shadow to reveal a stripped-back and unfiltered core, there exists the unfortunate possibility that, post-MoMA, she’ll return to the heavy-handed self-consciousness of her recent work. But for the moment, we have the privilege of exploring this fantastic work, exposed and forceful, vulnerable and utterly committed to the brutally honest recording of a deeply personal moment. “Moments of clarity are so rare,” she sings on the album’s opening track, “I better document this.” That’s true, and she does, and her courage in doing so deserves the appreciation and praise that continues to be heaped on it. 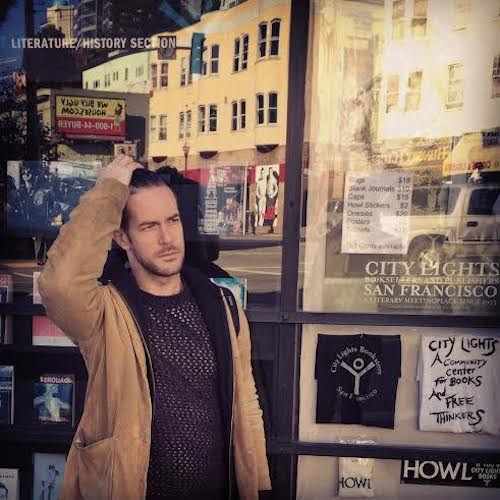 Sand Avidar-Walzer is a scholar and writer living in New York. He's written on music for Glide Magazine and The Quietus, among others.