When It Rains, It Pours Twitter sponsors forum on #BlackLivesMatter with Hillary Clinton and Bernie Sanders, and more bad news from last week.

This week in ACAB: In Bologna, Italy, riot cops use water cannons to evict 300 people from an abandoned building. 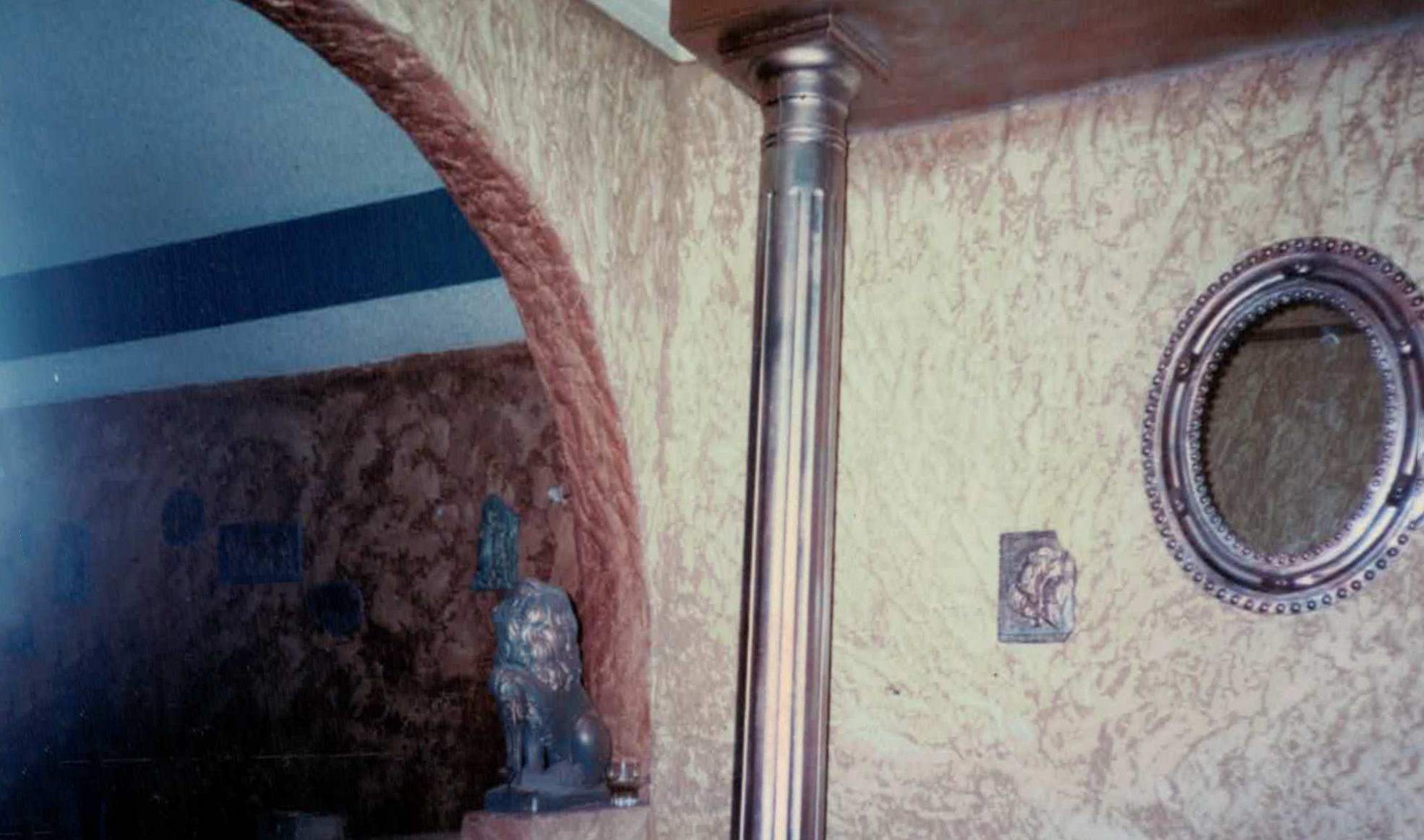 When she was 8, Stela Xhiku left Albania and moved into her uncle Xhorxh’s apartment in New Jersey. Two decades later, they’re living under the same roof again.

No trains leaving from Montclair, NJ on the weekends. There are local buses you can take to other buses, and finally to Port Authority in Manhattan. Else, you can sit nicely in your confinement, go to the Clairidge Cinema, take your teenage cousins to the tennis courts, or to a park of daffodils. Even going to the CVS to browse the seasonal section has become something of an event recently.

In spite of these thrills, my first month in Montclair has been spent looking for an apartment in Manhattan to replace the apartment I left in Brooklyn in September. Leaving was a good choice; as a post-grad adult in New York, I got stuck in the familiar cycle of signing a new lease every August. It’s a tormenting annual tradition, and by the end of each August barely so-so apartments appear like golden mirages in the sand. The desperation of the apartment hunt has been with me for years and, finally, in the midst of it all, I discovered a safety net: my uncle Xhorxh’s (“George’s”) house in suburban New Jersey.

Not that it’s my first spell at Uncle Xhorxh’s. When I left Albania at eight-years-old, my uncle Xhorxh took my mom, dad, sister, and me from Newark Airport straight to his New Jersey bachelor pad where we began the Xhiku American Adventure.

At the time, I had a boys’ haircut (a half inch of black hair). I also had a nascent, treatable case of Tuberculosis, a fear of squirrels, and horrible social skills that would have been devastating if not for my overstated confidence. I saw my first bathtub and collected my first lightning bug. At school, I pretended to know all about Halloween and hissed “bleshoo” at the slightest suggestion of a sneeze. I was going to learn to be polite and roller blade, and so help me, I was also going to smell good, like all Americans with their nice teeth. 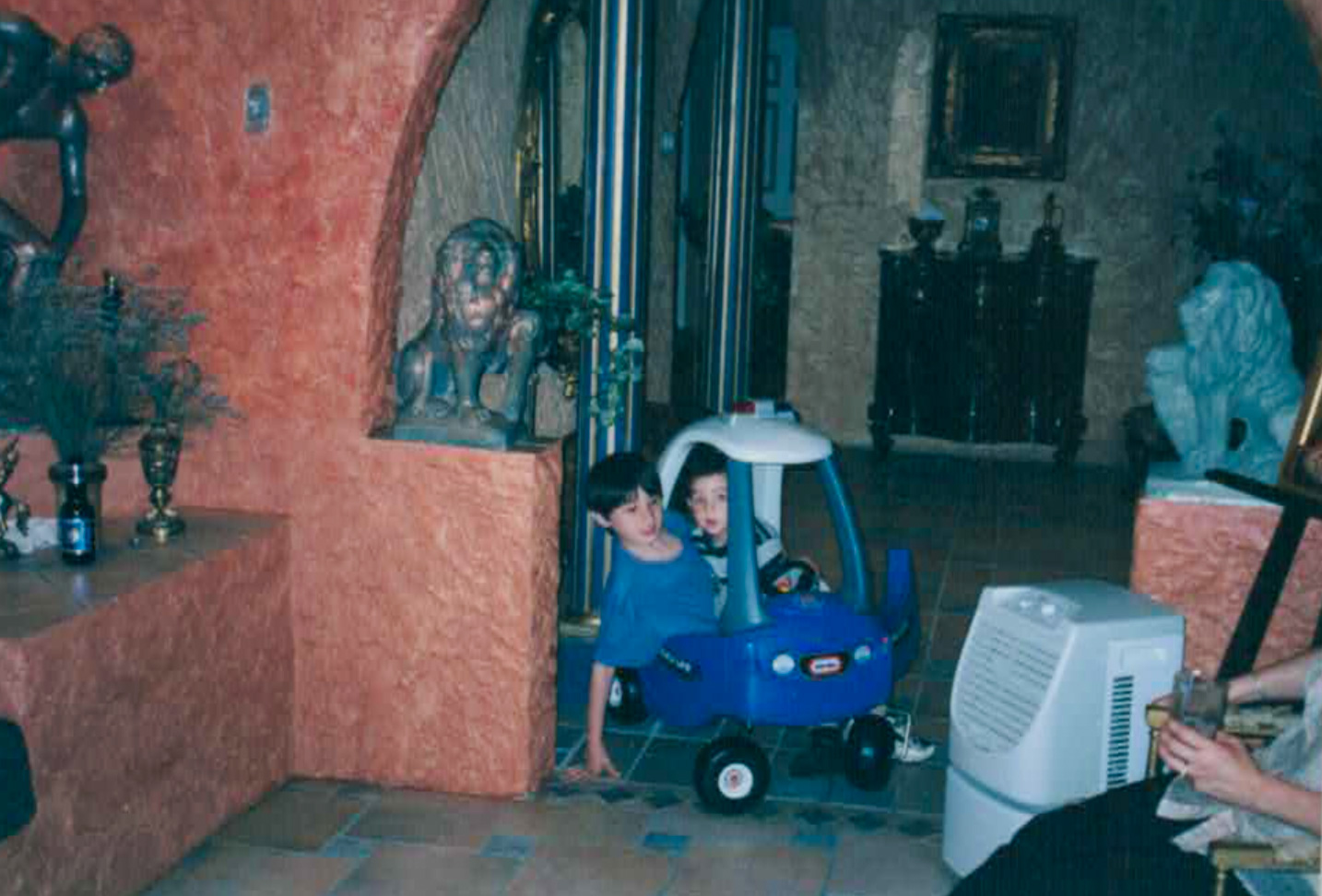 I had cut off my Albanian ties quite nicely. I gave a stuffed tomato toy to my favorite teacher, handed off our Disney movies to my cousin Alda, and ceased all communication with my best friend, Ina, to make the move easier on us both. Our leaving was a big deal, a rare chance provided by my great-grandfather, who had lived and died in Boston after the first World War.

Still, my first year in America was spent grasping at Albania – not out of nostalgia, but out of shock at the range between urban, post-communist Albania and New Jersey. It felt like I had made the discovery of America myself. And in it, everything, me included, was new. In many ways, immigration was a second childhood: the first was misspent in a confident isolation. I knew what I liked (Rambo); I wore a clown-inspired outfits to functions, and once used a museum’s storage as a personal toilet. On most counts I was quickly forgiven as young. As a new American, I ignored people at will, puked on a younger girl, and even dared to hand out pennies on Halloween, all conveniently under the guise of being foreign.

It’s funny because people have this idea of immigration as a ‘growing up quick’ scenario, especially when the port of origin is a troubled place. In many ways it isn’t; with the beginning of my American education, I was allowed to be more childish, to observe for a bit longer, to say whenever I didn’t understand, and to be impressed by things. And there was nothing more impressive than the luxurious ancient walls of my uncle Xhorxh’s.

He lived alone below his Greek business partner, in a large first-floor apartment. It was an experiment in themed living: stucco bronze walls, Grecian sculptures in the TVroom, dark tile floors, a marble rotary phone, classic doric columns that I suspected weren’t supporting a damn thing, and a pink waterbed. Between his house and the front and back yard, the whole property was the size of a small parking lot.

Now, in my 17th year in America, I am back at my Uncle Xhorxh’s. Though he’s said goodbye to the velveteen trappings of his old apartment and moved with his wife, Eleni, and three kids to a beautiful Victorian home in the town of Montclair. It’s a charming town, very clean and with three main streets – each an arrangement of high-end boutiques and midcentury architecture. There are two florists, one (now defunct) bird seller, three diners, and a thrift store, Speakeasy Vintage, run by a man named Johnny who will dress you up in a suit and take a photo if he likes the looks of you. There is also the Smashburger – Montclair’s premiere landmark according to my kid cousins because “Justin Bieber ate there.”

It was a simple choice to return, though that’s not to say that it wasn’t difficult. I effectively bartered my independence and privacy for financial and contractual freedom.Sure I was losing the convenience of New York to the tune of a 40-minute commute, and completely forfeiting my own space. But, more than that I was losing my ease with declaring myself a New Yorker. I’ve become so conflicted about my address, for instance, that when I signed up for a gym membership I sent my Planet Fitness flyers to two apartments ago. Even as a kid, I was building my taxonomy of a true New Yorker. Not that it’s a difficult image to conjure: a trench coat, someone walking alone, free of the tote-gym-bag-purse combo that marks commuters. There’s an anonymity to it, as well. Real New Yorkers know when to stand up on a subway (not too soon is the trick) and instinctively and silently sacrifice their seat for a pregnant woman. It’s not that I think all New Yorkers have this self-possession, but that the people who move here and insist on being here carry a certain awareness.

If I’ve gotten very carried away with this reverie, it’s because I live in New Jersey now. I sleep in the guest bedroom, which belongs during the winter months to Ya-Ya, our Greek grandmother. Efi and Kate, my 13-year old twin cousins sleep next door, and Hector, the eldest, sleeps in the third floor master suite with its own balcony.

My aunt and uncle still see me as a New Yorker, and it’s how I’m earning my keep: teach the kids a thing or two (perhaps that awareness I spoke of earlier). But, as they’ve learned, I’m a  discount Mary Poppins – an abrasive governess, quick to yell at the kids for their addiction to TV (and screens in general) but without the time or patience to suggest a healthier alternative. The other week, little Efi created a double-coat hanger contraption that she had hung above her pillow, holding up her iPad quite nicely – ingenuity borne of dependence. Hector’s addiction shows itself in worse symptoms: bloodshot eyes. Eleni threatens to remove all electronics at the sight of his enflamed eyeballs. “I got shampoo in there,” Hector says. A week later with the same rosey peepers, Hector claims to have coughed “so hard that a vein popped” rather painfully. He read about it on the internet. I worry, anticipating (with a certain excitement) the escalation of his hypochondriac coverups.

At my worst, I am an instigator. One Sunday morning, I drive the kids to the local Five Below and Michaels stores only to find that I have assisted their premeditated hooky against church and God. When we get home, they get a good yelling.

Another night, I break Kate’s bike riding back from the local Cuban restaurant, plastered. The waiter offered me complimentary chorizo tapas, and I felt obliged to ‘pay it forward’, as it were, by overdoing the mojito order. My ankle is bleeding when I arrive home. My uncle Xhorxh is smoking a cigar on his porch and offers me a bowl of pistachios. In the living room, Kate has divined that something heinous has happened, leaving her Big Bang Theory to spout its laugh track at the wall. “You’ll pay for each fix,”  she yells over her fallen bike, “I need this bike back to the way it was before you ever got on it.”

And there’s more to my destructive streak: on my very first night in Montclair, I drove my uncle’s business car up the driveway and into a tree. It was only because the brake was too far from my foot, and anyway the car was going so slow that there was no real damage, but it was still a hypnotic collision. The whole time I was muttering, “oh no, oh no.”

In spite of all of this buffoonery, I feel really adult in Montclair. It’s a confrontation as I resist all adulthood in my quarter-year crisis, to go to New Jersey and be an adult. This is especially glaring what with the kids being around, and my own memories of being an 8-year-old at my uncle’s house.

It’s a strange return; strange because uncle Xhorxh’s is where my family first found its footing in this country, and now it’s an interlude as I regain mine in New York. But going to New Jersey wasn’t just a withdrawal from the real estate circuit, it was also a willful withdrawal from a storm of decisions: defining a career, signing one-year, two-year contracts, even getting that annual Planet Fitness membership made me feel claustrophobic. Do I really know that I’ll be at this gym, in this neighborhood in a year? I thought. Even in New York, these decisions build a very small, routined world. More and more, it seems nothing that will ever be as *new *as America was. And uncle Xhorxh’s is no exception, though it’s certainly been a good retreat from commitment.

My biggest fear, even bigger than the fear of being a horrible guest, is that I get comfortable, that I start to rationalize the suburbs. “It’s quiet here, with home-cooked meals, and free rent!” But it’s an easy thought to snap out of. All I have to do is think of my stumbled response the last time someone asked me where I live. Or, I can always conjure up the situation when god forbid, I am in the news and the reporter has to introduce me as a “New Jersey area woman.”

“It can happen to you,” I tell myself, eyeing my fellow passengers on New Jersey Transit. It’s a beautiful ride, and now so routine that I know when to put on The Barber of Seville (at Secaucus Station) so that the barber is screaming, “Figaro! Figaro!” just as I step back on the beautiful swamp land of Manhattan.

Names have been changed to protect the privacy of the individuals mentioned. 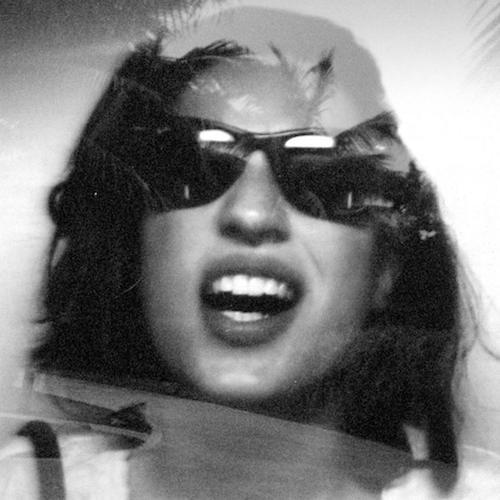