Interview with Journalist and Photographer Kukka Ranta A peek behind the camera of this month’s cover photo. 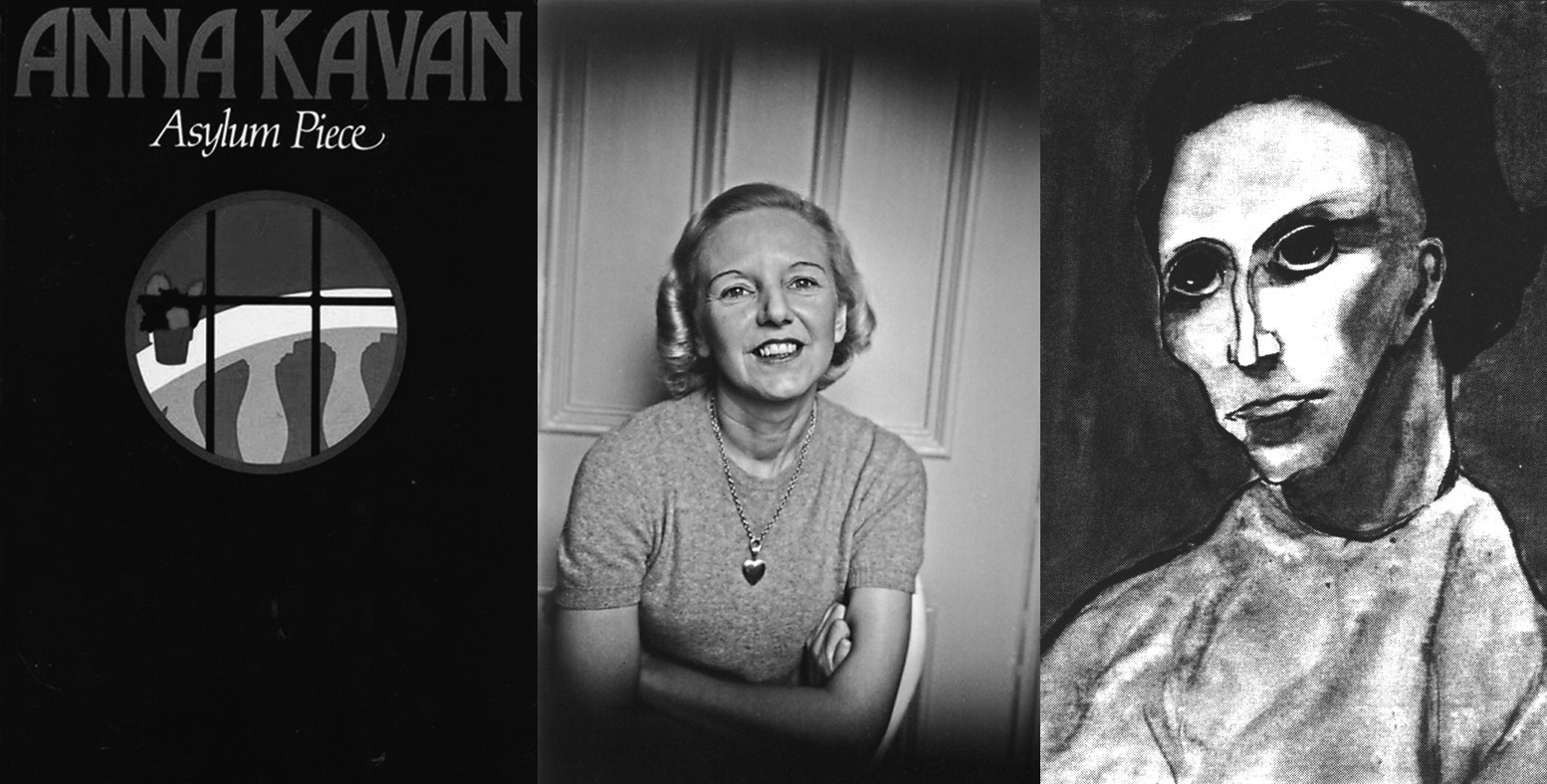 In 1940, the woman who had been called Helen Woods, Helen Ferguson, Helen Edmonds, and had only just begun calling herself Anna Kavan, published a slim collection of short stories entitled Asylum Piece. Her previous six books, published under her married name Helen Ferguson, had been novels. Some had received mild critical appreciation, but none sold well. Though Ferguson’s early novels, in the words of her biographer Jeremy Reed, “subscribe to a conventional use of plot and linear narrative, [they] are none the less harnessed to an undertow in which the fear of madness exploding out of character is a psychological given.” Asylum Piece is what would happen after madness exploded out of the character of Helen Ferguson. Her transition to Anna Kavan is often described as a sharp break, carrying as it does the attendant luggage of divorce, addiction, and mental illness, but a closer look at Asylum Piece reveals a more intricate layering of her personas.

It is these personas for which Kavan is most known today. Heroin addict before it was cool, product of Britain’s disintegrating upper class, a socially distant figure on the margins of London’s publishing circles, adopter of her own character’s name. These identities don’t add up, and the obscurity they present is often more reveled in than Kavan’s books are read. Her last novel (if a career was posthumous as hers can be said to have one) Ice remains her most popular. Its terminal bleakness is occasionally cited by New Wave SF readers and writers (it was one of Ballard’s favorite novels). But it is Asylum Piece, muted, tender, yet well past the point of despair, which reads like nothing whatsoever else, except for maybe its follow-up volume, 1945’s I Am Lazarus.

Locating autobiography in art is always a fraught endeavor, but in Kavan’s case it is even more perilous, as she destroyed many of her letters and all of her diaries, except those from July 1926 to November 1927, a record of “the only time I was ever in love.” She would continue, as her other biographer David Callard put it, to spread “disinformation about the person she had once been and, often about the person she had become,” to the point where she would refuse to reveal her birth date, even on government forms necessary for acquiring the heroin she was addicted to. Further, while Kavan saw doctors and mental health professionals routinely for most of her life, there are no surviving medical records detailing her diagnoses.

Lacking raw material, it is tempting to read too much into Kavan’s fiction for context on her sexuality, paranoia, depression, and relationships. However, even while attempting not to confuse the authorial voice with the actual author, there are sections of Asylum Piece which powerfully echo Kavan’s life.

Three of Asylum Piece’s stories pivot on the abandonment of patients by loved ones, a theme Kavan was well-acquainted with since her youth. She was born in 1901, to two down-at-the-heel members of the English gentry who did not deviate from the standard child-rearing practices of their social class. Kavan was, at the age of six, allowed to spend ten minutes a day with her mother and would later recall her dispatch to boarding school with the phrase, “I was betrayed.” (Asylum Piece’s opening story, “The Birthmark”, begins with the narrator packed off to boarding school.) The death of her father, an apparent suicide, would haunt her from age fourteen. Kavan claimed that her second husband Stuart Edmonds (he whose love engendered the undestroyed diary entries) did not accompany her to the clinic after her breakdown and that, “He never once enquired about me and quite soon abandoned me altogether.”

Asylum Piece is not, however, an attempt to settle accounts. While the husband in “Asylum Piece: 5” has “the indescribably, almost imperceptibly, false look of a person who is outwardly friendly and kind but inwardly barren and self-absorbed,” the mother in “Asylum Piece: 4” and the older husband of “Asylum Piece: 8” are presented far more sympathetically. The older husband is described as such: “Although his nature is cold and inflexible he is not a particularly unkind man, he wishes no ill will to his wife.” In contrast, many of Kavan’s later male characters (“Mr. Dog Head” in Who Are You? and the narrator and husband in Ice) would be grotesques of violence and sexual domination.

Nor is Asylum Piece a call for reform. The collection skips the beats of what we tend to think of now as the traditional psychiatric novel (the clinic as metaphor for society, physical and mental exploitation of the committed). Kavan’s position on mental illness, if there is one, seems to be, to quote the title of the volume’s final story, “There is no End.” Rather, Asylum Piece seems an attempt to construct an uncomfortably intense simulacrum of insanity for those who have yet to experience it.

If Ferguson was known for her fairly conventional “Home Counties novels,” (a term introduced by Rhys Davies referring to many of the novels’ provincial setting), Kavan wrote deeply subjective stories which ease queasily from Kafkaesque bureaucratic-hell fable, to insular emotional surrealism, to an occluded omniscient narration. As Edwin Muir wrote of 1945’s I Am Lazarus, “we do not know the world in which these things are happening”. Where Helen Ferguson wrote only novels (that we know of), Anna Kavan’s initial flush of prose was in the form of short stories. Kavan would later write of Virginia Woolf’s short fiction, “The short story is like a small room in which is concentrated a brilliant light unfavorable to the binding of an elaborate spell.” And, indeed, the spells in Asylum Piece are simple, lacking trickery, but they are cast strongly, and with the weight of great sadness.

The failure of Ferguson’s first detox led to a suicide attempt (at least the second) and the failure of her marriage to Edmonds, which led to what Callard refers to, nebulously, as “some kind of breakdown” and two subsequent detoxes, the final in Zurich. Along the way she received narcosis treatment, a then-in-vogue drug-induced sleep procedure harrowingly described in I Am Lazarus (though not Asylum Piece). From this series of trials emerged Anna Kavan, a functionally different person, even at the physical level. Her old friend Rhys Davies was shocked at her appearance post-Zurich, describing her as a “spectral woman, attenuated of body and face, a former abundance of auburn hair shorn and changed to metallic gold, thinned hands, restless.” While Anna Kavan was a functionally different person, having changed greatly both physically and artistically, she did not sever her strongest ties, with the mother she blamed for her mental instability, with Davies and a few longstanding friends, with heroin, or even with her erstwhile publisher, Jonathan Cape, who would publish Asylum Piece to critical, if not commercial, success.

There is a great continuity between Kavan and Ferguson’s prose as well, one present in the choice of her new name. “Anna Kavan” first appeared in Helen Ferguson’s third novel, Let Me Alone (1930), widely considered to be inspired by Helen Woods’ marriage, at nineteen, to Donald Henry Ferguson, eleven years her senior. The name was created when “Anna-Marie Forrester” married “Matthew Kavan.” As such, Kavan’s adoption of her own autobiographical character’s (married) name signals a reinterpretation (not abandonment)of her former self, with her fiction as a reference point.

In 1963, Kavan would publish a novella entitled Who Are You? which is, essentially, a rewrite of Let Me Alone, the realism replaced with fever-dream imagery. This is not a simple repetition of the base material (the failed marriage in colonial Burma, the controlling husband, isolation) with new emphases and style. In the last twenty pages, Who Are You? doubles itself, retelling the story for a third time in Kavan’s career. The impression created is of a gyre, impossible to exit. As Kate Zambreno has written, “The experience of reading Kavan’s works one after another, in chronological order, is like hearing the same story repeated again and again, recasting familiar situations and characters in tones that grow more nightmarish as the years pass.”

This is especially true for Ice, which is structured as an unending series of repetitions: the narrator seeks the “glass girl”, finds her, wounds her, loses her, seeks again. Featuring nameless characters, desolate psychic landscapes, and emotional and sexual violence, Ice is, perhaps, better read as the terminal point of Kavan’s obsessions, rather than as some kind of entry to her oeuvre.

Two of Asylum Piece’s stories, “Airing a Grievance” and “Just Another Failure”, also repeat familiar themes in a similar way, but not so bluntly as Ice. The first features the nameless narrator seeking to change her “official adviser” from D., whom she can no longer trust for reasons which seem vague even to her. This is Kavan in Kafkaesque fable mode, intuiting that “some secret court must have tried and condemned me, unheard, to this heavy sentence.” The second finds the narrator dealing with a quite different D., a close friend who refuses to advise her as how to handle a delicate martial situation. In both stories, D. refuses to give aid. The narrator’s voice stays the same: her confusion and depression have remained stable, despite the scene shift to something like the real world. Neither story is capable of, or requires, resolution.

After a brief post-wartime success with I Am Lazarus and the subsequent failure of 1948’s “night language” novel Sleep Has His House, Kavan settled into a pattern of regulated heroin use supervised by her doctor. Kavan, it seems, regarded heroin as a necessary weapon against her depression, saying it, “saved my life and kept me from madness.” (It is worth noting that Kavan did not address addiction in Asylum Piece, and would only write directly about heroin toward the end of her life.) She wrote a number of strange, enthralling works which were mostly ignored, and supported herself by running a rather successful house renovation business. She developed a reputation, among the few who knew her, for erratic behavior, and attempted suicide at least one more time. When she died, of heart failure probably related to her addiction, the Scotland Yard Drug Squad found enough heroin stashed away in her house “to kill the whole street.”

While Helen Ferguson fought against her addiction, her instability, and her isolation, Kavan resigned herself to them. This was not a failure, either of moral or of nerve, but rather a decision to devote herself to her own singular perspective, and to make of it a productive life. As Anaïs Nin wrote of Asylum Piece, “the non-rational human beings caught in a web of unreality still struggle to maintain a dialogue with those who cannot understand them. In later books the waking dreams no longer try...” 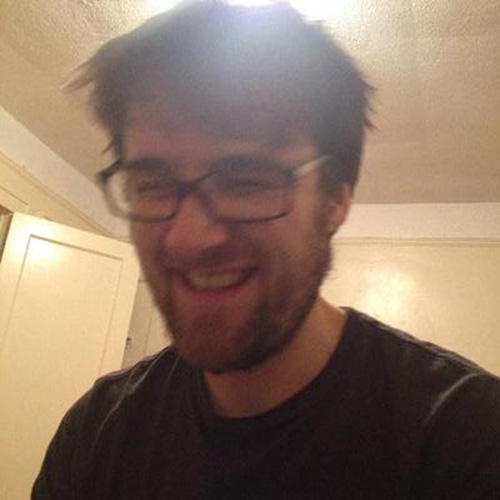