I've Come Here from so Far 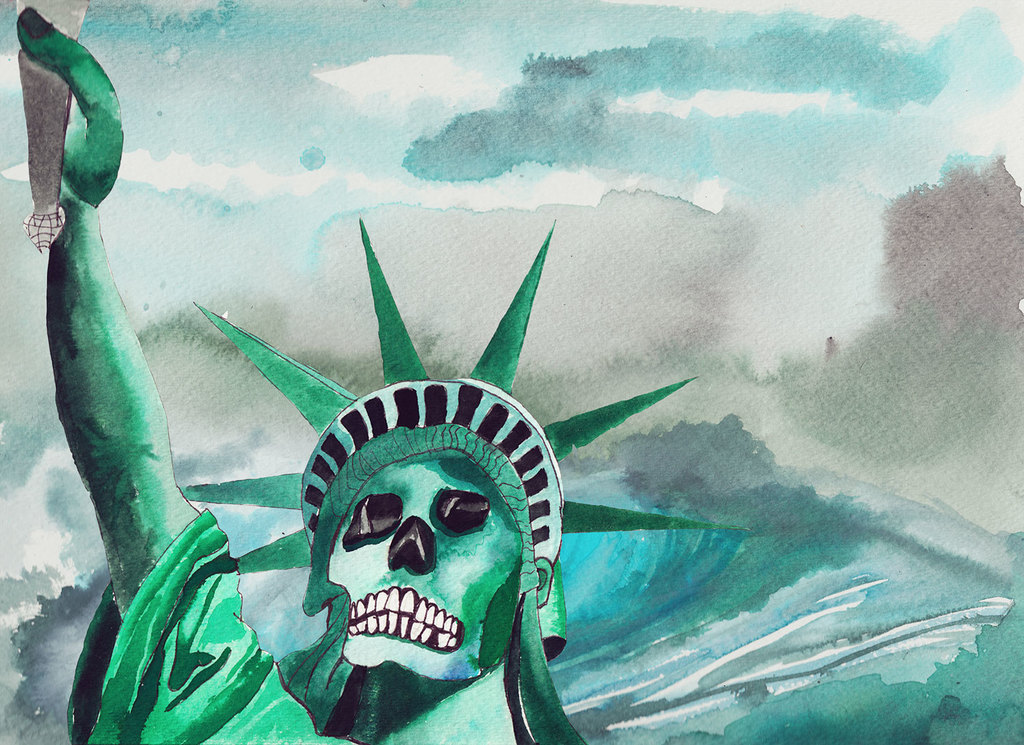 I've Come Here from so Far

At age 10, Rebecca John cried when she learned she would soon receive an American passport, but today, she is reimagining the possibilities of migration without borders

“How removed is the pathos of the stowaway from the rage of the hijacker? The body falling out of the sky is the other and silent half of the story of international travel and tourism. We are reminded that not everyone crosses borders alive, despite the cheerful acceptance of globalization by many governments of the world. Standing near his son’s unmarked grave, a mound of brown earth ringed by stones and covered with a plastic sheet, Mohammed Ayaz’s father said, ‘My son was as strong as four men but he died in search of bread.’”
— Amitava Kumar, Flight from Bombay-London-New York

On the hottest days of summer, the air is misty and tropical and Brooklyn is a ship sailing in stagnant water. Every now and then I have to find a large body of water to be near, feel at at peace and like something is larger than me, can swallow me like it swallows the fallen unsung who leave leave home because home is a perpetual earthquake. The day is hot and cloudy, and the Statue of Liberty poses ironically in the skyline as usual. I sit by the pier in the ugliest spot I could pick – by the cargo crates – because today I didn’t want to romanticize the water, its murmuring waves and haunting rhythm. Haunted with the stories of the 200, 300, 700 migrants, all their joys and pains devoured by the ocean.  There is an army of upright logs in the water for small ships to dock to; this is the small cemetery I sit by. The crates are buoying up and down lazily in the water, creaking ominously while families enjoy the last days of summer eating and playing by the shore.

What more can be said about the drowning bodies of migrants? The Tibetan man I buy honey from at the farmer’s market told me I was lucky to grow up here; I didn’t know what to say to him so I smiled and walked past him into crowd of Brooklynites who should not really be here either. I know that this city is not a sanctuary but a violent tributary, a bloodied battleground of eyes looking straight ahead and unforgiving pavements that bruise a child’s wobbly knee and bow servilely to the boots of policemen, an occupying army.

I don’t want to write about migrants because I didn’t get on that boat. I am writing from the receiving end of a dispatchment from another half of the world, a correspondence that was sent long ago. Some people want to talk about home but all they end up doing is crying disingenuously about how unlucky they are to have the privilege of movement in a world where borders are adjusting to facilitate the movement of capital over people. How unlucky they were to fly over the ocean instead of being devoured by it. We rarely ask, after all, why do people migrate; nor do we ask - how easy was it for them? Did they cross over the currents or did they succumb to them?

I don’t want to write about migrants so instead spend my days at a community center that organizes them. This borough is known as the locus of delicious food in New York City. People love to talk about the best hole-in-the-wall joints they “discovered” but no one ever mentions the grotesque unnaturalness of a place where some of the largest communities of working-class immigrants in the country dwell. Why did they all have to leave home for this concrete colossus? Surely not so they could feed an infestation of gentrifiers. I know there are people here who left home 3 oceans away, trekking up from South America to cross the Mexican Border and make there way to urban centers like New York City, where they are funneled into low-wage, precarious jobs. But surely they have found a better life; the Statue of Liberty stands on ground steadied by these sorts of placating myths.

Some people do not leave home. I will not forget reading about the Indian farmer who committed suicide at a rally opposing a government’s land acquisition bill a few months ago. He left a note, something about wanting to feed his two children. That he was driven out of home after his crops were destroyed, and please tell me how to go home? What is the difference between a migrant and a refugee when you add up the little numbers to do the arithmetic that turns home into a desert and suffocates your family slowly with a poisonous gas called “globalization”?

I have to orient myself because I do not like to speak of things I do not know. I think of the words Amitava Kumar said to his classroom during a lesson on the global/local dichotomy in an age of globalized labor: Where is Indonesia, unless in the sole of your shoe? I live in a country that thinks of itself as a world where every action, every simple purchase, every step towards your own livelihood is predicated on someone else’s death. I remember how one of the things I used to love so much about this city was its subways. The ability to move freely is a luxury, a privilege in this world that is getting “smaller” by imposing claustrophobia on those who don’t represent capital and its interests. The cab drivers here migrate precariously across oceans to drive people around, serving mobility to the highly mobile wealthy-class in this dense concrete grid. They shuttle around people who make business trips to their homelands regularly, but they are barred from transporting their own bodies back home by stern immigration policies that follow rule #1 of globalization – only money travels boundlessly.

An elderly man struggled to find his way to the office the other day – he was sweating when he arrived, asked for a glass of water and noted in his language, It’s so difficult to get here! He came all the way from New Jersey just to get assistance with obtaining an identification card, imploring, “What can you do for me? I’ve come here from so far.”

It is a question that all migrants ask of their destination, met with the silence of a mass grave of mothers on the Mexican border, or the tearful retweeting of a child washed ashore like debris, or a UN debate about legal semantics. Sympathy is a syrupy cloak that obscures the clear and precise demands people like the elderly man looking for an ID card make. I wonder, who isn’t a refugee in a world where a global elite maintains its dominance by creating particular and localized conditions of insecurity, instability, indignity? Why did they all have to leave home? I refuse to reclassify migrants as refugees based on the way the ruling class evaluates their reasons for leaving home.

In the end, all I know is that these boats and bodies are a desperate correspondence sent long ago, foreseen and unstoppable no matter how many ways we invent to control their arrival by erecting fences, borders, surveillance, police, and new legal distinctions on their escape route. These are all simply new ways the powerful are evading culpability. How removed is the pathos of a stowaway from the rage of a hijacker? There is no difference.

I have to orient myself because I do not like to speak of things I do not know, and thinking about migration always brings me back home. My own family’s migration story is one undeniably shaped by larger invisibilized forces. Yet, I know that while my parents were nudged from one continent to the next to the next, others are violently deracinated or pushed into a corner until they are forced to jump, from the sky or into the water. In this country, home was always a thing that was borrowed – stolen from one person, owned by another, and rented out to another. When I was 10 years old, I cried upon learning that our citizenship application had gone through and that I would soon have an “American” passport; I was so resistant to giving up the one thing that marked me an authentic “other," a twisted kind of belonging.

Years later, I came to let go of these normative designators of belonging – to nation, to place, to identity – and grew to understand that the only sort of community that I wanted to belong to was one forged through struggles for justice. I remember sitting in a professor’s office a few years ago, lamenting about diaspora, being unhomed, and feeling alienation wherever I went. She gave me Edward Said’s essay The Politics of Knowledge like it was medicine and ammunition at once to my 10-year-old self: “Marginality and homelessness are not to be gloried in; they are to be brought to an end.”

I sip the end of summer slowly and sometimes when despair about the world feels especially heavy, I want to end everything – the boats, the water, and the sky that witnesses it all. Beneath the despair, however, I know there is a quiet but fierce unwillingness to surrender hope – not by giving gaudy welcomes but by confronting the forces that first catalyze destruction and then deny refuge with unified, unyielding power. All people deserve to have the option to not only to leave home, but also to remain there, and to reimagine its possibilities without constriction. 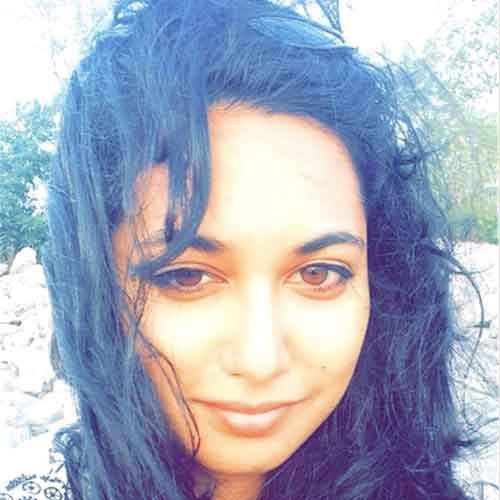 Rebecca John lives in Brooklyn, where she spends a lot of time walking to the waterfront and writing just about anywhere. Depending on the day, this world makes her feel tired, livid, and hopeful.