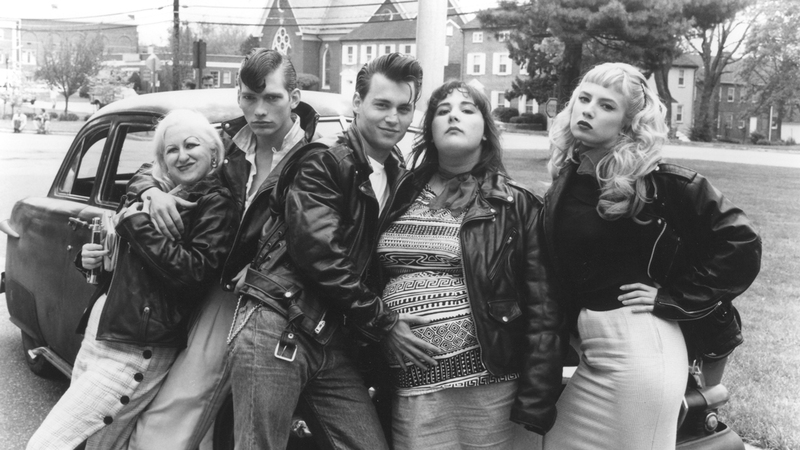 Growing up isolated on the main island of a tiny country made up of three, far away from the rest of the world, it was easy to crave escape from the conformity of small city life. Interesting characters were few and far between; luckily I grew up with two of them, but I was always greedy to meet more. The glitzy, grimey, cabaret of the theater world I inhabited was at odds with the charming mundanity of small town New Zealand life, and when I wasn’t swept up in my parents’ latest projects, I was searching for that same feeling of excitement elsewhere.

As an adolescent, that meant wearing lime green miniskirts over bootcut jeans, getting drunk on ‘rocket fuel’ (a vile concoction of whatever was in your parents’ liquor cabinets; since mine did not drink much I was forced to ask for handouts) and watching movies my classmates hadn’t heard of with my worldly older friends. Forging an identity through film, costume, and attitude felt like the right way to go. Afraid of being bullied if I came off as “too different” but also not wanting to fit in, my escape from the school uniform was to don costumes from mum’s dress-up box after class. There were plenty of full skirts, polka dots, stretchy elastic belts, and square-shouldered blazers to recreate the core cast of any campy 50s musical. Friends loved to come by before Halloween, school discos, anything that required a dress-up. During those times, I felt a little less weird about my untraditional upbringing and could see the benefits of having artistic parents with expansive imaginations and boundless curiosity for everything that existed outside of the mainstream, instead of being embarrassed by them as I usually was.

When my parents went on tour, I would be pawned off to one of their various friends from the theater, art, music, literary and/or political scenes they circulated in. I didn’t mind at the time. As an only child, the children born of their ragtag crew were the closest I got to having siblings. I always wanted an older sister, a cool older sister who’d teach me the ways of the world and pick up the slack where my mum left off. For example, my cool mum was the pro-lipstick but anti-leg shaving kind of feminist and I longed for an older sister to show me how to hold the razor. Toya – the daughter of the ex-girlfriend of a musician who had performed with my parents’ theater company a few times – filled this role perfectly. She swore, smoked, blew bubbles, wore overalls, had half her head shaved and said things like, “I’m so over my mum’s latest dyke drama” and “I can’t believe her bitch ex-girlfriend would bring her new lover to our party.” I wanted overalls and shaved bits in my hair. I wanted a mum who was having dyke drama with her bitch ex-girlfriend.

She also had the greatest taste in movies, and introduced me to many of my teenage favs including The Doom Generation, Dazed and Confused and John Waters’ cult musical Cry-Baby. Many years before Johnny Depp entered the collective consciousness as a man to be avoided, he was Wade Walker, the sweet-faced young hoodlum heading a gang of poverty-stricken misfits whose criminality was determined by birth status long before action. Of course there’s a love story, but as Toya thumbed her nose when the basic rich-girl-turned-bad-gal freaked out over a bit of tongue in her mouth, I too found other corners of the 85-minute romp more engaging. Don’t get me wrong, Amy Locane as Allison looked great in her high-waist harem pants and olive halter top, but the swiftness at which she was willing to abandon her well-intentioned but misunderstood bad boy beau always rubbed me the wrong way. I didn’t have time for rich girl tears when Wade’s sister Pepper (Ricki Lake) was fighting buzzcuts while pregnant, adult actress Traci Lords as Wanda was sucking up lollipops and throwing shady looks at squares not to mention Mona, embodied by the inimitable Kim McGuire (rest in power), stealing a helicopter to rescue her jailed gang leader.

Come to think of it, the unfairness of a group of poor teenagers from broken homes being locked up for defending themselves during a brawl started by the local rich kids, might have been one of my early indicators that the justice system was misnamed. The film afforded a heady dose of escapism but also an introduction to many ideas that helped shape my thinking about costume, choreography, class, and concepts of criminality attached to identity rather than action. Above all, it introduced me to the appeal of camp. For a time, I watched the film at least once a week and forced many of my peers to sit through it. Yes, I was that annoying person who had learned all the dialog by heart and wasn’t afraid to speak alongside the wonderfully squalid cast of actors.

John Waters, the director of this life-altering masterpiece, and I seem to have had some commonalities growing up. Or at least, we were both in search of kinks, and kitschiness outside of our rather drab, fairly conservative working-class context. An essay that serves as a travel guide to Waters’ hometown of Baltimore begins with the incredibly illuminating sentence, “As a kid I explored the sewers of Baltimore.” A man unafraid to look to the least likely spaces for entertainment and adventure is a man after my own heart. My love for this oddball with a sick sense of humor is widely known and I was gifted his book of essays on his favorite and incredibly diverse cultural icons, Role Models, last Christmas. To understand Waters’ fascination and deft ability with costuming, it pays to read his hysterical fangirl account of his love for Rei Kawakubo, head designer of avant-garde Japanese fashion house, Comme des Garçons.

It came as no surprise to me that as lovers of the off the beaten track, Waters and I would share a fandom of Kawakubo’s inventive and unapologetic vision for her designs. His advice to young fashion-inclined outcasts is very similar to what my mother would tell me whenever I grumbled about never being able to afford the avant-garde Comme des Garçons creations that jutted out at odd angles from the otherwise extremely glamorous models in Vogue: “You don’t need fashion designers when you are young. ... Buy the cheapest thing in your local thrift shop. ... Get on the fashion nerves of your peers not your parents.” He says. His love of Kawakubo’s designs is that they are the haute-version of this, a disruption to the mundane thinking of clothing as necessary object and cause offense at the highest ranks. He takes great pleasure in Vogue awarding “The ugliest dress of the year” to Kawakubo’s bump dress. He prides himself on the judgemental stares he receives when wandering around Baltimore in search of kicks dressed in his blue “semen-like”-patterned Comme des Garçons jacket or pointy-toe gold and copper boots. His delight in her defiance of the norm sparkles across every page: “Odeur 53, Rei Kawakubo’s scent that to me smells exactly like Off! insect repellant. ... [She] refuses to acknowledge the seasons, often showing air-suffocating polyester or wool for summer.” Reading this essay instilled in me the same sense of childlike joy at the prospect of a sort of decadent, luxurious, impossibly chic rebellion I got from watching Cry-Baby all those years ago.

A few weeks ago, I went to the Comme des Garçons retrospective at the Metropolitan Museum of Art. Admittedly, it is an easier task to search for kicks in a town as sprawling and diverse as New York than Wellington, or seemingly Baltimore, and yet there was a stark contrast between the conformity of dress on the one side of the exhibition barrier and the theatricality and impracticality of what was on display. I confess, I fell in love with almost every garment for its radical sense of possibility and impudence. For a moment, caught in between billowy piles of gauze and chiffon shaped into some of the most impractical garments you could ever think to wear, I felt a sense of radical glee at the distance the human imagination is capable of stretching. I was reminded of how my mother would not balk at any challenge posed to creating a unique and revolutionary aesthetic on an incredibly limited budget. I thought about how clothing being reduced to function is not a universally considered truth. I experienced what is an odd moment of hope nowadays. If Rei Kawakubo can clothe us in unclothes, it feels like anything is possible.