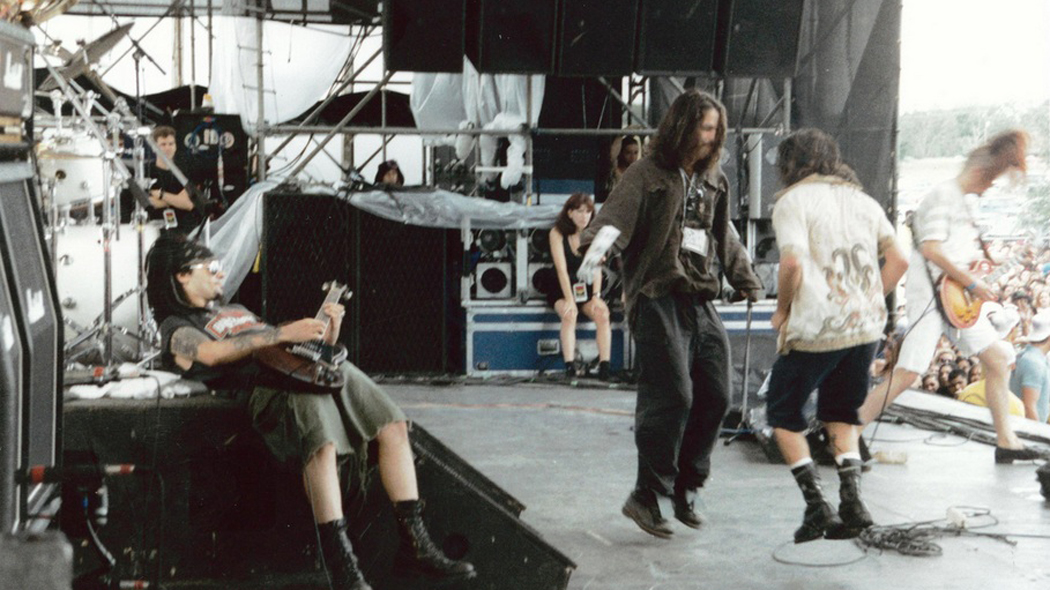 Honoring Soundgarden singer Chris Cornell’s death, Tamryn Spruill remembers a moment they shared at Lollapalooza in 1992, and the many times his lyrics saved her life.

It was 1992. He wore flannel, of course. Some non-descript color pattern, like gray or brown.

We were waiting for Pearl Jam to take the stage and Cody leaned in and whispered into my ear, “Do you know who that is? Behind us?”

The whisper let me know I should be casual about turning around. So, I waited a beat, and then glanced over my right shoulder. I shot a knowing look to Cody, and tried to play it cool. But, on the inside, I screamed: “Oh my God! It’s Chris Cornell!”

Cody thought so, and I did too. We had just seen him perform on the Lollapalooza stage, a daytime set that gave us a good look at him. Of course, we also had seen him a million times in videos. Cody was more into the Red Hot Chili Peppers, but I would stay up late to watch MTV’s 120 Minutes because that was my best chance to see a Soundgarden video.

Although I had just completed my freshman year of college, my parents had forbidden me to go to the concert. So, like any high school orchestra geek entering a belated teenage rebellion, I used the money I’d been saving at my summer daycare job to buy tickets a week before the show. Appropriately, a grunge show was my first act of teenage rebellion.

Maybe it was the music that corrupted me.

As excited as I had been for the show, I found it strange to rock out under the bright sun of daylight. Everyone could see everyone else, which made me self-conscious. A daytime show felt weirder than the things I’d seen earlier in the day under the Jim Rose Circus tent, including the guy in khaki shorts with a beer in his hand who puked all over himself upon seeing a man lifting weights using rings looped through his nipples. Instead of going totally nuts during the Soundgarden set as I had a million times before, in my bedroom at home, to my parents’ great displeasure, I settled on a strong head shake.

Cody and I didn’t have the best seats, but we were close enough for me to notice his wavy dark hair, partially glued to his face with sweat. It was a sweltering, humid summer day in Charlotte, North Carolina, but he kept the flannel shirt on throughout the set.

I needed to get another look. I’d already decided I wouldn’t do something uncool, like ask for his autograph, or totally lame, like request a hug, because it was clear from first glance that he wanted to blend in with the crowd to enjoy the Pearl Jam set like everyone else. Had he not been right behind us, I never would’ve noticed it was him. A sea of shaggy hair, flannel shirts, and Doc Martins provided him with the perfect camouflage.

I, however, stuck out like a sore thumb. Black kids who were into grunge did not exist – at least not in the Deep South. I wore my requisite Docs but scrapped the flannel because it was too fucking hot; instead, I wore a funky, sleeveless dress I’d purchased for two dollars at a thrift store. My hair got frizzy from the humidity, but my bangs looked cool. Still, the fact could not be denied: I was a black grunge kid in the Deep South: a misfit, even at a grunge show. Weirder than the Jim Rose freaks.

The sun was starting to set and the lights would soon go down before Eddie Vedder, Stone Gossard, and Mike McCready took the Lollapalooza stage, so I needed get my second glance in immediately. If I was going to try to impress people with tales of enjoying a Pearl Jam set with Chris Cornell, I needed to first be sure it was him. Sure, that was a stretch. But what else could be expected of an awkward teenager who didn’t fit in anywhere?

First, I took a sip of the beer I should not have been able to buy. Next, I casually examined the audience behind me, starting with the unfortunate souls relegated to the lawn area high above.

I pushed my sunglasses onto my head and furrowed my brow, pretending to search for someone in the sea of white faces and flannel. After a short while,  I lowered my gaze towards the man I was hoping to be Chris Cornell. My brown eyes met his bluish-greenish ones. I smiled, and he raised his eyebrows and nodded in a non-asshole way: simple acknowledgment that he was who I thought he was. The corners of his mouth bent upward into a covert, semi-smile. I repaid him by keeping his secret, by not reacting to his presence.

When Chris Cornell screamed, I’m gonna to break my rusty cage and run atop thrashing Kim Thayil guitar riffs, I wasn’t a misfit. I wasn’t a freak, but a person. And Chris Cornell’s head nod and grin, during the one and only time we shared physical space, served as confirmation that I would be okay.

But I wasn’t okay, and never again would be.

It happened on a summer night. I’d had a severe asthma attack and my mother drove me to the emergency room for care. I waited to see the doctor on a gurney in an examination area, seemingly forever, struggling to take in a deep breath. At some point, my mother stepped out for a bit, perhaps to find a bathroom or slip outside for a cigarette. She seemed to stay gone forever.

A man wearing green scrubs yanked the heavy curtain open, entered, and closed it behind him. At age ten, I didn’t realize men could be nurses. But this guy stuck a thermometer under my tongue and wrote something on a paper chart, so I assumed him to be one. Then, he casually untied the hospital gown I’d been told to tie in the front and slipped his hand inside.

I did not scream.

He did other things and, still, I didn’t scream or punch or kick. My limbs had become too heavy to lift and, apparently, my voice had vanished.

I stared at the ceiling, directly into the blue-tinged fluorescent light. I looked at it until stars were shooting out of it. And while the first male nurse I’d ever encountered assaulted my body, I drifted out of it and joined the stars and the light. From up there, I watched everything he did to me. Only it wasn’t me I was watching, but a corpse strongly resembling me.

After the assault, I found myself looking at the backyard from an upstairs window, praying for a fairy godmother or Daddy Warbucks to take me away – a long, lost wealthy uncle who would appear and usher me into a totally different life. How my ten-year-old brain conjured the notion that money would cure the effects of sexual assault, I have no idea.

A mysterious rich uncle never appeared, so I carried on with my life as if nothing had happened. My chief coping mechanism was to act normal, so I did things like go to concerts with a friend. If I never thought about it, if I did what everyone else did, maybe I could convince myself that it hadn’t happened at all, which would actually make me normal rather than pretend-normal. But I thought about suicide almost every day, a sign that turning pretend-normal into real-normal was impossible, and that pretend-normal really could not be sustained.

I was unraveling but no one seemed to notice. Occasionally, I’d mention wanting to die to my mother, who would tell me suicide is a sin that would condemn me to eternal damnation, fiery hell, and so forth. So I did my best to keep my messy insides from leaking out.

It was no easy task.

So, when Badmotorfinger came into my life, it was Chris Cornell’s screaming that drew me in. I’d spent every day since the assault hating myself for not screaming, reliving it over and over, imagining how things might have been different if I had been able to make a sound. It was an ongoing inner self-flogging that kept me in a state of despair. But Cornell’s scream-singing brought me out of it.

He yelled, who gets mystified, on “Outshined,” and I screamed it right back – inwardly. He shrieked, And good strives for heartache / Marked for the death ritual, ritual, ritual, on “Birth Ritual,” from the soundtrack to the movie Singles, and I was right there, scream-singing inside.

Cornell’s lyrics in the Soundgarden days were filled with rage and violence, too, which I clung to like stuffed animals. There was no room for girls to be angry in the conservative, Southern society in which I was raised. It would have been unacceptable for me to punch a wall or break things due to boiling anger at a man whose name I did not know but whose face I never would forget.

The violence in Cornell’s lyrics was something I understood. His words helped me keep my rage in check. Instead of smashing every dish in the house, I’d listen to Badmotorfinger on repeat, with lyrics, like Hits like a Phillip’s head into my brain, from “Rusty Cage,” and Now I'm into plastics/Now I've made a mask/It looks like fish heads/But I don't feel like feeling, from “Face Pollution,” and I was crying from my eye teeth and/Bleeding from my soul/And I sharpened my wits on a dead man's skull/I built an elevator from his bones, from “Mind Riot.”

Badmotorfinger provided a portal for my rage and an opposition to my silence. Cornell’s scream-singing atop Kim Thayil’s thrashing guitar riffs provided me with a sonic language that kept me going until I found words of my own, years later, through which to express my ruin.

Cornell’s voice was many things: strong, beautiful, vast. His songwriting was masterful. But since his death, I have been unable to listen to a single song because to do so would confirm in a more profound way that he really is gone. A year removed from Prince’s death, “Raspberry Beret” blaring in the grocery store a few weeks ago brought me to tears.

I have been going over Cornell’s lyrics in my head, paying special attention, now, to the many songs that allude to suicide. As someone who has battled suicidal urges for years, I can only fathom that these lyrics never stood out to me before as shocking because they were familiar. An English-speaking person in an English-speaking country does not take special notice of someone speaking English.

So, until the day comes when I can once again hear his voice, I will continue to recite Chris Cornell’s lyrics in my head, like poetry. 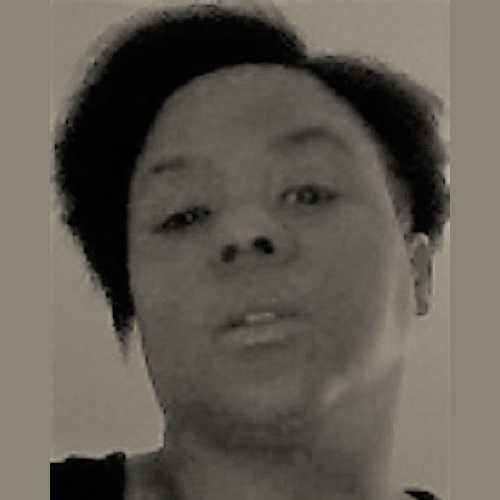 Tamryn Spruill is a writer living in Los Angeles. Her work has appeared in Teen Vogue, Golden State of Mind and other publications. She is founder/editor at Robocup Press and teaches college English, literature and creative writing.