My Butt, My Rules

Losing My Desire SSRIs can cause you to lose your sex drive, but that’s not necessarily a bad thing.

On Cheating When anonymous fell in love with the guitarist of her boyfriend’s favorite band, it didn’t feel like cheating. 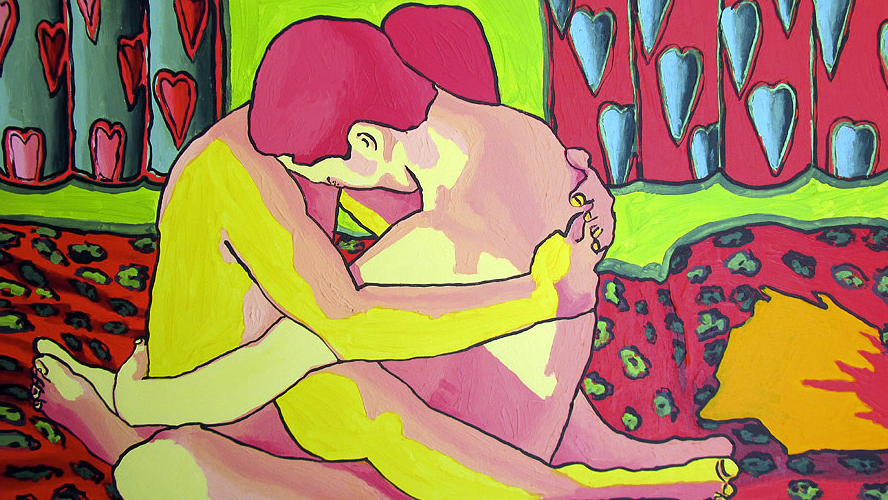 My Butt, My Rules

The first time I had sex, I felt truly connected to my radical femme ancestors. I felt my smooth body a prize and blessing, something I was allowing someone else to enjoy. I felt myself worthy of receiving exactly what I wanted without immediate reciprocation. Most of all, I felt free.

This beautiful moment went down in a cheap motel because no one would let my long-distance boyfriend stay with us. The room was all gray, white, and navy – boring. It was also very quiet. Despite the uninspiring decor, I assumed sex was going to be happening, considering we’d be together in a small room for 24 hours. It certainly didn’t hurt that we’d been sneaking kisses and touches throughout the day we’d spent with family and now had the overwhelming thrill of being alone. It didn’t take long for us to get started. As my more experienced boyfriend started taking my clothes off, I looked him in the face and said, “I don’t wanna do anal.”

That was about the only time – barring my current partner – I dared to be honest about my sexual dos and don'ts, which is funny considering it was the first. Since then, I learned that it’s incredibly hard to feel sexually autonomous in a world wherein all my feminine role models (aside from Buffy) were sexually passive or innocently non-sexual altogether. All around me, both heteronormative and homonormative society signaled that my femininity made me weak, made me passive, made me something to be used and consumed. For example, it was always assumed that I was a bottom, or as some people put it, a gutter butt. I never knew why, since I’d never consistently bottomed in my life. In fact, I hate bottoming. I can't stand the pain. But because I was feminine, the world called me a bottom, told me I couldn't be a legitimate top.

Despite my worries and fears, seventeen-year-old me thought they could make it work and be a “good bottom.” I started small and by that I mean my first partner was small. It surprised me given how tall he was and how much bigger, physically, he was than me. I figured it’d be a piece of cake taking him in, even though my body expressed no desire to do so. I just wanted to get it done; at the time, that’s what I thought sex had to be for me. It turned out to be anything but easy. I winced every time it went in even a tiny bit. He kept telling me to relax, but something about a hard thing going up my butt made my body not want to relax.

After that first miserable attempt, we tried a few more times with little success. I managed to keep these attempts relatively far apart as I’d push away my partner’s advances or make an excuse for why I didn’t want to have sex.

At some point, we  agreed that he would bottom for me if I would then bottom afterwards. I hadn’t been so bold as to suggest it myself because I didn’t even realize that me topping him was an option. Whether he truly wanted to bottom for me and couldn’t find the words, or whether he really just wanted to be the first person to break me in, I’ll never know, but an arrangement was made.

At first, I slipped the condom on the wrong way. I only knew this because my partner pointed it out and actually had to fix it for me. I took a deep breath, leaned forward and pressed into his butt, completely missing the hole. After some awkward navigation, he finally got me where I needed to be. It was lower than I thought it would be. I wondered if all people’s buttholes were so low. I slowly began to push in. Little by little I inched in until: TIME SLOWED DOWN, THE AIR BECAME CRISPER, ALL WAS GOOD IN THE WORLD, AND THE HEAVENS THEMSELVES SANG.

Meanwhile, in the real world, I didn’t last very long because I’d never felt that way before and it blew me away. Surprisingly, I think he came too, which made me feel sexier than I’d ever felt before. I wanted to do it again, but my refractory period hit hard. I knew that the only way I could get it again was if I somehow made another arrangement.

But it wouldn’t happen again. Not with him. He’d tease me about it and would deny having ever enjoyed me topping him. I’d bottom for him a few more times, mostly to make him love me, but eventually I stopped caring and we split up. I realized, afterwards, that I had painful difficulty even with a small penis, and that anything bigger would be impossible for me. I knew I had to find ways to get out of bottoming, but I still used my perceived bottom-ness to my advantage on dating apps and sites.

My second boyfriend was hot, really hot. He was bisexual, so my inexperienced, low-key homonormative self, assumed that he was used to slamming, not getting slammed. Needless to say, I was intimidated. I really liked him and I wanted him to like me.

My favorite thing was kissing him. I loved that. We avoided anal or any discussions about it for a while, mostly sticking to oral and handjobs. But, finally, we talked about it. I admitted I’d done it before and decided not to be honest about my preference for topping, because I didn’t want him to laugh at me. He even offered it to me later in the relationship, but I politely turned it down. All I could think about was my first boyfriend teasing me, saying he didn’t enjoy it. I didn’t want to disappoint my new boyfriend, so instead I did something that would, ultimately, disappoint him.

He never topped me in our half-year relationship, and I didn’t top him, either. It may have been because he was never really interested in me anyways, and mostly just wanted someone around. Or it could’ve been because I wasn’t being honest about my needs and the sex between us was, as a result, tense and uncomfortable. The last time we had sex I remember trying to give him a handjob in the dark for like fifteen minutes. I kept reapplying lotion when my hand and his dick got drier. All I could hear was the schlick of the lotion and the sad silence between us. Tears rolled down my eyes as I sat there, knowing nothing was going to happen. This wasn’t what I wanted and I knew it, but I wasn’t brave enough to ask for what I really wanted. He made up some lie about it being hard for him to finish and we went to sleep and pretended it never happened.

After my second boyfriend, I didn’t date anyone for a while. I was never sexually promiscuous, mostly because of my social anxiety and sexual obstacles. I met someone at a pride event in York, PA when I was about 22 years old, and we had sex the second night I met him. He was a punk hottie who rimmed me, my first time, until my body trembled. In the back of my mind, I was afraid, afraid that he was only doing this because he wanted to have me. He whipped his clothes off and when I saw his cock my asshole locked up quick. He was big! And long!

As he started getting ready to top, my mind raced, wondering what this person who was basically a stranger to me was going to think of this little twink boy who wouldn’t bottom for him after a phenomenol rim job. I wanted him to like me but my body was terrified of the pain, terrified of bleeding, or losing control and making a disgusting mess. In my panic, I said the first thing that came to mind, which left my lips in a fast, sudden, awkward breath, “I really want to top you.”

I said it, shocking myself, anxiously wondering how I was going to get home if he refused to drive me. But, as if the universe was looking out for specifically me that night, he agreed, and was down on the bed quickly. I eagerly switched positions and had one of my greatest sexual experiences of all time with a real-life, simultaneous orgasm.

As hot as it was, the fling didn’t last. I spent a lot of time alone after that, avoided men, and let myself fall back to the (platonically) loving women in my life, with whom I was always safe. Now, a 25-year-old, I still don’t really know how sex is supposed to work. I still feel like I’m not “man enough” to top because from TV to porn, it’s always big, masculine, muscular guys doing the fucking. I know, deep down, that sex is sex, and that I can be whatever I want as long as my partner is consenting. Still, it’s hard to be brave.

What I’ve learned through all of this is that queer sex is complicated, not because it’s queer, but because sex is complicated. It took me a long time to learn that there’s nothing shameful about bottoming – regardless of whether I personally enjoy it or not. Honestly, though, I’m still a major work in progress. I’m in the healthiest and most tender sexual relationship of my life and even still I can feel either unworthy of topping or a complete joke when I do it. But I’ve learned to make some things about sex a little less complicated. When you boil away all the social and emotional components of sex, one thing is comforting and clear: sex is sex, nothing more. My asshole, my rules. 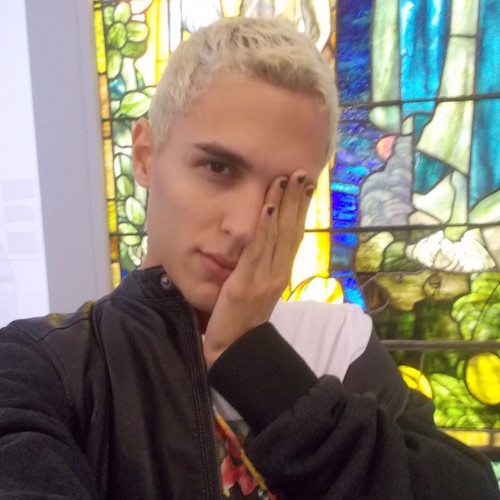 Jayson Flores is the founder and editor of The Billions Unheard, Aries/Taurus cusp, bigender, Latinx, vegan, femme person, and the biggest Buffy fan you know. Now writing for Bustle, serving as an assistant editor and columnist at The Rumpus, and freelancing for The Dodo. Passionate, deeply feeling, sometimes angry, mostly emotional.