Dry Season What to do when your romantic life is in a rebuilding year.

Six strategies for staying sober Fetty Wap and Kc Itohan have some quick insights on keeping away from booze. 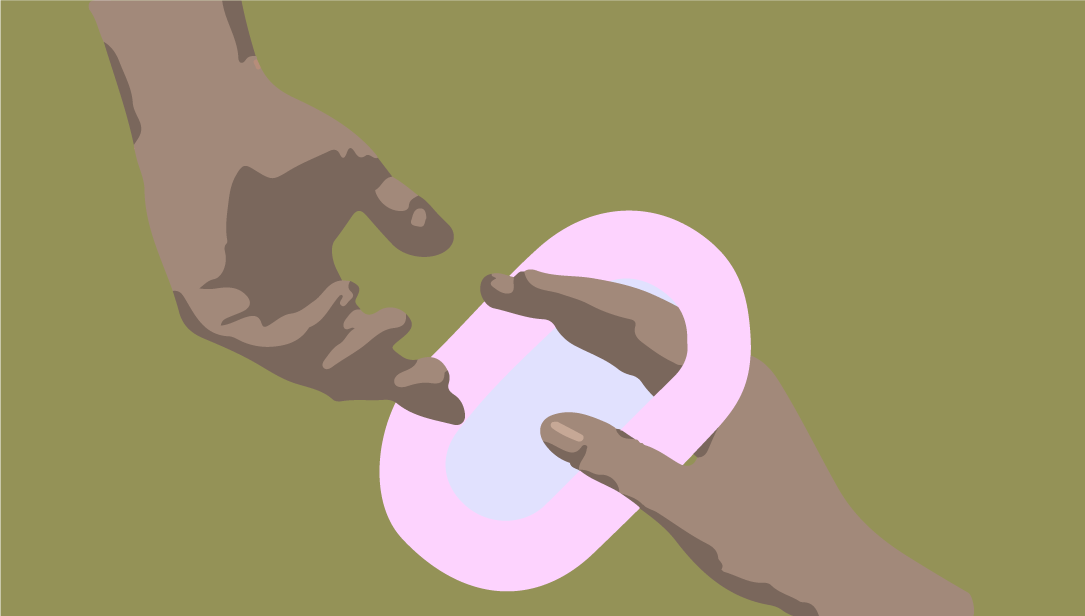 A couple years ago I went out with a guy I met off OkCupid. After a few dates of hand holding and listening to mundane monologues about his time at MIT, he invited me to his apartment, and for some reason I agreed. I didn’t think of it as anything more than, maybe we’ll continue talking and make out for hours, until he tried to take off my bra and I stop him. I told him I’m a virgin. I told him that I am under the asexual umbrella, and I told him that I am not ready to have sex with him. He looked like he might cry. I found that kind of amusing, he walked me to the metro station, holding my hand the whole way, but when we got there he told me he just wants something casual. I was okay with that, and we never saw each other again.

It wasn’t the first time that I’ve been told by my friends that I am lucky because of my indifference towards sex, because I am not making the same mistakes that commonly happen just by being a sexually active woman in this world. Honestly, sometimes I wish I could make those mistakes, but anytime I’ve tried, I’m just reminded of the anxious feeling in the back of my throat I get after anyone reaches for the parts of me I’m not ready to share. The parts of me I feel like I can’t share. I am just left feeling like a flaw.

Living in a culture that has made it as easy to have sex as it is it to now order your favorite curry straight to your house, one that at times makes you feel like it’s mandatory to have sex to be happy or in complete control of yourself, can be terrifying when you’re asexual. This culture of compulsive sexuality has me fearful of intimacy altogether. I can never assume that someone actually wants to get to know me, and have to battle feelings that they probably want to get to know my lips, my thighs, and all that hides in between. I go out with friends to bars, not to meet people I might sleep with, but to go out with friends to bars. I go out dancing to dance, to actually have a peaceful moment where the music and my friends are all that matter, and to just let go of all my inhibited fears. I go on dates to rant and overestimate mental attraction in hopes that maybe this guy will want more than just one crazy night with one crazy girl.

Despite being ace, I do have preferences. Aesthetic preferences. Because even though I don’t want to fuck you, I can see you have a nice face and I will look at how those pants fit. I can see you have a nice face, a face that not only looks attractive, but kind. I am attracted more to the ideas of what someone could be and what someone can say. I go on dates hoping to actually get to know everything about a person. I’ve never been one to understand those Rules of Dating. The kind that say that you shouldn’t overshare or talk about your mental illnesses or anything that actually is part of the deeper not superficial you. I want to get to know you, I want to talk for hours, I want to hold hands, and make out, but I don't want to fuck you. At least not yet and maybe not ever.

As a user of Okcupid and Tinder on and off since I was nineteen, I’m always hoping for something more. Sometimes while swiping left on Tinder, I hope someone will actually make me realize I do want to have sex. Like this one time, there was one guy with bright blue eyes, a great dark head of hair, who sexted me about bacon that did do something to my in-betweens, but it felt more like I was playing along. As though, I was trying to play along with a role of someone who is actually actively interested in sex. We ended up never meeting up, because I kept cancelling. I kept cancelling to the point that I blocked him on everything from Tinder to Snapchat to Twitter.

I use Tinder as a social experiment.

When I try it out, I get less matches when I write “asexual” anywhere on my profile, which is fine, especially if I want to weed out the guys that really want sex. Sometimes there are the guys that don't understand what asexuality is or don't read profiles at all. They tend to be the ones that just send the common “I want to fuck you” message or the obscure “I want to suck nutella of your toes”, which leads me to respond “I rather fuck myself” or to just unmatch all together. When I want that quick attention, I take out the “asexual" because all I need in that moment is affirmation, to know that I'm wanted. The chat function is part is the difficult party. Sometimes, there will be decent conversationalists, a person who connects with me without bringing up sex, but I withdrawal from the conversation the moment I remember what Tinder is all about (it’s about sex, right?)

On those nights where my anxieties kick in, I don’t want to let meds put me to sleep, and I’m left awake until dawn just debating my sexuality. Maybe I just have a fear of intimacy, maybe this has to do more with my mental state than my sexual orientation? Are the moments when I am actually interested in sex, some sort manic disposition? Am I just sexually anxious or “frigid”? Yes, sexually I am a prude, but I am not disgusted by sex. I am more unaffected. Am I disgusted by sex? I’m not disgusted by the human body. I went to Art School, I would have failed out if I was disgusted by nudity. Maybe this is all some sort of mental shield I’ve created for myself subconsciously? I can be avoidant, but still, my emotional relationships have always been important. I have always been the type to value friendship more than anything, but sometimes I’d rather be alone. Sometimes it feels like I’ve grown accustomed to being alone.

Maybe it’s part of some vague misunderstanding with how I grew up? I was raised in a world that on one side told me that in my teens and early twenties I was supposed to be hyper-sexual and on the other side, I had my overtly Catholic family of Mexican immigrants telling me I was supposed to be a virgin until the day I died or got married. The first time I tried to come out to my parents about my asexuality, the only thing they had to say was, “Good, don’t have sex.” A year later, during SF Pride, I was trying to talk about sexuality with my niece who had recently turned thirteen, I brought up how I define mostly as demisexual and before I got a chance to explain, my mother yelped. She started ranting and going on about how I was crazy, “how can you not like boys?” She didn’t let me explain how it was much more than just not liking boys. The last time, my mother actually sat down beside me and let me explain. She sat down, let me read her a poem, and told me in Spanish, “being a virgin or not sexual is more common than people want to admit. By sharing, you are just helping people feel less alone.” After that, I stopped talking about my sexuality with my father. With him lies a much deeper machismo, that no matter how many times I try to break it, it only ends up breaking me.

No one knows how many times people have told me that I just haven't met the right guy or that my relationships never work because I don't want to have sex. No one knows how many people have asked me if maybe I just am a lesbian, well no but I do feel more romantically fluid. I feel like every part of me is fluid, except my sexuality. Yes, there's days out of every few months that I do have some sexual urges, but my vibrator usually takes care of that. I'm not sexually frustrated, I'm frustrated at my sexuality.

I've learned to put the energy that would be used to hate myself for not wanting to have sex, toward something more effective, becoming a vague misunderstanding of a person. I go out, smile at everyone who doesn't seem like a risk, become the grandma of the group, and the crazy aunt. I’ll be the one at the show making all her friends dance along to her favorite song, while always carrying a variety of candy, condoms, and pepper spray in her bag. When I go out, I don't focus on cute strangers, I focus on the cute people that are my friends. I've focused more time on overcoming my mental illnesses or at least coming to terms with them. I've learned to just make jokes about crying to guys on Tinder, and see how they react. A lot of guys don't like talking about crying. I've given up on trying to find a cure and learned to take control of my sexuality by accepting that intimate relationships are not as simple as I was raised to believe, and that they can be black, white, and muddy. 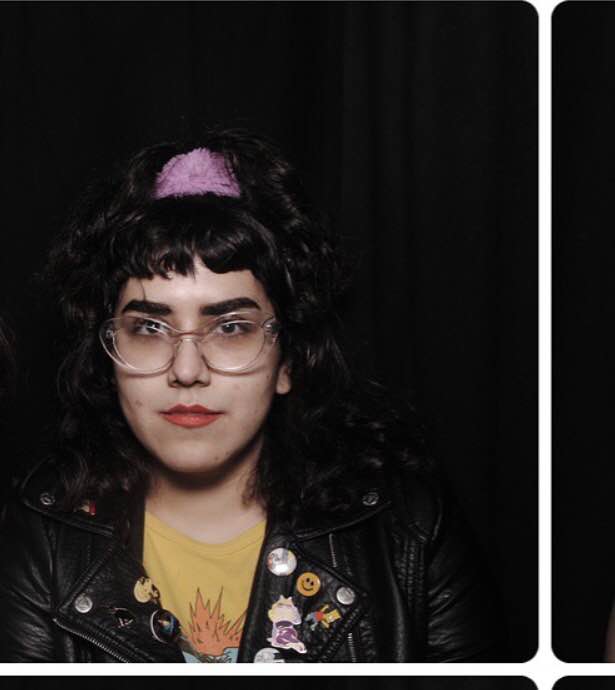 Erika Delgado is a Xicana and writer based out of the SF Bay Area. She spends too much time avoiding her problems and writing about music she's obsessed with. She also is a poet and creative writer.