Three artists you should know: Alberto Hernández, Ro Garrido, Annie Mok share their style icons and how they deal with winter blues.

Step 1: Start Stewing How to break up when you’re terrible at breaking up 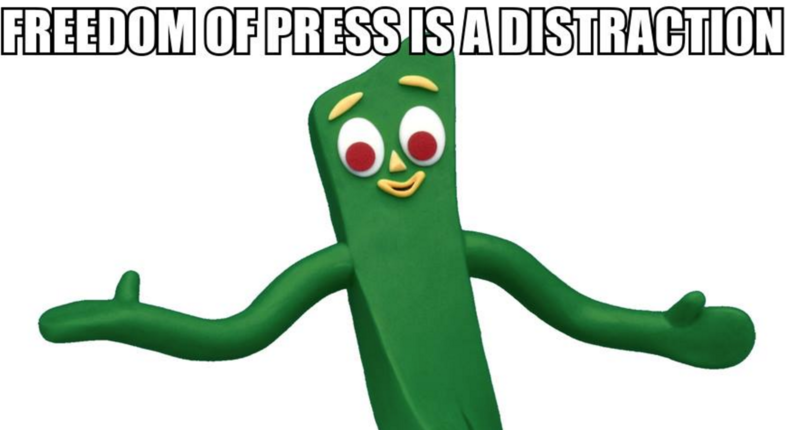 Image via Childrens characters advocating the slaughter of the bourgeoisie

4chan and Reddit memes have been making their way into the mainstream for a decade now, and Facebook is following suit. It's hard to deny the increasing influence of image-based humor and its endless digital variations on both the mainstream and the margins. I sure as hell don’t know what to do about The Coming Memesurrection, but here are a few possible forms it will take:

Communism will lose. While communist meme pages have been among the most successful political derivatives of the compulsion to produce viral, violently shareable content, these pages—like the Communist Party-from—have had to empty themselves of a core antagonism to capital in order to ensure their growth within capital. While the internet may yet play host to widespread agitation against private property, profit, and nation-state, it will likely take a different form than transposing Marx, Lenin, and the hammer and sickle into cutting-edge online jokes. I still think they’re pretty funny though.

Suicide notes are going to get even more unsettling. As more and more people gain frequent internet access, we’ve seen an old practice—explaining to others why you found life no longer worth living after you’re gone—take on new forms. When a 17-year-old Leelah Alcorn killed herself, her suicide note, set to automatically post to Tumblr and then widely shared online, provided an easily accessible counternarrative to her parents’ claims to innocence in her death and their insistence on identifying her as male. What kind of power might a suicide note have if posted to a meme page with a reach far beyond a personal facebook account have? Will page administrators remain in character for their deaths, pursuing likes, shares, and comments that they’ll never be around to see? Will they wield the emotional force of publicized death to turn their fans to social justice causes, or harassment campaigns against their rivals? What if everyone thinks they’re faking it? The possibilities are endless, and pretty fucking unsettling.

There will be memes in our blood. It’s often forgotten that Richard Dawkins (lol) coined the term “meme” to describe a self-replicating idea on the level of culture, analogous to a gene on the level of biology. But as older forms of biological essentialism show themselves the door (they fucking better), new ones will take their place. Sure, 20th century eugenics were hella racist, but can’t we select for traits that make the next generation more Likeable? If we finally disconnect gender from genitals, what’s to say doctors won’t reinscribe an elaborate social hierarchy based on presumed browsing habits instead? We all see the infamous affluenza defense for the horrifying excuse it is, but what’s to say people who share certain kinds of content just happen to have what it takes to be wealthier, healthier, and happier?

These predictions likely seem outlandish, but that’s precisely how accelerated technological and cultural change works: new worlds, which seemed impossible not long before, quickly form which seemed impossible. Whether we plan to adapt to them or subvert them, we need to be anticipating the proliferation of radically different norms, and there’s no doubt that the social, economic, and legal structures we’re subjected to will change to accommodate a new set of 21st-century conditions. If we can think expansively about the “ayyy,” we’ll be better positioned for the “lmao.”