Are you happy for now? Asexual romance novels break the mold.

Romantic Dinner for Crew A recipe for roast chicken that's easy, impressive, and generously feeds everyone you love. Because dinner for two is boring anyway. 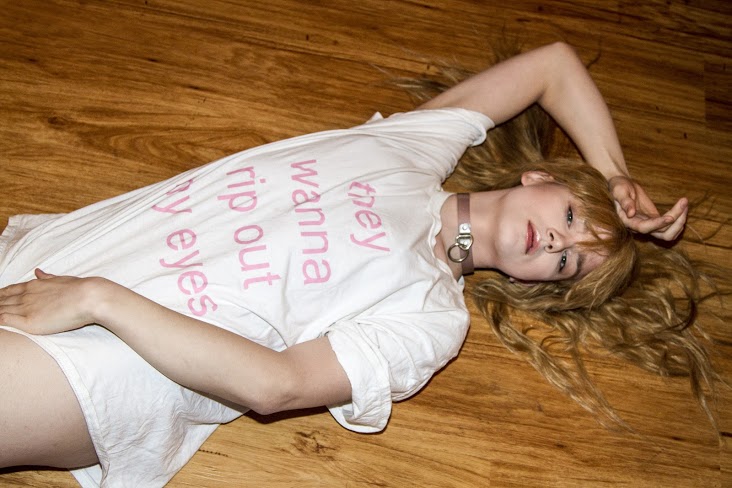 Photos by by Mateo

We feel like we don’t really get to gush over great vocalists and song-writers these days, so if you’re itching for a fix, try out this artist. Earlier this month, Macy Rodman dropped “HELP”, her first EP, featuring five tracks including “Violent Young Men”, a queer bash-back-esque anthem for the ages.

Hailing from Juneau, Alaska, Macy has been living in New York for eight years, and various side hustles support her work as a performer and singer: working at a bar, as well as working on gigs and projects with artists friends of hers. “Making money off of music is hard and I’m still figuring out how to do it.” But that hasn't stopped Macy, she’s been putting out music for years, including the beloved “Eat Ur Makeup” video, inspired by a John Waters’ film, where she channels Jackie Kennedy.

Macy spoke with us about working on “HELP”, the realities facing trans women in America that inspired the EP, and what success looks like to her.

How did “Help” the EP come about?

I met Jim, also known as JX Cannon, around the party scene in Brooklyn, and we had a lot in common right away as far as our taste in music. He remixed one of my songs a few years ago and we decided we wanted to work together more closely and develop a project that we would co-produce. Jim also introduced me to Andrew Nerviano (Plebeian) who mixed, mastered and recorded the EP, and he’s so talented and fun to work with, I’m so grateful that fell into place.

What are some of the conceptual influences behind this project?

I listen to a lot of girl pop music whether it be Top 40 or more indie stuff, and I really wanted to put together a group of songs that would play like the singles off of a really fun, feel good album. I was listening to a lot of Janet Jackson (mostly All For You and Velvet Rope), Carly Rae Jepsen, The Neptunes era Britney, and Kelis when I was writing and making beats. And Jim has this really great sense of club music which he brought a good dose of to everything I brought him. I also wanted to write openly about my experience as a trans woman which hasn’t been done so much with pop, and that forced me to be a little more creative in using these codes of pop music song structure but have it apply to my life and not just write about typical pop subject matter like love and dancing. 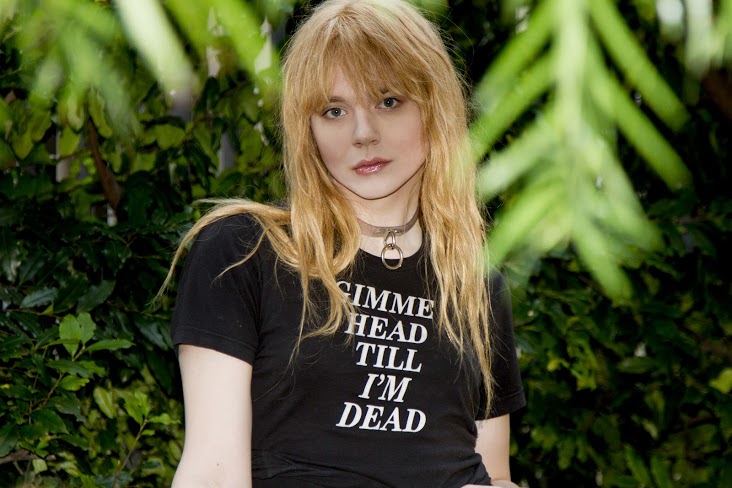 What are some markers of success for you?

I think my markers of success for this project would be touring and possibly getting signed to a label if the chemistry is right. I love making videos and making a big production for shows and that’s hard make happen for a working artist, but I love traveling and meeting people who I’m fans of over the internet and that's been happening more since the release and I’m thrilled about that.

Tell us about your track “Violent Young Men”. What inspired this song, and what was it like to put it out there?

A few of these songs had been cooking for a while but I couldn’t really nail down what I was trying to get them to say. “Violent Young Men” was in a really weird form when I brought it to Jim, and all I really had were lyrics, chords, and some raw piano melodies which was certainly enough to work with, but it just sounded really weird and kind of cheesy, almost disco. Jim was like “I don’t get this, it seems kind of vague and trivial, I can’t see your point of view”. So, we talked about it and I told him how angry I was about violence against trans women and I recounted a couple of personal stories about being assaulted for no other reason than presenting as female and occupying space. Finally, Jim convinced me to get a little more raw and explicit about what I was trying to say and he totally remade the song from scratch with the basic skeleton of what we had before. I’m so proud of that song now and I feel like it really pushed me forward not just in a song writing sense but in helping me getting over some painful emotional baggage.

What are you working on right now?

Right now I’m working on new music, I’m collaborating on some remixes for “HELP”, I have a video coming out soon for “Violent Young Men” directed by Jake Dibeler of Bottoms, I’m traveling a bit, and just trying to get this project out there as much as I can.

What are some of your hopes for the future?

My hope for the future is to just keep making music, get better at what I do, and continue to help carve out a space for trans women in pop music and pop music imagery.