May 2017 Horoscopes Banners speak of becoming uncontrollable, but we already are.

Gay Sluts Who Read A podcast made possible by the generous, unequivocal support of rosé 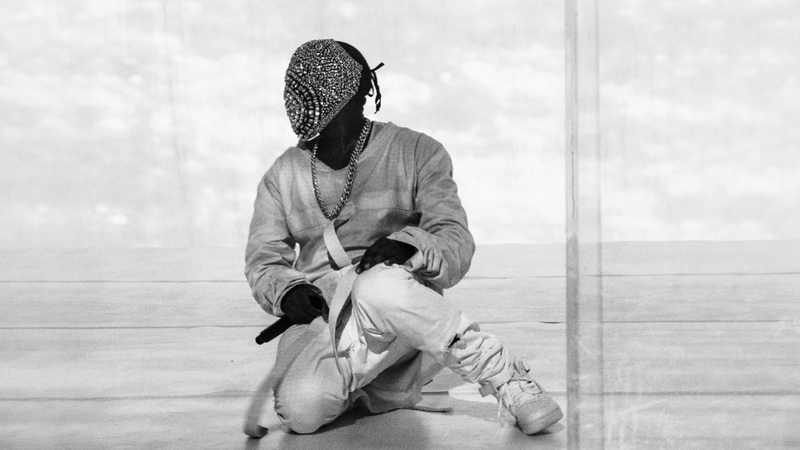 Kanye West in a Maison Margiela mask in 2013

At least once a week, I consider methods I could use to distance myself from my online presence. Photos of me are displayed in my and other people’s networks, sitting in a confusing middle ground between my professional “brand” and personal identity. Often, it feels like success is only possible in the spotlight, with daunting side effects. 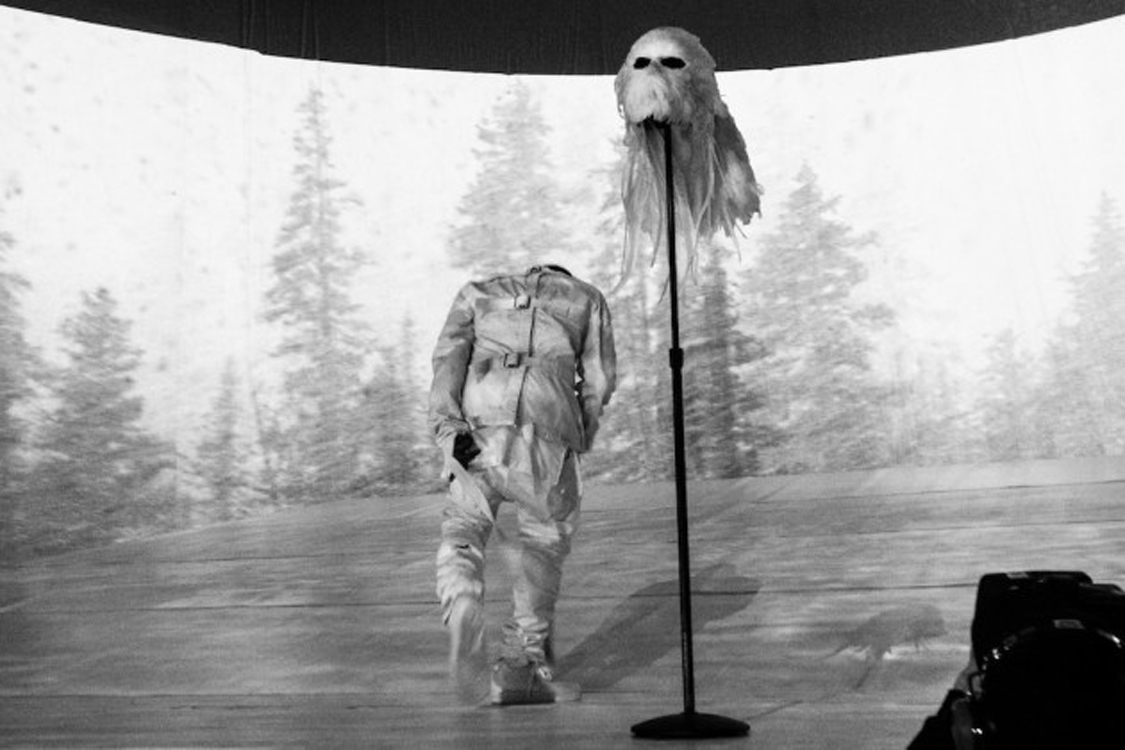 “You can see my face on the internet every mother-fucking day.” Kanye West yelled this brashly at an audience member while veiled in a bejeweled, black silk chiffon mask mid-Yeezus Tour 2013. For West, an outspoken and opinionated artist whose next moves are always questioned, donning a disguise for his first solo tour ever is a memorable image. The garment that hid his face was designed by Martin Margiela, a man whose own image is anonymous to the public, known only to many West fans from the “N****s in Paris” lyric, “What’s that jacket, Margiela?” Contrast Kanye’s brand of loudly displayed, obnoxious artistry and Margiela’s quieter one, and the artist who is present here is as much Margiela as it is West, except you can’t see Margiela’s face on the internet every day, on t-shirts, in memes, or through explicit branding like you can with West, and that’s kind of the point.

The luxury fashion house Maison Martin Margiela was created in 1988 without a face or point of reference for its success. From the beginning, Martin Margiela wanted to be unseen in the public space, something that’s not as easy in today’s world, where CEOs of clothing lines release their memoirs, like Sophia Amoruso of Nasty Gal,  and designers like Victoria Beckham and Marc Jacobs have Instagram accounts that are as much personal as they are for their product. Brands and their creators are expected to be visible online, memorable, and to constantly interact with their audience. Most are adapting to the change as if the relationship between oneself and work are seamless interactions. Amidst a postmodern 90s, combined with the recession of 1990-1991, the fashion industry had become absorbed into the mindless yet accessible consumerism of cheap stores like Zara, H&M, and Forever 21, Margiela’s personal distance from the fashion house he created was then largely unheard of, so much so that he was even dubbed “fashion’s invisible man” by the The New York Times. While some of the world’s most well-known fashion designers had begun defining themselves with a uniform identity, like Jean-Paul Gaultier in blue and white striped shirts and Karl Lagerfeld in leather gloves and high neck collars, Margiela just didn’t show up. He didn’t tie his identity to his work because he wanted the clothing to speak for itself, despite unrelenting media practices pushing the people of brands to become more like products themselves. 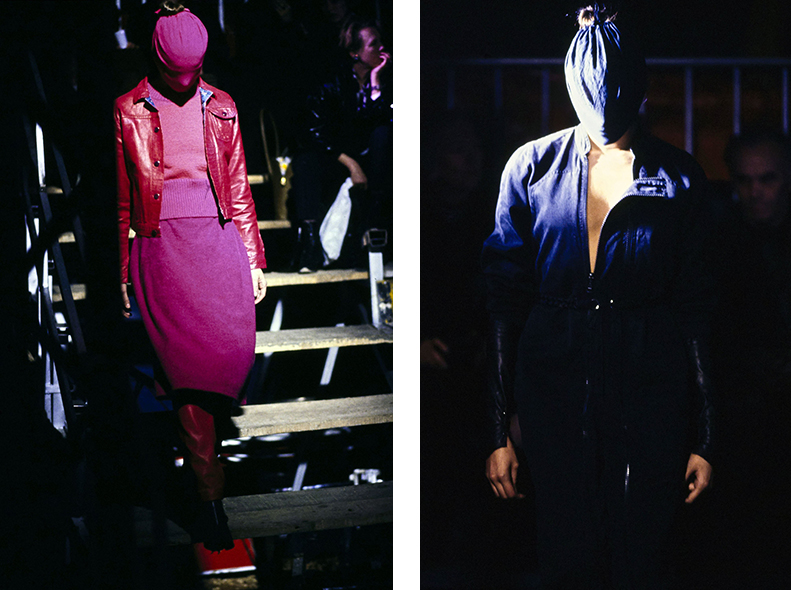 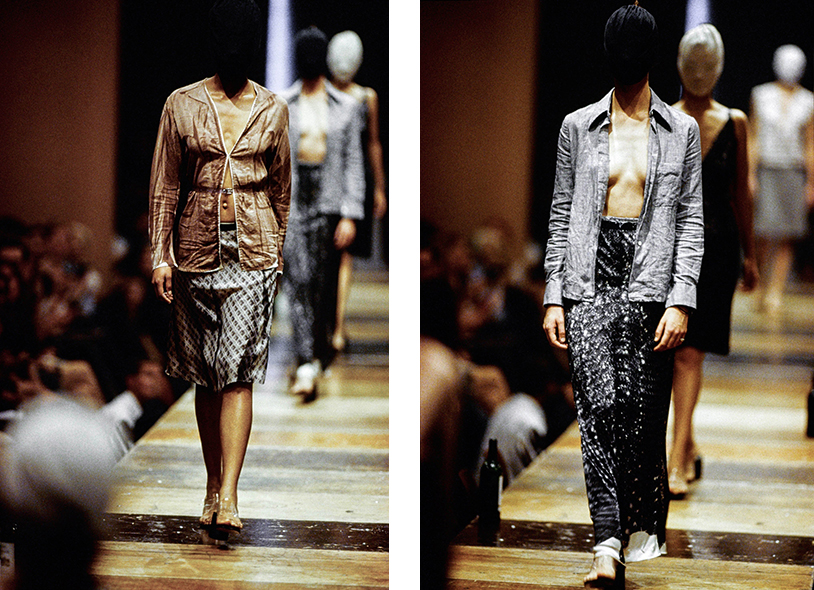 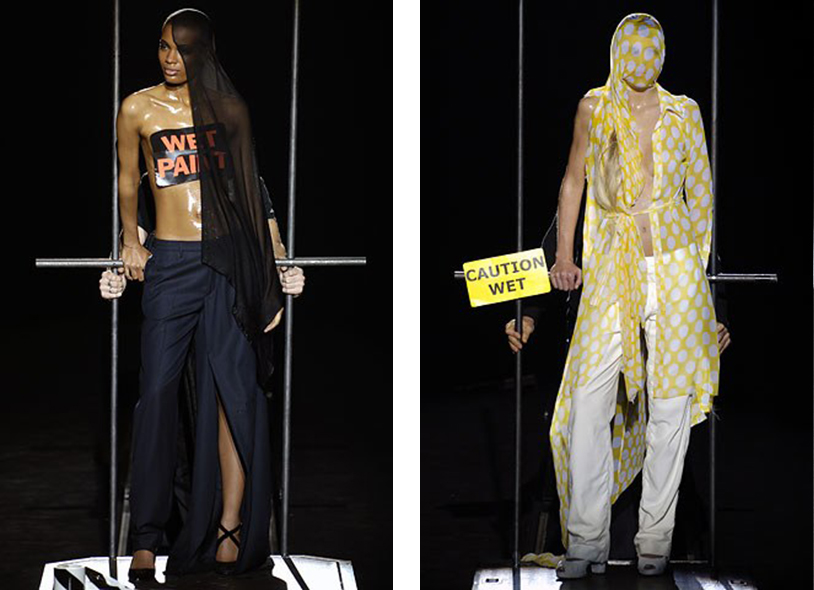 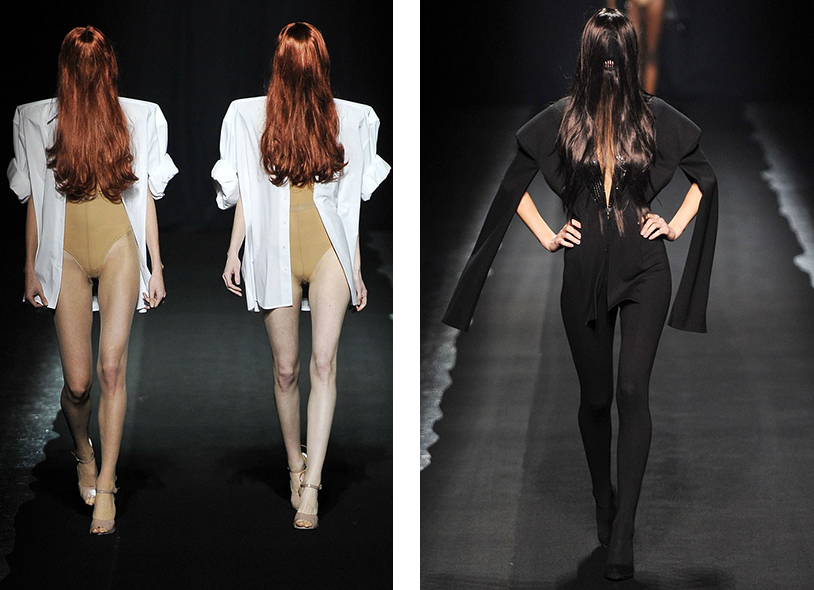 “What our designer looks like has, for us, little or nothing to do with this process ... We do not need any physical form to express our work.” This is a quote from employees of the fashion house, who spoke for Margiela during his time as creative director from 1988 until 2014. For Margiela, the emphasis was always to be made on the clothes, but the form they took – deconstructive, falling apart, anti-fashion fashion – were much more akin to Margiela’s stance on anti-personal branding that goes against the fashion industry grain than what may appear at first glance. Margiela also erased personal identity from his runways. Models wore sunglasses and black tape over their eyes; full wigs, fabric, or nylon masks covered their faces; meanwhile, his team of associates were only seen in a uniform of white lab coats. Much like Margiela the man, the distinction of Margiela the label was indistinction. 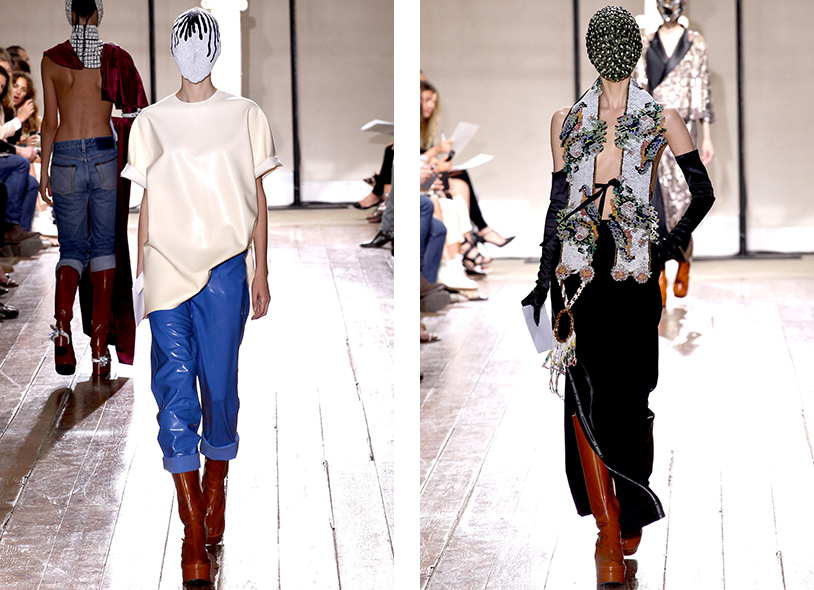 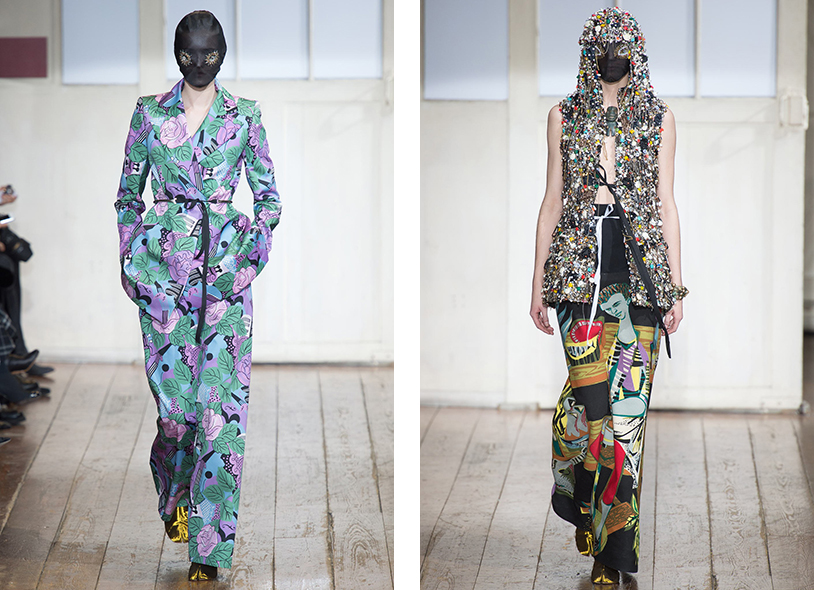 By disconnecting himself from a public image and maintaining public success at the same time, Margiela also dismantled the structure of an industry, questioning its form intently, as he did with his clothing and runway shows. Not branding himself wasn’t just a personal decision based on an earnest desire for privacy, but instead, the ultimate representation of his anti-brand clothing line.

Despite his efforts, there are two photos of Martin Margiela on the internet. The first is a close up shot of him in a crowd, looking stunned and caught off guard. In the second, he is seen from farther away. Shrouded in darkness, Margiela’s face and hands are lit, he looks angry, his brow is furrowed, again he has been captured by an unwelcome gaze. One of his models and an associate, alongside a rack of clothes, are accompanying him in the photo and it is clear that the small group are in the middle of dressing the model for an impending show. It says everything the first photo doesn’t say: leave me alone; I’m working. 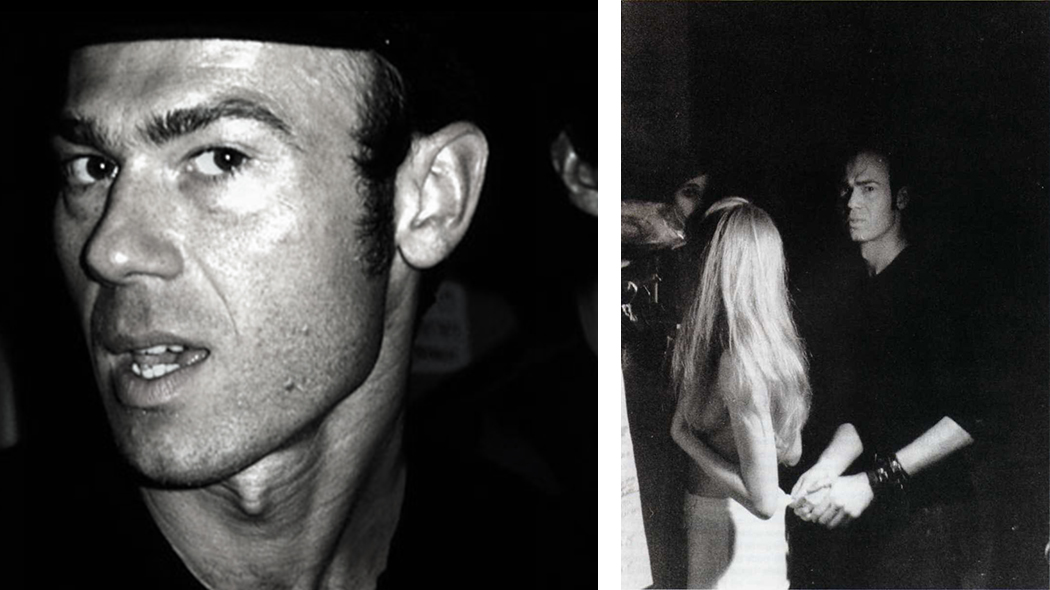