Narrative Relapse In her memoir The Recovering, Leslie Jamison tells the story of her alcoholism and recovery. 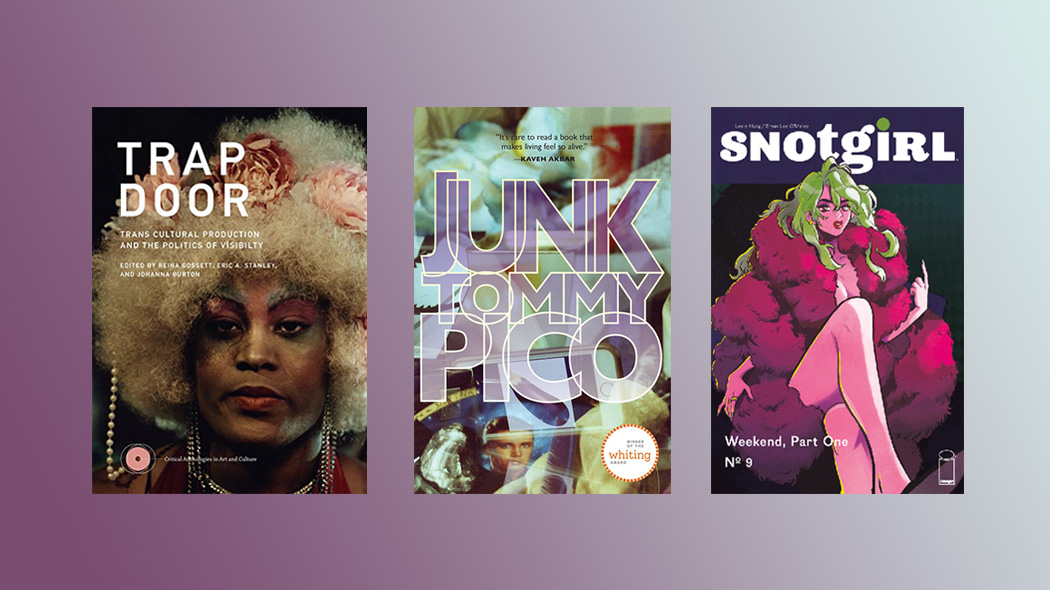 I spend way too much time on Twitter. I guess that’s why I get so much reading done on the subway. When I’m riding the G to the L to the R/W on the way to my part-time job in the city or taking the G to the A/C on the way to my medical provider, I’m literally unable to indulge what has gradually become a compulsive, joyless habit. I try to fill these 45-minute gaps in my day by reading something that will activate me, something that will leave me mashing out Notes app flash fiction or drafting all-caps epiphanies in the subject line of an email to myself the second I stop reading. I’ve read a handful of things over the past month or so that gave me that kind of activating feeling every time I picked them up: Trap Door – edited by Reina Gossett, Eric A. Stanley, and Johanna Burton – brings together dozens of brilliant minds to discuss and contextualize trans visibility and cultural production with a level of nuance that far exceeds mainstream media’s often depressingly limited scope;Tommy Pico’s Junk is a 72-page poem that wants you to know that liminal space heard what you said and she’s pissed; and Snotgirl #9 is the latest issue of a comic book series about a super hot, green-haired, narcissistic fashion blogger that I like to read because it’s about a super hot, green-haired, narcissistic fashion blogger. Reading these left me feeling a little bit more alive, and I can’t recommend them highly enough.

Literal imagery and slang meanings aside, Trap Door takes its name from what its editors dub the “trap” of positive representation, which offers the promise of inclusion in lieu of material support. The critical anthology’s title also refers to the figurative “doors” that this representation can open for trans and gender-nonconforming viewers and readers, “making new futures [feel] possible” in a world that offers us few, if any, models for what our lives might look like. Through essays, interviews, and roundtables, Trap Door’s contributors – which include Miss Major Griffin-Gracy, Juliana Huxtable, Morgan M. Page, and CeCe McDonald – analyze a variety of political strategies and artistic practices, past and present. Together, they cut through the false firsts and deeply whatever milestones that dot our current landscape of post-Laverne visibility, exploring a number of makeshift possibility models that predate the so-called “Transgender Tipping Point” by decades.

The five conversations and roundtables are refreshing to read, considering how rarely media presents trans people in conversation with each other. The remaining three-quarters of the entries comprise essays a number of which focus on specific, individual trans and gender-nonconforming artists like Sir Lady Java and Mark Aguhar. Reading them, I began to wonder if they were playing into the same kind of narratives about individual exceptionalism and the inherent value of visibility critiqued elsewhere in the anthology. Is it trying to solve a problem with a spotlight? I mean…in a lot of ways, yes. But I eventually came to the conclusion that, in this case, it’s warranted. As Stamatina Gregory and Jeanne Vaccaro write in a piece about Argentinian conceptual artist Elizabeth “Effy” Mia Chorubczyck, Effy was a prolific artist, yet no formal or informal archive of her work exists. On account of that missing archive, they write, “much has been lost,” something we could say about the work created by many of the artists featured in Trap Door, not to mention the ones who were not.

Trap Door is a step towards building an archive, filled with reminders that the present is not as unprecedented as we’re often led to believe. As such, it would be incredibly misguided of me to blame the archive for not existing sooner. Even worse, I’d miss out on a bunch of thought-provoking conversations and a lot of truly beautiful writing, like Roy Pérez’s breathtaking portrait of artist Mark Aguhar – required reading, especially if you weren’t on Tumblr circa the calloutqueen’s reign. 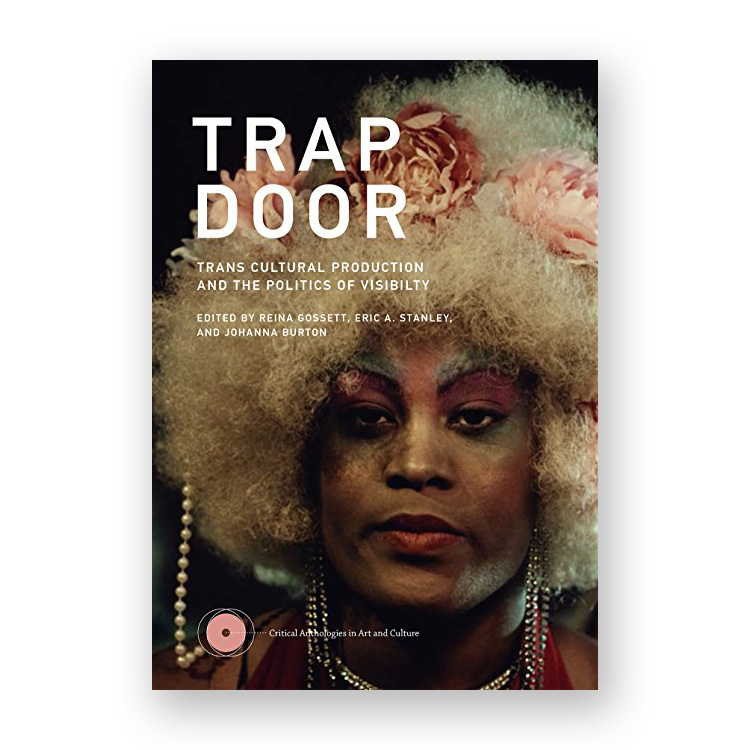 Like the dustiest corners of a labyrinthine consignment store, Junk is littered with all kinds of things that have been discarded – things that have outlived one purpose but, like a stack of old matchbooks turned into a “living room conversation piece,” will someday find another. The book-length poem, Pico’s third in as many years, is a breakup poem at its core, and the whole junk store metaphor is an inventive way into what would otherwise be well-trod territory. It helps that the author is flexible with his central conceit, defining junk as anything that “gets a bad rap because capitalism.” People can be junk, according to Pico – from the rhetorical families that right-wing politicians selectively trot out in order to pass regressive legislation, to the woman Pico canonizes as the “patron saint of Eternal Utility but Selective Relevance,” Janet Jackson, whom music industry institutions like MTV and the Recording Academy cold-shouldered for nearly a decade after “Nipplegate.” Occupied places can be junk – “Terrorists are waging war on our / way of life the pundits say Well imagine growing up on a rez, / bud.” Even a butt can be junk, if a “homonormative Hollister cologne smelling mean ass eyerolling troller” deems it “inedible,” and, of course, your literal junk can be junk if no one wants it near their own. Junk gives no moral value to junk, nor does Pico write about the de-junkification process as if it is an upgrade. Getting claw-gamed out of obscurity can be a reward (“a come up for ppl treated like garbage of the state”), but it can also be a punishment (“I forgot how something as mundane as holding hands makes a target of us”), as junk-ifying oneself can be a survival strategy against the violence that visibility brings. The conceit never tires over the course of Junk’s72 pages of non-rhyming couplets, nor does Pico’s boner for necessary non sequiturs and stupid-brilliant wordplay (“Men are a waste of attention / You can lead a man to Beyoncé, but you can’t make him think”). Much like the shit at a junk store itself, Pico’s junk store metaphor is one he continually finds new uses for, and, in doing so, Pico has crafted his most formally and thematically impressive work yet. 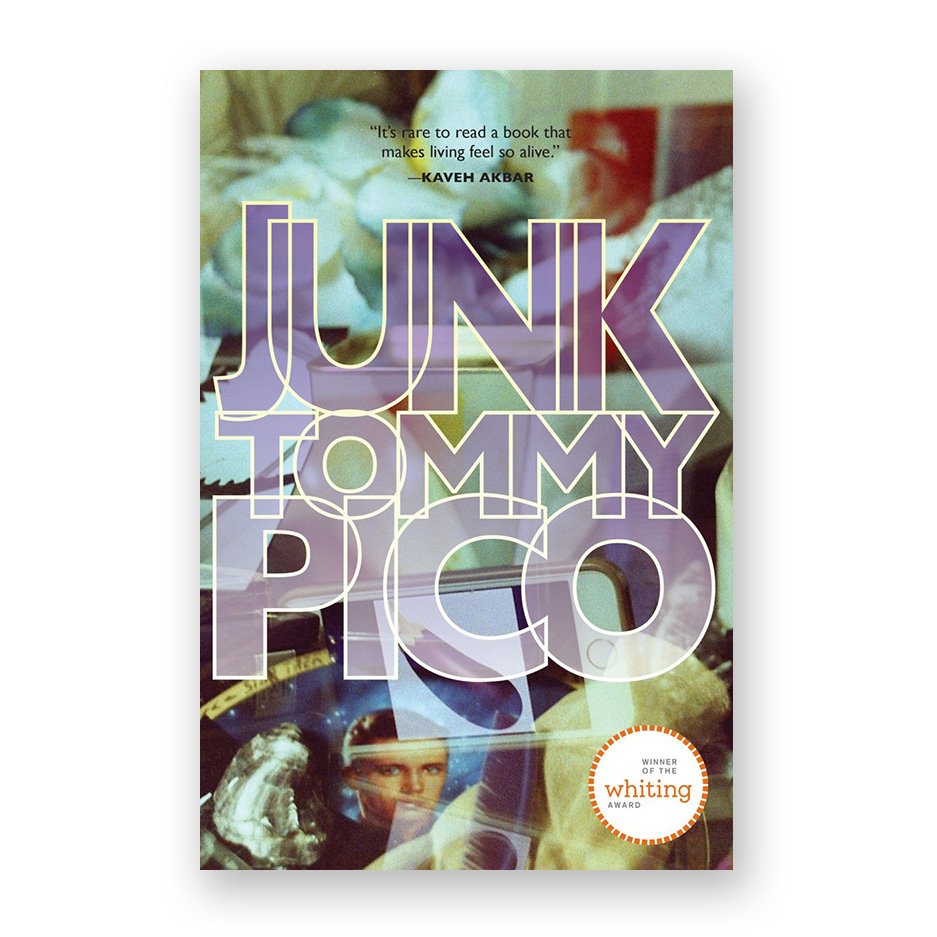 I bought my first issue of Snotgirl because I liked the cover. It featured a girl who was very tall, very hot, very anxious, and very has green hair. This slime-haired covergirl hiding near the bottom of Forbidden Planet’s back wall intrigued me, and I wanted to know her story. Now that I’m all caught up on all my back issues, I’ve found that she doesn’t really have one. Nothing really happens in Snotgirl, which Image Comics began publishing in 2016. The first five issues sortofkindof tell a story about how series lead Lottie Person is a fashion blogger who’s super hot and might’ve killed someone but she’s like busy, you know? And doesn’t have time to figure it out. Issue six shifts the focus towards Lottie – who did not kill someone, as it turns out – trying to integrate “Coolgirl” Caroline into her friend group while simultaneously spiraling over whether “Cutegirl” Misty and “Normgirl” Meg like Caroline more than her. Issue nine throws a ghost and a cliffhanger homicide into the mix, but these soapy turns feel more perfunctory than plot-driving. The most dramatic panels, as always, center on the arrival of unwanted humors – snot, blood, sweat, tears, piss, cum, and pink eye crust – which stop whatever hint of a plot might be developing in its tracks the second one of them seeps into a panel. Bodily functions wait for no influencer, after all, no matter how hot she is, and it’s this kind of “gross things happening to hot people” anti-plot through line that has me liking, subscribing, and coming back for more. 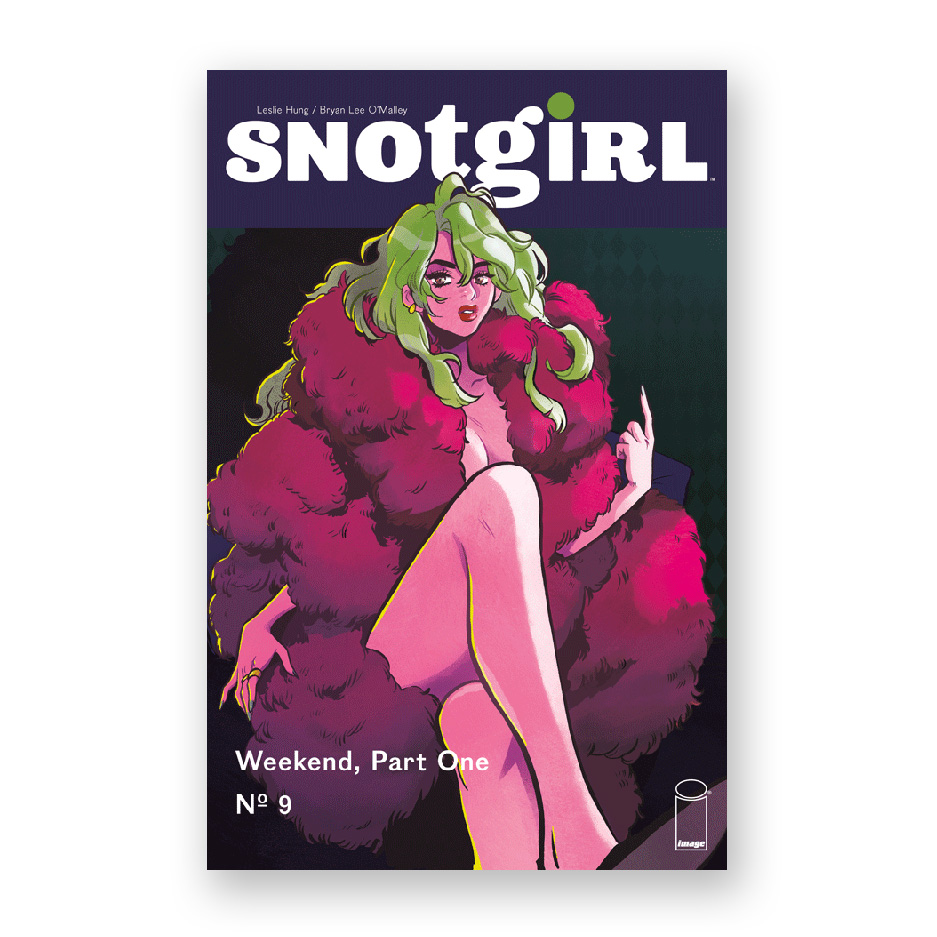 Snotgirl #9 was published on February 7, 2018 by Image Comics 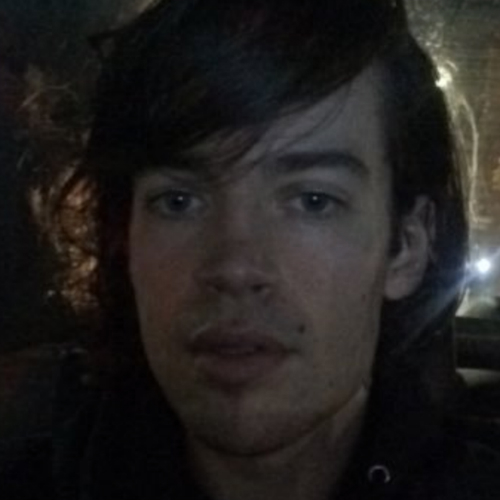 Harron Walker is a freelance journalist who lives in Brooklyn. Her work can be found on Vice, Teen Vogue, Fusion, Mic, Lit Hub, and some other places. She actually did just come here to dance.