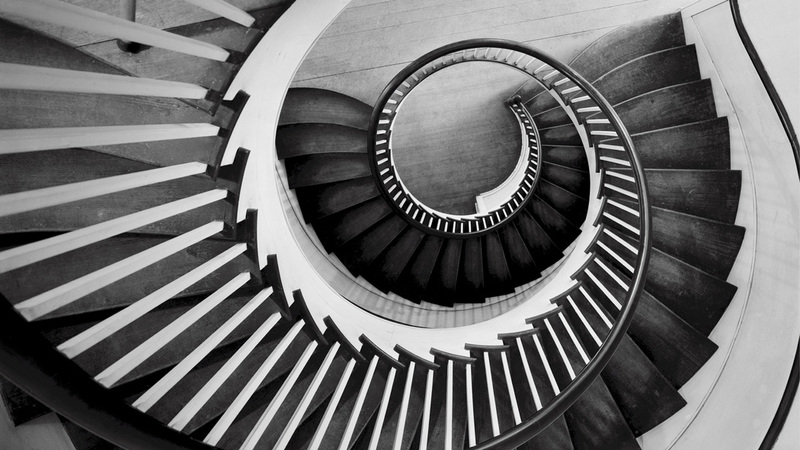 On the second day of the year, I’m on the airtrain at Newark airport, coming back to New York after a week on the West Coast. Surrounded by tired travelers and suitcases in every direction, I can’t reach any of the handle bars and grab onto Tyler’s jacket for balance. Next to me stands a young man in a windbreaker and striped scarf, facing the door and looking out the window, crying silently. He’s holding his smartphone at his waste and when it lights up, we both look down. I watch his screen over his shoulder as he opens a message and quickly types and sends several messages in response. “Have you heard from her?” “Please go look immediately” “I’m on my way to work and won’t be back till 5pm.” “I think she locked herself out and is wandering around. She might be lost. I’m worried she has an episode and the cops get her before we find her.” He opens and closes his phone several times, anxiously checking for a response. He looks so fragile I want to squeeze his arm and tell him I’m sorry for whatever is going on. I look away. As the train pulls up, he squeezes through the doors and I lose sight of him.

You can feel the seams ripping everywhere, in conversations at the bar, in the painful silence between text messages, the voices in your head overpowering your own. A careless comment is sometimes all it takes to break the tenuous symmetry and feel yourself falling into a bottomless hole. A joke that misses the mark, a gesture of gratitude received like a stab, and suddenly the crack splits open and our worlds retract, hurtling away from each other at the speed of light. The more intertwined our worlds are, the more unexpectedly they pull apart.

It’s 8:45 am, April 5, 2018. I pull up the blinds to daylight, turn on the kettle to make coffee, and take a shower. I remember a text my friend forwarded me from her sister that said serotonin is mainly produced in the gut. This explains why I’ve been feeling so low, I think to myself. No way my brain can keep running on bananas and stimulants and chips. Silly me. I make oatmeal and swallow a handful of capsules: Omega 3, Ginkgo Biloba, a complex vitamin B, some probiotics a roommate left in the fridge after moving out. I should go for a run... Instead I roll out my yoga mat and stretch for a few minutes. Alright, if I fall into a hole again today, at least I tried. I pack my bag and walk outside.

It’s the day after the 50th anniversary of Martin Luther King’s assassination, the day after the New York Police Department officers shot and killed Saheed Vassell in Crown Heights. He was unarmed, not that it makes a difference. I spend the afternoon checking Twitter for updates and see some groups have called for a rally. Too distracted to get any work done I decide to head over. As soon as I get off the bus, I see some friends standing on the periphery of a large crowd and walk up to them. A man who lived next-door to Vassell gets on the mic. Saheed came to borrow socks from me 15 minutes before he was shot, he says. Saheed was just going outside to have some fun. Someone else says he was tased by cops last week; no wonder he needed to blow off steam. News stories show surveillance footage of Vassell playing around with a metal pipe, aiming it at passersby. He had been diagnosed with bipolar disorder, neighbors who knew him confirm, but he would never harm anyone. At some point, somebody called 911. Cops showed up and fired 19 shots into his body. He was bleeding and motionless when they handcuffed him.

Every day, another story like this. What has changed, except the speed and ease with which news spread? Mob attacks and lynchings fueled by white rage, fear, and entitlement are supposedly things of the past; but routine police shootings, automatic precision weapons, and mass surveillance continue indiscriminate killing with impunity. Any subsequent outrage is quelled and criminalized, just like before. As Sam Adler-Bell uncovered last fall, the “riot statute” used to prosecute J20 defendants was passed to criminalize black protest following Martin Luther King’s assassination. Concentration camps and slavery are also seen as something historical, while millions of black people continue to be locked up and forced to work for free under the US prison-industrial complex, no end in sight.

You already know this. So, why do I feel the need to repeat it? I’m not sure. Maybe because it feels like the cliff between us is widening, the stakes are insurmountably high, the work impossibly difficult and frankly I’m lost. Like a stressful work dream where everything hinges on solving some problem; cold of sweat in twisted sheets I tumble around trying to find a beginning or end to start untangling, but I can’t even find the knot. The things that are real feel impossible to talk about – I’ve been depressed for months; I don’t know how to be real with my parents, my roommates, my neighbors, myself; I feel guilty, ashamed, and embarrassed. What I do know is that’s not a place from which you get stuff done.

At the rally, people yell in rage and sadness: Who called 911? Who called the police? We knew Saheed. He was family, he was loved. Sometimes he pissed us off, says his brother on the mic, but two minutes later we would laugh about it. We didn’t call the cops on him, so who did? To longtime residents of Utica Ave, the answer is obvious: the newcomers, the gentrifiers. The march takes off, thousands of people start marching towards the precinct. We turn a corner and walk past a blue warehouse-looking building sporting a Crunch gym franchise logo. “White people, move out of Brooklyn!” a group of young women start to chant at my right. Other people join in, laughing and clapping, pointing and playfully heckling the white people walking in the crowd; some of us lower our heads, unsure what to do; we keep walking.

If Vassell’s blood is on the hands of whoever called the police, as neighbors say, a newly arrived white person is probably responsible. I think about other times when it didn’t matter who made the call. Earlier that day I read a Boston Globe article headlined about Hope Coleman’s lawsuit against the Boston Police Department. In October 2016, Coleman called 911 to ask for an ambulance to bring her son Terrence to the hospital. He’d been diagnosed with paranoid schizophrenia, but Coleman told operators he wasn’t violent and warned them he would not respond well to seeing police officers. Nevertheless, EMTs showed up with police who shot him twice in the stomach; he died in the hospital that same day.

The sun is setting as we walk, the temperature drops and I wrap my scarf tighter around the neck, wishing I hadn’t left my mittens at home. I think about Erica Garner, who died last December from a heart attack, after fighting for two years to bring charges to the cops who killed her father. I think about the many other people who organized under Black Lives Matter on behalf of an ever-growing tally of black people murdered by police in the past few years. The losses add up as many of them, too, are paying with their lives and well-being, as the New York Times reported last week.

I walk up to a comrade, who looks surprised; “Nice to see you here, and in all black, too.” I don’t blame him, it’s been months since I showed up to anything. Friends I used to be close with I rarely see anymore, people who like me have “been around” for many years but are now increasingly busy with school, jobs, mental health issues. Sometimes we text to make and then cancel plans to meet up, instead updating each other in writing, including tips for how to deal with depression. If I meet people it’s usually at birthday parties or when out-of-town friends come to visit. I admit that I'm not really “involved in anything” these days. After a few drinks the cynicism fades to reveal the underlying idealism, we share our latest thoughts and speculative plans for the future.

The truth is we’ve been robbed of our future, of agency, of the possibility for change. The world is so fragmented it often feels like the only way to hold onto the little bits of sanity we have left is to bottle up our feelings, shut each other out, and keep finding new distractions to upgrade the fantasy holding it all together. Showing up to protests feels like a fleeting short-term solution, but it’s almost the only thing left in my life that resembles something like a community. And insofar as inequality continues to widen by pitting us against each other, listening to my impulses and then doing the opposite seems like one worthwhile strategy to try.

For example: I have a post-it note on my computer that says “write a shitty article,” to remind myself to get out of my own head and stop reproducing this cliché Anne Boyer tweeted about the other day: “The bourgeoisie loathe themselves with an unrivaled self-love of their self-loathing.” We all love our symptom; it is terrifying, hard and painful to feel; it takes practice. I think about something Fred Moten said in a conversation with Stefano Harney in The Undercommons: Fugitive Planning & Black Study: “The coalition emerges out of your recognition that it’s fucked up for you, in the same way that we’ve already recognized that it’s fucked up for us. I don’t need your help. I just need you to recognize that this shit is killing you, too, however much more softly, you stupid motherfucker, you know?”