Not just a riot, but revenge. Doug Gilbert recounts what it was like to be in the Mission District of San Francisco when the city started a riot.

Sometimes teachers are the ones who exploit you most. What I learned from my mentors while turning tricks. 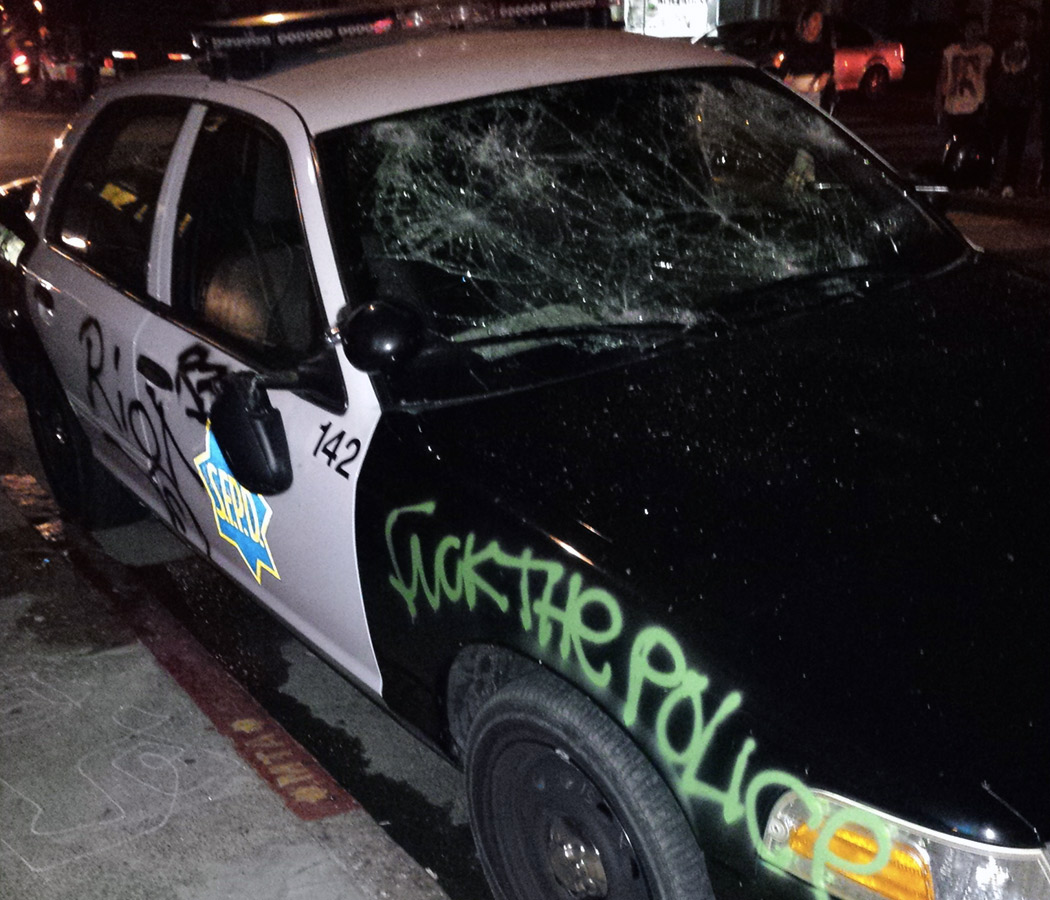 Where Does the ‘Revelry’ End and the Anti-Police Riot Begin?

I’ve always found it a little odd how quick some are to dismiss sports riots. If you think about everything that happens during a baseball season – the hundreds of games, practices, the millions of people who visit the stands at one point or another, drinking 12 dollar bud lights, the devastation the game has on the players’ bodies, the billions generated in ad revenue, the grip it has on the American attention-span – it's a little curious that when fans go hard one night a year, setting things on fire, throwing bottles at cops, trashing metro vehicles ... that somehow it’s at all surprising or condemnable. Instead, I find them incredibly fascinating.

As acting out in a temporarily lawless street riot becomes a common point of reference for youth in America, we should expect to see the edges of different kinds of riots bleed together. They overlap. They cross-pollinate. Taking the Bay as an example, in the months following the events of Occupy Oakland, illegal ‘Fuck The Police’ noise demos would twist their way through the East Bay with adapted Oakland Athletics calls: “Let’s Go, Oakland!” It’s not surprising, then, when the Mission District gets covered with anti-police and anti-gentrification graffiti the night after the World Series.

If you’re all political and shit, and find yourself wondering ‘what’s the point’ of moments of sports riot, here are a few glimpses into the nuance:

A Glimpse of Anti-Police 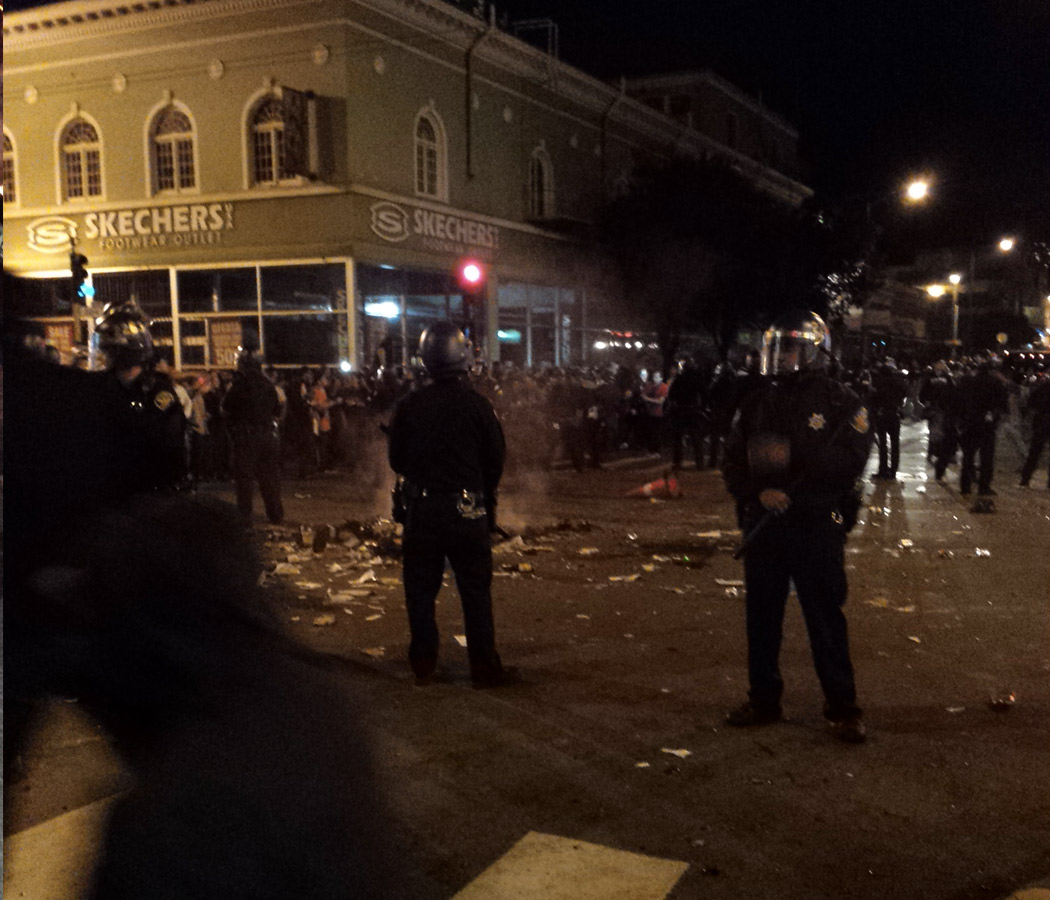 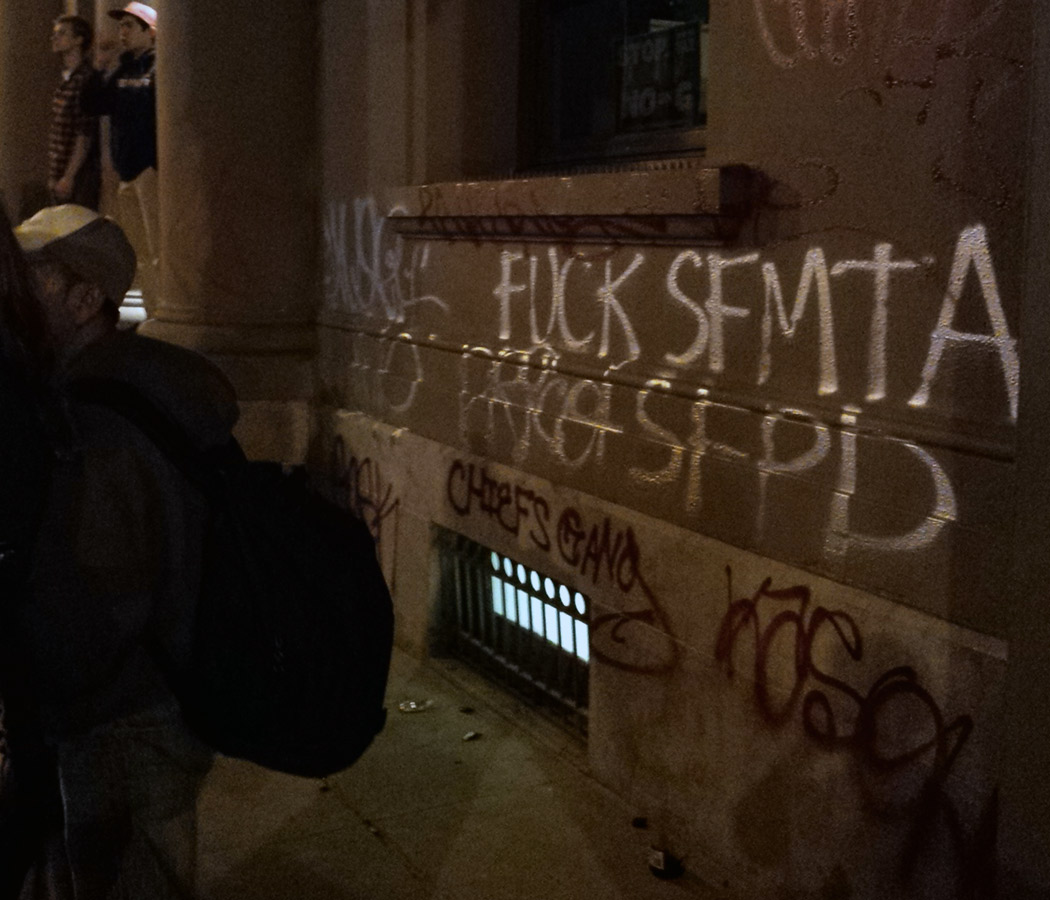 My fav photo of the night... A group of #SFGiants fans stole an SFMTA vehicle!!! #WorldSeries #OrangeRiot pic.twitter.com/W4rXCZPPWL

A Glimpse of Anti-Gentrification

You know, I was a little bummed when I saw people basically saying “Not All Techies” in response to this graffiti that was found all over the Mission last night. I’m a techie I guess. Technically. But I can still appreciate the sentiment. Open your mind people, think about it.

A Vanguard Properties and Vida, developers responsible for overpriced condos in the Mission district, were attacked again. With fire. Whoa.

Well this was slightly terrifying and awesome. #giantsriot

No joke, I also heard that some people were burning their bras on flaming couches. 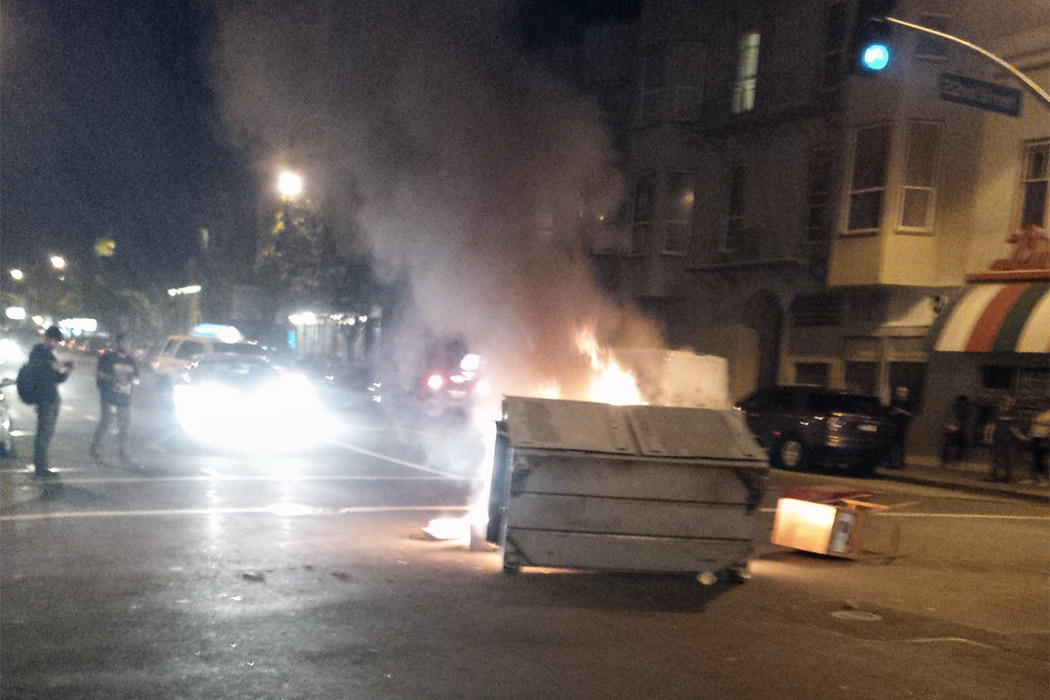