Bad News: You Can’t Beat Them, You Can’t Join Them

Slow Holler A group of Southerners, queers, and artists are making a completely new tarot deck together.

Southern Gothic A playlist by Chloe Chon about settling into a new city. 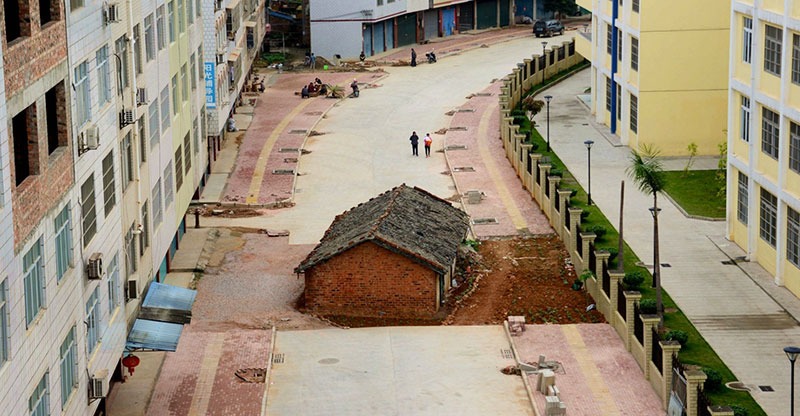 When surfing the internet, it’s safer to dive through a big wave.

You Can’t Beat Them, You Can’t Join Them

It’s tax week! You know, that time of the year where you basically just black out for a month and assume at some point you did everything correctly and as you were supposed to. I like to think of it as a time to reflect on all of the wonderful things our civic collaboration and our devotion to modern social values have brought us each year. I trust you’ll find this week I’ve put together a rather civilized and sober edition of Bad News, one which pays tribute to our brotherly (and sisterly) good will and federation. Yes, we are called to duty. To grab a shovel, and pitch right in. Last week, we saw some of the spoils of that generosity and concern, so without further ado ...

The week started out reaaaal tite with the first official report of radioactive isotopes washing up on the West Coast of the US from the Fukushima nuclear incident that occurred in 2011. The first unofficial report came moments after news broke back in March 2011, when we all looked up from the livestream of boiling radioactive seawater pouring into the ocean and said to each other “oh hell no, forget this, this planet is over.”

I logged on to Etsy today to see if anyone was selling a handmade world’s smallest violin, because I wanted to buy it for my performance of “Please Go Fuck Yourself Sonata No. 3 in A Minor” for the Defense Department and CIA who are complaining that biometric technology and social networks are making it difficult for undercover agents to spy on people. It’s also making it difficult for an international consortium of dispossessed and disenfranchised underclasses to coordinate the end of capitalism and every state power in a horizontal uprising of widespread worker sabotage, occupation, and revolt so, you know, let’s call this a draw.

More news today on the TSA’s “behavior detection” techniques, the analysis of psychological micro-gestures to build probable cause for suspicion. The program searches airport terminals for people yawning excessively, being dressed similarly, having fresh haircuts, seeming intentionally lost or confused, wearing brand new ‘discount’ clothes, etc. The program was meant to catch plain clothes “terrorists”, but it turns out the only people getting flagged were immigrants nervous or unsure about their visa status.

Speaking of not flying, would you buy a ticket on a drone passenger jet?

A 100-pound bronze bust of Edward Snowden worth thousands of dollars mysteriously appeared glued to a war memorial in Fort Greene Park in Brooklyn today. The NYPD say their looking at “forensic evidence” that may lead to a suspect, lol you idiots, no one thinks this is wrong but you.

Like most of my friends, I binge-watched that Netflix show Unbreakable Kimmy Schmidt the day it came out. But today I learned that the plastic surgeon caricature by Martin Short was based on a real “celebrity dermatologist” named Fredric Brandt. That kinda sucks. Sadly, Brandt, who had privately suffered from severe depression, was found dead from suicide over the weekend.

I know what you’re thinking: “I’d really like it if Facebook could become a part of my civic legal processes.” Because today, a judge in NYC granted permission to use Facebook to serve divorce papers, the first such instance of the social network qualifying as a medium of legal paper service.

I’ll make a confession: I don’t know anything about fantasy basketball or whatever the hell people mean when they discuss their “NCAA bracket”. I mean, honestly. I seriously have no clue. If you do, maybe you’ll think it’s funny that Mitt Romney scored in the 99.9 percentile on his bracket this year. Worth a shot.

The CEO of Amazon is working on rocket engines for privately-owned suborbital space shuttles. I guess the idea is to give SpaceX a run for it’s money or something – whatever the case, we can expect the private space industry to keep growing until eventually we live in the future. Fingers crossed for one with Contact Jodie Foster and not Elysium Jodie Foster.

A report published today reveals that the US Justice Department has been collecting data on phone calls in the US for more than 20 years, with billions of records on millions of Americans. This comes as a surprise to ... I don’t know who at this point. The main take-away here is that many politicians have used the Sept. 11 attacks and the War on Terror as rational pretext for the invasion of privacy – but the fact is now indisputable, those programs had existed since at least 1992.

News from Iraq as forensic teams begin exhuming a dozen mass graves which are thought to hold hundreds killed by ISIS last summer. The remains are mostly of Iraqi soldiers stationed at a former US military base in Tikrit who had been missing for nearly a year.

At this point it’s pretty obvious to just about everyone that while police employ a number of absurd excuses after they murder people, one of the most disgusting to me is when they try to talk themselves out of killing black and brown children playing with toys that ‘look like real guns’. In a legislative move straight out of the film Idiocracy, Tennessee lawmakers passed a bill outlawing toy guns, toys that look like guns, squirt guns, and a number of other normal-ass kid things from schools instead of actual guns or actual police. Fwef! Just in case there are anymore misunderstandings, now we can all agree it will definitely be the criminal kid’s fault for getting shot!

Today, Dzhokhar Tsarnaev was found guilty of the attacks on the Boston Marathon which killed three people and injured hundreds. All in all, he faced 30 charges. He will not be sentenced until at least April 21, but he’s eligible for the death penalty and the debates about whether or not to kill him have swept the editorial pages. To the pundits ruffling their feathers about whether or not the death penalty makes the United States “worse than they are” let me save you some pixels: the United States is worse than everyone.

Further south, a South Carolina police officer who was caught on tape gunning down Walter Scott, a 50-year-old black man with five shots to the back was charged with murder. Let’s take a moment to note that the surprising part of the previous sentence is the final four words, not the ones that came before. Now that we’ve been sufficiently depressed, let’s just take a moment to reflect on the fact that Scott was initially pulled over for a broken tail light.

The woman in charge of the National Front – the French far-right party I’m always rambling about – released a sharp condemnation of the founder of the party for defending comments like “Nazi occupation of France was not particularly inhumane” and that the gas chambers used in the Holocaust were “merely a detail in the history of the second world war”. Kicker? It’s her father. See you sketchbags on Ricki Lake.

Today, climatologists in California told top state officials that the state is looking at water shortage “numbers that are right on par with the Dust Bowl”. The Dust Bowl, if you don’t remember that time someone’s grandma came into your first grade class to talk about the lard and sawdust sandwiches she had to eat during the Great Depression, was a catastrophic drought that dried up most of America’s breadbasket farmland and coincided with the largest economic collapse in US history. Seems legit.

Speaking of portents of the apocalypse, illegal water well drilling has become such a problem in California that District Attorneys have assembled a special task force to fight water thieves and increased the fine for stealing water as much as two-thousand percent. Just in time to get a birds-eye of the zombie hoards, San Jose police are making strides in their campaign to employ police drones.

Overseas, France’s minister of culture called a meeting after ISIS evidently hacked the public television network TV5Monde. Obviously, we’ve entered the era where this sort of stuff just happens all the time.

The stock market has been moving in a generally positive direction lately, but if you’re one of the record number of 52% of Americans who own no stock, you probably don’t give a shit.

Facebook says it didn’t know it was inadvertently tracking the browsing habits of people who don’t even have Facebook accounts. Millions of Facebook users reportedly responded to the privacy violation positively, saying “Naw, it’s cool. We understan— wait you’re tracking my browsing habits?!”

A news chopper in San Bernadino County, California, caught a group of police officers beating a man who was thought to have stolen a horse today. The video shows the man jump onto the ground and put his hands behind his back before three officers kick him in the head and groin for a full minute. You guys I seriously wish you could see the exhaustion on my face right now. I. Am. Tired. Of. Writing. About. This. Shit.

A New Jersey elementary school teacher was suspended today after her classroom collaborated on some get-well cards for death row inmate, former Black Panther, and radical thinker Mumia Abu-Jamal. He’s been suffering serious complications of diabetes, and the teacher tweeted about her class trying to lift his spirits. Reasonable and sweet gesture. Fucked up and disproportionately overbearing response. Par for the course.

This consent workshop is the most pathetic and concerning military training video I’ve ever seen, and I saw the one where Paul Wolfowitz and Osama Bin Laden hired 30 actors to load AK-47s and roll around in the dirt. Yeah, a room full of marines who chant in unison “just go for it!” when asked whether or not they should ask someone before they make sexual contact and the right is asking “how much does this cost?!”. $10k by the way. That’s how much it costs to teach their shitty fucking kids how to not date rape. Small price if you ask me.

Today, video surfaced of tragic scene where an Oklahoma officer grabbed his gun, thinking it was a taser, and shot Eric Harris to death while other cops were arresting him. I refuse to say anything else about the day.