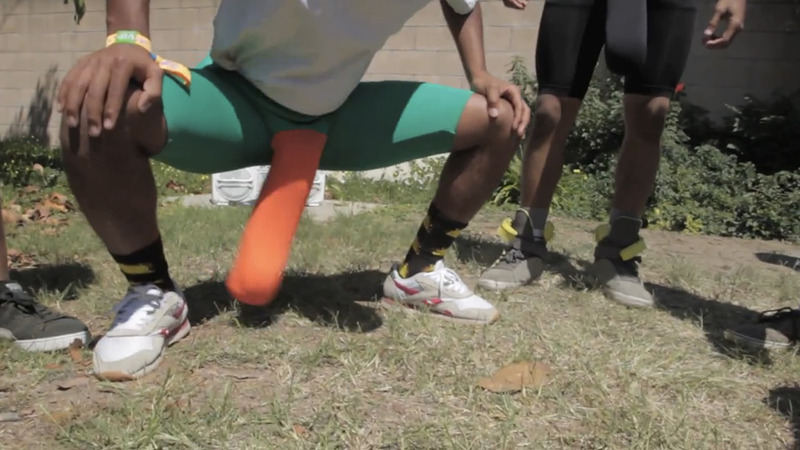 Here's the soundtrack for today's tabs: Got It, a new track by futurist pop dream Banoffee.


I got a chuckle this morning reading that the 'Islamic terror prayer rug' right-wing vigilante groups discovered along the U.S.-Mexico border turned out to be an Addidas shirt.

And I suppose it was bound to happen. The first Instagram video TV series. Starts off a little eh (you'll see why), but maybe worth checking out anyway. If for any reason because maybe there will be lots more of these kinds of shows?

So, Size 000 is the new 23-in waist size hitting the racks at J.Crew any day now. Good news my legs, you'll now each get to wear your very own floral midi skirts! No more sharing!

Anti-poverty activists in Detroit are taking actions, including blockades, to fight water shut-offs in the city's poorest neighborhoods.

And if you would all stand please. I'd like to take a moment to acknowledge the brave, brave executives over at Abercrombie & Fitch for their recent pivot for 'diversity and inclusion'. Important work they're doing over there, especially considering the company has been hemorrhaging money for years, as preppie white boys abandon the hair gel skijump look and set out to discover their 'authentic selves' and a more worldly perspective. Bravo, A&F.

Uh, also, this news: "More than Half of Humans Now Live in Cities". This isn't going to end well.

In trend news, a new dance craze caught our eye. Imagine some combination of Tae-bo, massive strap-ons, and trap raves. If you have any image at all in your head right now, you probably already know how to start wubbing.

That awkward moment when you assume someone will prove you right, and they prove you wrong. We've all been there once or twice, but check out what it's like when it happens to the dumb-as-rocks transphobic 'news crew' over at FOX & Friends.

3000 workers in Japan's Fukushima power plant walked off the work site and refuse to return after their complaints about the poor handling of several disasters, unreasonable radiation exposure, and continued salary cuts have all gone unaddressed.

Over 80% of all voice calls in the world are reportedly being recorded and stored by the NSA.