What is Cybernetics? Musician and Artist Heather Hall has been studying it for years, and still doesn't know for sure, but has lots of great stories about it. 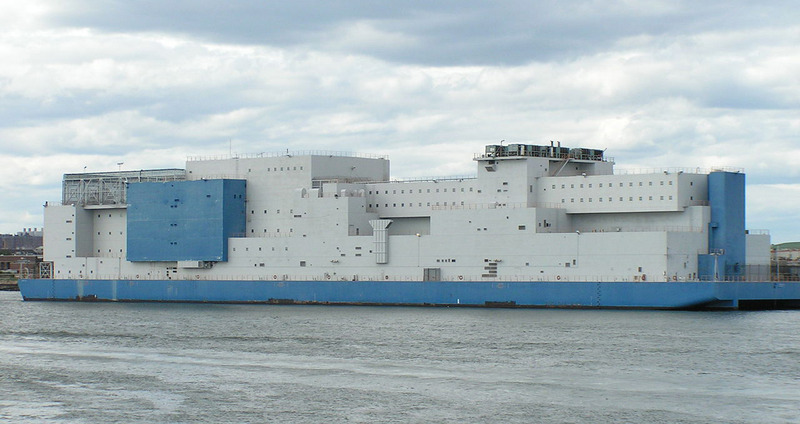 The Floating Prison, Oldest Man Ever, and Rave of Thrones

Hey, sorry I'm late. I got caught in the rain.

We don't have much time, so let's just get right into it: the NYPD (not known for their bedside manner) is planning a new gunshot-detecting network across NYC, which can apparently triangulate a gunshot precisely and notify dispatch in only a few seconds.

Second verse is the same as the first, but a whole lot louder and a whole lot worse: a judge in Florida found that police departments have "no mandate to screen police for hate group membership". Oof.

We laughed about this article about How To Talk To Babies About Marxist Theory over lunch. Looking at it again now, I think maybe it's just how talking on the internet works in general.

The world's cheetah supply is running low, due to their growing popularity as luxury pets. This comes as bad news for both cheetahs (who are quickly going extinct) and thousands of young Brooklyn women who hoped to pose with one for their Tinder bios.

Two words: Ivan Ooze. Not sounding familiar? Maybe you accidentally missed the original Power Rangers movie. You're in luck though, cause a new movie in the franchise is on its way. Also, I feel like I need to say that I did not have to look up that fact about the first Power Rangers movie. Saw it twice in the theaters, got that shit on lock.

Earlier today I had to wipe out my laptop from a torrential rain. Meanwhile, Los Angeles is drier than it has ever been. Methinks imminent disaster, but that's what I always say.

You know sometimes I'm like "more people should feel crippling shame and anxiety about their body", that's why I can't help but think this do-it-yourself unwashed hands bathroom alarm is so cool.

Turns out the actor who plays Hodor, the only moral compass on Game of Thrones, is a bangin' DJ and planning a big "Rave of Thrones" Tour. This is the sort of thing I have to write about, but barely care about.

In singularity news (jk, sortof): the smart thermostat company Nest and Samsung are developing a new technology called Thread, which will enable a national network radio towers connecting smart appliances, alarms, and sensors. And yes, those are goosebumps.

Germany may be headed the other direction in the wake of heightened fear of NSA surveillance, and is reportedly considering switching to typewriters.

Jersey City mayor ordered the removal of a street memorial for Lawrence Campbell who ambushed and killed a police officer, and was killed by their return fire. Crazy story, right?

There is a very long list of facts that devour every whimper of warmth in my heart. Somewhere near the top the Vernon C. Bain Correctional Center, which is a giant boat floating just off the coast of the Bronx.

A new study from the Centers for Disease Control finds that 96.6% of American adults identify as straight. The study did not mention when the cure for straightness would be ready.

More leaks from Edward Snowden indicate the UK has been psychologically manipulating the behavior of users on various social networks: forging web traffic, altering online poll statistics, and making certain posts more or less popular. We aren't machines per se, but we do have levers and buttons.