The Big-Tee Dress Mix. Nothing says “I always look cute” like gliding around in your favorite oversized tee and undies. 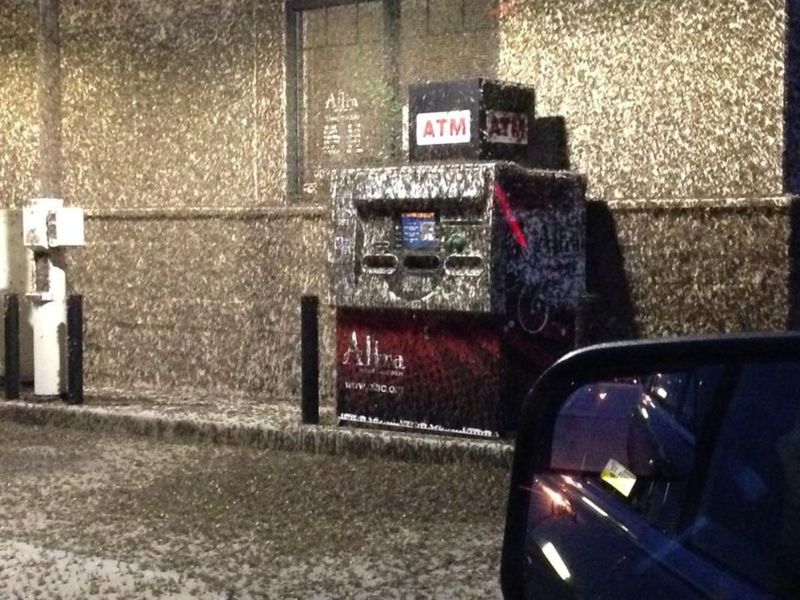 Kim Kardashian's Game Crashes, Queer Nirvana, and the Death of the American Dream

Hudson Mohawke is releasing his new solo EP, Chimes, on September 30th. Until then, here’s the title track.

Jay Z and Beyoncé might be splitting up after their ‘On The Run Tour’. Whatever.

There are currently so many mayflies in Wisconsin that they show up on weather radar. You might have seen some of the crazy pictures floating around the internet. The pictures may disgust you, but as Wired reminds us:

Mayflies are some of the most ancient insects around; they are well represented in Carboniferous fossils dating >300 million years ago. ... Try to focus on the wonder, rather than the gross out. The protein in mayfly bodies may have powered the rise of the reptiles. We can share some space for a few days.

Last night, somebody replaced the two American flags on top of the Brooklyn Bridge with two white ones. Nobody knows who or why or how, but the NYPD brought a whole squad to investigate and re-replace the flags.

Nirvana played a reunion concert in April, with St. Vincent and three other women singing Kurt Cobain's parts. St. Vincent talked to Rolling Stone about how the reunion concert honored the queer, feminist scene, and paying tribute to an important part of their history that's often overlooked.

U.S. work-safety regulating body OSHA has released a new video game to teach and encourage safe working practice. Will it work? Who knows, but something's gotta give; there are around 3 million work related injuries and illnesses reported in the U.S. every year.

If you're into Woody Allen, you might wanna listen to his very first podcast conversation ever. Or just read the highlights summarized by Indiewire.

If you think you'll ever need to make hundreds of water balloons, consider helping fund this contraption. A $15 donation will get you one.

Kim Kardashian's über popular game Kim Kardashian: Hollywood became so popular that it crashed a couple of days ago, inciting angry players to attack Kim on her Instagram. In other important historical news, a US Environmental Protection Agency's Water Office tweeted about the Kardashian game and it made the news.

It's amazing these email swindles still work, and apparently there's a new one, what The New York Times calls “Nigerian email swindle 2.0”. Tl;dr: don't click on mysterious links or attachments in emails from strangers. May they swindlers get what they deserve, i.e. billions.