Dubai's "Mall of the World" will be the first climate-controlled city, and perhaps a precursor for urban development to come.

Your Google Glass Is Boring as Fuck

A few weeks ago I got to try my co-worker’s Google glass. I was at work, and my co-workers and I were discussing the latest Google I/O conference and all the gadgets that had been displayed there. We agreed that Google Glass had been pretty absent from the conference. A co-worker mentioned he had one; I was intrigued and asked to see it. The media has been swamped with stories about Google glass in the past year, and I was eager to see what the hype was all about. My co-worker went to grab it and showed it to us.

I put it on, and the first thing I saw was nothing. Well, first I had to figure out how to turn it on. Then, a quick swipe with my finger on the side showed me a clock. Do you ever have eye floaters that move when you try to look at them? That’s what it felt like to look at the screen. It was not quite in my field of view and a bit too far away to be comfortable to look at. We attempted for about 10 minutes to make it do something impressive. Eventually, we had to settle for “O.K. glass, take a picture” after which a blurry image of my co-worker quickly appeared on his phone. That was pretty much it.

Why am I telling you this? Well, frankly, after all the hype both on the side of the “glass explorers” and those who hate it, I expected more. Much more. I’ve been more impressed by 3D-printed puzzles than by this device. The experience was encapsulated in a “Meh”. If you ask me, this device will be on the shelves of Goodwill Stores in a couple years. When people realize they don’t want to walk around looking like a total nerd just so they can check a text or take a photo of that cute girl’s butt crack without pulling out their phone, the obsession will be over. The techno-utopia is not out of the gates yet, and it’s not coming anytime soon — Glass, the new smart watches, and other wearables will all fall short of what we expect. Ultimately, with all of these things, we are still being fed the same information the same way: through a flat screen. BORING! Call me when I can tweet inside a Virtual Reality Mall while I ride a hover board around cyberspace.

Gregg is presenting on “Surveillance, Sousveillance, and Anti-Surveillance: Artistic Responses to Watching” at HOPE X in New York City on July 18, 2014. 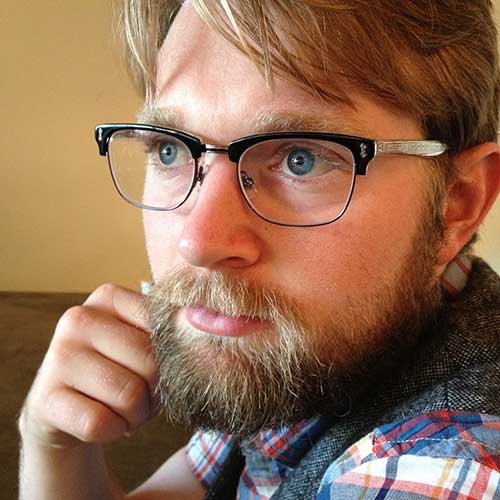 Gregg Horton is a self-described “techie scum” working in San Francisco and living in Oakland. When not writing code, he enjoys making sound, and teaching others how to stick it to the man through encryption. He thinks your start-up idea is dumb.